2 million SUVs sold in Europe in H1. The region’s main driver of growth 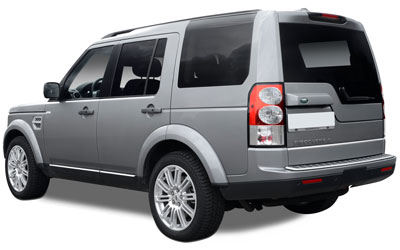 A big part of European new car registrations surge is explained by the SUV boom. In H1 2016 there were 1,997,600 units sold which counted for 24.7% of total market. That was 24% more than the quantity registered in H1 2015 and was for sure one of the region’s main drivers of growth considering the fact that none of the traditional segments (A to D) posted growth above 8%, while MPVs increase stayed at 1% only. Along with SUVs, sporty cars also recorded big increases with their volume posting a rise of 31% over H1 2015. 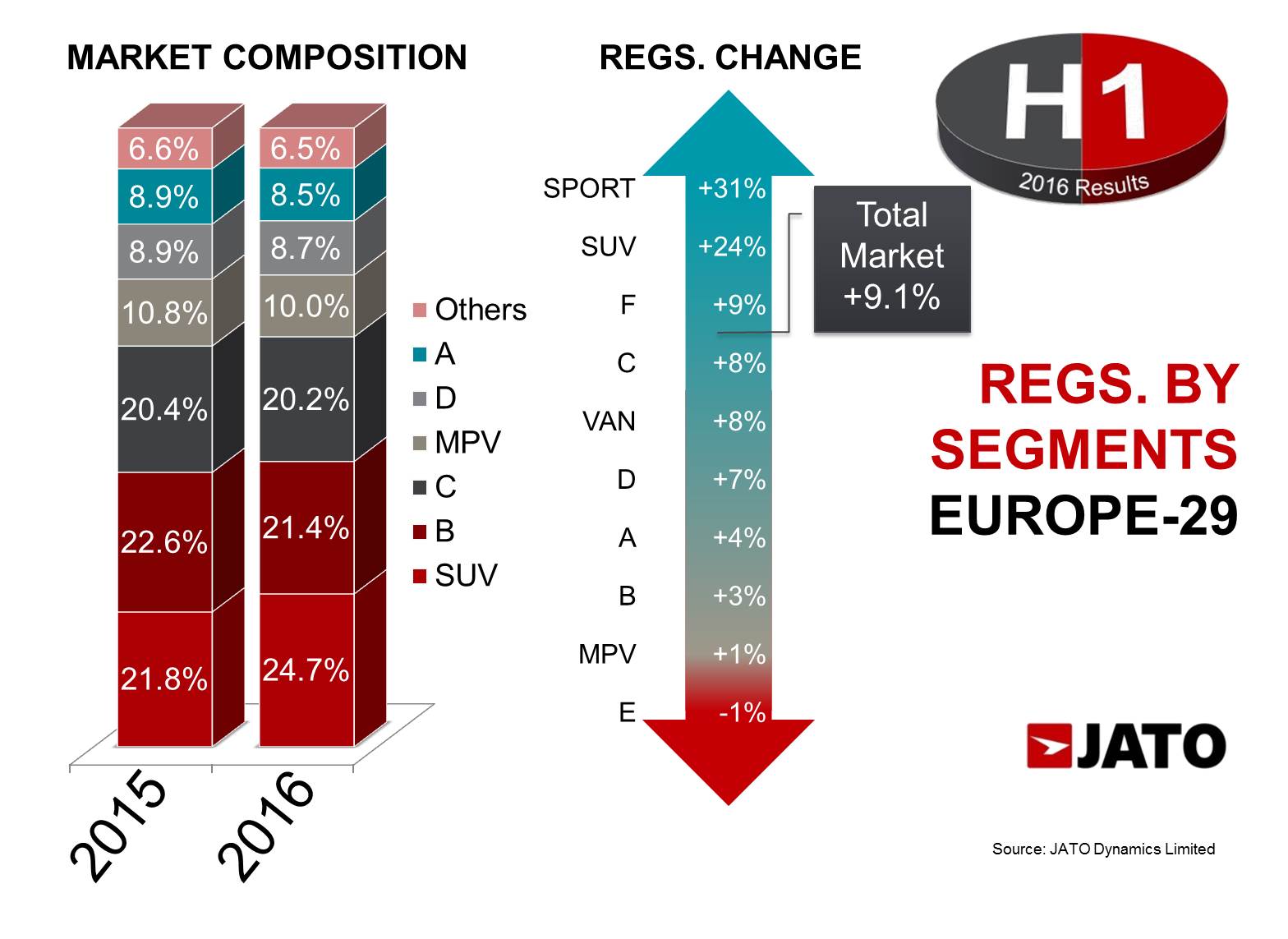 The SUVs growth was more evident in Croatia (+71%), Ireland (+58%) and Hungary (+50%) but they posted positive changes in all of the 29 markets in scope. The lowest increases took place in the Netherlands (+7%), Switzerland (+8%) and Romania (+10%). In terms of market share within each market, SUVs were particularly popular in Cyprus, where they counted for more than half of total market (52%), Latvia, Estonia, Lithuania and Hungary. In the opposite side there were Denmark where only 15% of total registrations corresponded to SUVs, Greece and Portugal. 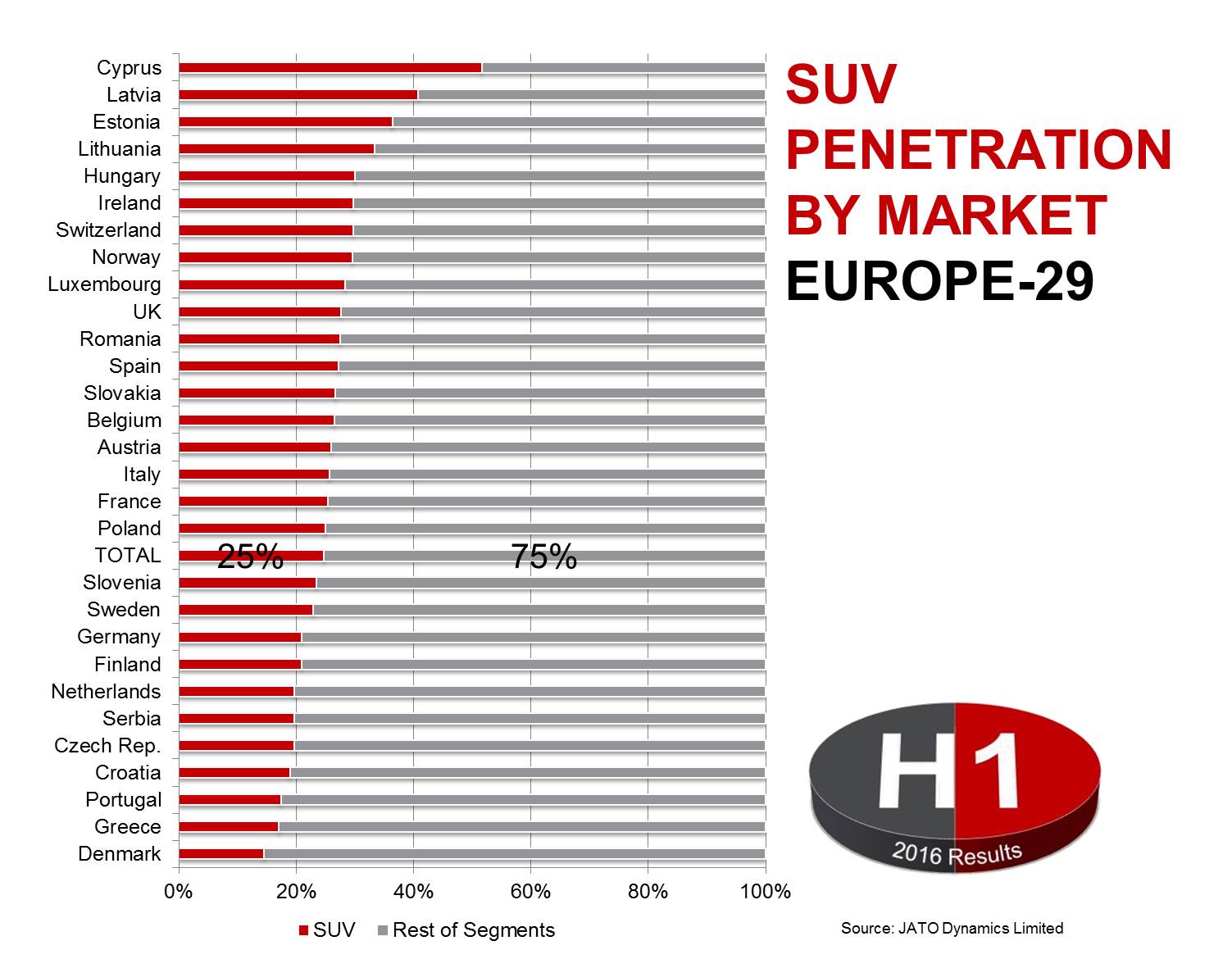 Nissan kept the lead of the SUV segment with 213,200 units or 10.7% segment share. The Japanese brand succeeds with the Qashqai compact SUV, Europe’s best-selling SUV, the X-Trail and the Juke. However its SUV registrations grew by only 6% as the Qashqai faces more tough competition, and the Juke gets old. Nissan’s fall is also explained by its partner Renault’s surge. It was the second-best selling SUV brand and its registrations grew by an outstanding 60% thanks to the good momentum of the Captur and the excellent figures posted by the Kadjar. It was not the only one to record a sales increase. BMW, Audi, Ford, Mercedes, Hyundai, Kia and Fiat posted also big increases. The lack of new products explained the drop on SUV registrations for Opel/Vauxhall and Volkswagen. 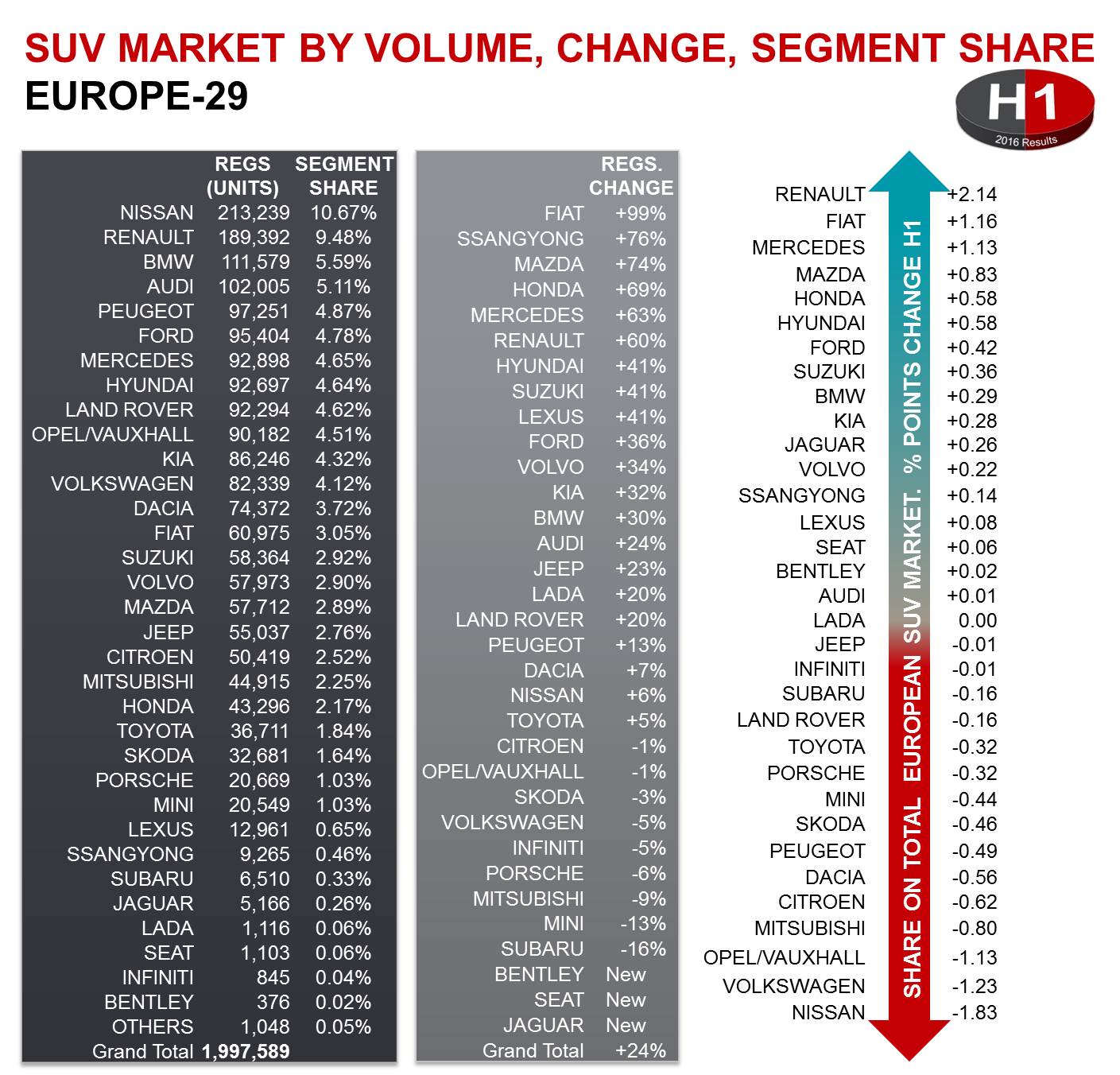 According to our forecast partner LMC Automotive, SUV sales are expected to total 5.1 million units by the year 2020. That’s 30% of the total.