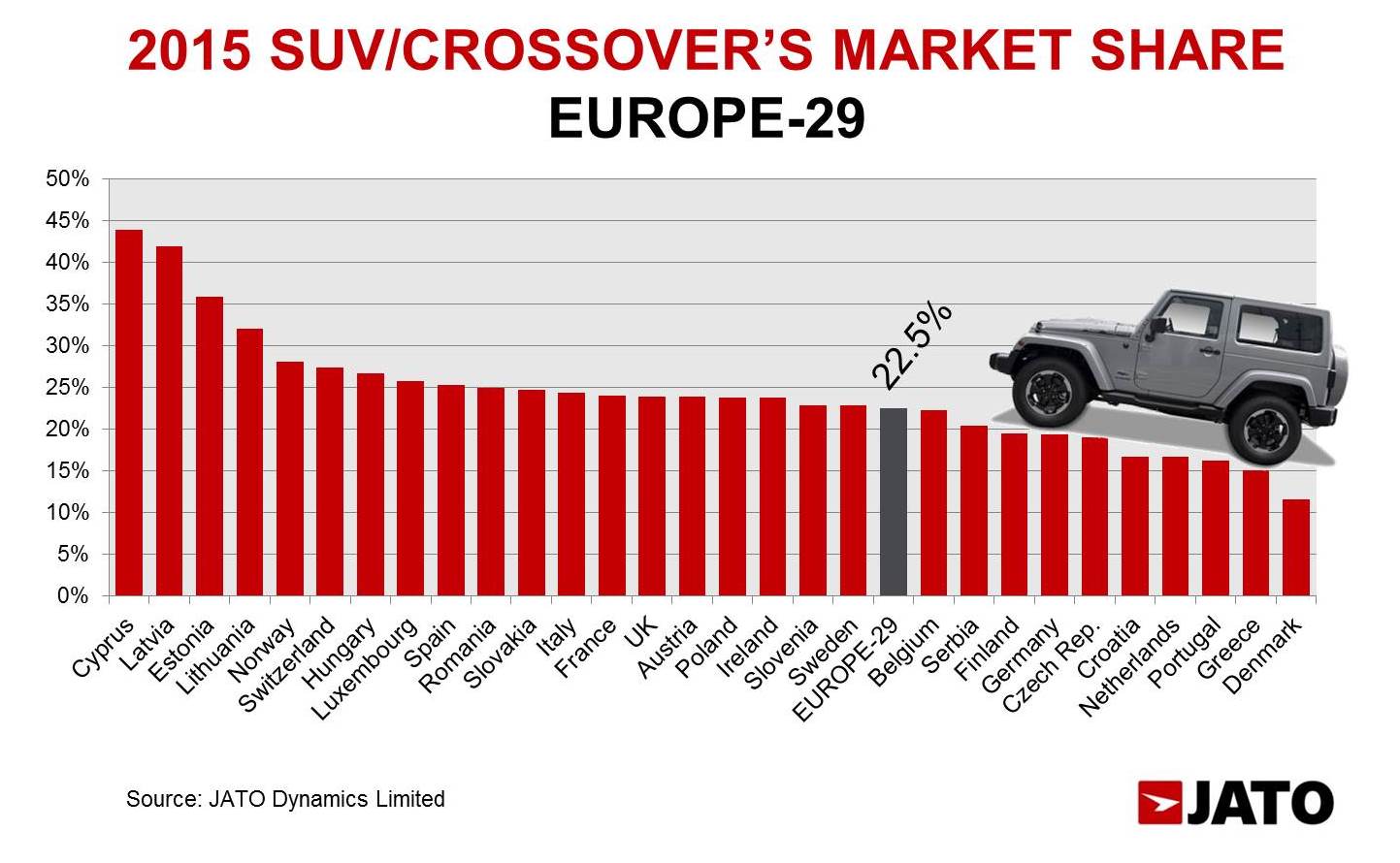 Last year total SUV registrations outsold any other single segment in Europe. The boom of this kind of vehicles follows an increasing interest for taller and more capable cars with an aggresive design that only SUV/Crossovers can feature. Looking at the data for 29 European markets, the results for 2015 suggests that in ten of them the SUV/Crossover ranked first in the segment table. The fact that they dominated in the UK and Spain helped to achieve the first place in the market’s overall as the SUV/Crossovers were outsold by the subcompact segment in France and Italy, and by the compact segments in Germany. The markets where these vehicles led the segments in 2015 were: Austria, Belgium, Cyprus, Estonia, Latvia, Lithuania, Luxembourg, Spain, Switzerland and the UK. Therefore there were two major markets, three midsize and five small ones.

The UK was the largest market by volume at 630,400, above Germany with 622,300. In terms of market share, the SUV were extremely popular in Cyprus where the 4,030 units represented 44% of total market. In fact, the Nissan Qashqai (C-SUV) was the best-selling model with volume up by 60% comparing with 2014 results. In Latvia the SUV/Crossover market share exceeded also the 40% mark at 41.8%, and it was followed by Estonia and Lithuania (36% and 32% sare respectively). Again the Nissan Qashqai ranked first in Estonia and Latvia, and third in Lithuania. Norway, the market with the highest quantity of benefits for Electric Vehicles, occupied the fifth place in terms of market share with SUV counting for 28% of total registrations. Spain, at 9th place was the major market with the highest SUV penetration: 25%. In the opposite side there were Denmark with only 12% of SUV share (due to higher taxes to all cars), Greece (15%, due to the economic crisis and higher taxes to new and powerful vehicles), and Portugal (16%). Germany was the major market with the lowest SUV penetration at only 19% mostly because of the reduced Volkswagen brand SUV range. 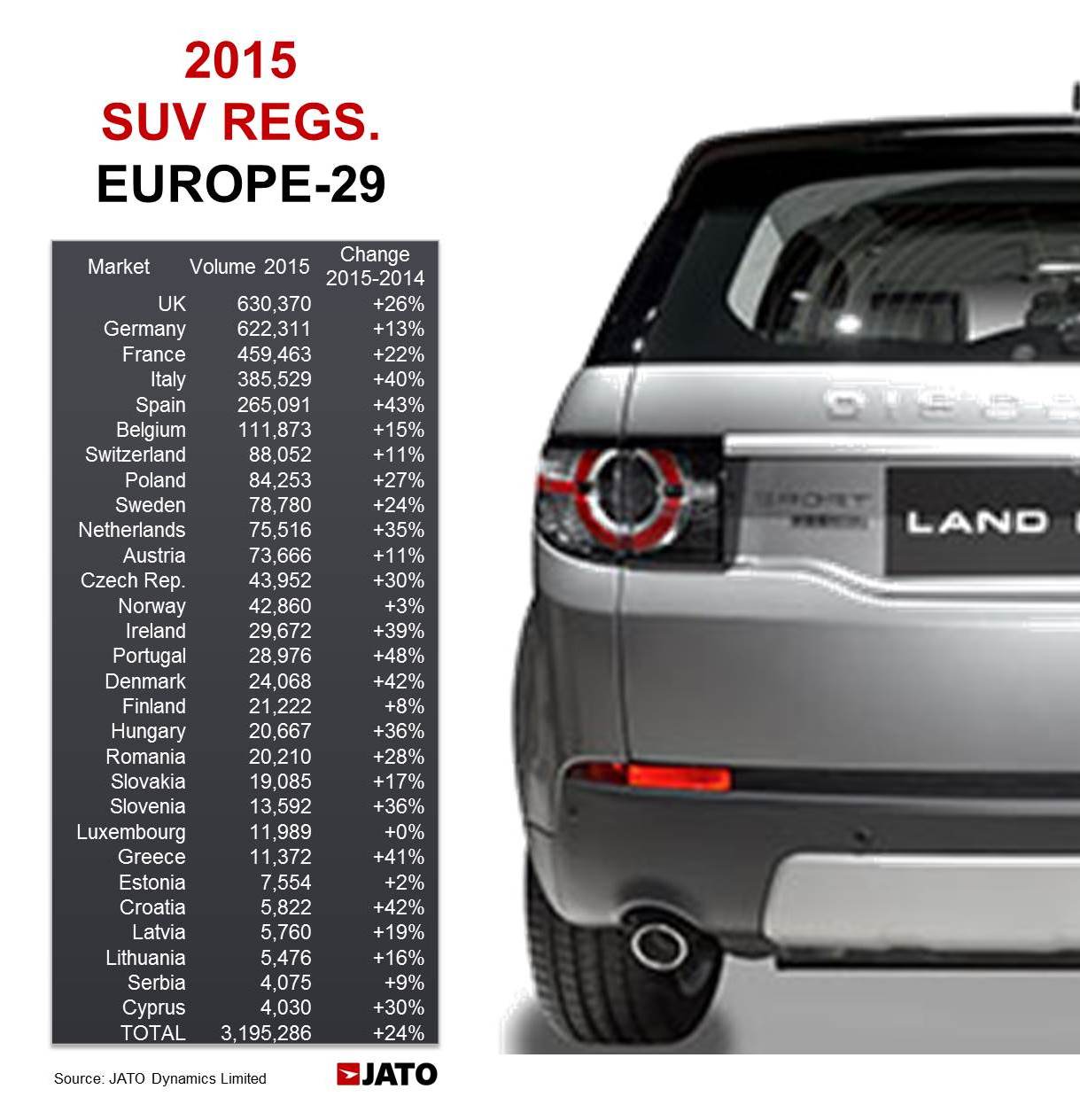