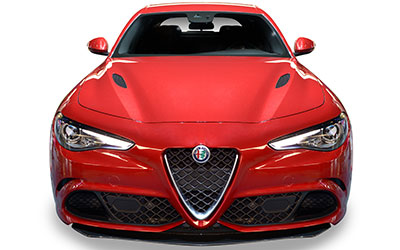 With only one bodytype available and few months after its official introduction, the new Alfa Romeo Giulia has already entered the European premium midsize top 10 through September this year. The Italian brand managed to register 5,105 units of the Giulia between January and September this year in 27 markets of Europe. This means that the model became the 9th best-selling premium midsize car right after the 8th place occupied by the DS 5, and ahead of the 10th in the list, Lexus IS. This ranking includes all bodytypes available: sedan, SW, convertibles, coupe and hatchbacks. 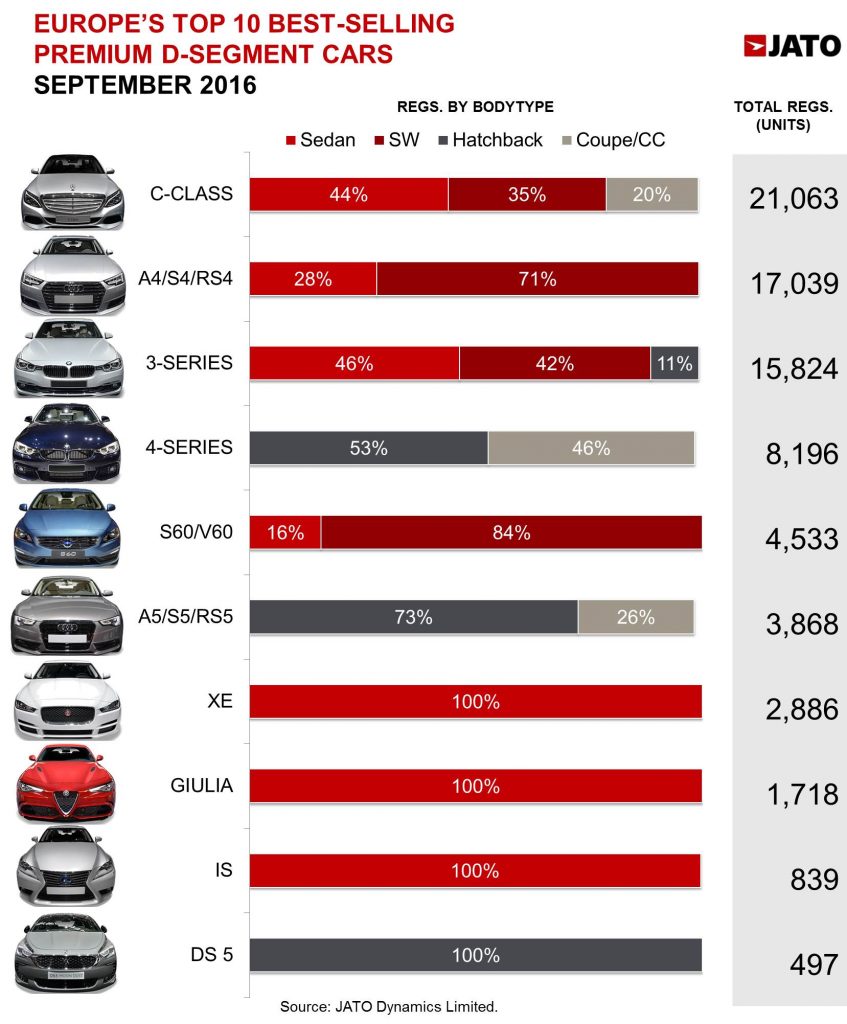 The results for the Giulia are even better when including only the Sedan bodytype. In this case it was the 6th best-selling premium midsize sedan ahead of the Lexus IS and the Infiniti Q50, but still behind the Germans, Jaguar and Volvo. Despite this important position within the ranking, the volume for the Giulia looks quite small when compared to the registrations of the sedan versions of the Mercedes C-Class, BMW 3-Series and Audi A4. The Italian car gets only close to the Volvo S60, as the Jaguar XE has registered almost four times more.

However the latest month results indicate that there is still a long way ahead. Even if the Alfa Romeo Giulia was the sixth best-selling premium midsize sedan, outselling the Volvo S60, its 1,718 units were far away from the 9,256 units registered by the Mercedes C-Class Sedan, the 7,341 units of the BMW 3-Series Sedan and the 4,797 units of the Audi A4/S4. Even the Jaguar XE was ahead with 2,886 units. 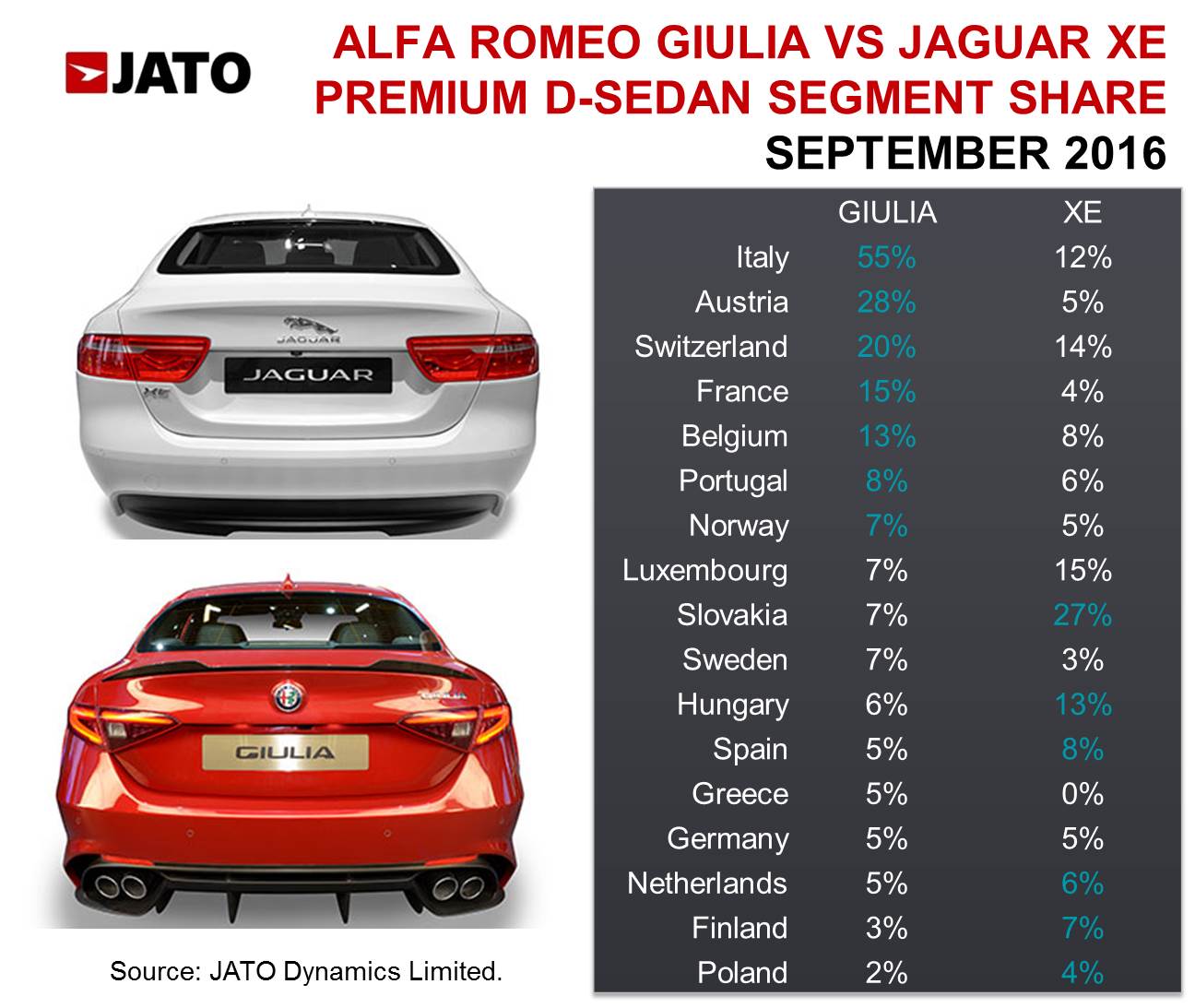 Of course Italy has a big role in Giulia’s commercial performance. A bit more than 44% of its European registrations took place in its home market, even if the sedans are not really popular there. The Giulia was the best-selling premium midsize sedan in Italy in September with 762 units, but the demand clearly prefers the SW bodytypes as it shows the figures for the month: 57% of September registrations corresponded to SW, while Sedans counted for 30% of the total. Therefore most of the Giulia sales performance is relying on a market that does not consider the sedan bodytype. 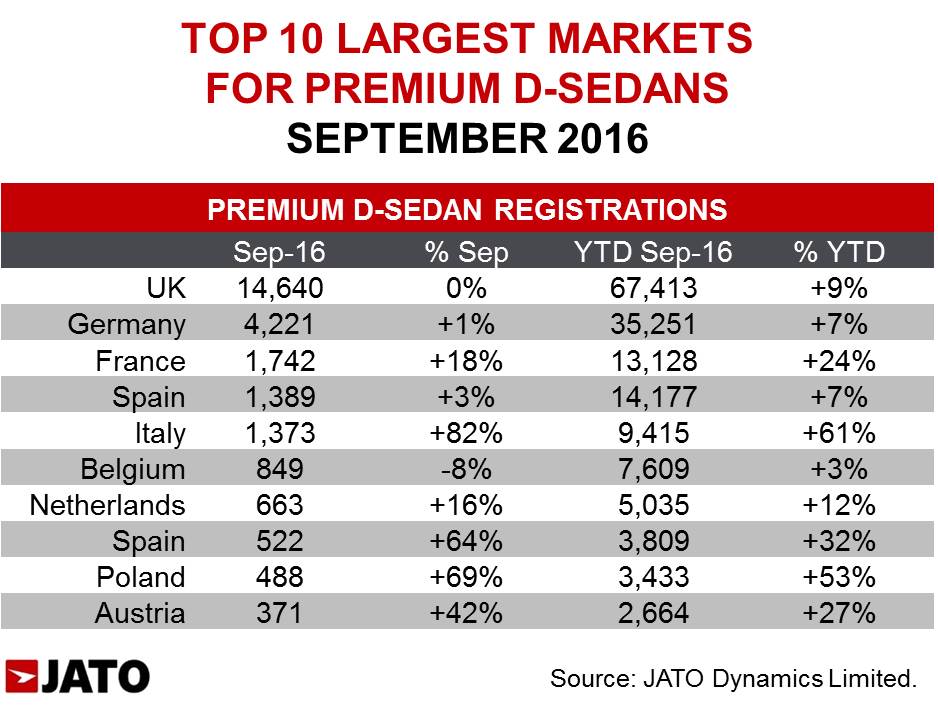 Outside Italy the situation is different. The UK, the largest market for the premium midsize sedans, has not yet registered any unit of the Alfa Romeo. In Germany, where SW bodytypes are also popular (56% of premium D-Segment sales in September), the Giulia recorded a 4.9% segment share, or ten times less than the share posted by the Mercedes C-Class. In France, where the sedans counted for the majority (41%) of the premium D-Segment registrations, the Giulia is better placed with 15.3% segment share, and quite close to the Audi A4/S4 at 17.6% and BMW 3-Series at 18.3%.

The Giulia also posted important segment share (Sedan only) results in Austria (27.8% share) and Switzerland (20.2%). In contrast it was very unpopular in Poland, Finland, Netherlands, Germany, Greece and Spain.