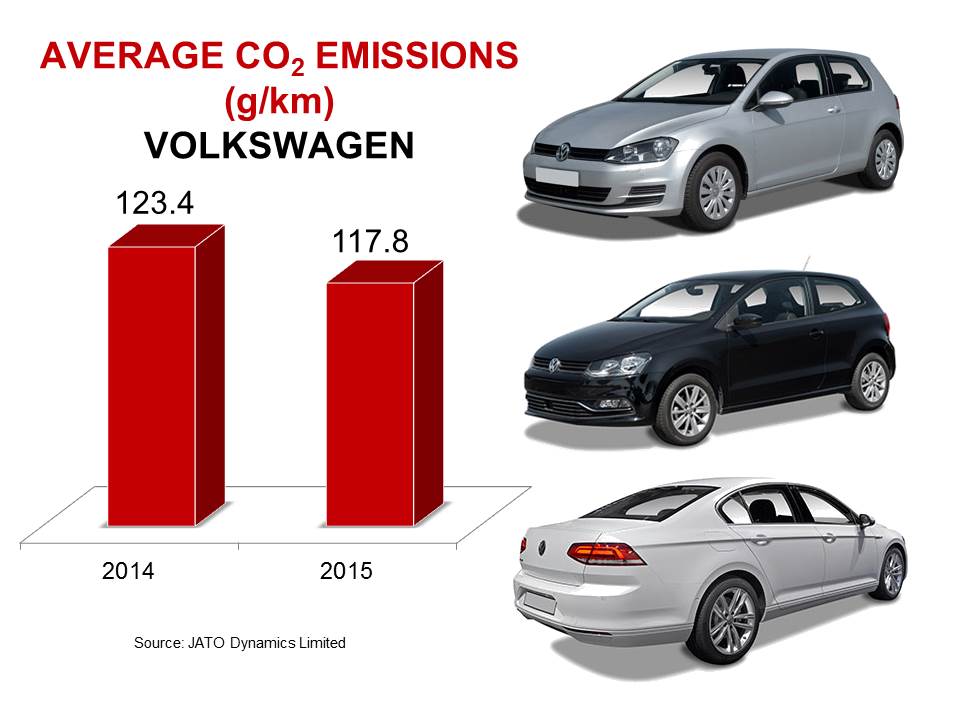 The largest car maker in Europe registered average CO2 emissions of 117.8g/km, down by 5.6g/km from 2014 results. It was the third best improvement within the top 20 best-selling brands ranked by average CO2 emissions. Volkswagen remained in 10th position and got very close to Fiat, while it outperformed Ford. The VW Passat posted the highest reduction falling from 129.2g/km in 2014 to 114.1g/km in 2015, whereas its registrations grew by 49% to 225,000 units, counting for 13% of the brand’s total. Most of the improvement was driven by the diesel engines with an average of 115.1g/km against 128.3g/km recorded by the previous generation in 2014. VW also sold 4,800 alternative-fuel Passat’s with an average CO2 emissions of 37g/km.

Other models to post reductions include the Polo with a reduction of 6.0g/km thanks to the petrol and specially the diesel engines which reported an average of only 89.6g/km. The long-standing European leader – the Golf – recorded a reduction of 3.5g/km that was possible mostly because of the natural gas versions (94.0g/km) and the petrol engines which counted for 41% of the total. The first-generation Tiguan was able to reduce its average CO2 emissions by 4.7g/km thanks to the diesel engines mostly. The Up! posted the lowest average at 98.7g/km, but it was 1.7g/km higher than the average seen in 2014.

Cupra, Jeep, Skoda, MG and Mini were the brands to register the best performance in Europe last year, in terms of C… https://t.co/yXQxZhYCbo