Average CO2 emissions: Skoda, the most improved brand in 2015 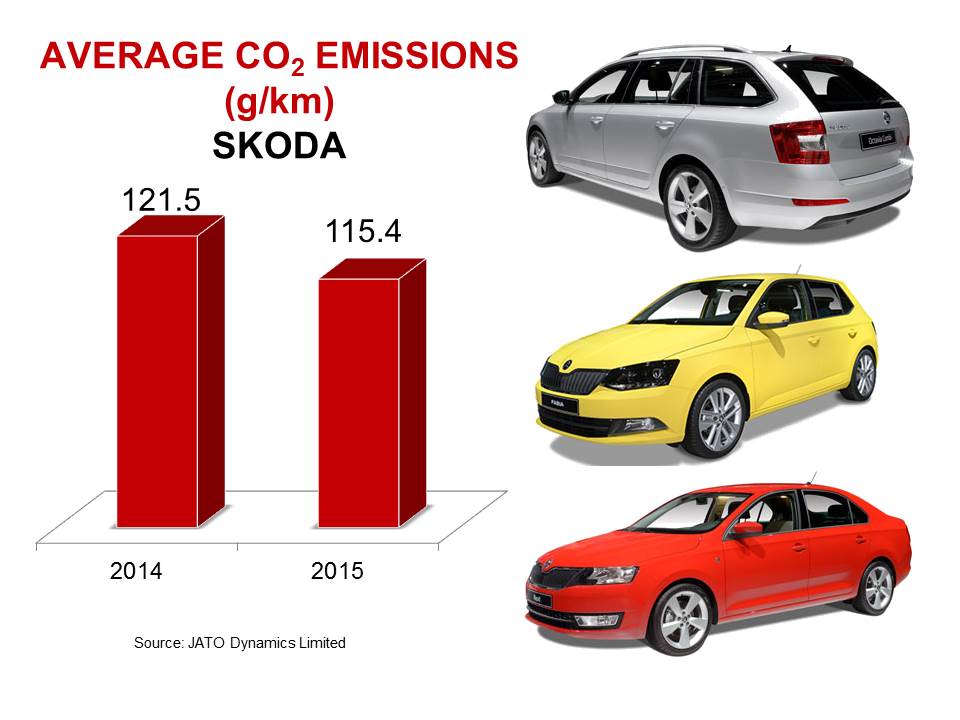 The average CO2 emissions recorded by Skoda in 2015 took the brand from eighth to sixth place among the top 20 best-selling brands ranked by av. CO2 emissions. The two gained positions were the result of the highest improvement achieved by a brand in the top 20. Skoda was able to reduce its average emissions from 121.5g/km in 2014 to 115.4g/km outpacing Seat and Fiat. The 6.2g/km improvement came as a result of better engines featuring the new-generation Fabia, its second best-selling model.

In 2015 the Fabia posted a massive sales growth of 38% to 160,000 units in the 23 markets analysed in JATO’s latest CO2 release. The increasing registrations were possible thanks to the arrival of the new-generation, which also featured improved engines that allowed this subcompact to reduce its average CO2 emissions from 121.6g/km in 2014 to 107.1g/km in 2015. Around 85% of the Fabias sold last year were powered by petrol engines that registered average CO2 emissions of 109.5g/km (vs. 124.9g/km recorded in 2014). The diesel engines were even more efficient in terms of emissions with 93.5g/km. The Fabia’s improvement came along with fewer average emissions posted by the Rapid (-6.3g/km), Yeti (-8.1g/km) and Superb (-9.1g/km). The top-seller of the Czech brand – the Octavia – posted a tiny growth of 0.2g/km over 2014 results following a 1.3g/km increase coming from the diesel engines, which counted for 72% of its sales.