Chevrolet’s withdraw from Europe: its impact on Opel/Vauxhall

GM has finally dropped the Chevrolet brand in Europe. After a bit more than 10 years in this market, the American car maker stopped selling the Spark, Aveo, Cruze, Malibu, Orlando and Trax to focus on its Opel and Vauxhall brands. Their goal is to increase the profitability of its European operations by eliminating the cannibalization that took place when both ranges were available. Now that Chevrolet mainstream cars are out of Europe (the Camaro and Corvette super sports cars are still available), we have a look at the latest effect the withdraw has had on Opel/Vauxhall volumes across Europe. 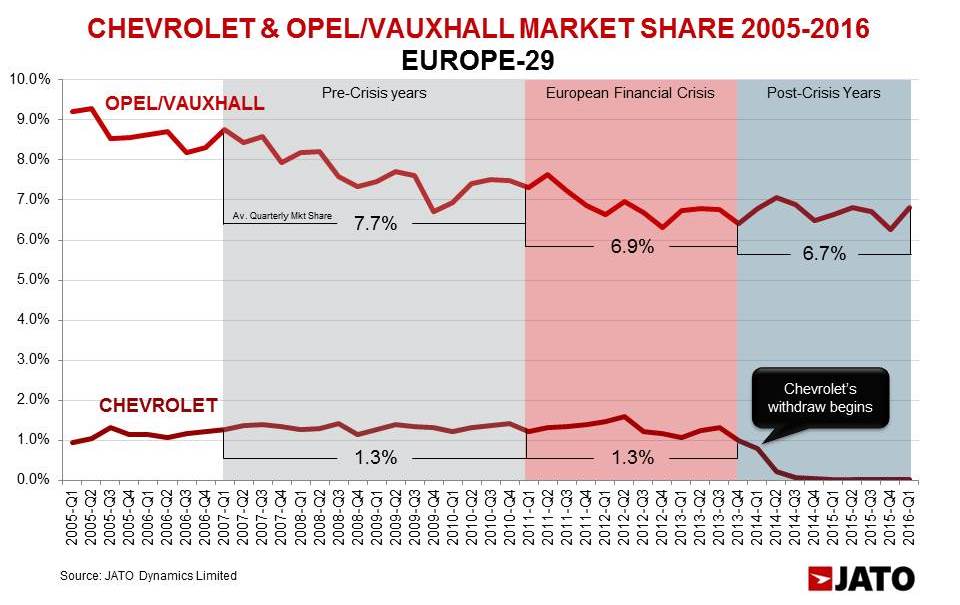 In contrast to Chevrolet’s stable market share during the worst years of the European economic down turn, Opel/Vauxhall lost 0.8 percentage points of share during that period. These brands’ share continued to fall despite the upturn in the industry since 2014, and the beginning of the withdraw of Chevrolet brand.

With the exception of the first quarter of this year, the withdraw of Chevrolet brand has not had a positive effect on Opel/Vauxhall’s market share. 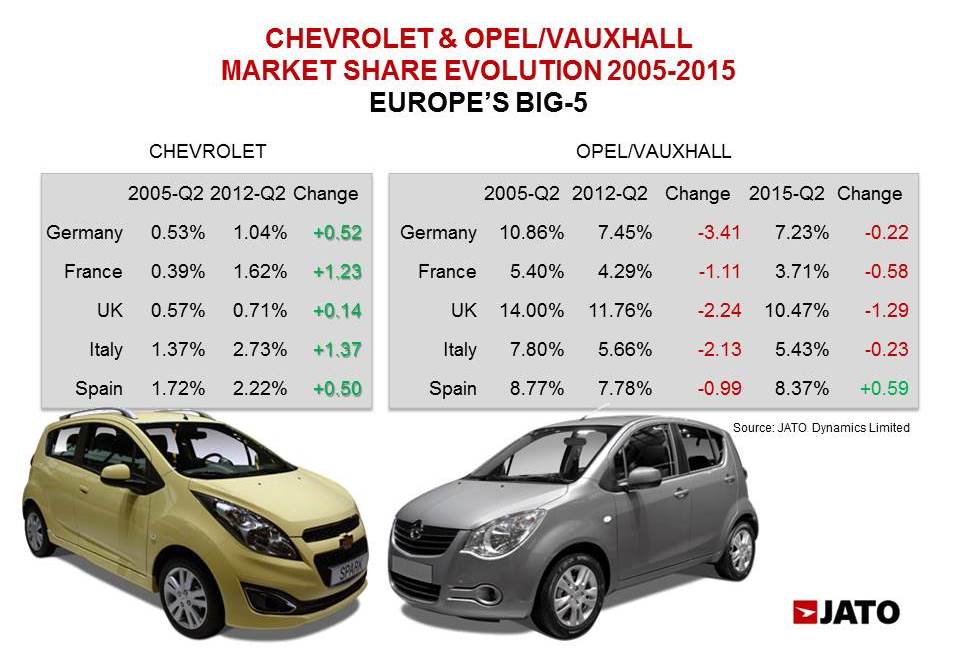 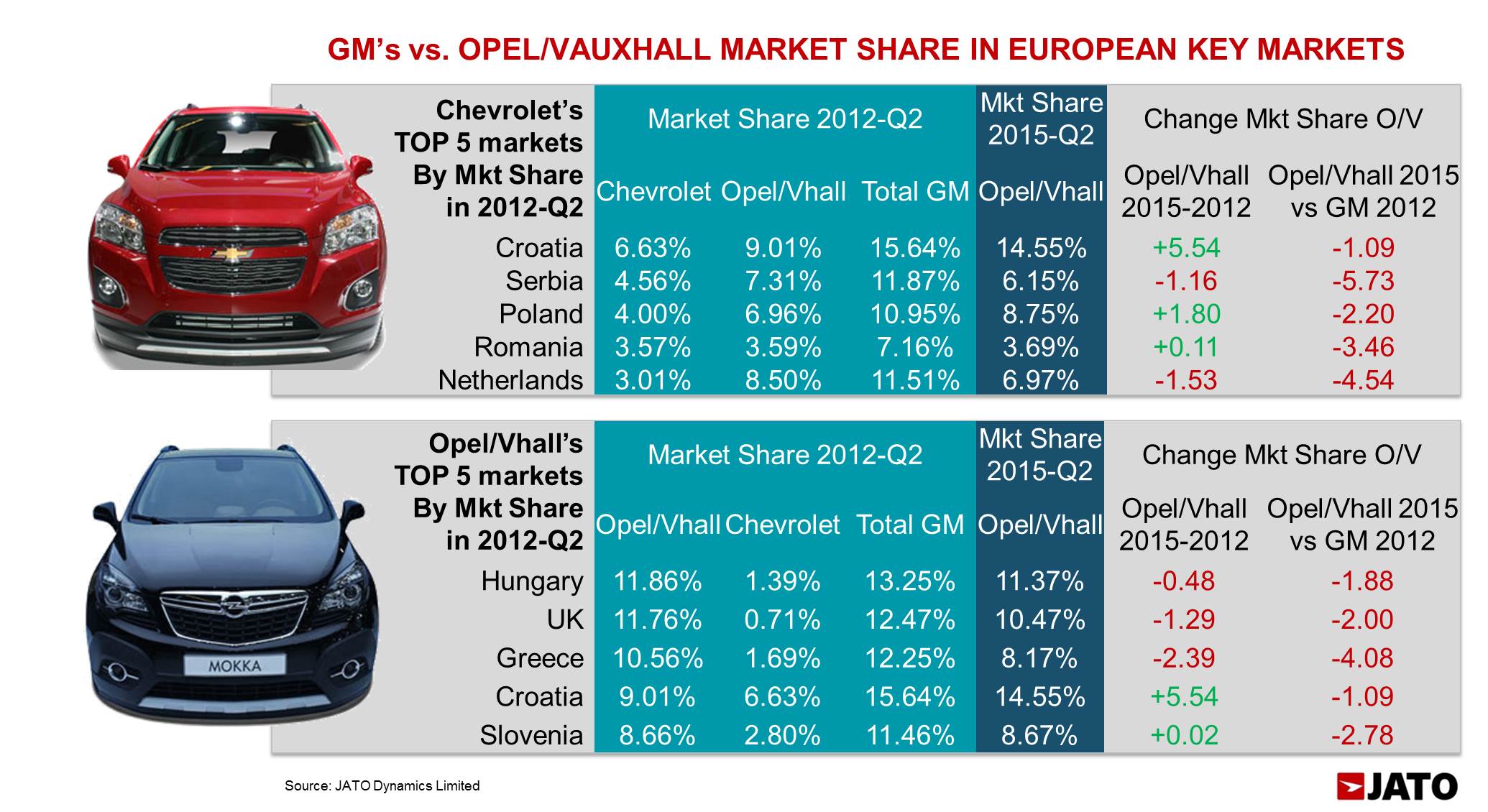 This chart shows the final effect of Chevrolet’s drop. The first table shows what happened to GM’s share in those markets where Chevrolet had the highest market shares. While Opel/Vauxhall share increased in Croatia, Poland and Romania, the rise was not enough to offset Chevrolet’s withdraw as shown in the last column. The second table shows the same results for those markets where Opel/Vauxhall posted the highest market shares in 2012-Q2.

#EV growth inconsistent across Europe and US, while developing markets fall further behind. Read more: https://t.co/9woP6jj9GW