January 2016 was a good month for the Big 5 European markets with registrations up by 6.7% comparing with the same month of 2015. Compact cars was the third largest segment counting for 18.7% of total market. That is lower than the share seen one year before (18.9%) and two years ago, in January 2014, when these cars represented 19.5% of the market. Within ths context the Volkswagen Golf keeps leading thanks to its dominant position in Germany, the largest market in the region. However when looking at the results for January since 2014, there’s a clear negative trend in terms of segment share. In January 2014 the Golf registrations counted for 21.3% of the Compact segment and one year later that share dropped to 20.8%. In January 2016 the lond-standing European leader was again the first in the ranking but its segment share continued to fall: 18.4%. That is almost 3 percentage points less than the share achieved two years before.

Meanwhile some of its competitors are getting stronger. The Peugeot 308 and Opel/Vauxhall Astra posted the highest segment share gains since January 2014, becoming the strongest competitors of the Volkswagen. During that period of time the Peugeot’s share jumped from 5.4% in January 2014 to 8.2% in January 2016. In the case of the Astra, its share fell in January 2015 comparing with January 2014, at 5.5%, but the new generation seems to work taking its share up to 7.8%. Therefore these two models have gained 5.02 percentage points of share while the Golf lost 2.96. Nevertheless, the 308 and Astra together don’t equal the Golf’s total registrations. Look at the charts for more details. 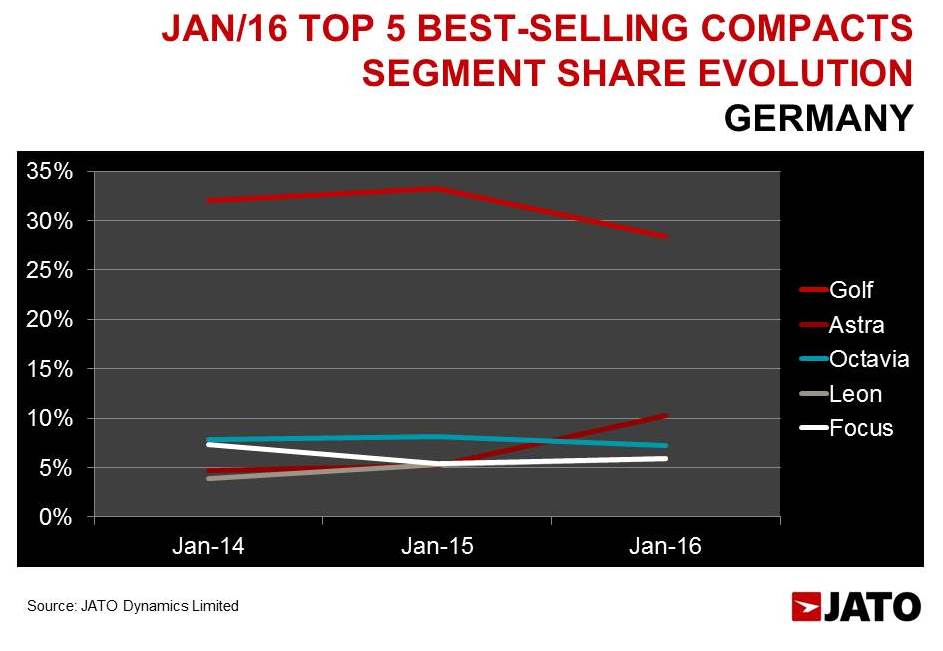 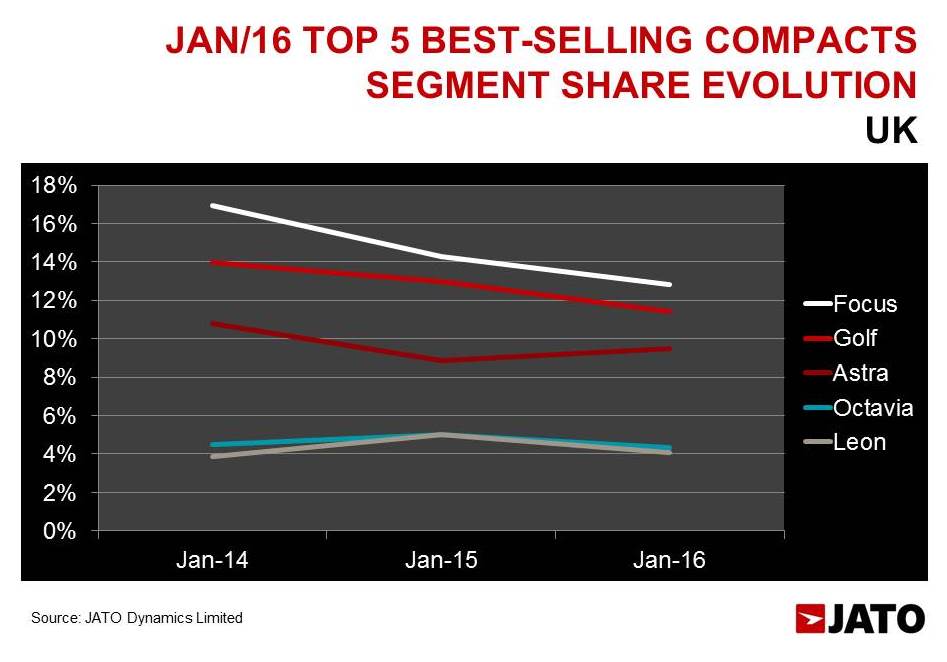 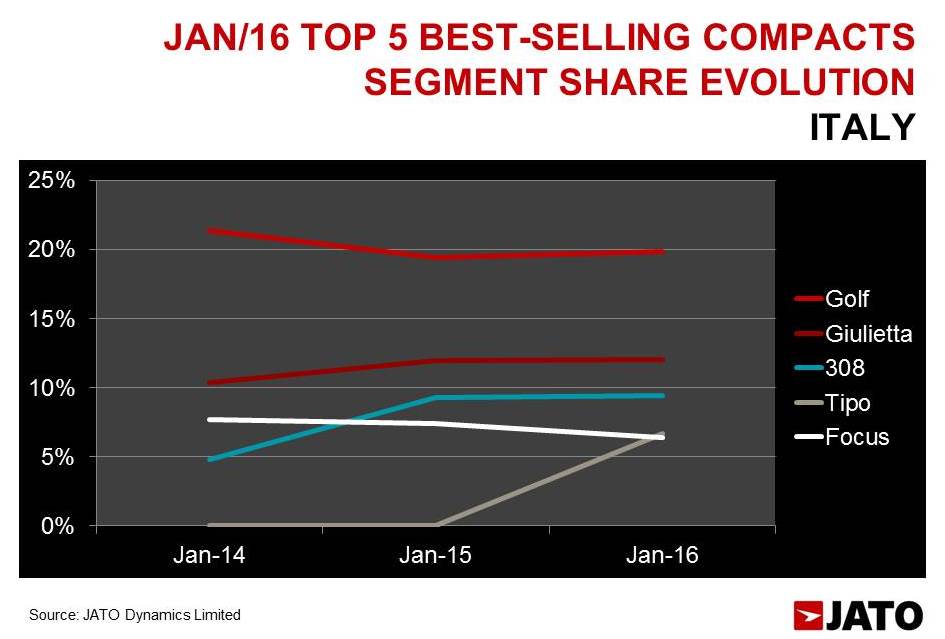 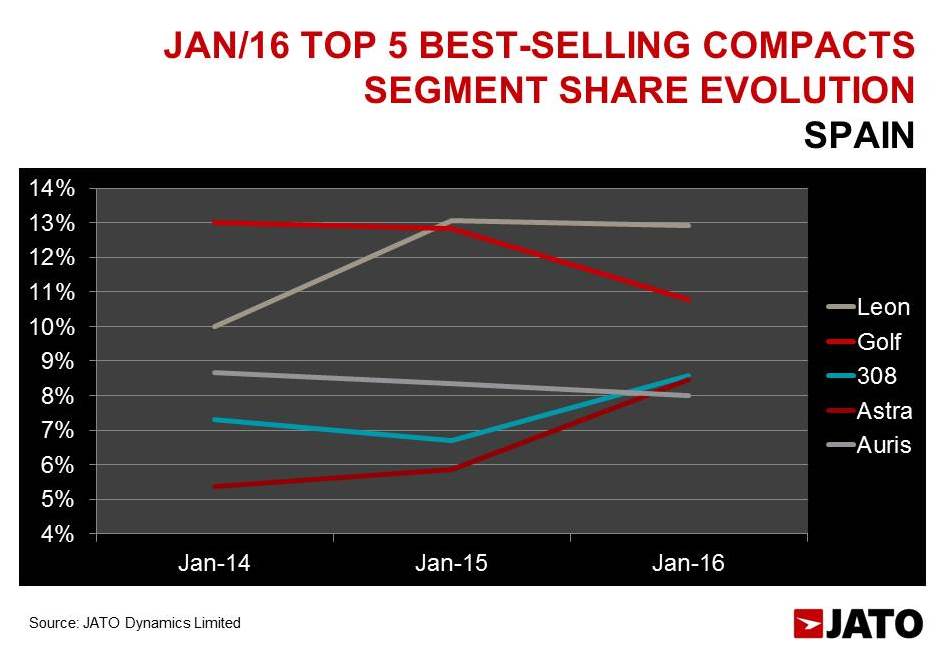