DS 7 Crossback: the premium SUV according to French

It took a while, but French got finally a premium SUV. PSA’s DS brand has just revealed the first pictures of the DS 7 Crossback SUV that will be officially introduced at Geneva motor show next week. It is going to have the difficult task of reverting the decreasing trend in sales posted by DS brand during the last months. The ageing line-up along with the lack of SUVs resulted on a 15.4% decline in volume last year compared to 2015 results. The French car maker sold more than 85,000 units in 2016 from a 6-products range that include 3 models exclusively sold in China. 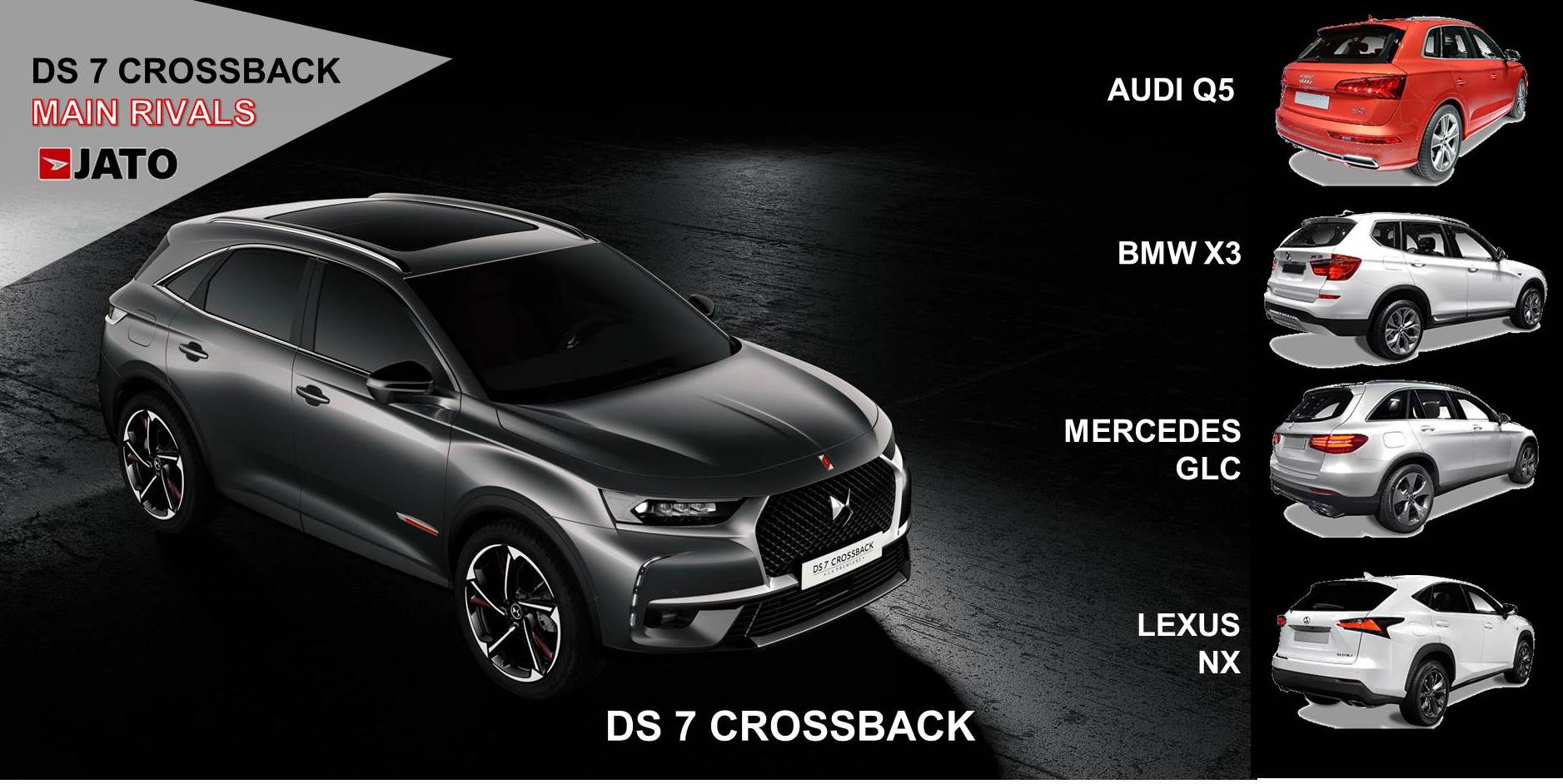 The DS 7 Crossback joins the premium D-SUV segment by featuring the traditional DS shapes, lights and refined interior. The car will make use of the French luxury tradition to conquer the consumers in Europe and China, its two major markets. But it won’t be easy. Despite the innovations and the upscale trims, the new-born from PSA is set to face the poweful competition from the big 3 Germans, which is not an easy task these days. Audi, BMW and Mercedes controlled 49% of global premium C-SUV segment in 2016, leaving half of the market to 10 more brands. 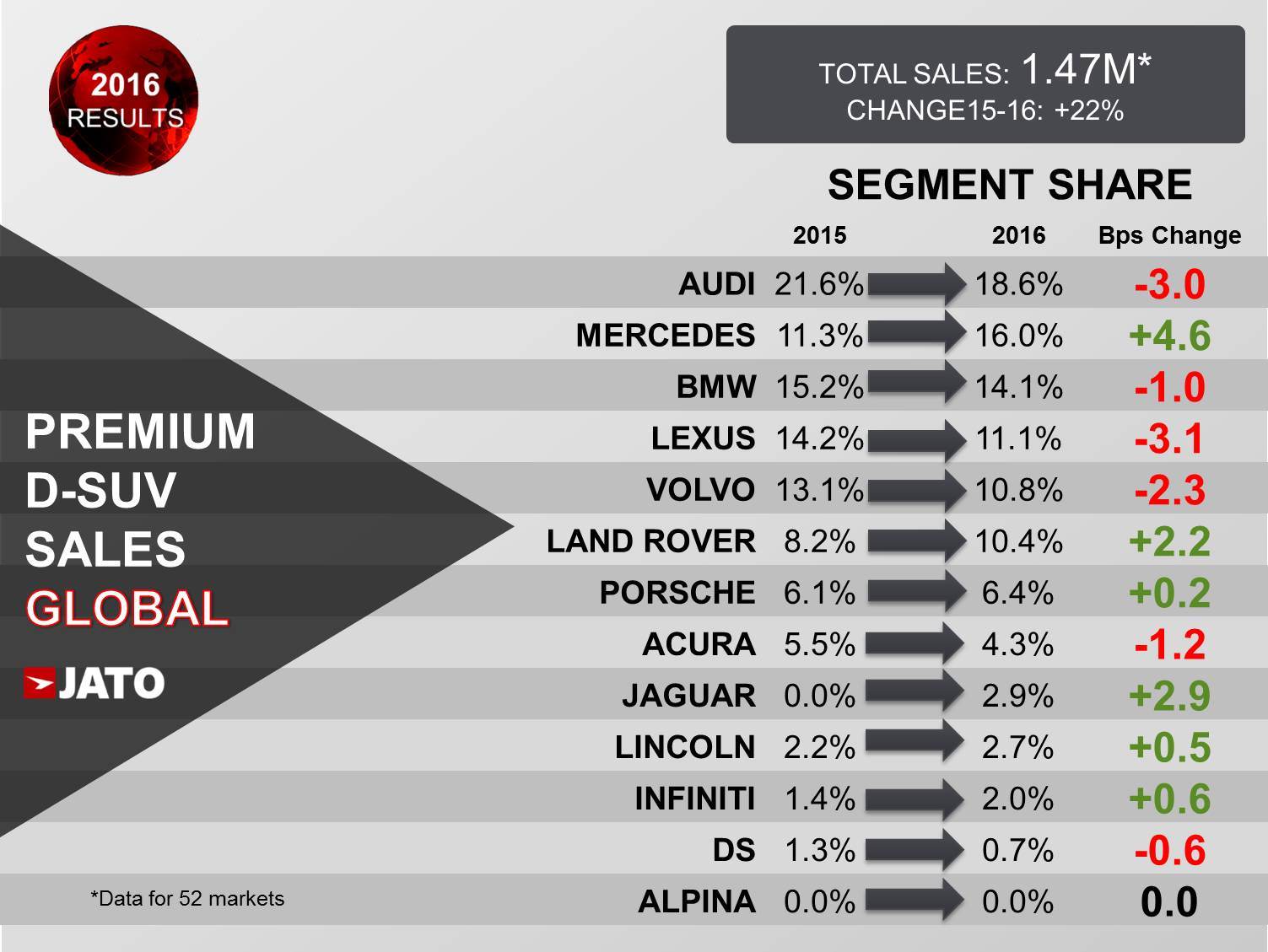 The perspective could look difficult for the DS 7 Crossback, but not impossible. The BMW X3, one of the top sellers, is more than 6 years old now, and the Lexus NX is already 3 years old. This means more possibilities for the French SUV, as it could make use of the declining phases of the commercial life of two of its competitors. However, an all-new Volvo XC60 will be also revealed at the show. At the same time, Europe is the leading market for this kind of cars, counting for 30% of global volumes. China, the other key market for DS, was the second largest market, ahead of USA. 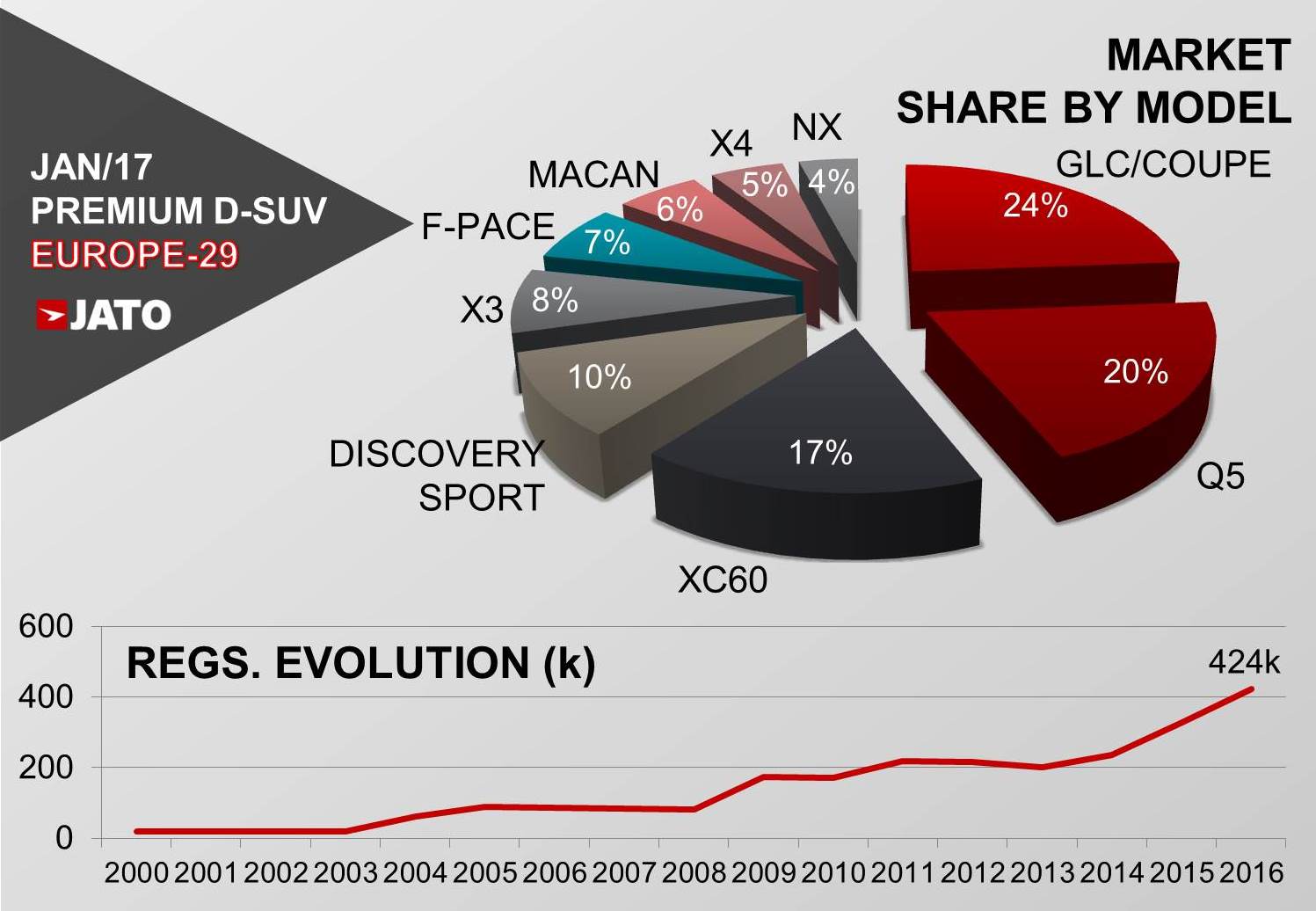 There is still room for more premium SUVs. Maserati, Bentley, and the latest JLR products prove it. DS has been struggling to find its place in the market, but a SUV is perhaps the easiest way to do it.

Cupra, Jeep, Skoda, MG and Mini were the brands to register the best performance in Europe last year, in terms of C… https://t.co/yXQxZhYCbo