Europe: the weight of the big 5 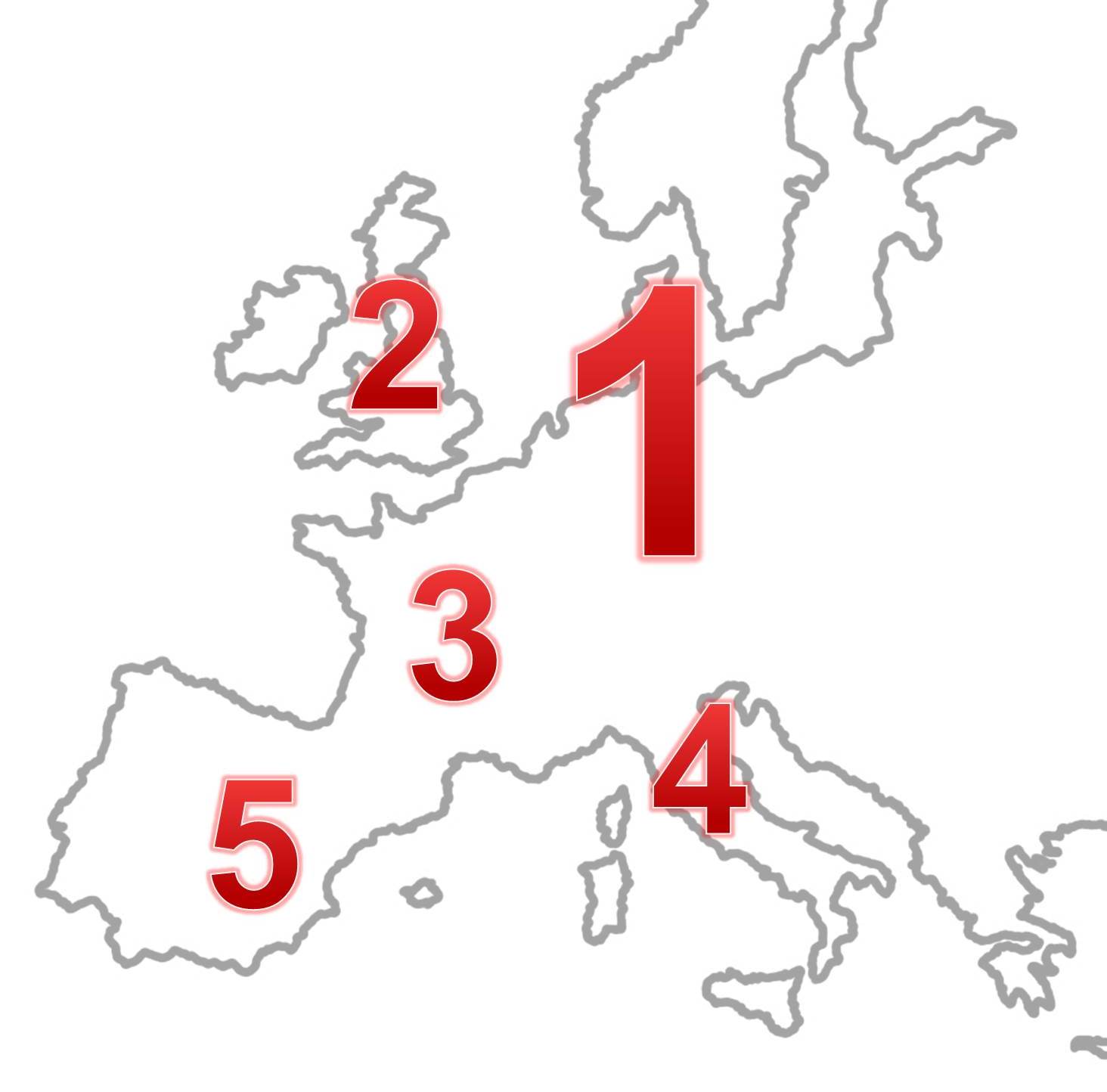 y, the UK, France, Italy and Spain new car sales counted for 73% of the total in Europe during 2015. Volume rose by 8.8% to 10.39 million units thanks with Germany and the UK counting for 56% of them, but Italy and Spain posted the highest percentage increases. In fact, last year these two countries registrations grew by more than 15%. Therefore, these 5 markets are a good indicator of what’s really happening in Europe as a whole.

The top 5 major markets were mostly dominated by the Volkswagen brand, with a market share of 12% which decreased from 2014 as the brand’s total growth under-performed total market (+5.2%). This brand managed to place three models in the top 20 with an outstanding performance of the Passat midsize sedan/SW. The Golf ranked first but its registrations only grew by 1%. The German brand was followed by Ford with 823,000 units (7.9% market share), losing share as well due to a lower growth than the market’s average. Renault was the big winner thanks to a 10% increase that took its volume up to 742,000 units. Its SUV range was a big part of the brands growth as the French company was able to place its Captur small SUV which finished in 10th in the rankings. This car has never entered the top 10 in the whole European market.

As with European countries, EV uptake in the US varies from state to state. California has emerged as the clear lea… https://t.co/VnretLsCck