New car sales for the month of February were 7.8% higher than the same month in 2014, according to the latest new car sales analysis from JATO Dynamics, the world’s leading provider of automotive intelligence. Combined with the rise seen in January this means that the market is already 7.1% ahead of 2014 year-to-date. 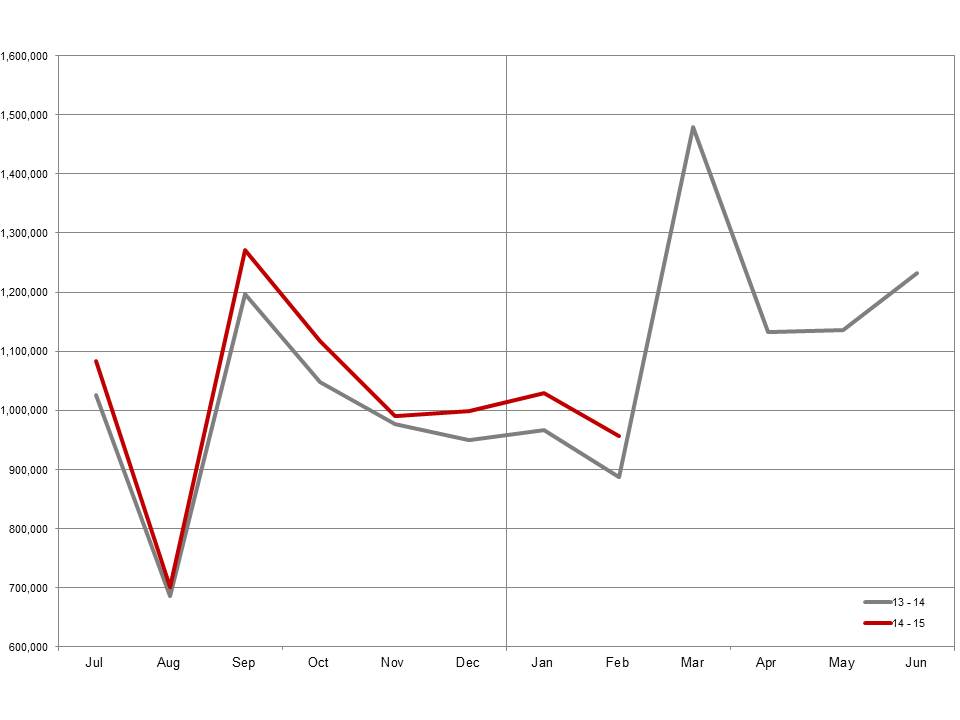 Volkswagen remains the market-leading brand, with Renault overtaking Ford for second position for both February and the year-to-date, with sales increases coming from the new Twingo and the Captur. All of the top 10 brands saw their volumes increase for the month, with BMW posting the strongest growth at 14.8% driven by the new 2-Series Active Tourer.

The Volkswagen Golf remains the market leading model, with a 5.8% increase in February sales, followed by the Polo in second place with 7.2% more units sold following last year’s facelift. The Renault Clio (up 1.9%) took third place, ahead of the Ford Fiesta (down 1.5%) and Peugeot 208 (down 2.7%).

Volkswagen’s new Passat increased sales by 63.8% year-on-year compared to its predecessor last February, to record a year-to-date increase of 44.0%, making it the most improved performer across both measures among the top 10 models.

Outside the top 10, the Opel/Vauxhall Mokka recorded a 66.6% increase due to growing demand for small crossovers; while the new Mercedes-Benz C-Class increased sales by 53.4% compared to February 2014 the new Renault Twingo sold 132% more units than its predecessor managed in February 2014. However sales increases for the month were not limited to new or facelifted models, as demonstrated by the Fiat 500 (up 12.8%) and SEAT Ibiza (up 22.4%).

“Car buyer confidence has remained strong across Europe through February,” commented Brian Walters, Vice President of Data at JATO Dynamics. “New models have brought customers into showrooms, and attractive offers have maintained demand for many existing models. We wait to see if this momentum can be maintained in the months to come, following a successful Geneva Motor Show and the prospective launch of new models.”