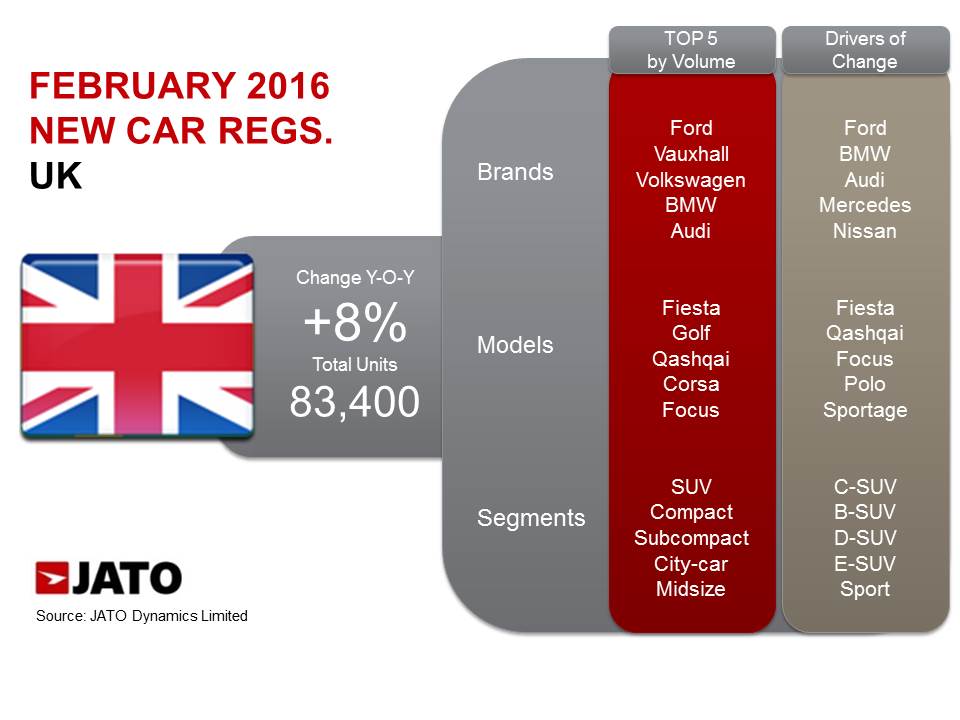 New car registrations in the UK continued to grow in February at 83,400 units, up by 8%. Most of the increase was explained by the SUV boom as this kind of vehicles became the market’s leading segment with almost 27% market share. SUV registrations surged by 44% gaining more than 6 percentage points of share. All sizes recorded double-digit growth: small SUV registrations increased by 33%, compact SUV by 48%, and midsize and large SUV posted a 58% and 43% gain respectively. For the first time the Kia Sportage made part of the UK top 10.

Meanwhile compact and subcompact demand remained almost stalled posting increases of 4% and 2% respectively. Midsize and MPVs registrations fell by 9% and 18% respectively allowing the city-cars (+5%) to outsell them and become the fourth best-selling segment. Ford was the car maker to benefit the most from the rising demand. Its registrations grew by 17% while its main rivals – Vauxhall and Volkswagen – posted negative changes of 18% and 13% respectively. Ford recorded double-digit growth for its usual three top-sellers: Fiesta, Focus and Kuga. Vauxhall decrease followed double-digit falls posted by the Corsa (-15%), Astra (-32%) and Insignia (-57%). In the case of Volkswagen the strong growth registered by the Polo (+25%) and Passat (+23%) was not enough to offset the drops posted by the Golf (-19%) and the Tiguan (-26%).

BMW, Audi and Mercedes posted double-digit growth thanks to strong demand of 3-Series, 2-Series, A1, Q3, and A-Class and E-Class. 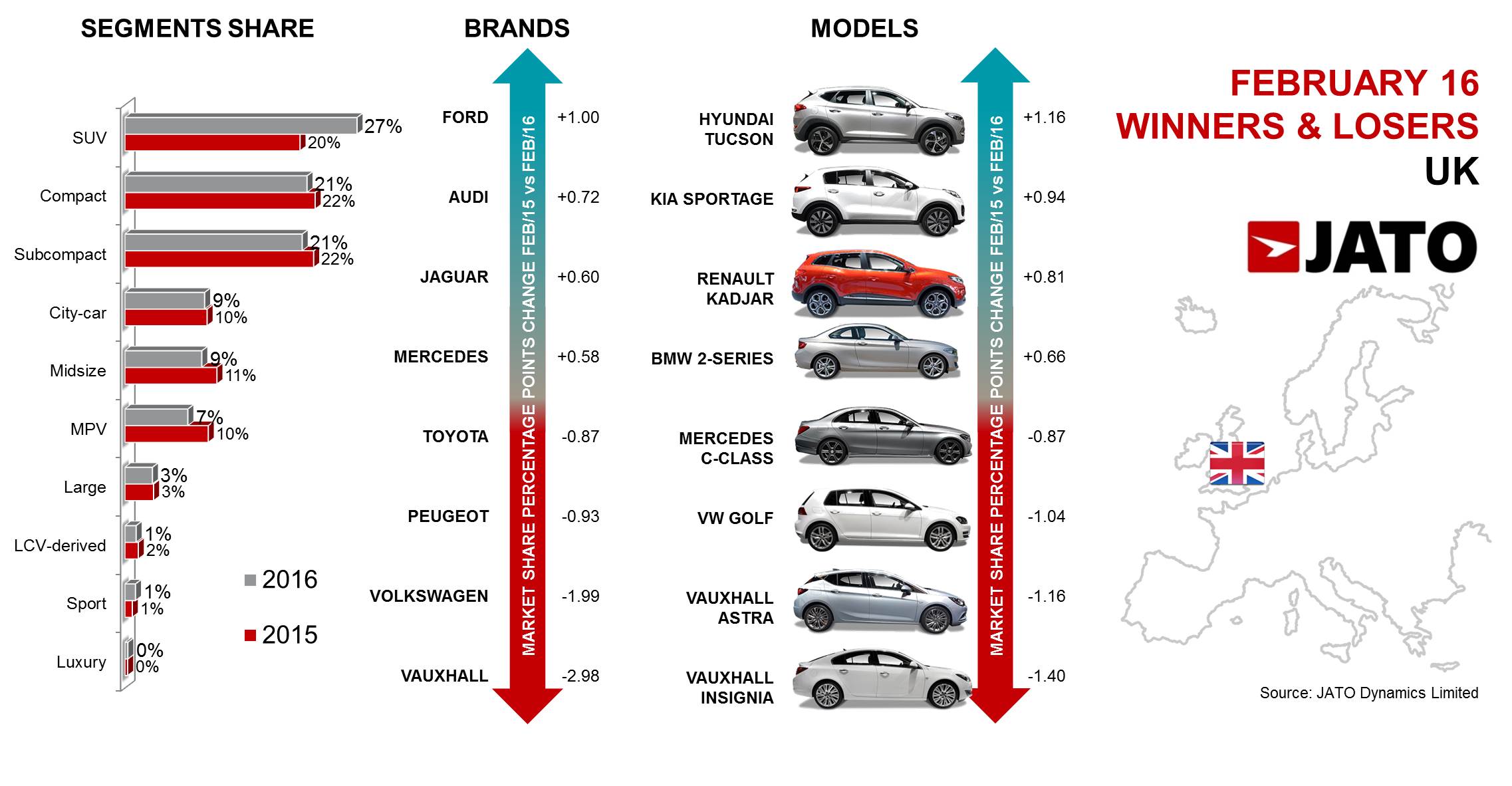