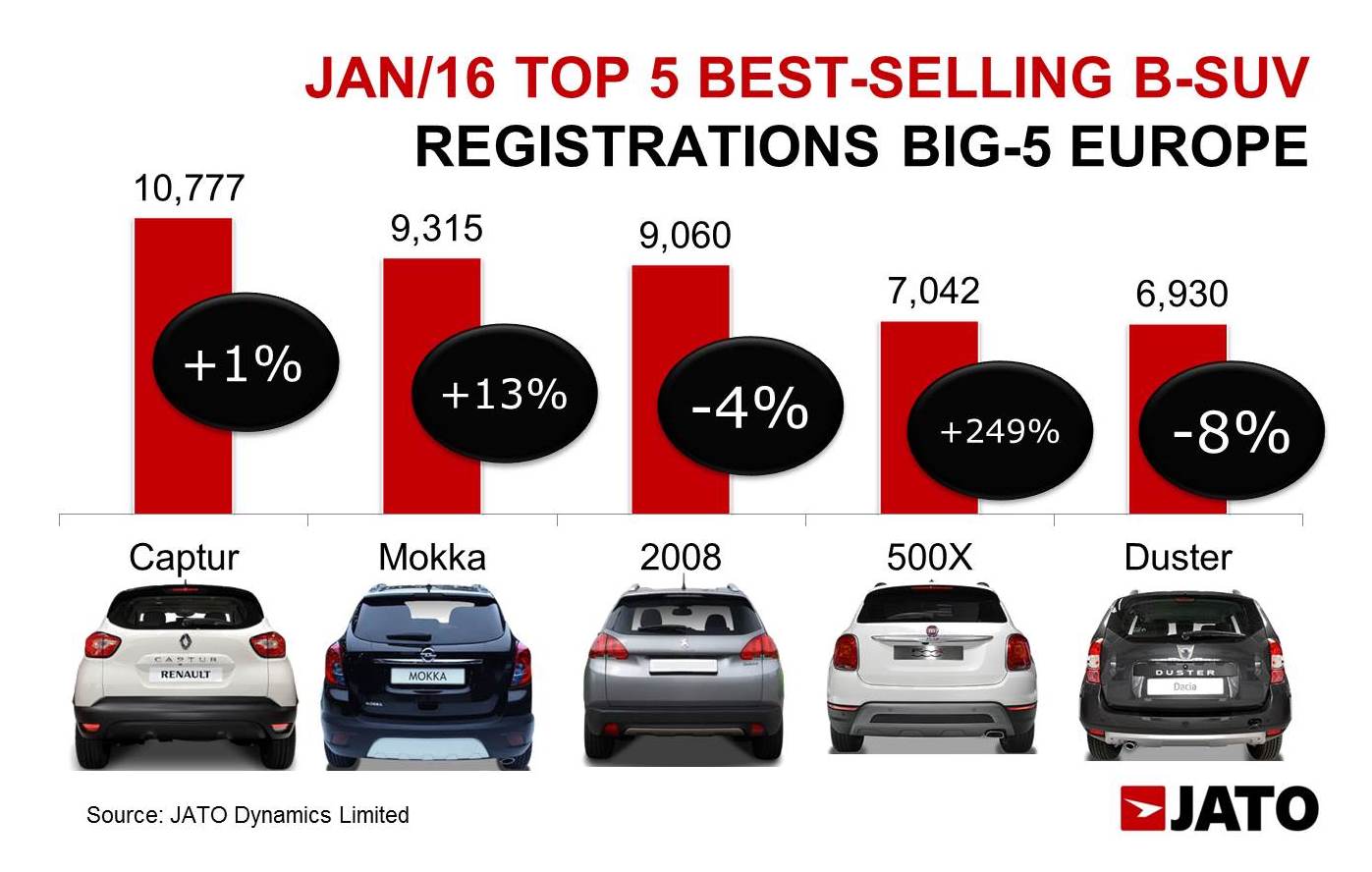 The latest Italian boom has had a positive impact on many Italian models. One of them is the Fiat 500X, the best-selling SUV in that country and the fourth in BIG-5 European markets during January 2016. Its segment share jumped to 9.3% outselling the popular Dacia Duster, Nissan Juke and Citroen C4 Cactus. Italian registrations counted for 63% of the total and increased by 213% and even if it’s the largest market in Europe, Germany counted for only 5% of the 500X’s registrations in the BIG-5. The Fiat was outsold by the Renault Captur at 14.3% segment share, Opel/Vauxhall Mokka at 12.3% and the Peugeot 2008 at 12.0%. The Captur and 2008 dependence on France was 46% for the Renault and 47% for the Peugeot. In the case of the Mokka, Germany counted for only 19.5% of its registrations in the BIG-5, and the UK for 31.2%.

A tota of 75,600 small SUV/crossovers were sold in January in the BIG-5. Italy was the largest market outselling France with 21,100 units against 19,000. The UK occupied the third position leaving Germany behind with only 11,600 units. The B-SUV registrations totalled 7,900 units in Spain. 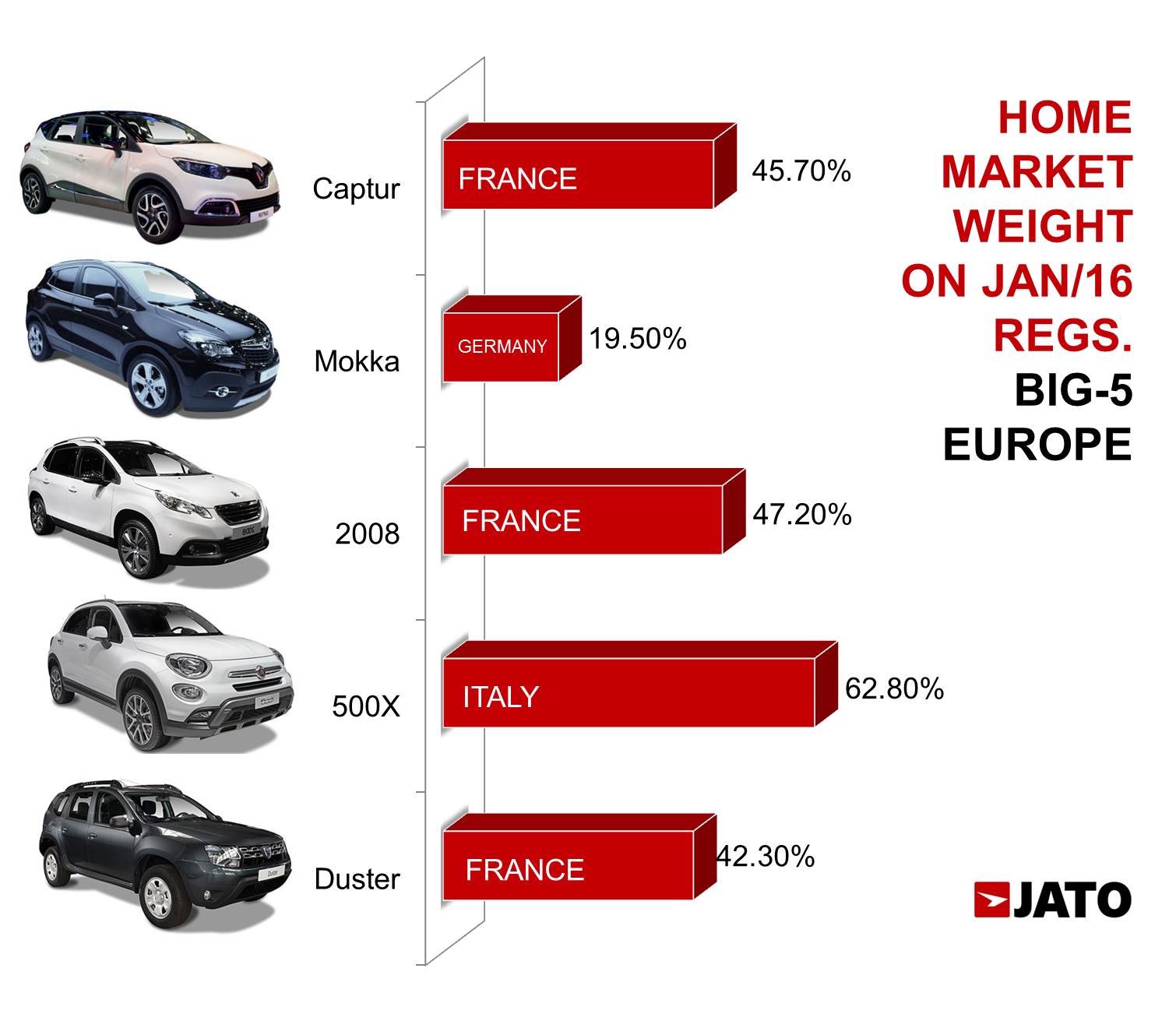 #EV growth inconsistent across Europe and US, while developing markets fall further behind. Read more: https://t.co/9woP6jj9GW