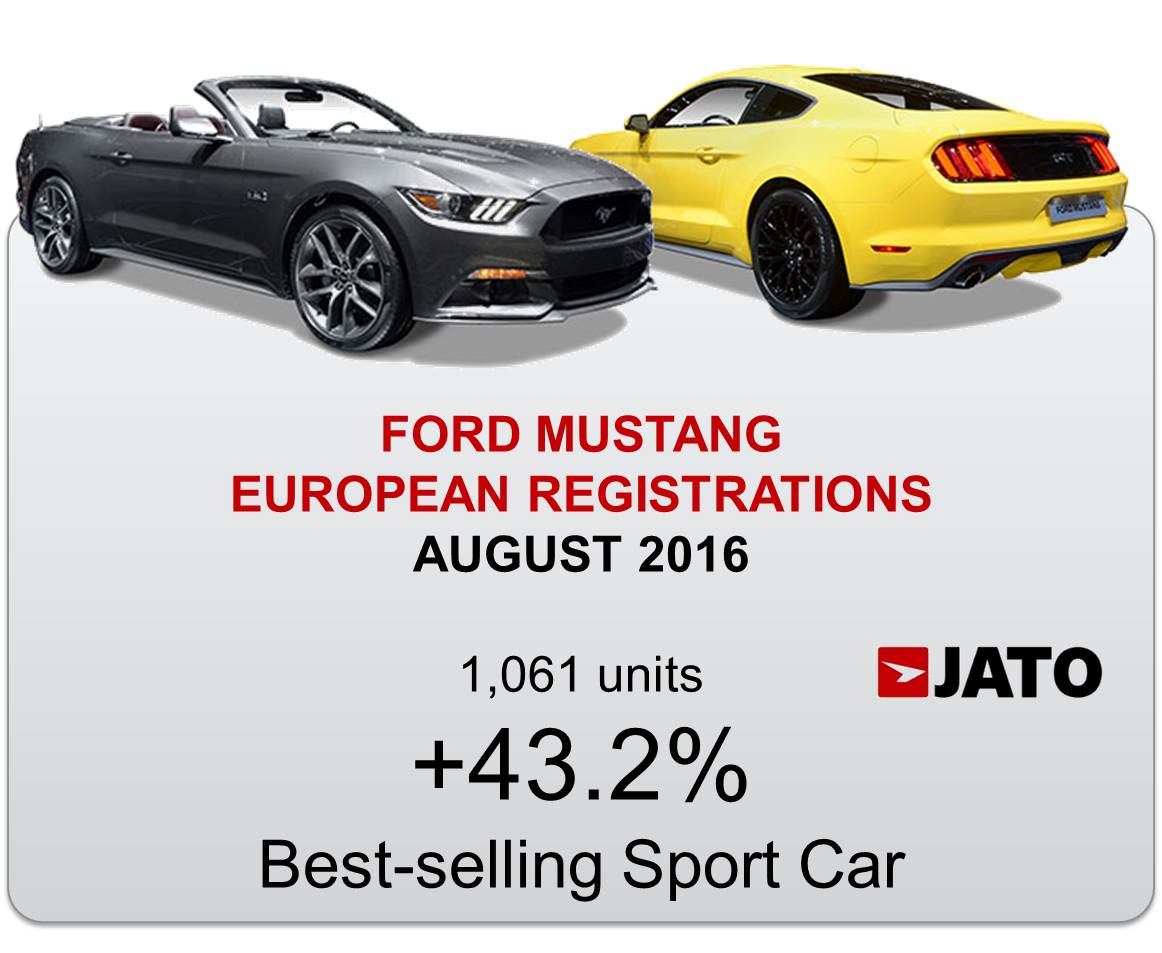 Sport cars European registrations totaled 6,500 units in August 2016. That is 1.8% more than the total volume seen a year before, and represents a decline compared to the solid growth recorded in the previous months. VW Group dominates the segment with 34% share thanks to the popular Audi TT and the Porsche 911. However, its registrations fell by 20.8%, taking the German car maker to lose segment share from 43.2% in August 2015 to 33.6% during the last month.

But VW Group was not the only one to lose ground. Jaguar posted a 21% drop, and Toyota, PSA and Subaru fell by double-digit percentages. In comparison to these brands, Ford had a great month thanks to its Mustang, which was Europe’s best-selling Sport car in August 2016. Germany counted for 41% of its European total, with the volume up by 17%. Belgium was the big surprise for the Ford Mustang, as it was its second largest market in Europe with its registrations up by a massive 278%. 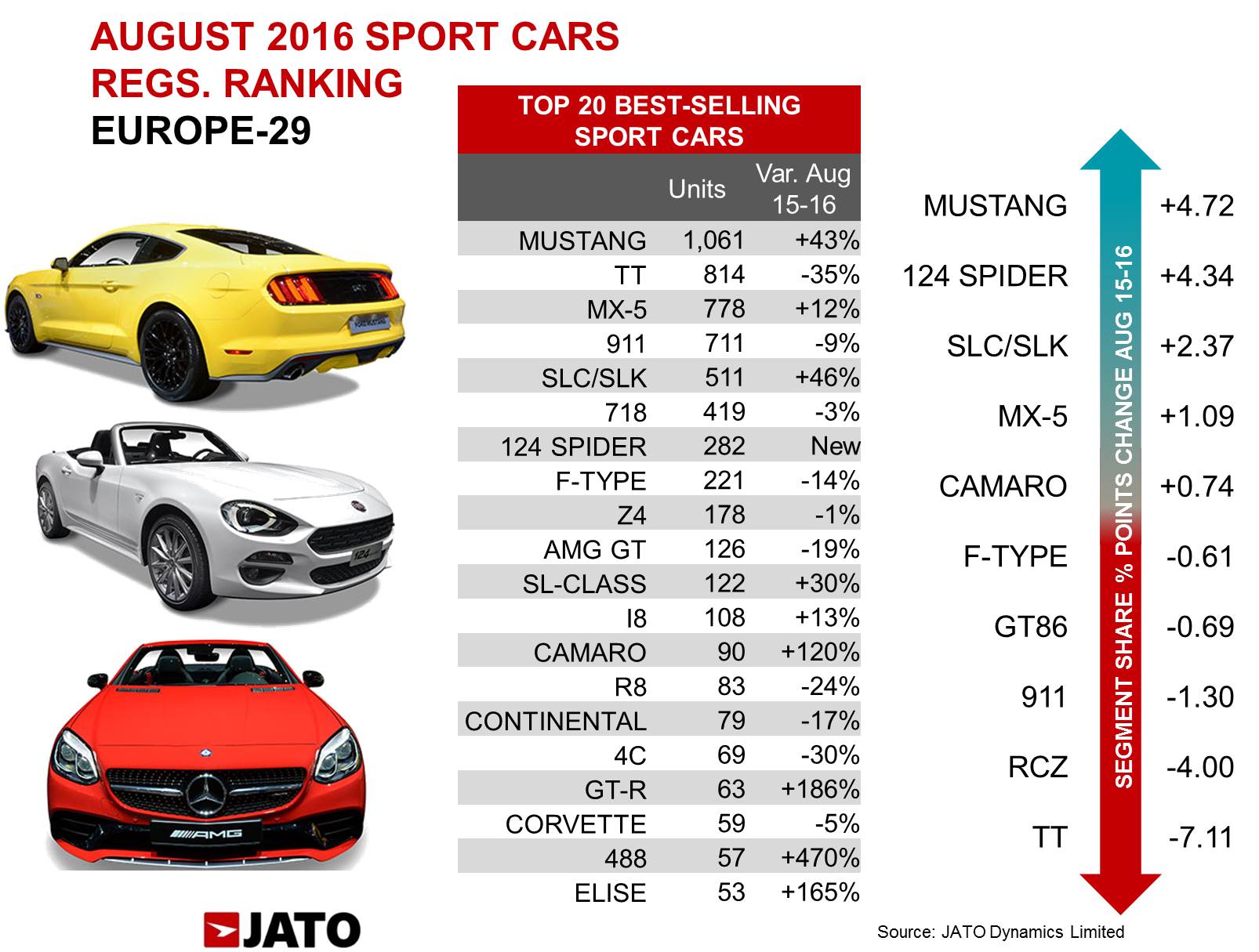 It was also a good month for the Mazda MX-5 and its twin the Fiat 124 Spider. These two models combined sum almost the same quantity of units sold by the Mustang. The Audi TT posted a 35% drop but was still ahead of the Mercedes SLK/SLC, up by 46%, the Porsche 718, down by 3% and the BMW Z4, down by 1%.