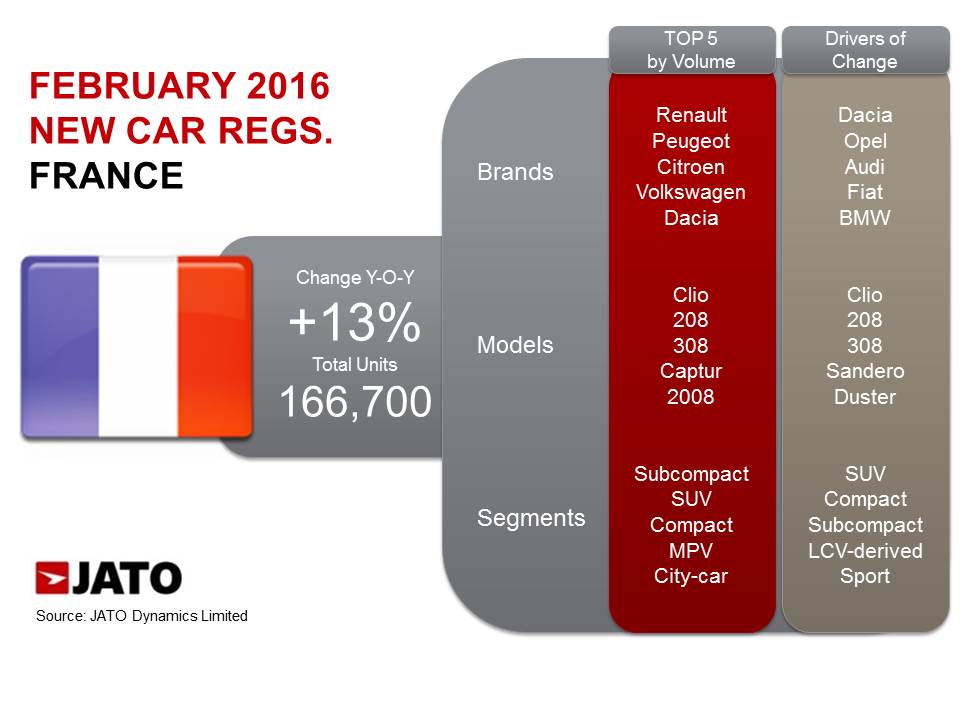 French new car registrations totaled 166,700 units last month, up 13% year-over-year. February’s gain was higher than the growth posted in January (+4%) and allowed the market to surpass the 300,000 units mark in YTD’s total. During the second month of this year, the French car market was strongly boosted by SUV registrations, up by 26% to 41,400 units and still the second best-selling segment in France. The increasing demand was more evident in the compact SUV, up by 45% to almost 14,000 units. Small SUVs recorded a moderate growth of 13% over February 2015 but still kept its pole position among SUV sizes. Midsize and large SUVs posted impressive gains of 47% and 50% respectively. 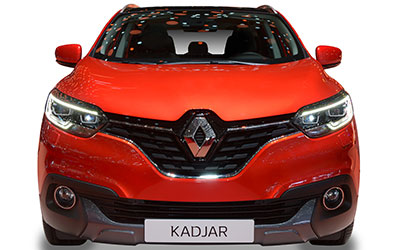 The Renault Kadjar was the 12th best-selling car in France in February, with 3,068 units sold.

But SUV was not the only segment to buoy French car sales. The usual leading segment – subcompact – registered a 14% gain on February 2015 to 47,800 units. Compact cars counted for 16% of total registrations with a 15% gain to 27,200 units. Other segments to outpace total market’s growth included the LCV-derived (i.e.: Citroen Berlingo, Renault Kangoo), Sports cars and luxury sedans. The big losers of the month were the city-cars (-9%) and large sedan/SW segment (-29%).

The results by brands show that a big part of the growth did not come neither from the French Big-3 nor from Volkswagen. Dacia, the German premiums, Opel, Fiat and Kia generated most of the growth. Renault and PSA’s moderate growth was the results of strong increases posted by their top-sellers (Renault Clio, and Peugeot 208 and 308) which were offset by falls posted by other models such as the Captur and Twingo in the case of Renault, and lower growth recorded by the Citroen C3 and Peugeot 2008 in the case of PSA. Volkswagen registrations dropped 2% in February from a year earlier, despite gains from its Polo subcompact and the big positive jump made by the Touran compact MPV. Registrations of the Golf compact plummeted 19% to 2,342 units in February, while Tiguan registrations fell 6% to 1,232 vehicles, and the Passat midsize fell 24% to 925 units. 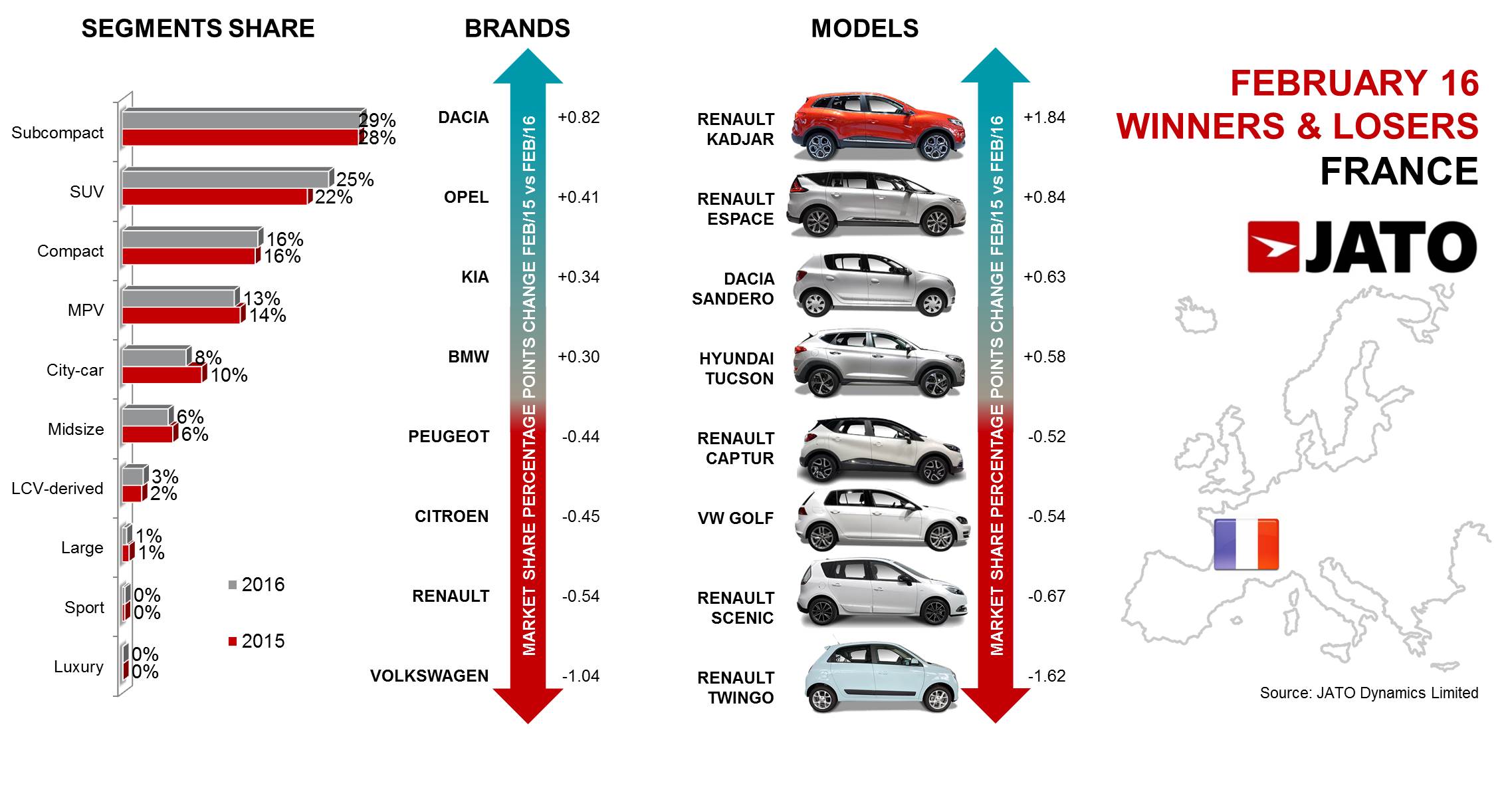