The Sport-Utility-Vehicle has without a doubt has been the biggest driver of growth in the European car market in the last 5 years. The recovery of the industry has been closely related to this SUV boom, which has fuelled a wider range of choices, new technologies and more appealing designs than ever before. In turn, the SUV market has expanded so fast that it now has four different subsegments based on dimensions and positioning. 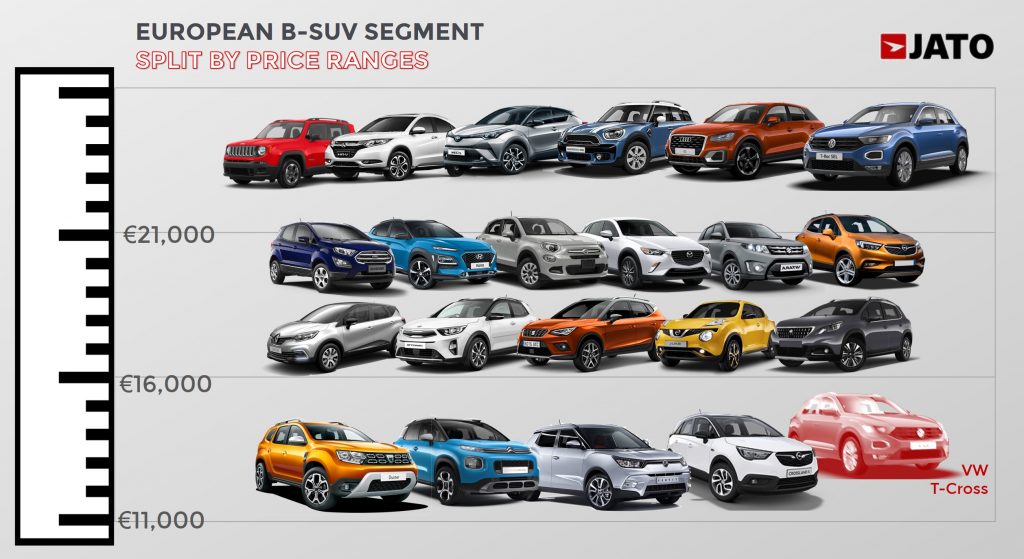 One of these is the B-SUV segment – the small SUVs that sit below compact SUVs. Most of these are based on their B-Segment counterparts and they have gained a lot of popularity in recent years. In fact, European figures show a massive growth in demand for these cars, with volume doubling from 60,000 units in the year 2000 to 125,000 units in 2009, and growing tenfold between 2009 and 2015. Last year, these cars gained 1.4 million customers, and demand for them grew by 14% to 1.2 million units through September 2017. 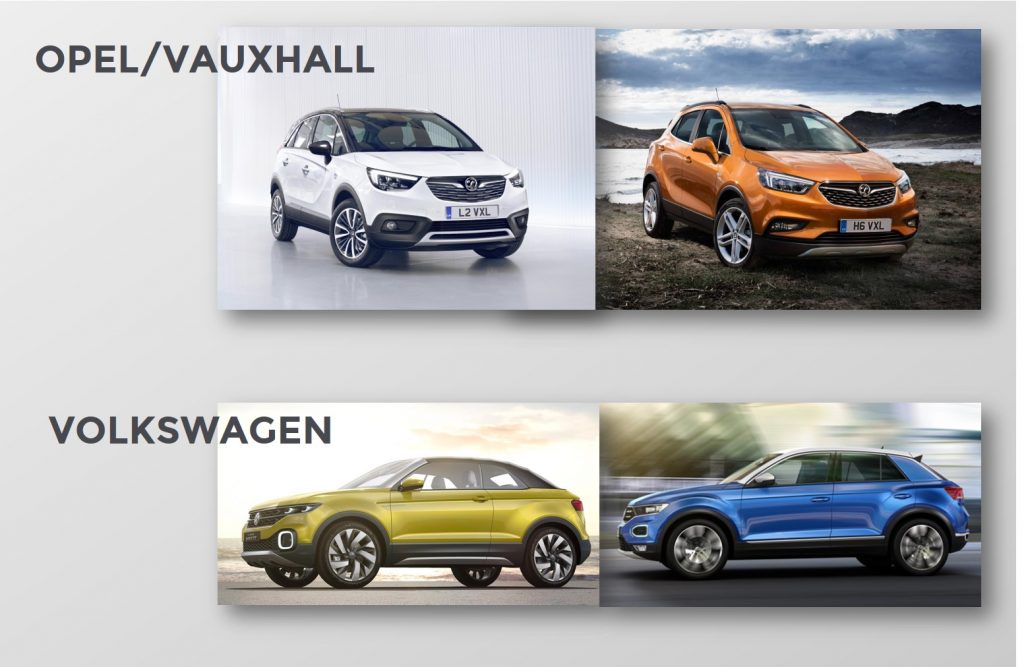 The latest models to the market confirm that there is a new split within the B-SUV segment too. It all began with the introduction of the Toyota C-HR, which is the Japanese carmaker’s response to these booming B-SUV sales. It is 4.36 m long, with an entry price of around €23,000, so it is clearly a league above the majority of B-SUVs available in the market. This was followed by the Volkswagen T-Roc, which is a bit shorter (4.23 m), but equally priced. Both of these show that car manufacturers are now adopting a new strategy to increase SUV sales, by making new cars which sit between B-SUVs and compact SUVs. 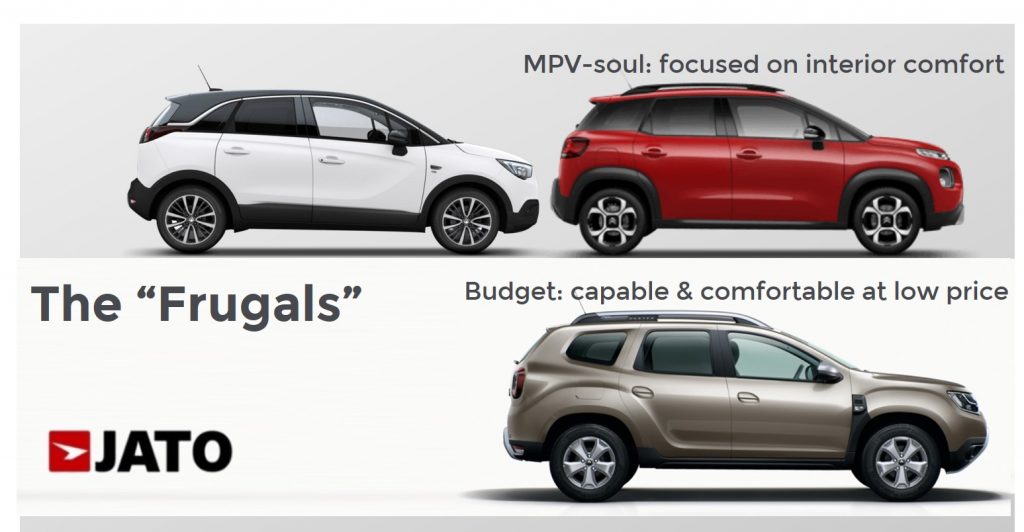 At the same time, the shrinking sales of MPVs in Europe – in correlation with the growing popularity of SUVs – has also had an impact on brands’ product planning. Consumers don’t want MPVs anymore, and the brands wishing to sell more cars must understand this trend. This is why Citroen decided to axe the C3 Picasso (B-MPV) and replace it with the new C3 Aircross, which is closer to an SUV than a MPV. However, it is still considered a “frugal” SUV, as it clearly focuses on the interior comfort (as do MPVs) and features a more subtle design too, far from the aggressive shapes seen in the majority of SUVs. This strategy was followed by Opel, which discontinued its Meriva and launched the Crossland X. 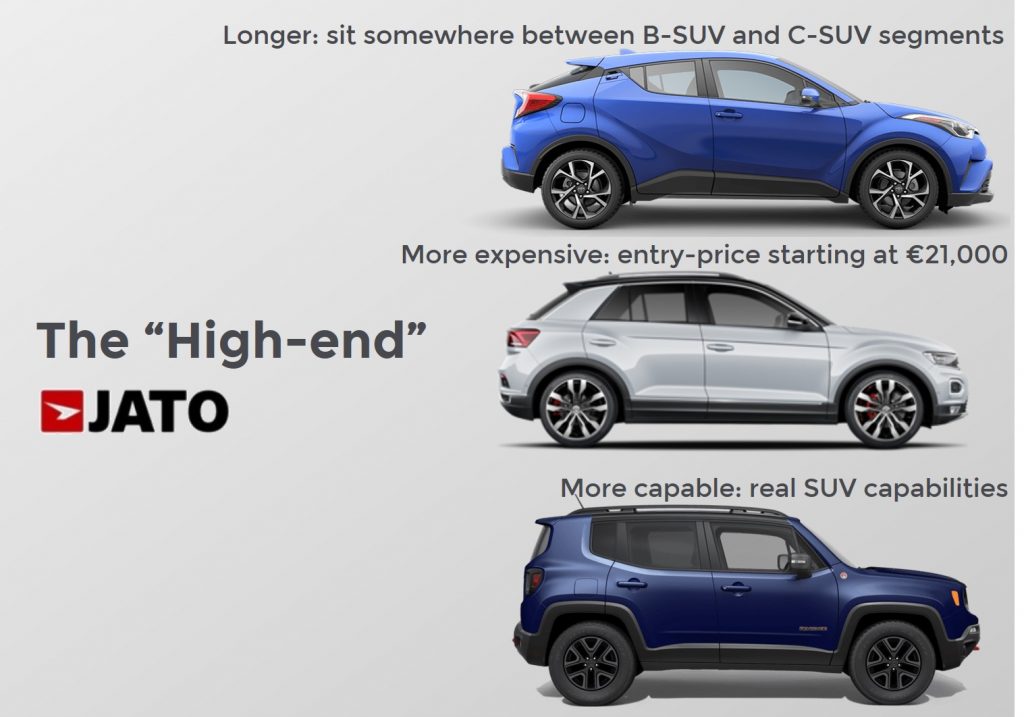 The latest news from the industry indicates that more carmakers will launch a second B-SUV to take advantage of the appetite for this kind of car that exists at present. Renault has said it will start producing a second subcompact SUV in 2019, whilst Volkswagen prepares the T-Cross to sit a step below the T-Roc. There are also rumors of a possible baby Jeep that will be sold alongside the Renegade. Fiat could also replace the 500L with a functional B-SUV to target the lower parts of the segment, leaving the 500X in the upper part. The market demands more SUVs of all types, and the carmakers are getting prepared for it.