Growth of Europe’s new-car market slowed during May

JATO Dynamics, the world’s leading provider of automotive intelligence, reports that new-car sales in Europe were 0.8% higher in May than in the same month of 2014, while year-to-date sales were 7.0% higher than a year earlier.

After many months of strong growth in the European new-car market, May 2015 saw only a 0.8% increase in total volumes compared to the same month last year, the slowest growth since November 2013. This May had fewer trading days than in 2014 in some countries, which is likely to have impacted the relatively lower volumes in those markets. Despite this, overall sales continued to grow due to the continued recovery in some of the countries hardest-hit economic downturn of recent years (e.g. Ireland, Italy) and the renewal of government incentives in Spain.

Brian Walters, Vice President of Data at JATO Dynamics, commented “the number of trading days can affect monthly volumes, disguising underlying trends. The fact that growth continued despite this, along with the strong year-to-date growth gives us reason to be confident about the health of the car market in Europe”. 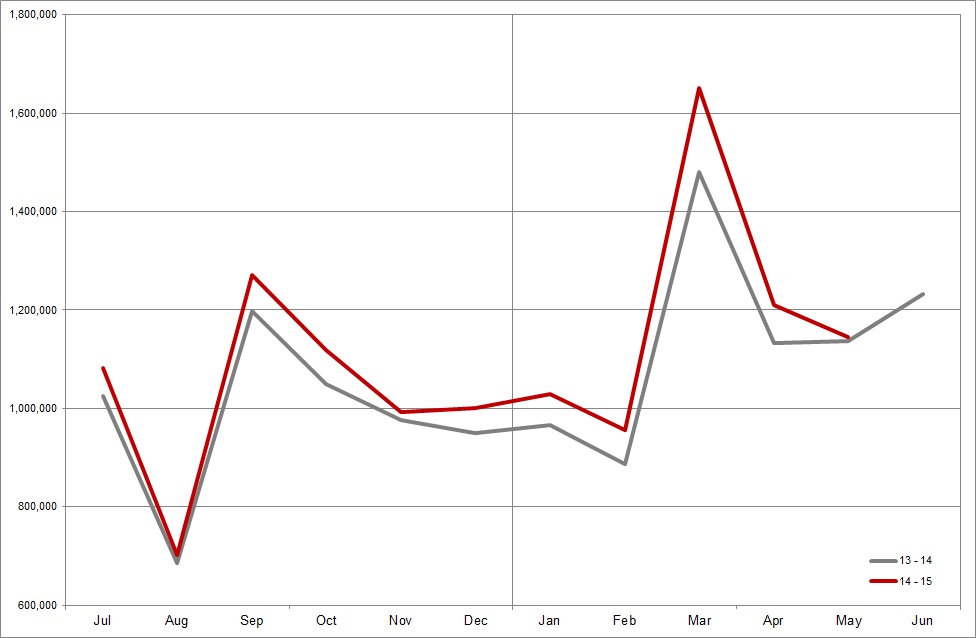 Volkswagen maintained its lead of the market, as its sales dropped by only 1.1% in May and increased by 7.3% year-to-date. Ford, Opel/Vauxhall, Renault and Peugeot completed the Top Five for the month, while Opel/Vauxhall moved ahead of Renault this month for the year-to-date measure.

Despite the lost trading days four of the Top Ten brands recorded increased sales, mostly down to recent model introductions, such as Fiat’s 500X, Renault’s Kadjar and Mercedes’ latest C-Class.

Outside the Top Ten brands, new models and variants were linked with the growth, as Jeep, smart, Ssangyong and MINI all recorded larger sales increases compared to May 2014.

A 3.0% reduction in monthly sales made little impact on the Volkswagen Golf’s domination of the sales chart, as its two nearest competitors, the Ford Fiesta and Renault Clio also suffered.