Honda e and Opel Corsa-e: the Zoe has company

One of the biggest limitations of pure electric cars is their high price. It’s the top reason why demand hasn’t taken off as local authorities and automakers would like it to. Sales are definitely growing fast, but volume is still very low compared to ICE car sales. JATO’s latest data indicates that the average retail price of pure electric cars was 28% higher than their ICE counterparts*. 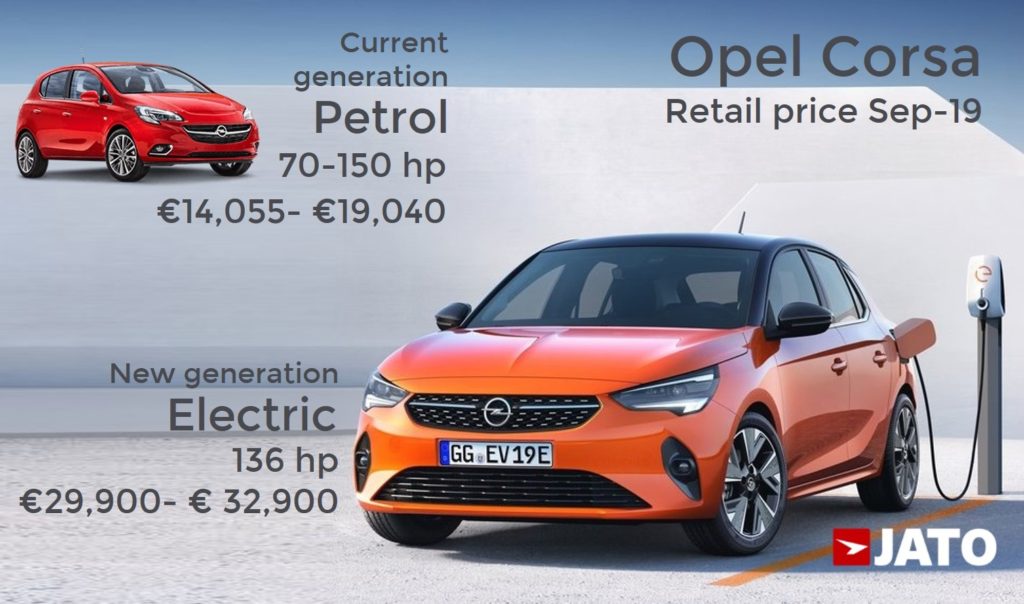 However, the average price has dramatically fallen during the last 12 months. The arrival of more affordable electric cars is now a reality, and the latest arrivals are set to become game changers. The Honda e, Opel Corsa-e and Mini Cooper SE join a segment previously only occupied by the Renault Zoe due to the high cost of batteries.

It’s an extremely positive sign to see a famous nameplate like the Corsa powered by a fully-electric engine. Yes, it’s going to be more expensive than petrol versions, but we’re finally seeing the traditional popular cars of Europe powered by new technology. In fact, it makes more sense for city-cars (A and B segments) to use electric engines as they’re mainly used in cities. 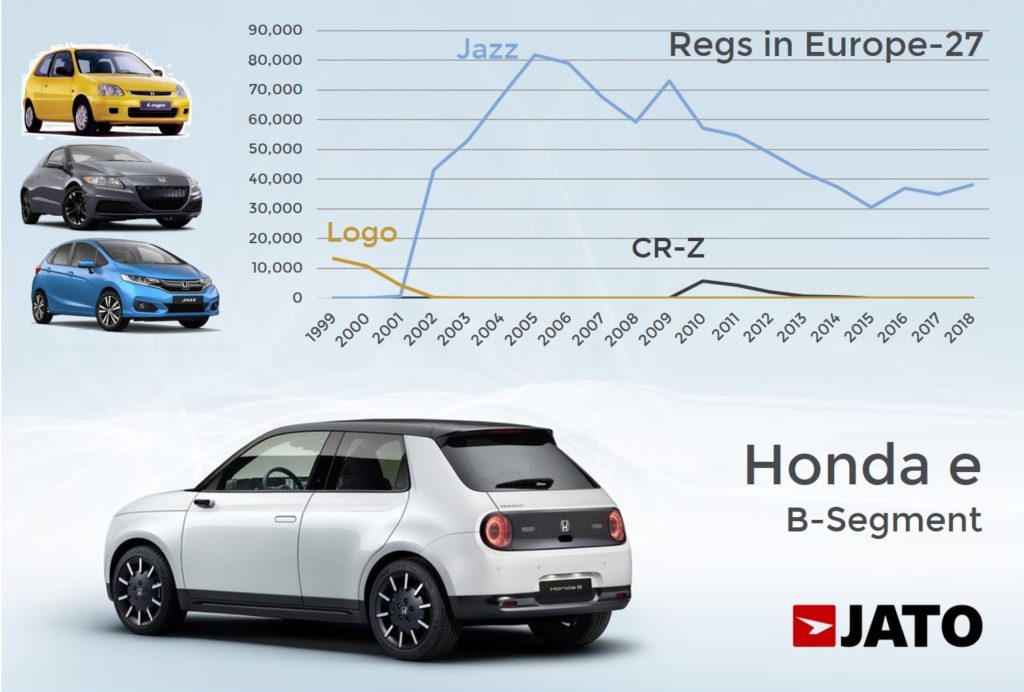 Honda aims to attack with superior design and functionality. The Honda e is expected to be positioned in the upper part of the B segment despite its smaller dimensions and range. It will be interesting to see which formula works better: whether it’ll be the one using a traditional and well-known nameplate but a higher price (are consumers willing to pay 30,000 euros for a Corsa?), or the one betting on personality and design?

* Retail price of the units registered in Germany in July