While European total car market posted a 9.1% growth during the first six months of the year, there were some countries that moved faster than the others. It is the case of Italy, where the car registrations keep their way to pre-crisis levels posting an outstanding growth of 19% over the same half of 2015. The better economic indicators have improved the mood among car buyers, while many car makers are offering very good deals. Other reason for the Italian come back is FCA, the country’s largest car maker. They updated a big part of their range with all-new cars that include the compact Fiat Tipo, the sporty Fiat 124 Spider, the new Alfa Romeo Giulia and Maserati Levante. Therefore Italy was the market to post the highest market share gain in the European market, jumping from 11.86% of European total in H1 2015 to 12.98% in H1 2016. 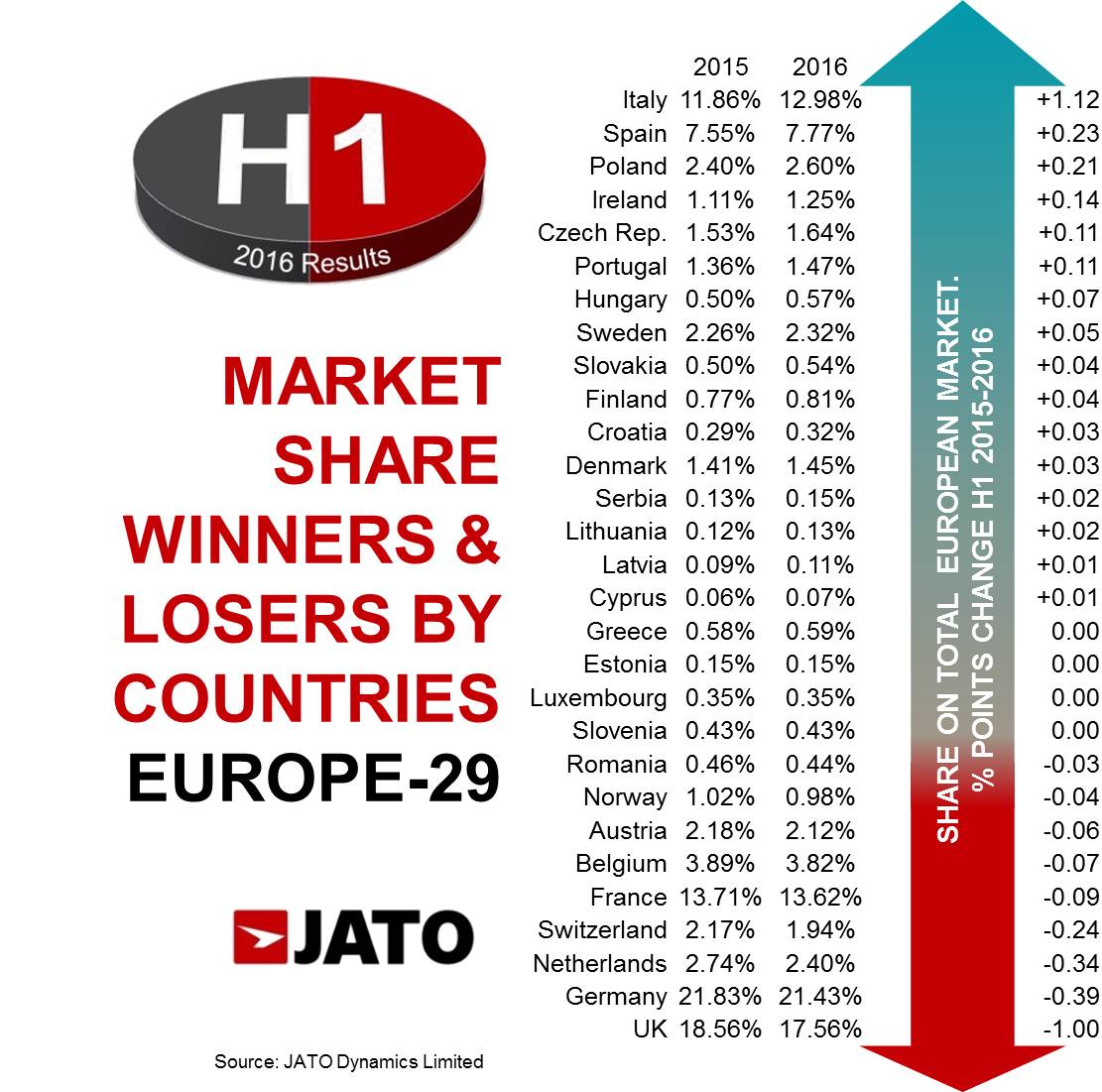 Spain occupied the second position among the market share winners, with its share passing from 7.55% in H1 2015 to 7.77% in H1 2016. According to the Spanish Acting Minister of Economy the GDP will grow by 3.2% when the current forecast is 2.7%. Car registrations have then grew by more than 12% to 629,000 cars, the highest H1 level since 2008. Meanwhile in Poland the car market also post an important increase with total volume up by more than 18% to 210,700 units. A big part of the growth was driven by company cars registrations which grew by almost 27% and counted for two thirds of the total. 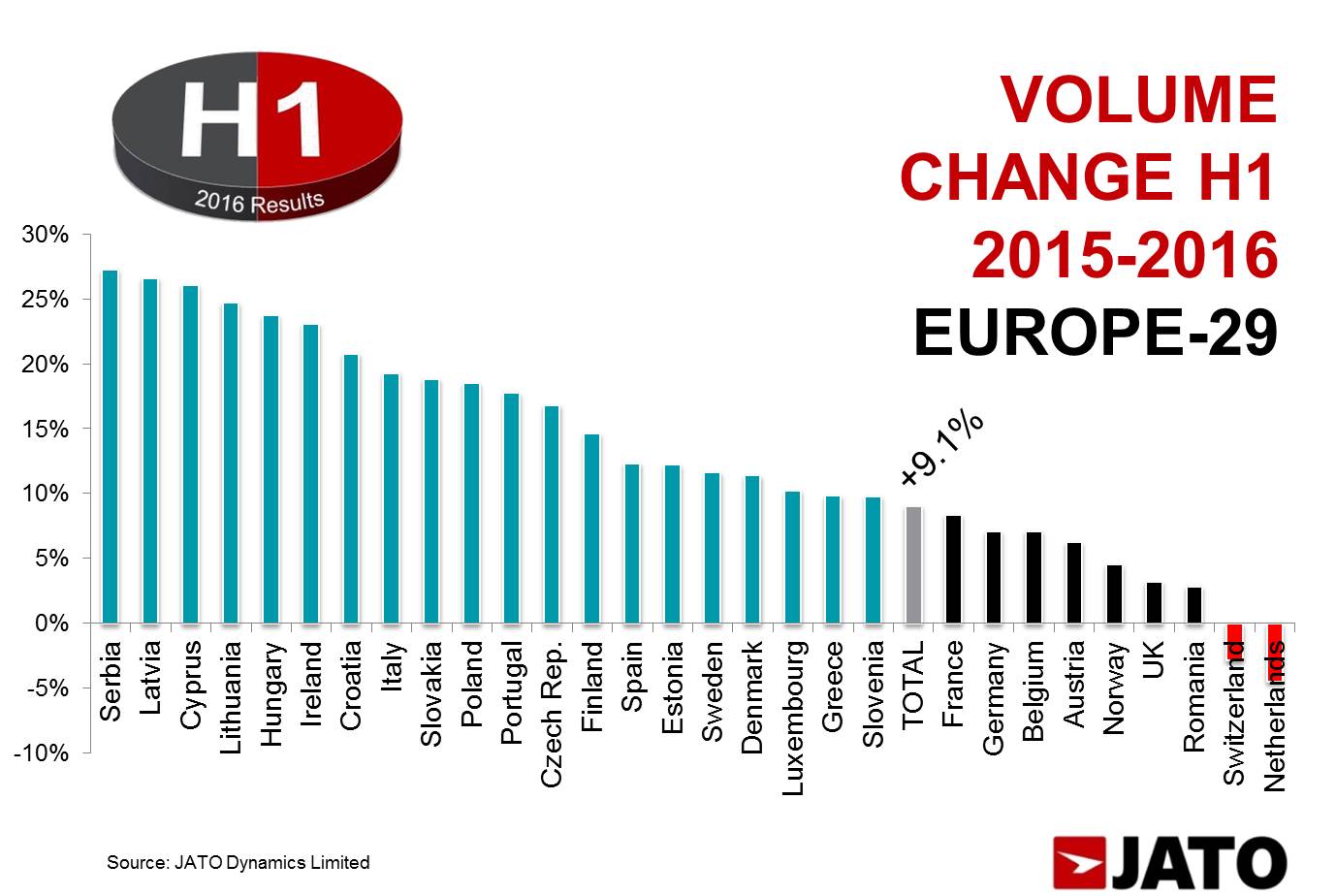 In the opposite side there were the UK losing one percentage point of share, Germany (-0.4 percentage points) and the Netherlands (-0.34). The UK market showed negative growth as the industry continues to understand the effect of the EU referendum. But the market was also negatively affected by a big drop on the country’s largest car makers: Ford, Vauxhall and Volkswagen. Germany’s growth is being outperformed by total market’s average due in part to Volkswagen challenging times. The Netherlands car market was hurt by the end of the incentives to eco-friendly cars.

China has also made a lot of progress in the upper segments of the EV offer. While the Western world is limited to… https://t.co/fC0DetyryI