The latest study conducted by JATO found that not only ICE cars are affected by the new WLTP regulation. From September 1st 2019 all BEVs had to be WLTP rehomologated, which asks the question: what impact could this have on the range, battery (kWh) and price of BEVs?

In this study JATO compared old NEDC data with the new WLTP data for the Dutch market, which is by the way one of the most important BEV markets in Europe. 23 BEV-versions had both a NEDC and a WLTP value and were taken into this comparison. These are the results: 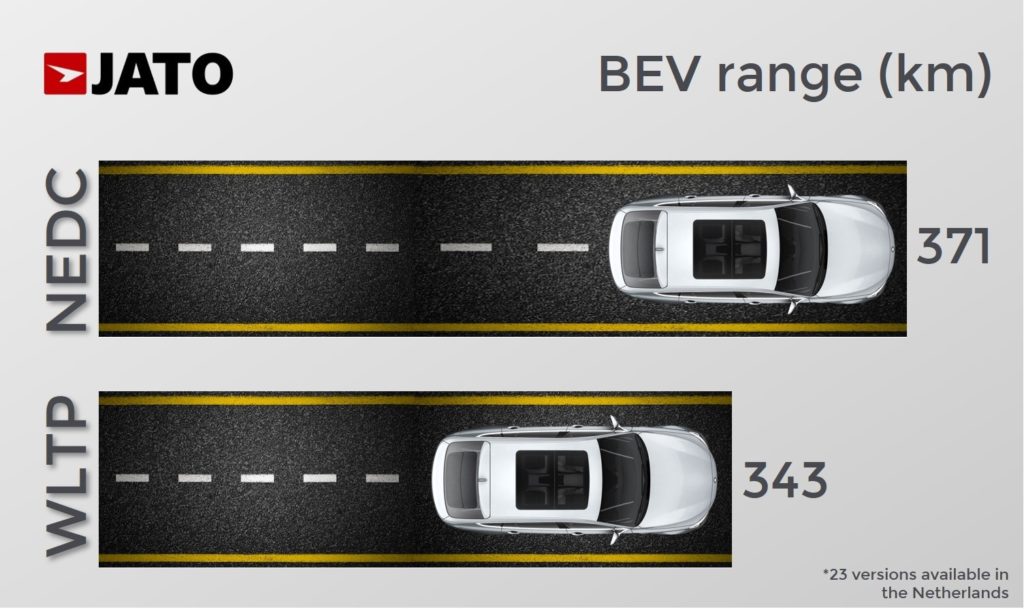 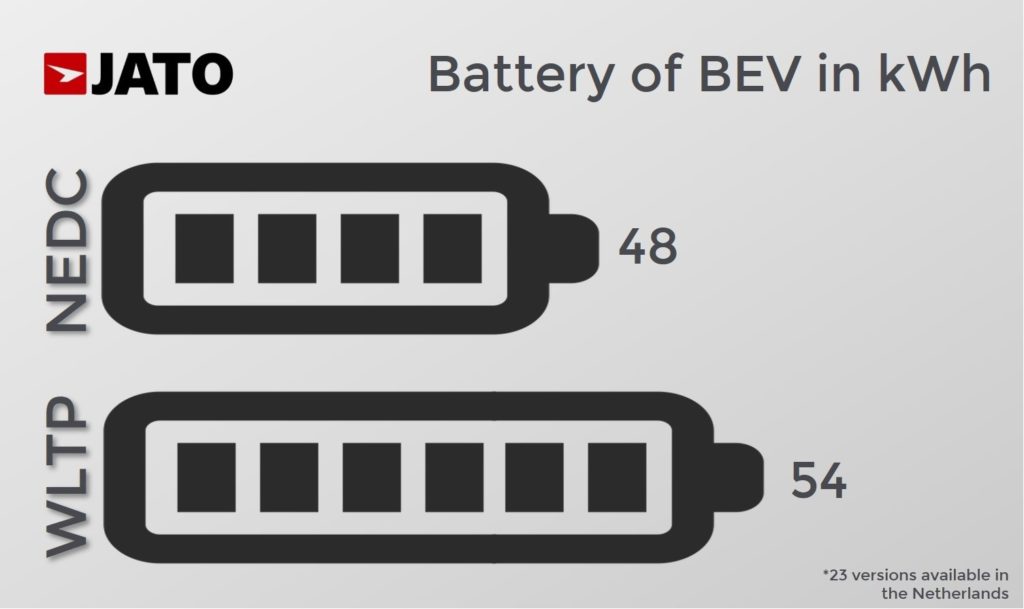 The average price has been increased by €1625,76 per version, despite the average decreasing range. This could relate to the difference in battery. 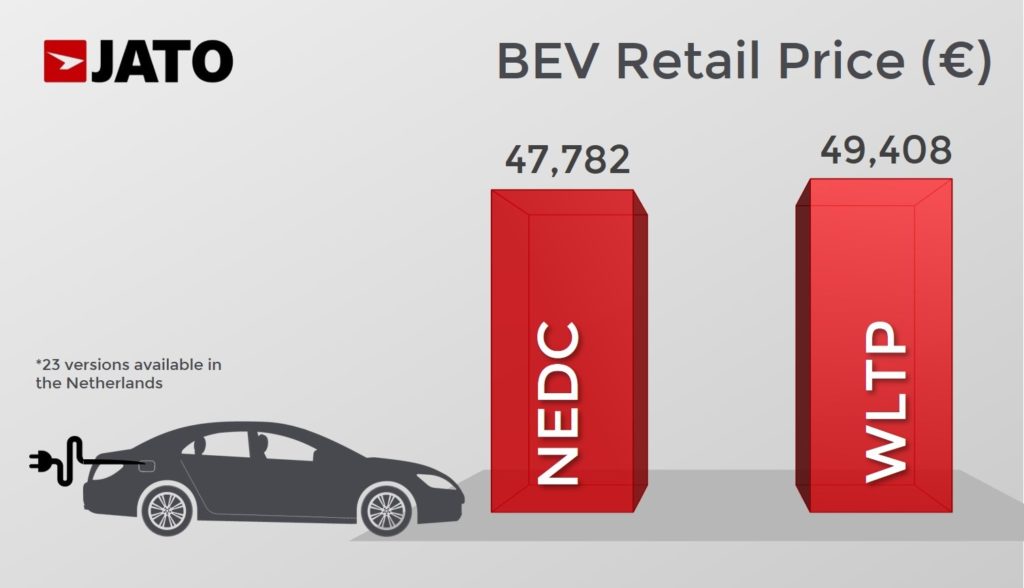 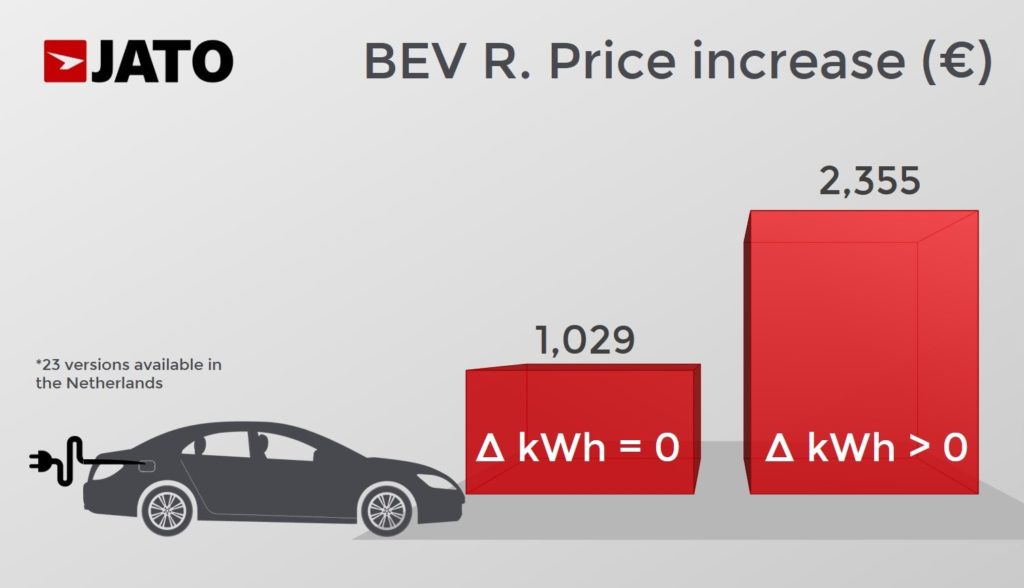 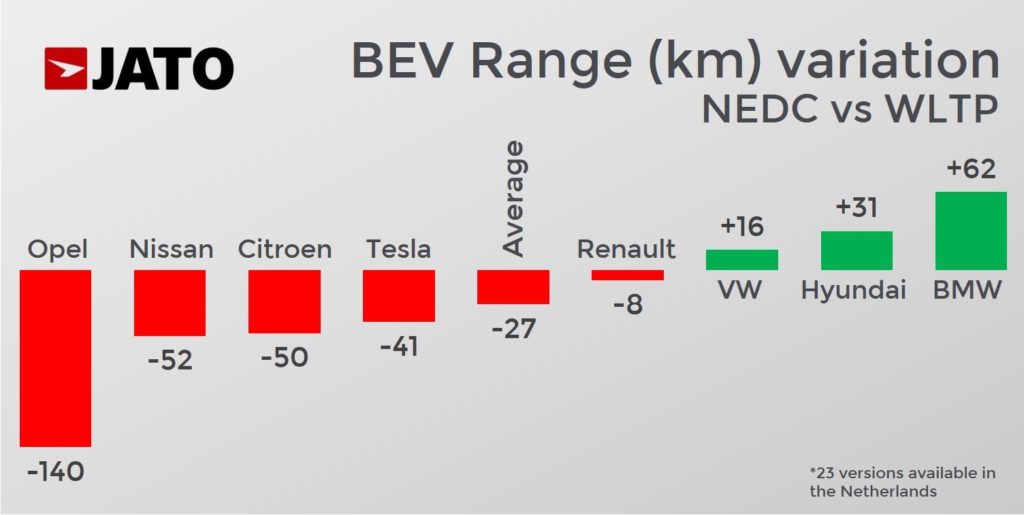 When we only look at the delta in range (as in the graph above), we see most brands have a lower range because of the WLTP rehomologation. Hyundai, Volkswagen and BMW show an increase in range. This increase can easily be linked to the increase in battery capacity. (IONIQ +10.3 up +18.1 kWh and I3 +9.2 kWh).

When we look at the cars that did not receive bigger batteries, we have the following insight. 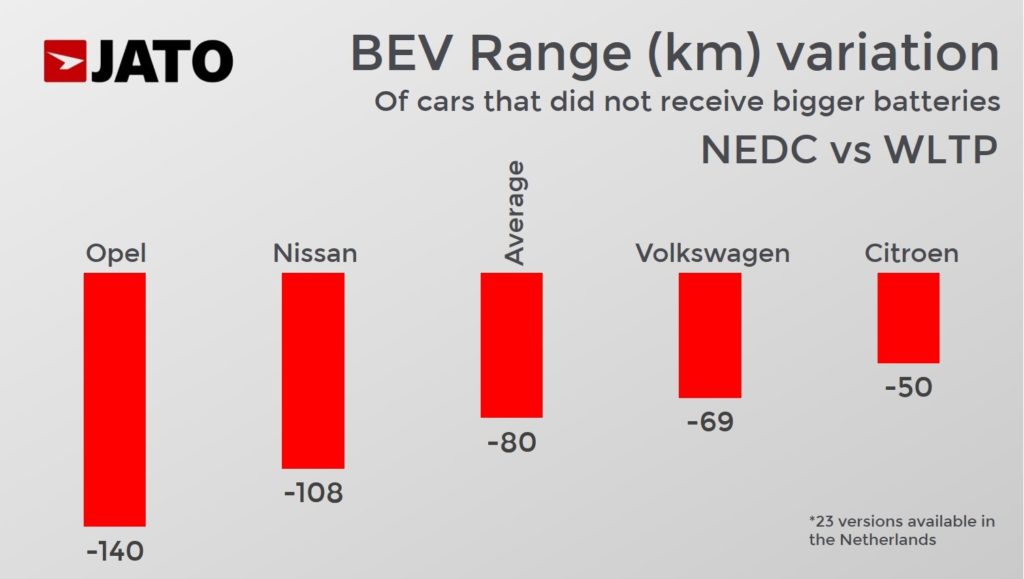 We can see the average range dropped by 80.45 kilometers when the battery was not upgraded. In the graph below we see both cars that did and did not get an upgraded battery, and the results show cars with an upgraded battery increased in range by 37.33 km. 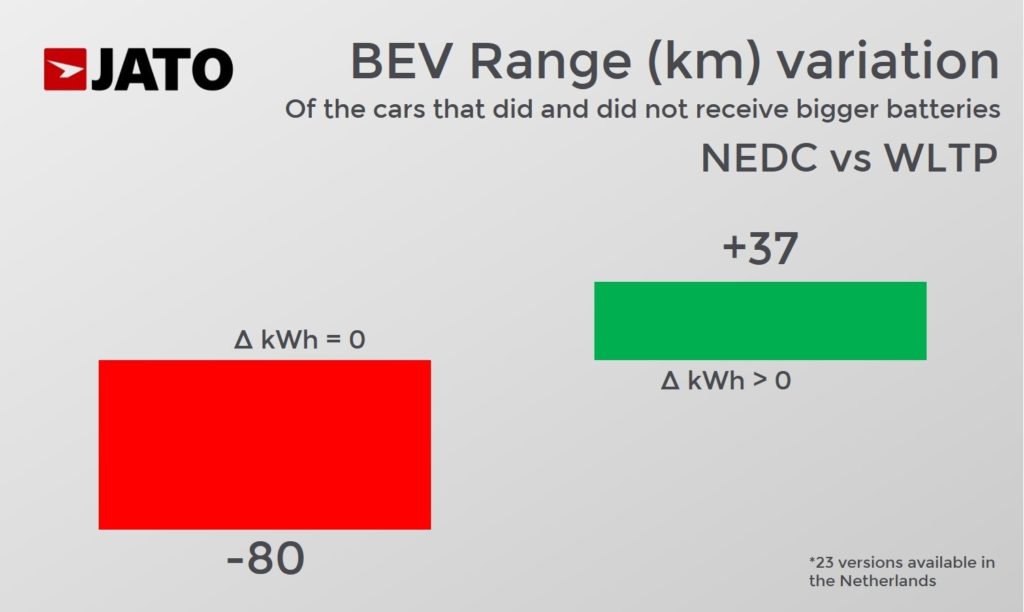 The new WLTP homologation has had a large impact on the range of BEVs compared to the old NEDC homologation. When we only look at the range, we see 27.45 km as an average drop in range.

Totals with the difference in battery: 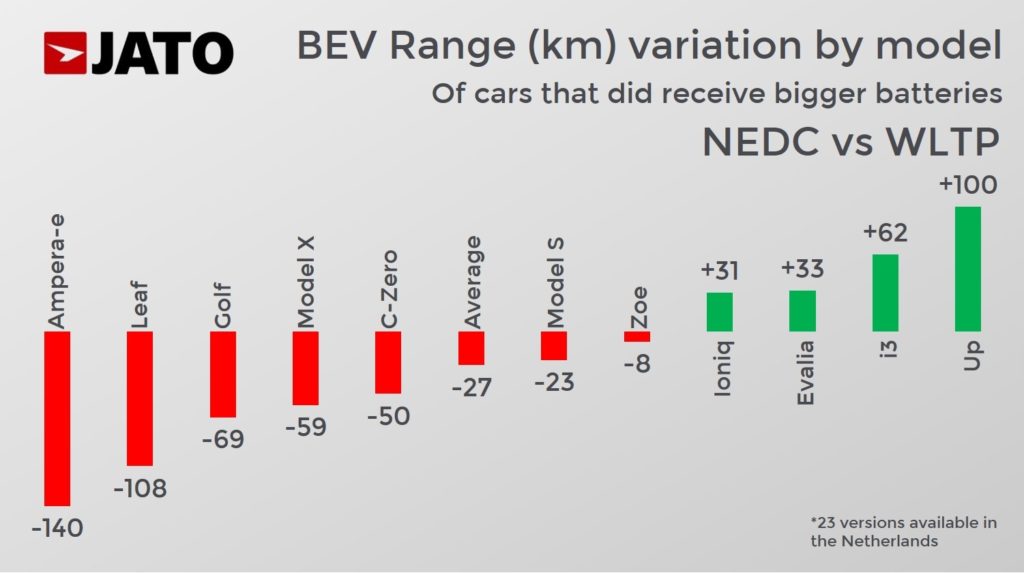 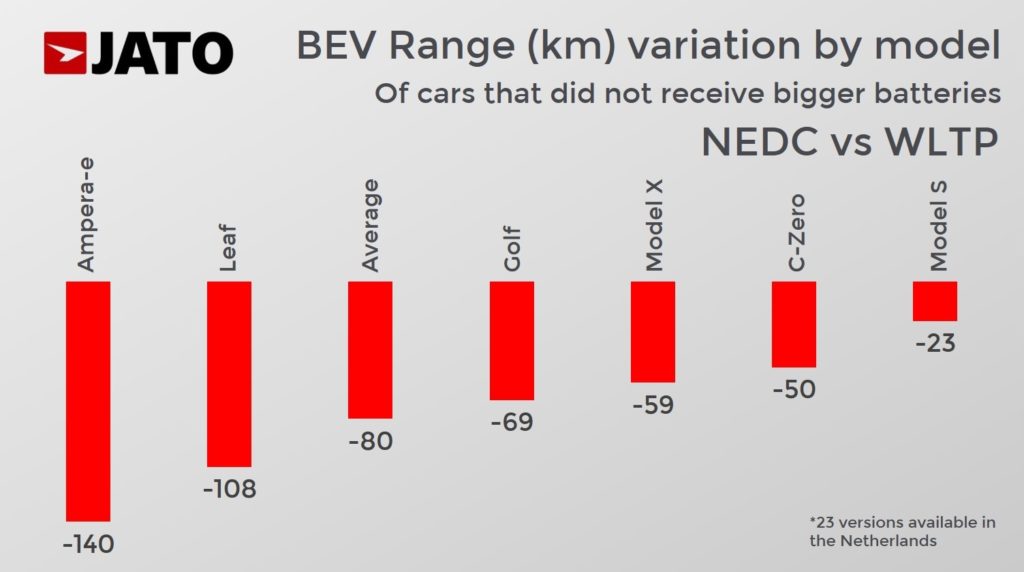