The compact SUV segment says hello to three new SUVs. One of them, the Ford, is just the update of an existing model, while the other two, the Audi and Mercedes, hit the premium segment for the first time.

The Ford Kuga is one of the most popular SUVs in Europe. Last year it was the 7th best-selling SUV and the 4th best-selling compact SUV. The current generation has been available since 2012 with a restyling in 2017. Ford succeeded by selling a unique model on both sides of the Atlantic: the Kuga in Europe and the Escape in North America. The new generation wants to continue with this strategy even if it totally breaks with its tradition. 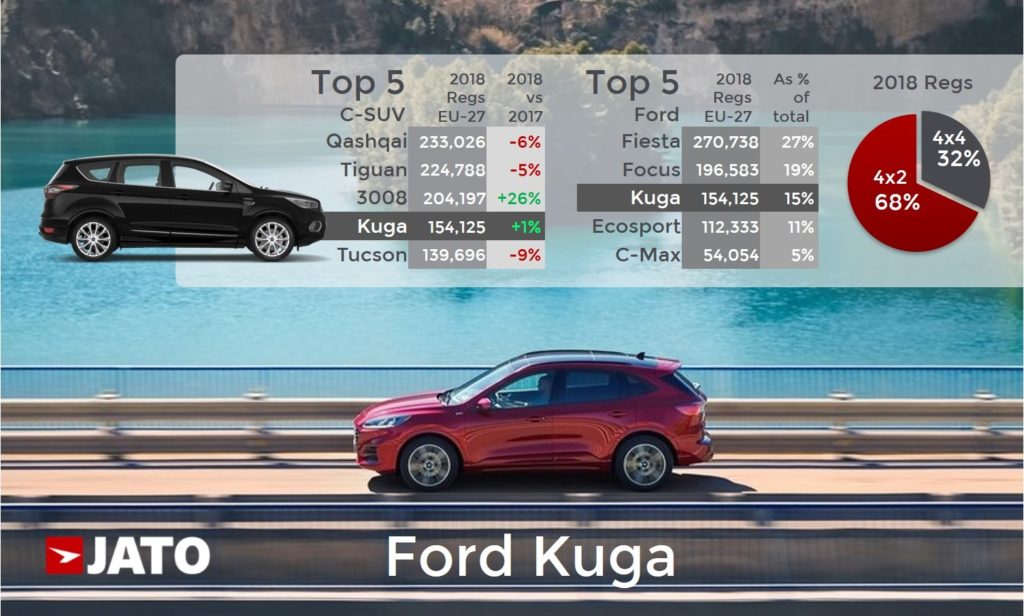 It now looks sportier and features a design that’s more appealing to the global market. These two attributes are expected to boost its sales and enable it to compete against the Toyota RAV4 and Honda CR-V– its main rivals on a global scale. The outlook is quite positive for the new Ford. As its main rivals in Europe – the Qashqai, Tiguan and 3008 – age, the new Kuga can capitalise to climb the rankings. We’ll have to wait until next year to see how well it performs.

Audi wants to expand the success of the Q3 by offering more Q3s to the market. After the introduction of the Q8 as a response to the BMW X6 and Mercedes GLE Coupe, Audi is doing the same in the premium compact SUV segment. The Q3 Sportback is Audi’s alternative to the BMW X2 and Mercedes GLA – whose new generation is expected to be revealed at Geneva 2020. 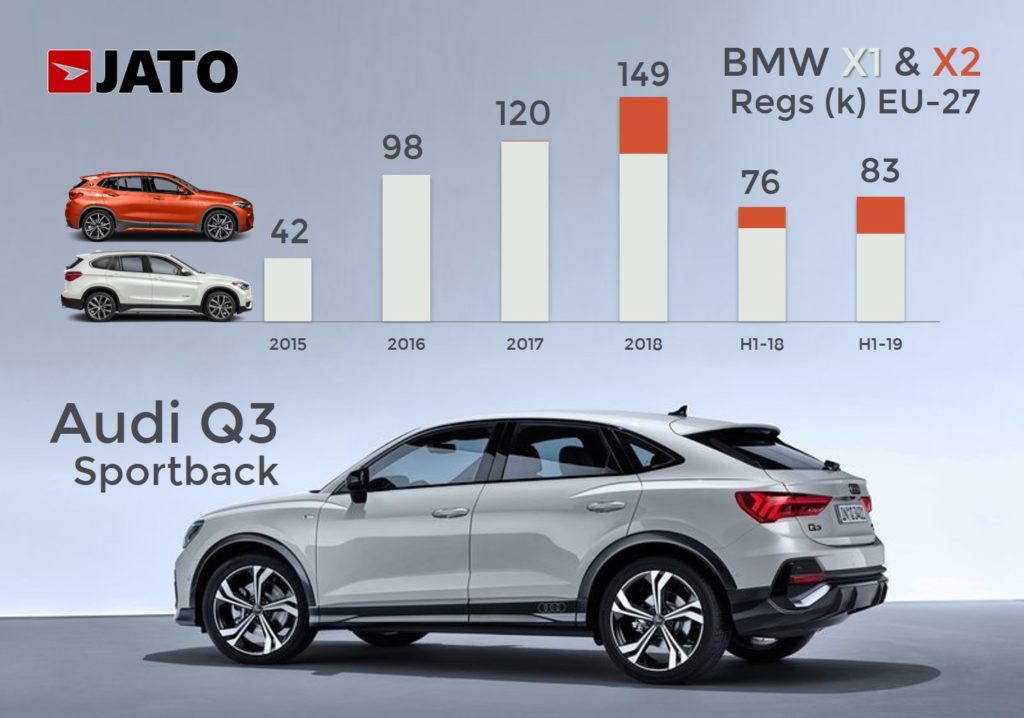 It is a complete contrast to the move made by Audi. The Mercedes GLB is the family version of its compact SUV range and sits next to the sporty GLA. However, it won’t have direct rivals as it is the only 7-seat compact SUV in the market and this is likely to be a key element for its success. Its boxy design, which is reminiscent of the GLK, is helpful for comfort reasons, but at the same time makes it less appealing in its exterior. 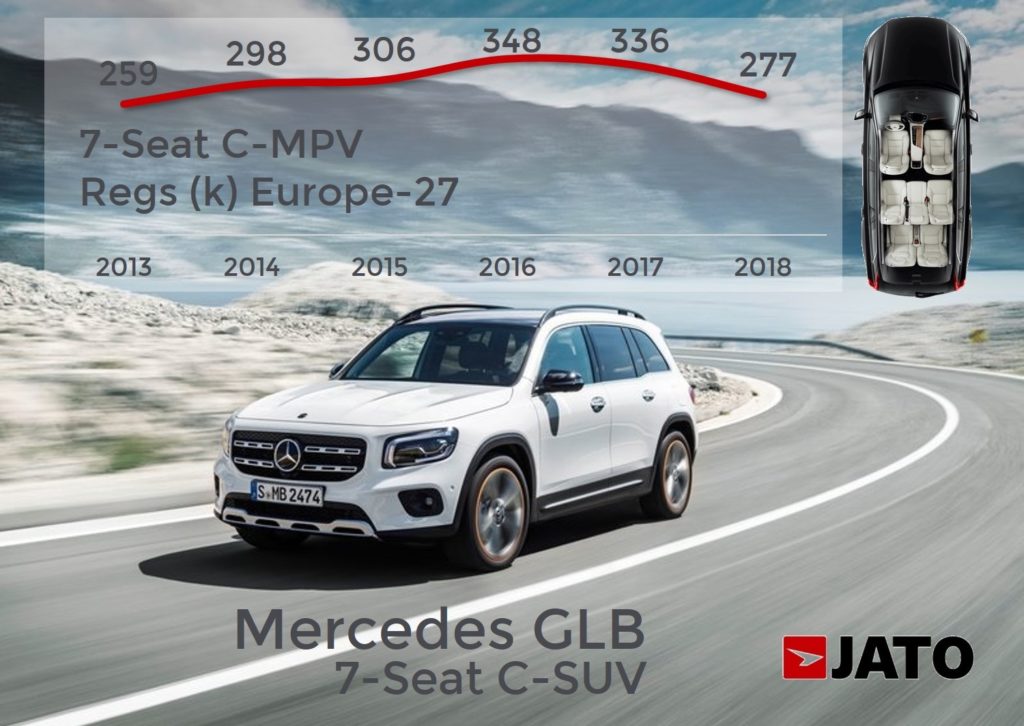