According to the latest preliminary data collected by JATO, the Tesla Model 3’s initial success has begun to slowdown. After the strong results achieved in February and March, when the car led the electric rankings and the premium midsize segment rankings, the Model 3’s registrations fell dramatically in April. The final results will be published next week, but it is likely that the volume will not be as high as in March. 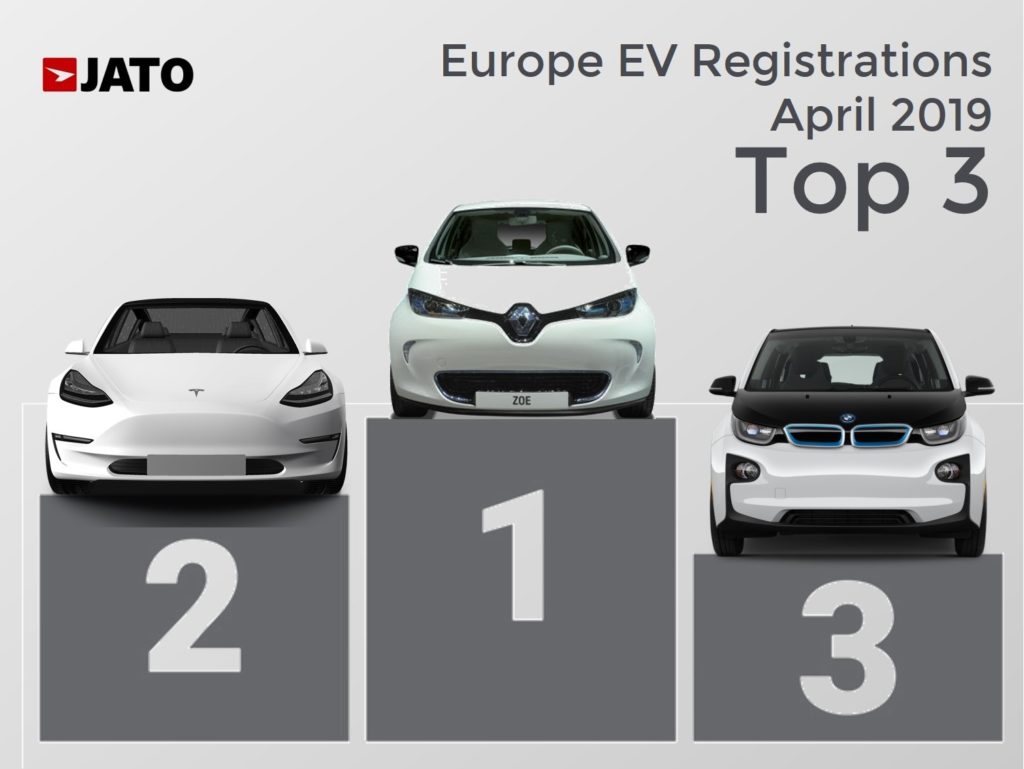 In April, the Tesla Model 3 was replaced by the Renault Zoe as the best-selling pure electric car in Europe. The French subcompact recorded approximately 4,000 registrations in 27 European markets, up by 62%, as it was boosted by strong demand in France, Germany and Italy. The Tesla Model 3 was 350 units behind, with Norway, Germany and the Netherlands making up its top three markets. 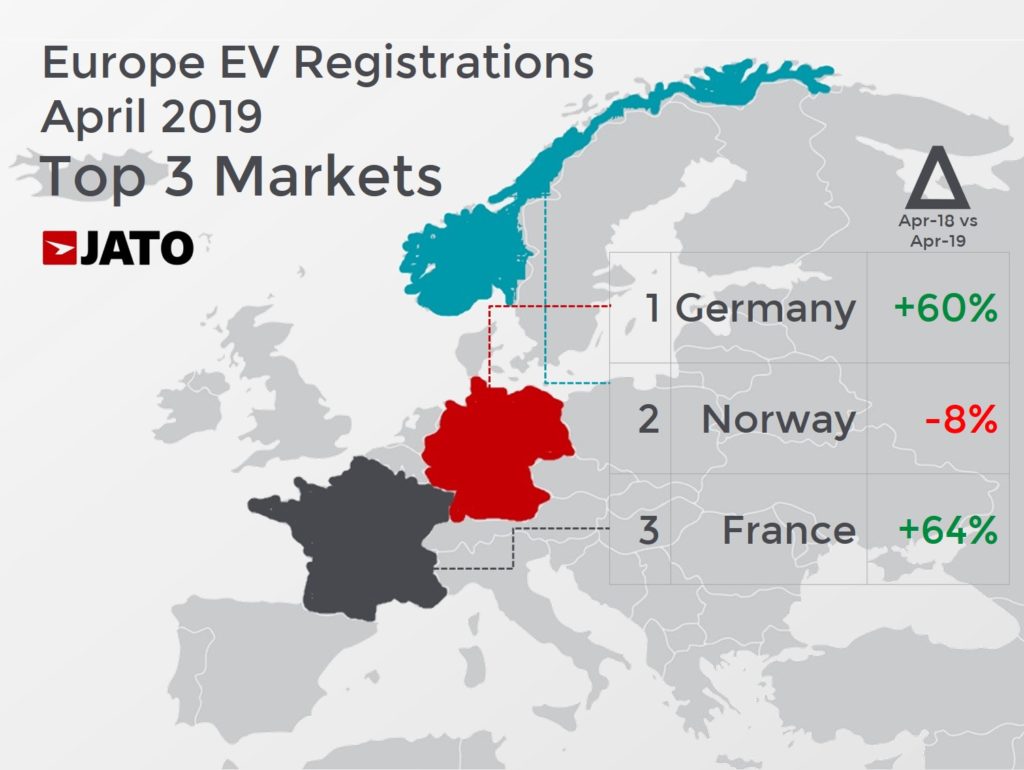 Last month’s results confirm that a large part of the reason why March’s results were so high was because those that were on the long waiting list for the Model 3 had their vehicle delivered during the month. In fact, April’s total was very similar to February’s, when initial registrations took place. The peak seen in March is likely a fleeting situation that we will not see again in the coming months. Nevertheless, things are set to improve for the little Tesla, as it is yet to hit dealers in the UK.

Leaf out of top 5, I-Pace ahead of E-Tron

Elsewhere, the solid growth posted by the BMW i3 and Mitsubishi Outlander muscled the Nissan Leaf of the top 5. The compact Leaf was Europe’s top selling electric car in 2018 and, even though it has very few direct rivals (e-Golf and Ioniq), its growth is waning. Further down in the rankings, Jaguar registered almost 1,200 units of its I-Pace, leading the premium SUV ranking, ahead of the Audi E-Tron, whose total was close to 1,000 units.

The full information will be available next week with our monthly release.

One thing is for certain – realtime WLTP data will be critical to the success of any automotive business for many y… https://t.co/G7arKCXdAY