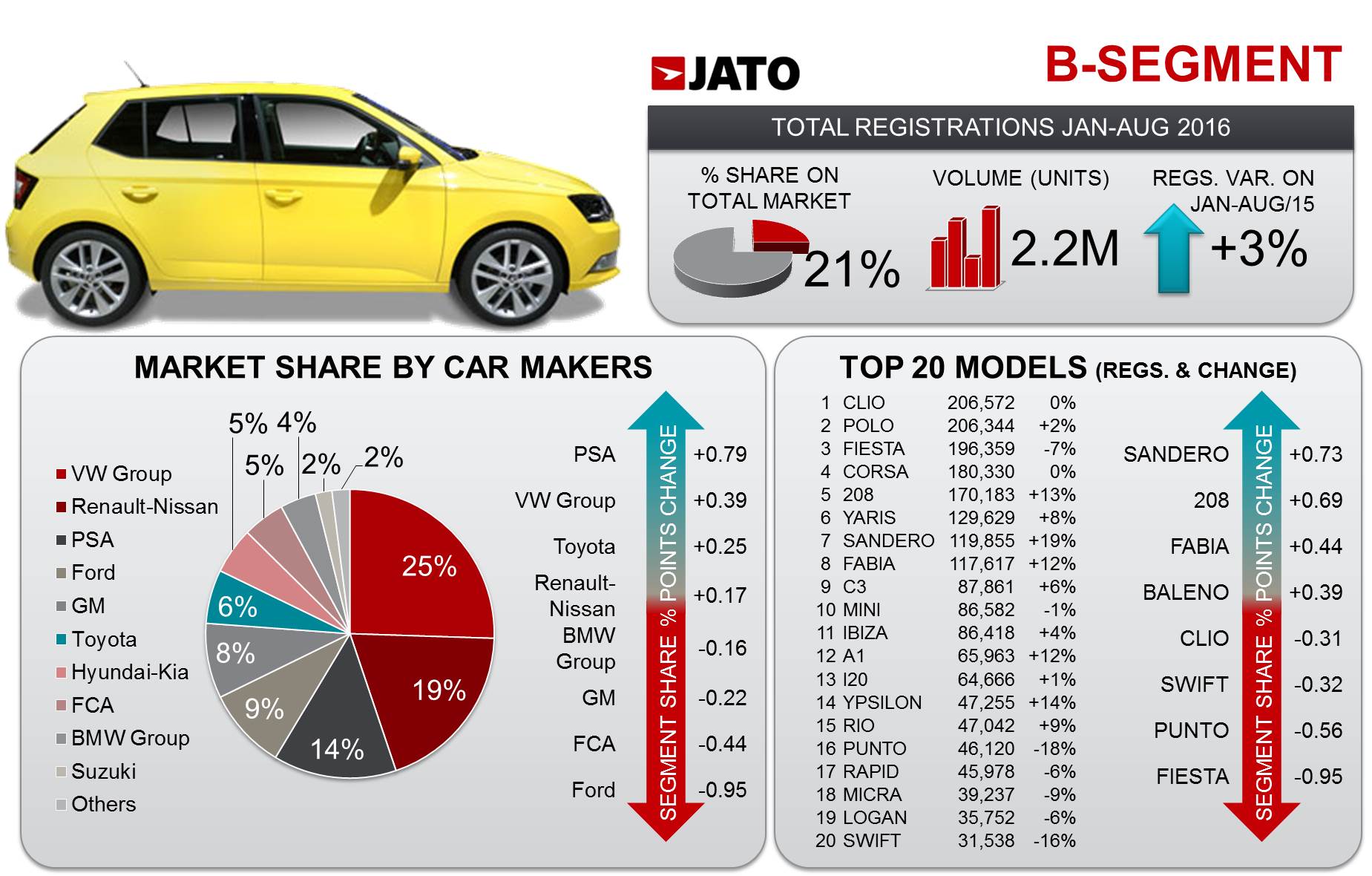 Subcompact segment (aka B-Segment) faces tough times. The stagnation of the A-Segment mirrors what has happened in the B-Segment which has also been in decline in recent years. Paris Motor Show is the occasion for the segment to be refreshed with the arrival of the third generation of the Citroën C3 and the fourth generation of the Kia Rio. These new entries will not have an easy job, they face competition from their direct rivals such as the VW Polo and Toyota Yaris as well as from B-SUVs. To compete, Citroën has included some significant customisation features in the C3, while the Kia Rio is an evolution of previous versions but maintains many of the model’s key attributes. 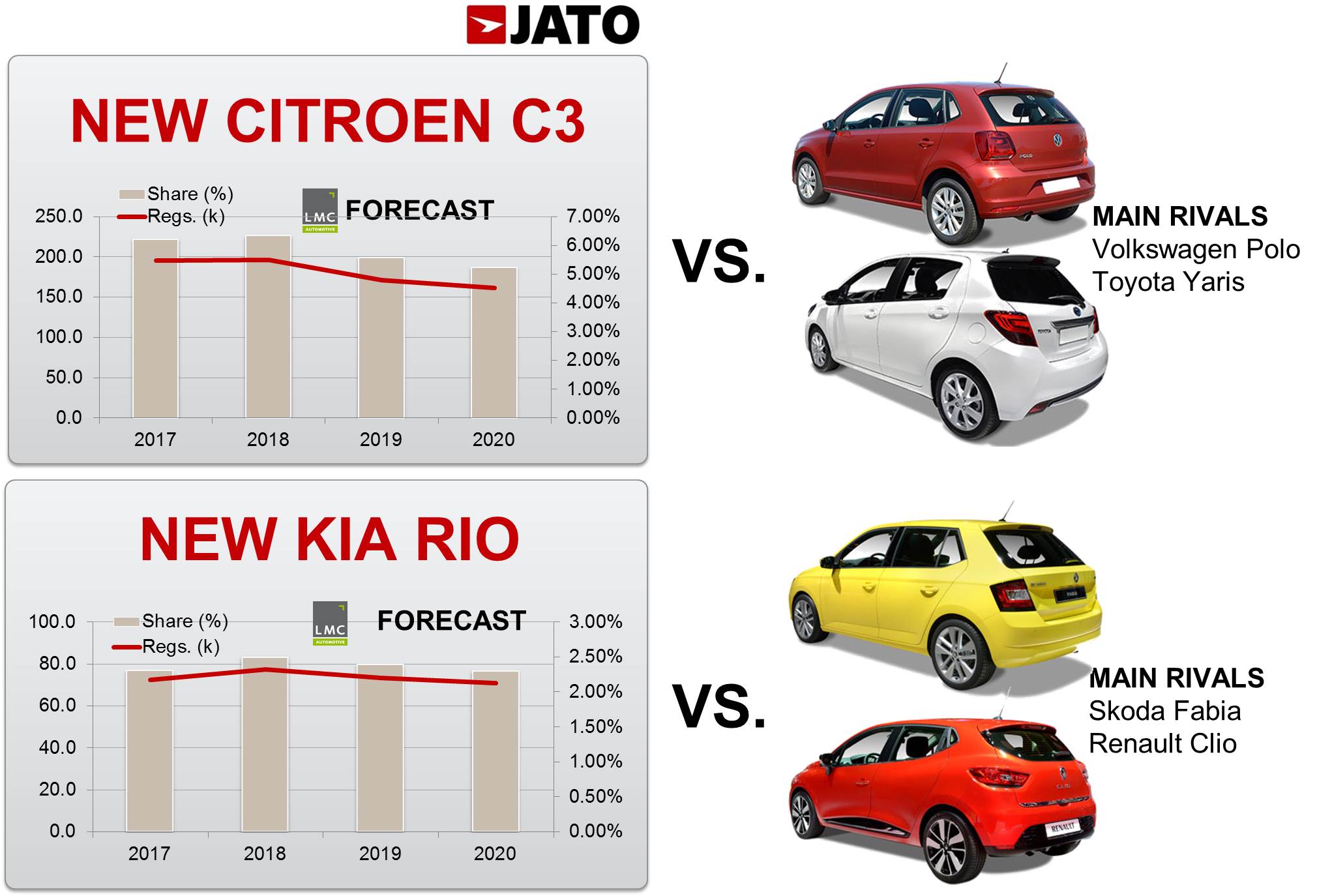 The Citroën is expected to keep its key role in the segment thanks mostly to its popularity in France. LMC Automotive forecasts that its registrations will total around 200,000 units next year and in 2018 with a segment share of more than 6%. The Rio will have its best year in 2018 with 77,000 units registered and 2.5% segment share. These figures comes at a time when the forecast for the whole B-Segment shows no volume increases and the segment share below 20% by 2019.

The European new car market showed both worrying and interesting trends during the first half of this year. These a… https://t.co/YT3L97PlWV