Nissan increases its Av. CO2 Emissions driven by the Qashqai 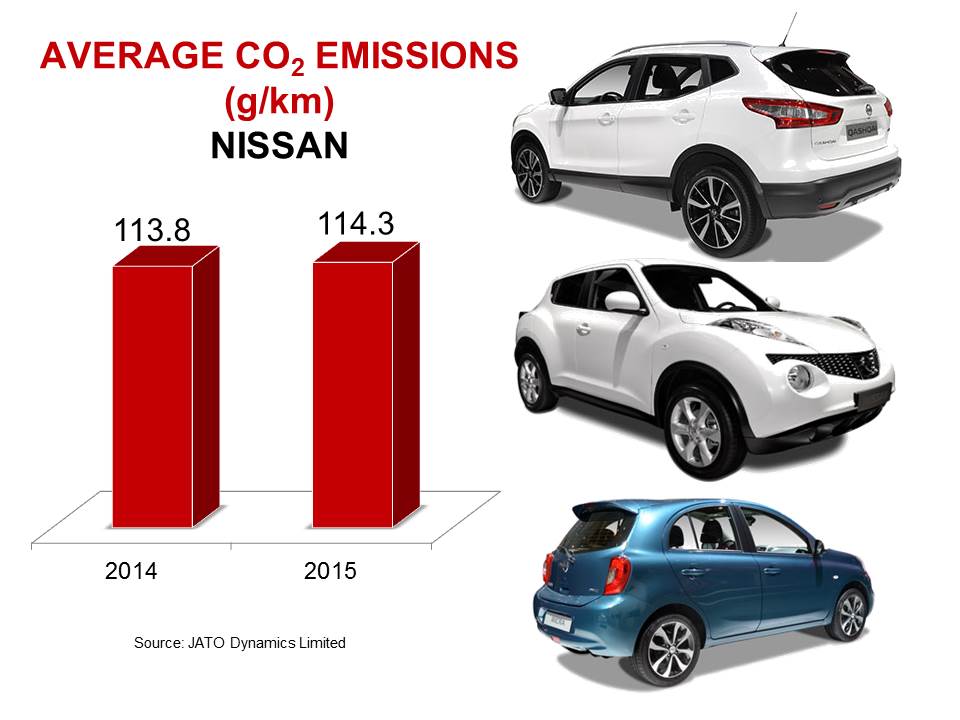 Despite increasing its average by 0.5g/km, Nissan managed to remain in fifth position in the top 20 best-selling brands ranked by average CO2 emissions. The Japanese car maker posted average emissions of 114.3g/km in 2015, from 113.8g/km recorded in 2014, posting the highest increase in the table. Due to the improvements posted by Toyota, at fourth place, and Skoda, at sixth place, Nissan got away from its Japanese rival, while Skoda got close thanks to the best improvement among the top 20. Nissan recorded average CO2 emissions increases in four of its six best-selling models, with the Qashqai recording the second highest. Nissan’s top-seller saw a 17% rise on its registrations but at the same time its average CO2 emissions went up by 1.3g/km from 115g/km in 2014 to 116.3g/km in 2015. The reason for this result was explained by the petrol engines powering the Qashqai, as their average emissions increased from 130.4g/km in 2014 to 131.8g/km one year later. The petrol Qashqai’s registrations went up by 44% on 2014 results and counted for 35% of the model’s total sales.

It wasn’t the only Nissan to increase its average CO2 emissions. The Note (+1.1g/km) and the Pulsar (+2.7g/km) also showed more averages. The Pulsar was the fifth best-selling Nissan in Europe and last year its registrations jumped by 426% compared to 2014 results. The Micra’s average emissions remained unchanged at 115g/km. The best improvement was recorded by the X-Trail (-5.6g/km) with 136.3g/km. The Juke also posted an improvement of 0.8g/km fewer average emissions compared to 2014 results.