PSA wants to grow. GM wants to stop burning money in Europe. A deal between them could help them achieve these goals, but it would also have other effects that couldn’t be always positive. Any deal, merge or acquisition in the car industry usually generates more news than benefits to the parts involved. Despite the positive reaction of financial markets to the announcements made last week, there are other facts to be considered in this new event. 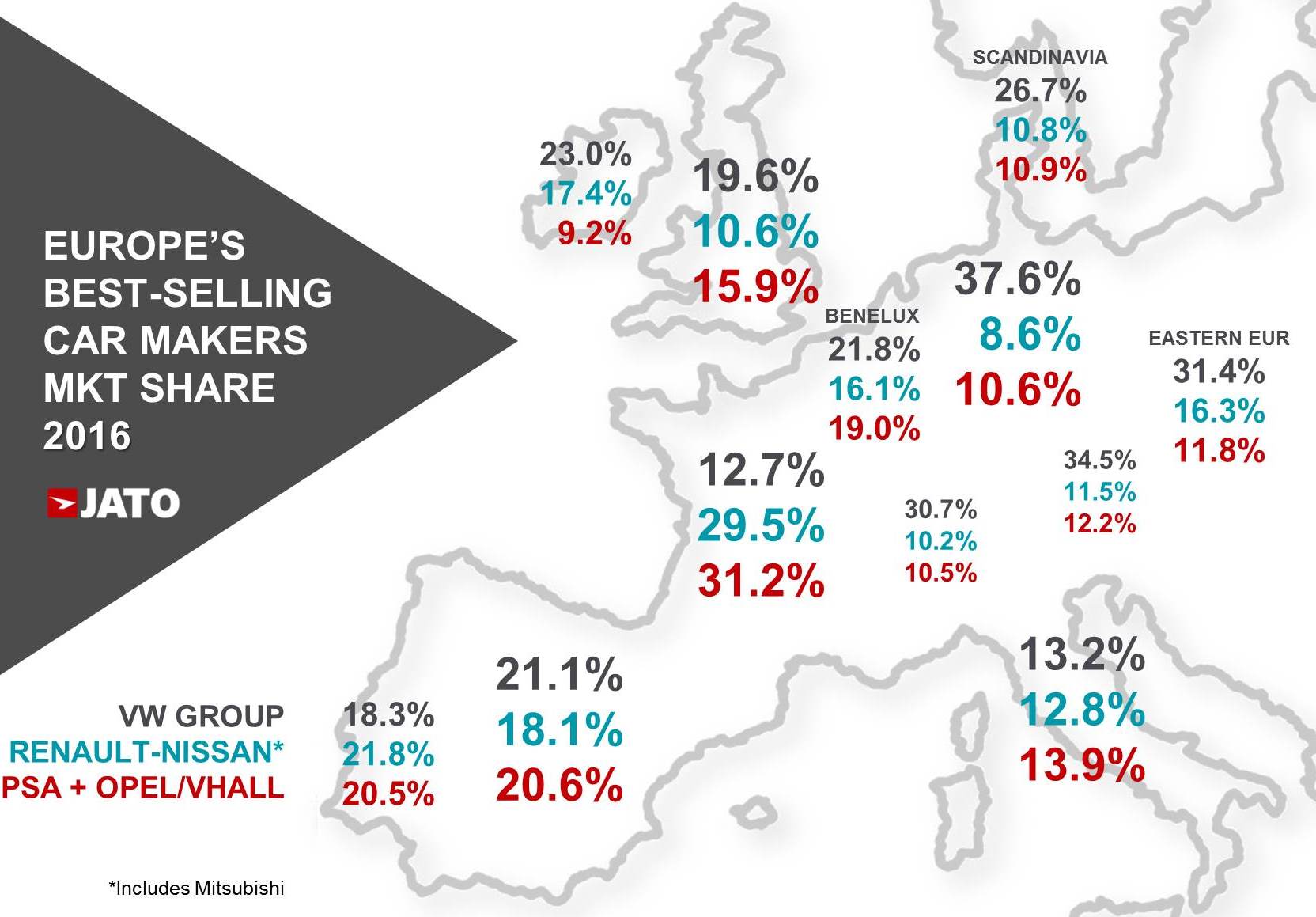 + PSA benefits from better presence in Europe’s two largest markets, Germany and UK, playing as “local”. Opel brand is strong in some markets where PSA needs to do more. These markets include not only Germany and the UK, but also Poland and Hungary. Combined operations would result in Europe’s second largest car maker, behind VW and above Renault-Nissan.

+ GM gets money and stops losing it in in Europe. The company was set to break even and return to profitability last year but Brexit effect ruined its plans. By selling its European division, the American car maker could focus its efforts on improving its operations in Asia and South America. At the same time it would leave one of the most complex markets.

+ Brexit would stop being a problem for PSA, but an opportunity. With GM plants in the UK, PSA could face the pound-euro fluctuation issues, and the uncertainty about the future of UK-EU trade. At the end, UK is the second largest market in Europe and the world’s sixth. 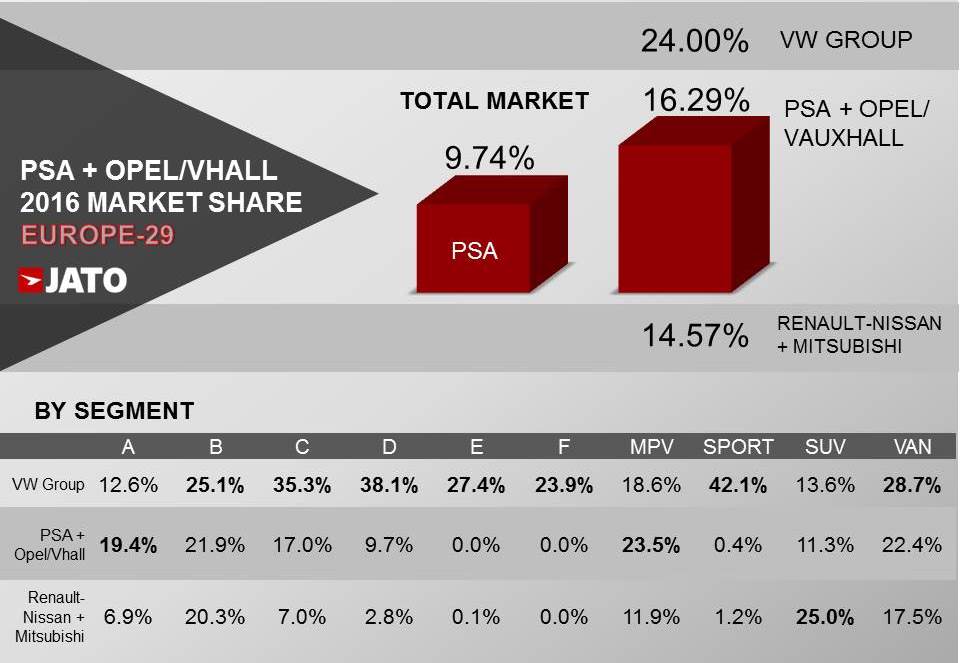 – Europe, the world’s third largest car market after China and USA, wouldn’t be under GM’s radar anymore. This means that the Detroit-based company would have to continue operating without any presence in a key market. European car market is complex, enormously competitive and won’t post big growth rates in the coming years, but it is at the same time a key region for the car industry in terms of design, development and new transportation solutions.

– PSA would not gain more presence in global markets. Opel/Vauxhall is a regional brand and has no presence outside Europe (few units are sold in Chile and South Africa). In other words, a potential deal between them would only help PSA in Europe, jumping from the current third position in the car makers ranking by volume, to the second one. PSA’s biggest problem during the financial crisis of 2009-2012 was its strong dependence on the European market. This finally changed when its Brazilian and Chinese operations started to grow. Last year, Europe counted for 63% of PSA global sales. Adding Opel/Vauxhall’s volume would make Europe to count 70% of the new PSA global sales.

– Cannibalization: Opel/Vauxhall and Peugeot/Citroen have very similar ranges of products. They are both positioned in the mainstream market with strong presence in the small and compact segments. Both of them lack of a full range of SUVs, and none of them succeed in the midsize sedan segment. They also need further presence in the low-cost market. Opel/Vauxhall would not give PSA access to the gowing premium market either. 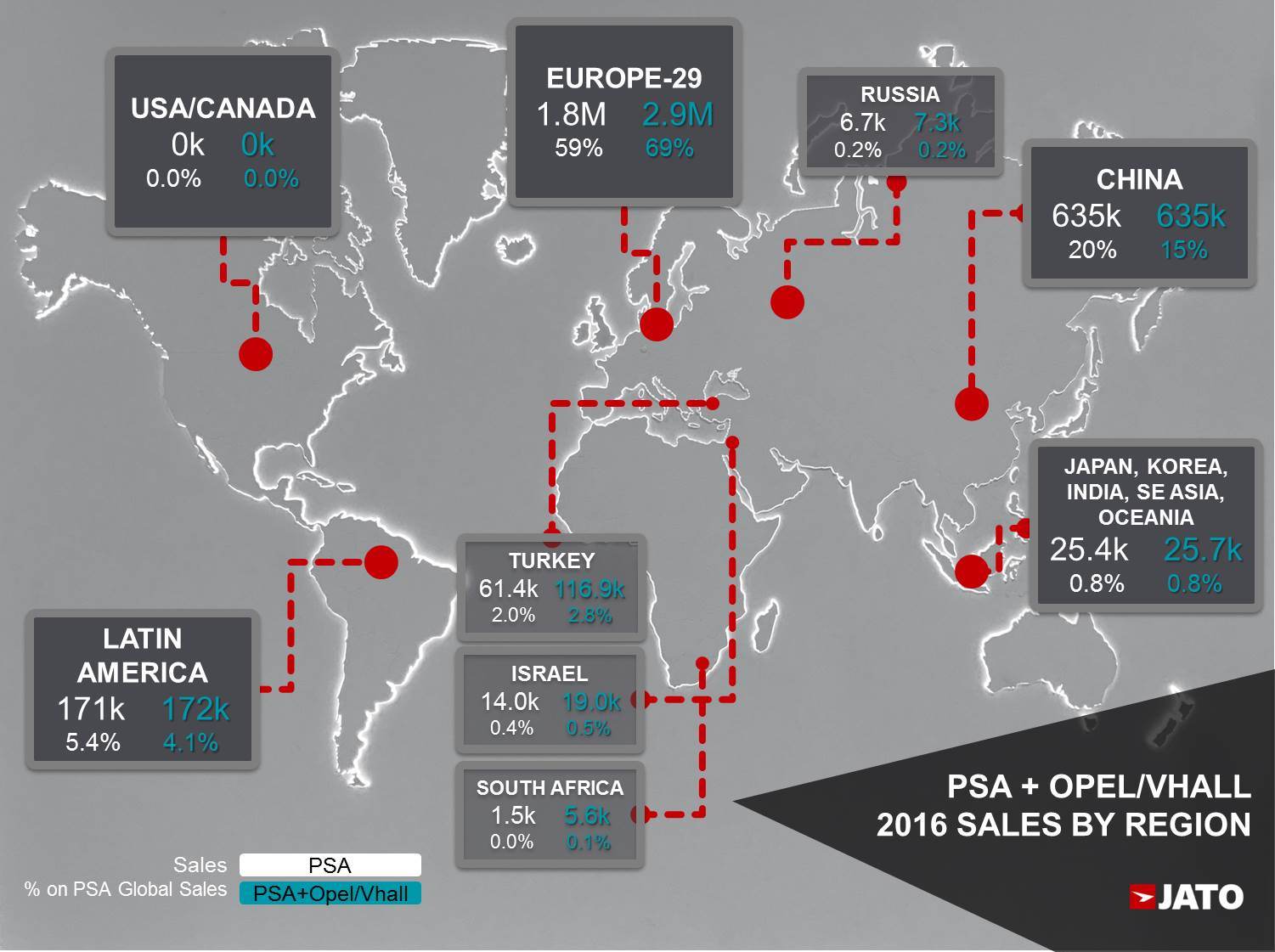 China has also made a lot of progress in the upper segments of the EV offer. While the Western world is limited to… https://t.co/fC0DetyryI