Renault-Nissan: a snapshot of the “alliance” 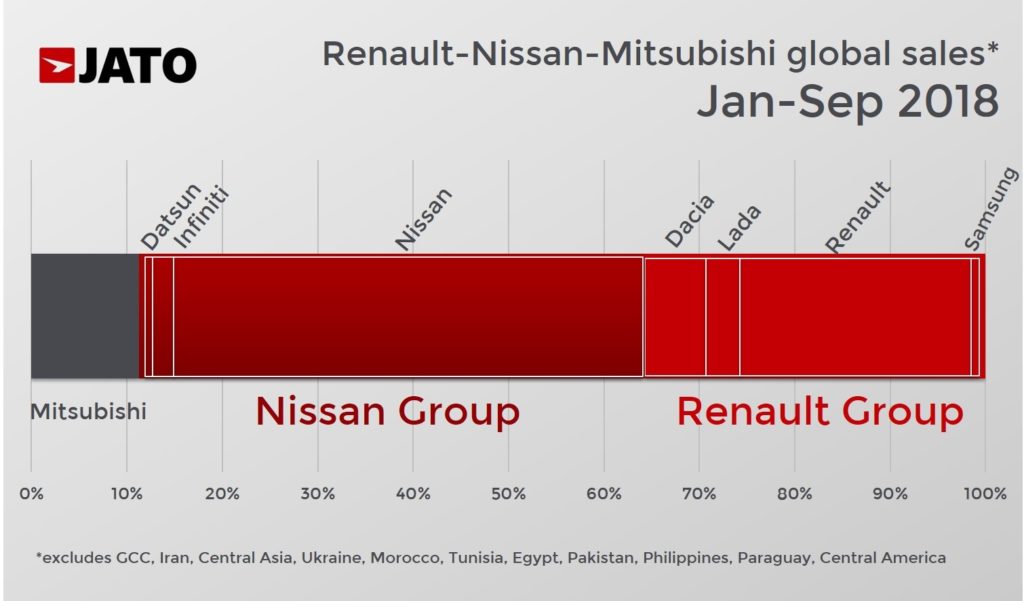 Over the last few days, a lot has been said about the arrest of Carlos Ghosn, the man at the helm of the Renault, Nissan and Mitsubishi alliance and their nine brands. Whatever the outcome is, the truth is that we’re talking about a giant in terms of sales, common projects and growth potential. In light of recent headlines, this article examines the current situation of Renault-Nissan and how each part of the alliance is positioned. 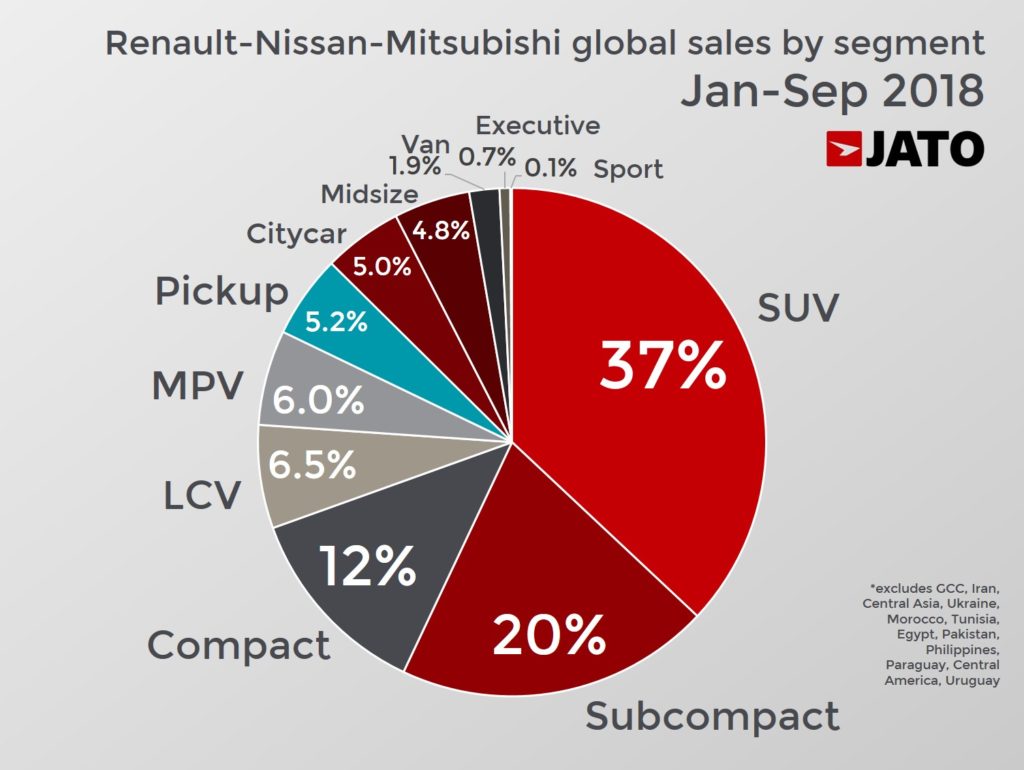 The first thing to take into account is that the alliance is big and, as a result, is a player in all of the key global markets. Of course, it’s most active in Europe and North America, but it’s also a big player in Russia, North Africa, Latin America, Japan and, more recently, in Asia-Pacific. Due to the solid position of Nissan, the alliance is quite strong in Japan, where it has a 15% market share, and the US, where it has a 10% share. Meanwhile, Renault helps it to be a protagonist in Europe (15%), Latin America (18%) and Russia (36%). Mitsubishi is an industry leader in Asia-Pacific, allowing the alliance to control 14% of the market. This means that one of the strongest elements of the alliance is that each member has its own market and they barely compete with each other. 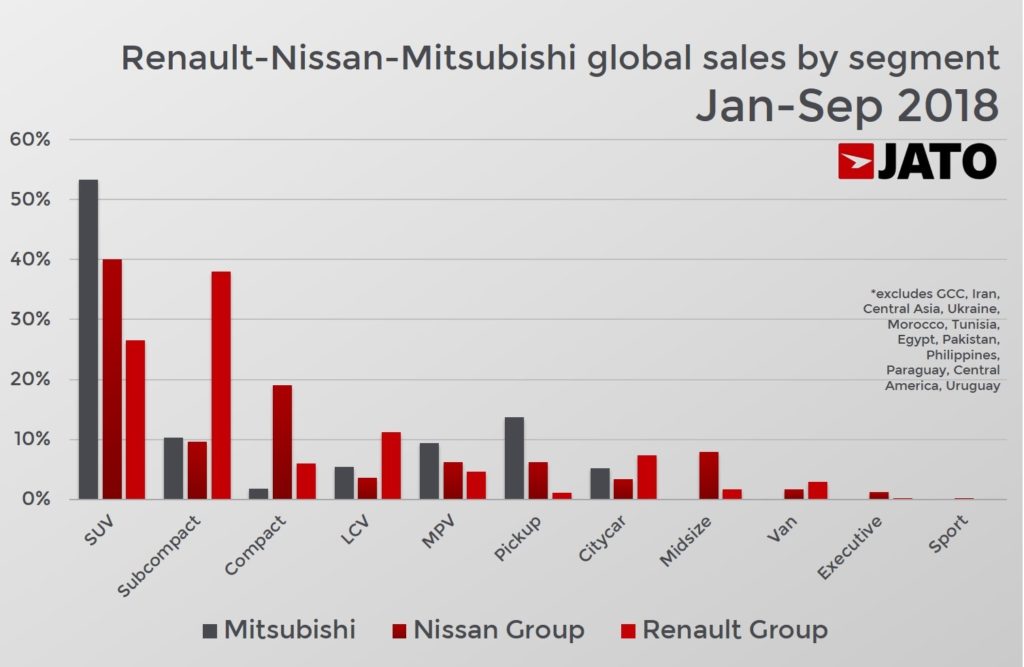 However, their sales volumes are not equal. Due to its strong presence in the US and China, the two largest markets in the world, Nissan sells more cars than Renault. Along with its partner brands Infiniti and Datsun, Nissan counts for around half of the alliance’s global sales. The remaining half is composed of Renault (Renault, Dacia, Samsung and Lada) and Mitsubishi. However, JATO’s data for the year up until September (excluding Iran, Morocco, the GCC, Philippines and Central Asia) shows that only Renault Group and Mitsubishi recorded sales growth, while Nissan Group recorded a decline. Another interesting thing to note when analysing the alliance’s sales composition by group is that there’s a big difference in segments. Considering the fact that the SUV and pickup segments are usually the most profitable, it is interesting to see that these segments have more weight in Mitsubishi sales, as they count for around two thirds of its global volume. For Nissan they count for 46%, while Renault is the least dependent on these segments with 28%. This means that Mitsubishi and Nissan are more aligned with the current global consumer demand, while Renault is still very dependent on small cars, which make up 45% of its total volume. 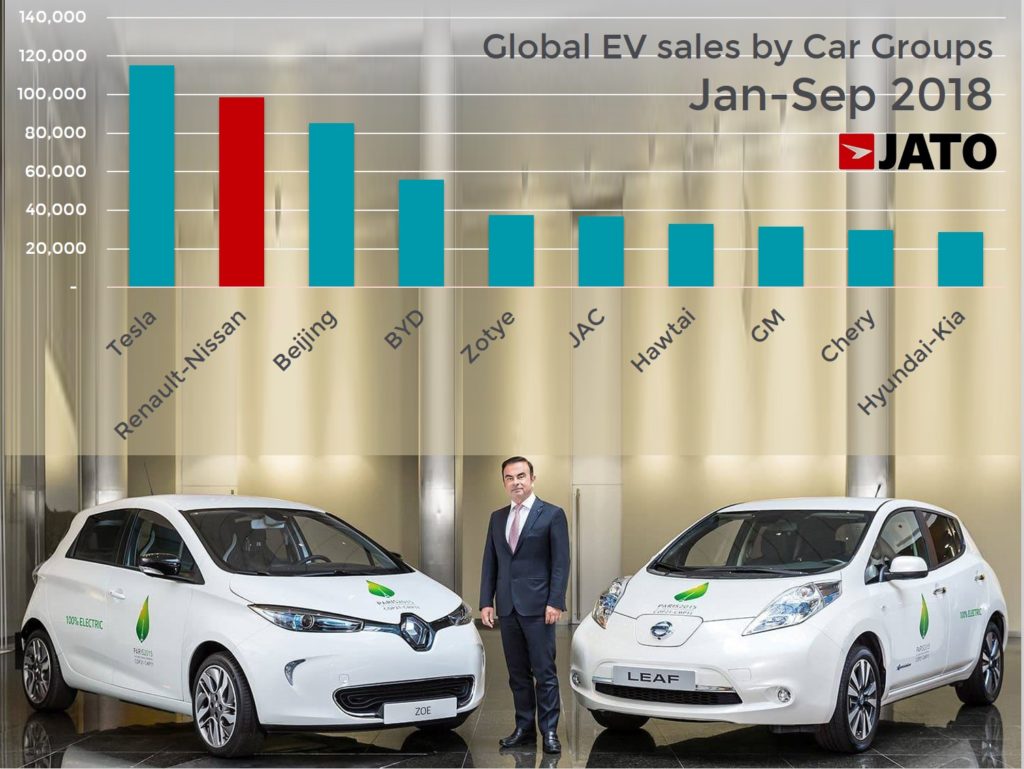 Despite being partners for more than a decade, Renault and Nissan are still far from being fully integrated. Nissan Group has around 55 different models available worldwide, while Renault Group has around 40. From the nearly 100 models they own between them, only eight share the Common Module Family platform developed by both groups, and only five of them made part of the alliance’s top 25 best-selling models through September. Another two models share also a platform (Nissan Frontier and Renault Alaskan), with only the Nissan hiting the top 25. In other words, there is still little integration between the Japanese and French car makers and most of the alliance’s sales come from models developed independently. 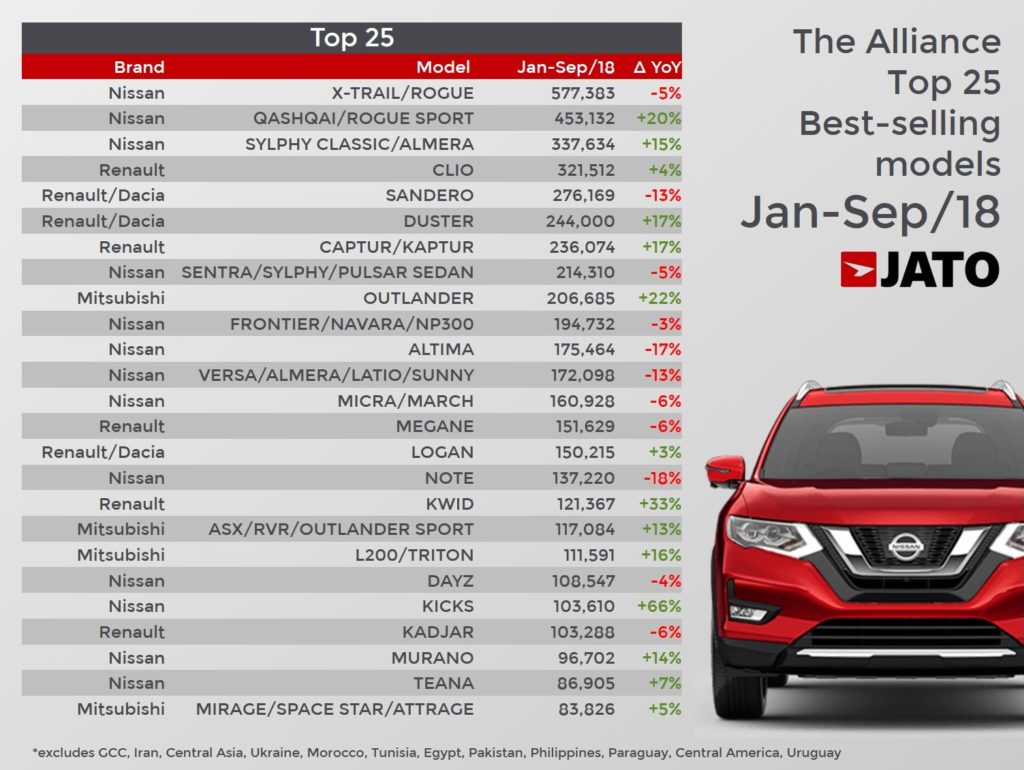 It’s also important to remember the alliance’s key position in the electric vehicle market, where it makes up nearly 14% of the market and is ahead of other big makers like Toyota and VW Group. But the most important thing to note is its dominant position in the booming SUV segment, which is the biggest driver of growth in the global market. Renault-Nissan controlled 12% of the segment in the first half of the year – ahead of the 8.4% of GM and 8.2% of Hyundai-Kia – as its Nissan X-Trail/Rogue became the world’s second best-selling SUV. Any break of the alliance would mean to lose these important positions within the industry. 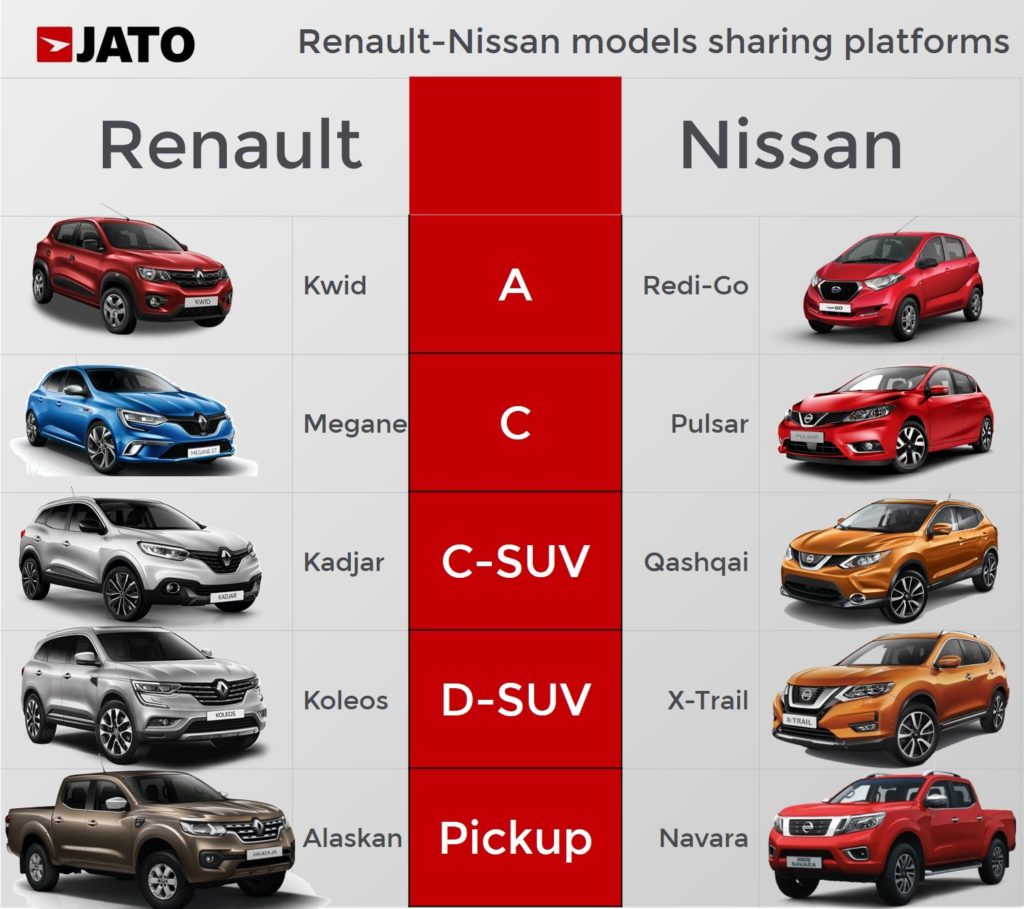 With or without Carlos Ghosn, the alliance is probably facing its most difficult test yet. Together, Nissan, Renault and Mitsubishi play a key role in the car industry and have enormous potential. The question now is whether this critical situation will mark a turning point to restructure the alliance, or will it be the beginning of the end of it?

While the pure electric cars made up 15% of Northern Europe passenger car sales, they barely counted for 4% in thei… https://t.co/3OGVwJkS8o