The Opel/Vauxhall Mokka would have been the best-selling small SUV in Europe if all home markets volumes were excluded from the total ranking. In this case it would outsell last year’s leader, the Renault Captur, as the Mokka’s volume in Germany (in theory its local market in Europe), counted for only 19% of its European total. The relatively low dependence on Germany allowed it to rank first in the B-SUV list above the Renault Captur, which would be severely affected if its French volume wasn’t included (this country counted for 37% of its total in Europe). The Romanian Dacia Duster would also benefit from its low dependence on Romanian market outselling the Peugeot 2008, whose sales in France represented 41% of its European figures. It is also the case of the Skoda Yeti and Fiat 500X, following the small percentage the Czech Republic has in the Yeti’s total, contrary to the strong dependence of the 500X on Italy. Finally the Ford Ecosport, Jeep Renegade and Mini Countryman totaled similar volumes by excluding Germany (Ford plays as local in this market), Italy (the Renegade is built by Fiat in Italy) and the UK. 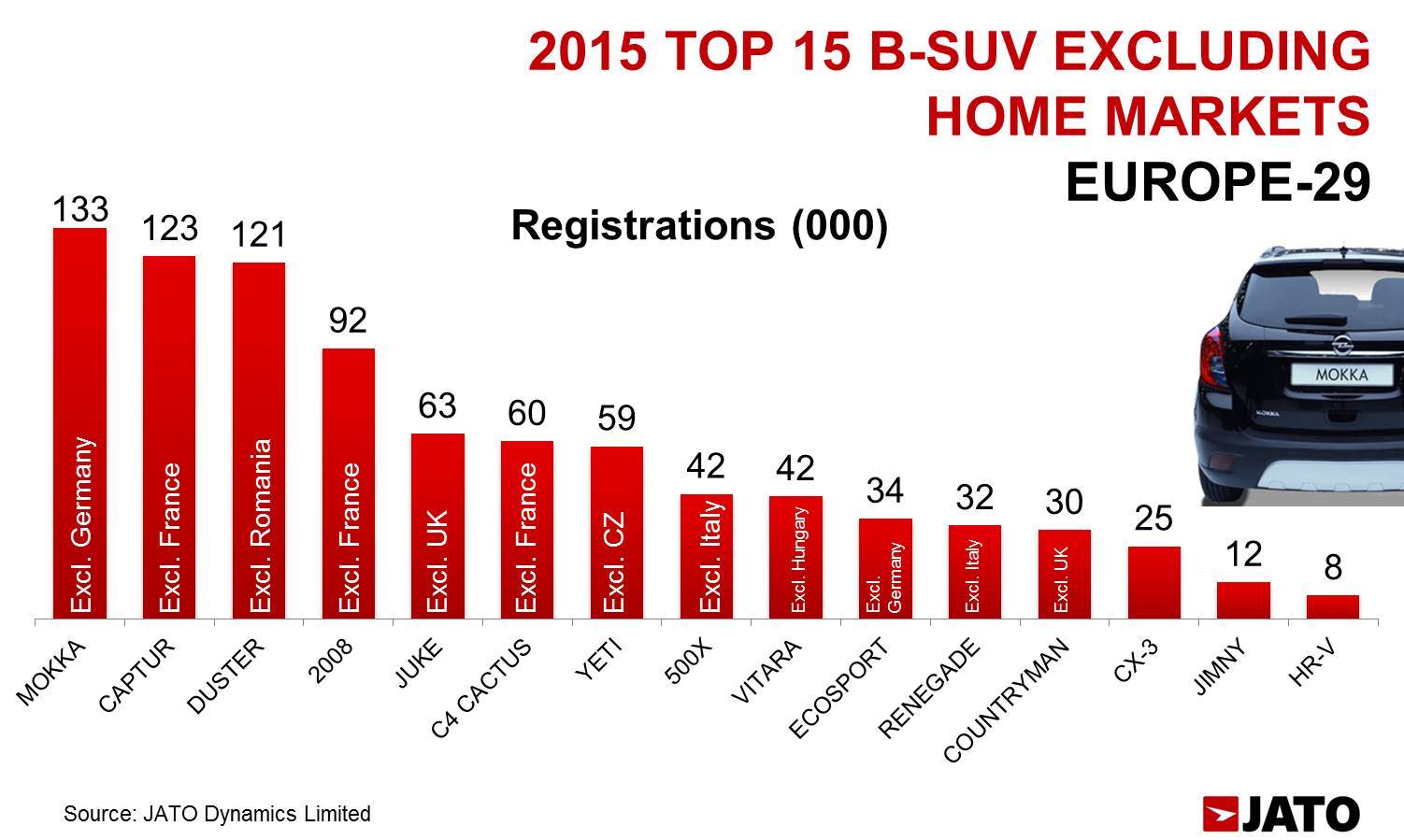 When looking at the performance of individual markets, total sales increased in France, UK and Italy, when compared… https://t.co/Ubv0IXgFMn