The good start the Spanish new-car market had during January continued in February at higher positive growth rates. Last month the fifth largest car market in Europe posted a 16% gain over February 2015 to 98,500 units, 5 more percentage points than the growth recorded in January. YTD figures show that the total grew up to 176,000 units, or 22,000 units more than during the same period of 2015. February’s result was 13,500 units higher than February 2015 and 29,000 units higher than total registrations during February 2014.

As it happened in the UK, total growth was driven by increasing demand of SUV, which became the market’s best-selling segment in February. SUV registrations jumped from 18,800 units in February 2015 to 24,800 units during last month. Therefore their market share increased from 22.1% to 25.2% in February 2015, outselling the subcompact and compact segments. Registrations of small SUV grew by 40% getting close to the total posted by the compact SUV (10,500 units, up 15%). Midsize SUV registrations grew even faster at 92% over February 2015 to 3,239 units. MPVs had also a brilliant month with registration up by 17% in opposition to the bad performance posted in other European markets. Their volume were boosted by a 23% gain posted by the small MPVs and 15% increases made by the compact and large MPV.

Opel was the big winner in February with registrations up by 24% and becoming the best-selling brand not only during that month but in the YTD ranking. The GM brand market share jumped from 8.0% in February 2015 to 8.6% one year later. However its market share is still far from the one posted in February 2014 when Opel controlled 9.9% of the Spanish car market. Opel’s rise had a negative impact on Volkswagen and Seat registrations, at second and third place. Volkswagen’s share fell from 8.9% to 8.3%, while Seat’s dropped from 10.8% in February 2015 to 8.0% last month. These two brands were also affected by the 37% gain posted by Peugeot at fourth place. The market was also boosted by the premium brands like Audi (+34%), Mercedes (+69%), BMW (+20%) and Volvo (+60%). 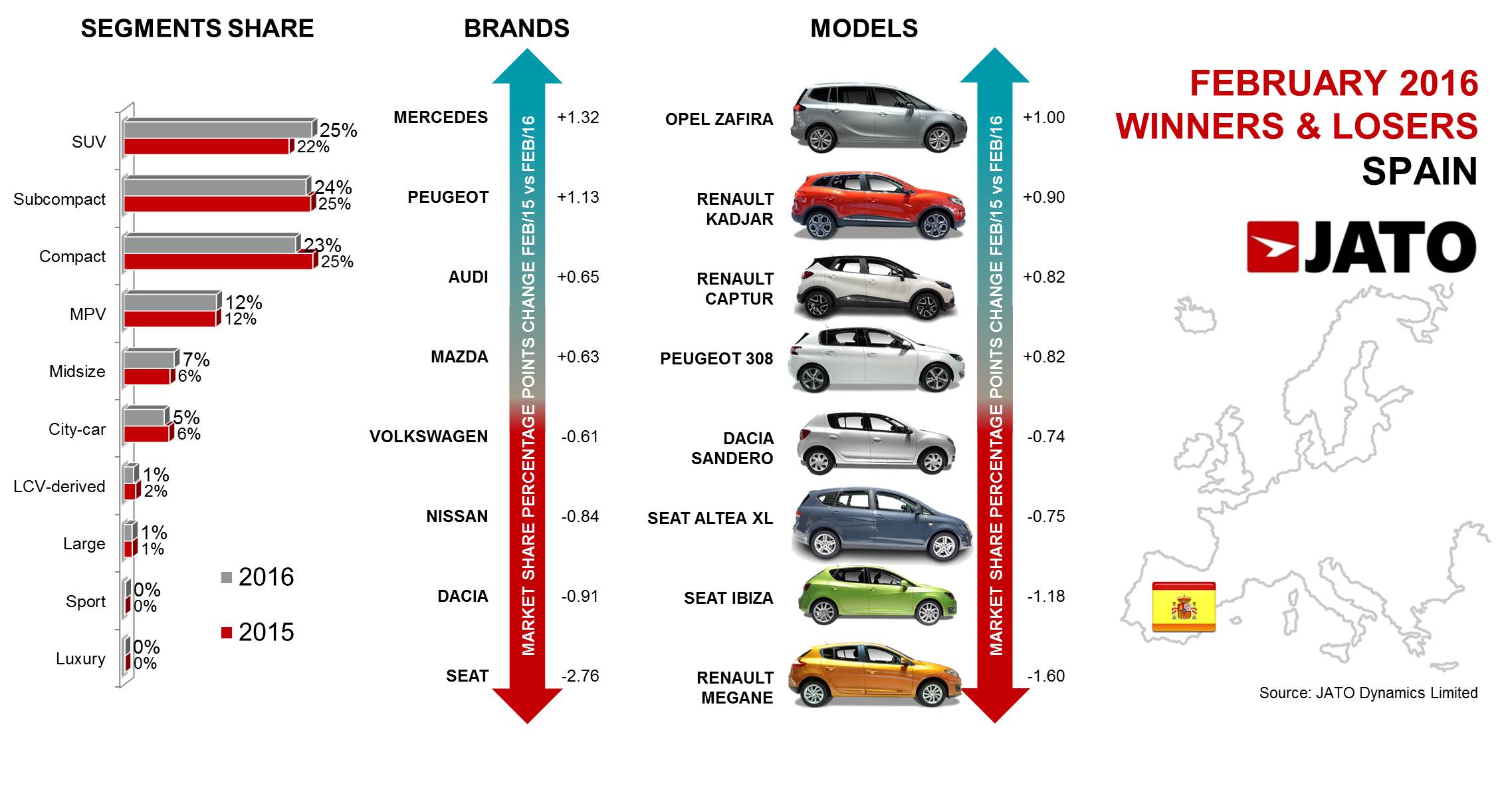