Europe: Subcompacts and Compacts are getting longer

The popular European subcompact and compacts cars became longer during the last 15 years. That’s JATO’s latest data analysis that suggests that total length of two of the most popular segments is now some centimeters longer than their previous generations. Considering both, registrations in the year 2000 and 2015, and total length of the hatchback versions registered, the average length grew some centimeters and in the case of the subcompacts, the current ones have become almost as long as the compacts that were available by the year 2000. 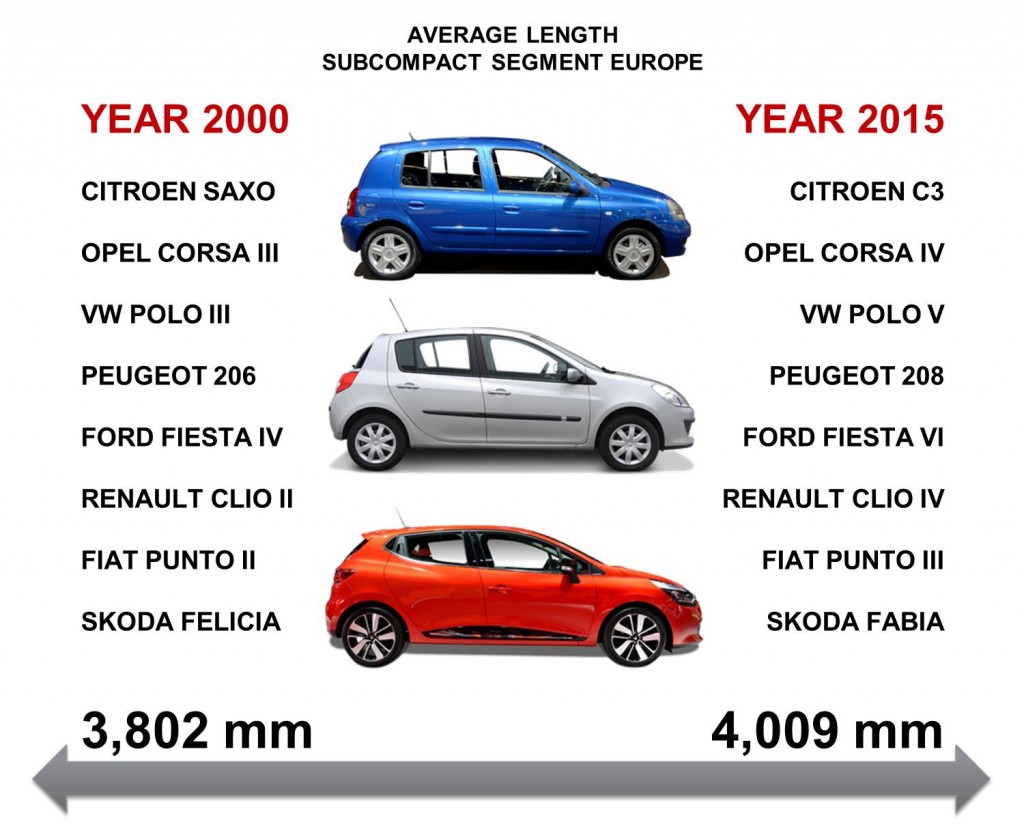 In 2000 the average length of subcompact cars (also known as B-Segment) was 3,802 mm. By that year the market was dominated by the recently launched third generation of the Opel Corsa, the old third generation VW Polo, the 3 year old Peugeot 206, the fourth generation of the Ford Fiesta, the 3 year old second generation of the Renault Clio and the second generation of the Fiat Punto. Since then most of their new generations have gained some centimeters and by the year 2015, total average length went up to 4,009 mm. This is a 5.4% or almost 21 cm gain which was bouyed by more equiped, stronger and bigger cars. The current Renault Clio, Opel Corsa, Seat Ibiza, Hyundai i20, Dacia Sandero, Mazda 2, Kia Rio and Fiat Punto are longer than 4,000 mm. The average growth was also boosted by the increasing sales of SW versions such as the Skoda Fabia and Renault Clio. 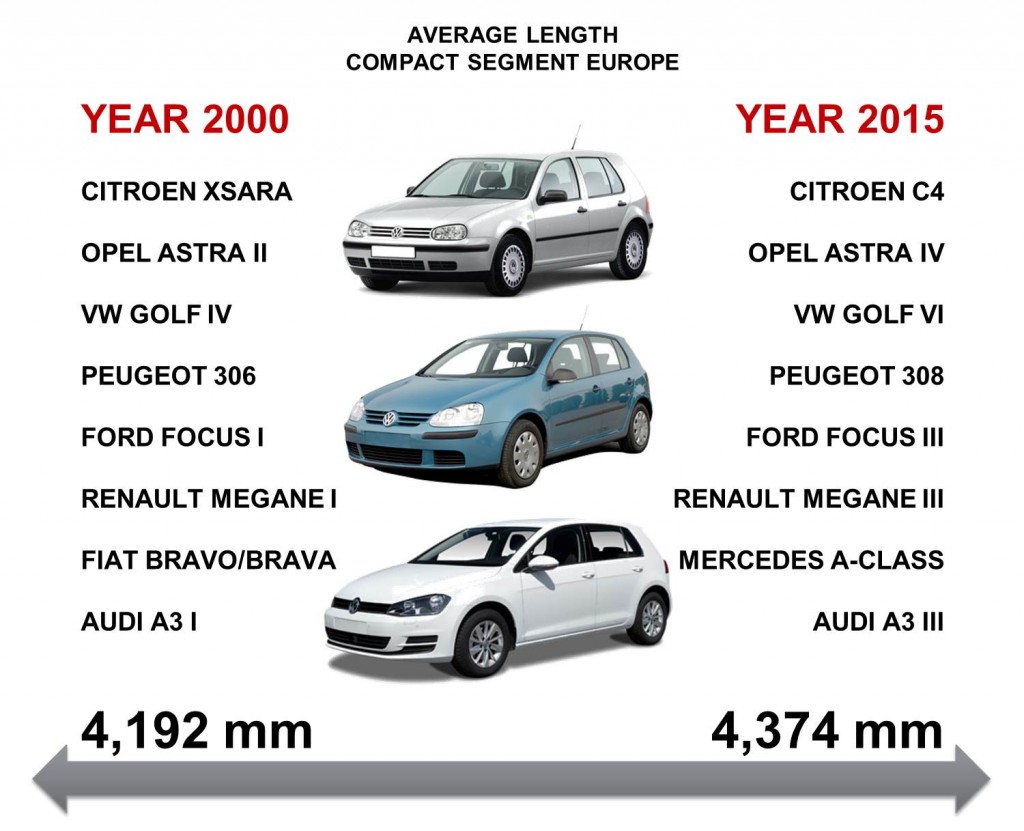 In the case of the compacts, the situation is pretty much the same. In 2000 the average length of the hatcbacks and SW versions was 4192 mm in a segment dominated by the VW Golf IV, the second generation of the Opel Astra, the first generation of the Ford Focus, the first Nissan Almera, the Mazda 323, the first Renault Megane, the Peugeot 306, Citroen Xsara and Fiat Bravo/Brava. Taking the Golf as an example, its 5-door HB version was 4149 mm long by that year. 15 years later the average length grew up to 4374 mm and the Golf 5-door HB version’s length jumped to 4255 mm. The segment got bigger with the Mercedes A-Class (4292 mm), BMW 1-Series (4329 mm).

While we have seen the Chinese cars displayed at several motor shows across the world, it is still very unlikely to… https://t.co/AlKkskDN8I