The new Renault Captur will look to maintain the top spot

During the 2019 Frankfurt Motor Show we’ll see the reveal of the second generation Renault Captur, as Europe’s top selling small SUV is completely renewed after a successful six years on the market. The current generation was the first entirely Renault-made SUV and helped the brand to expand its presence in markets like Brazil, Russia and India. It was also the world’s second best-selling Renault model in H1 2019. 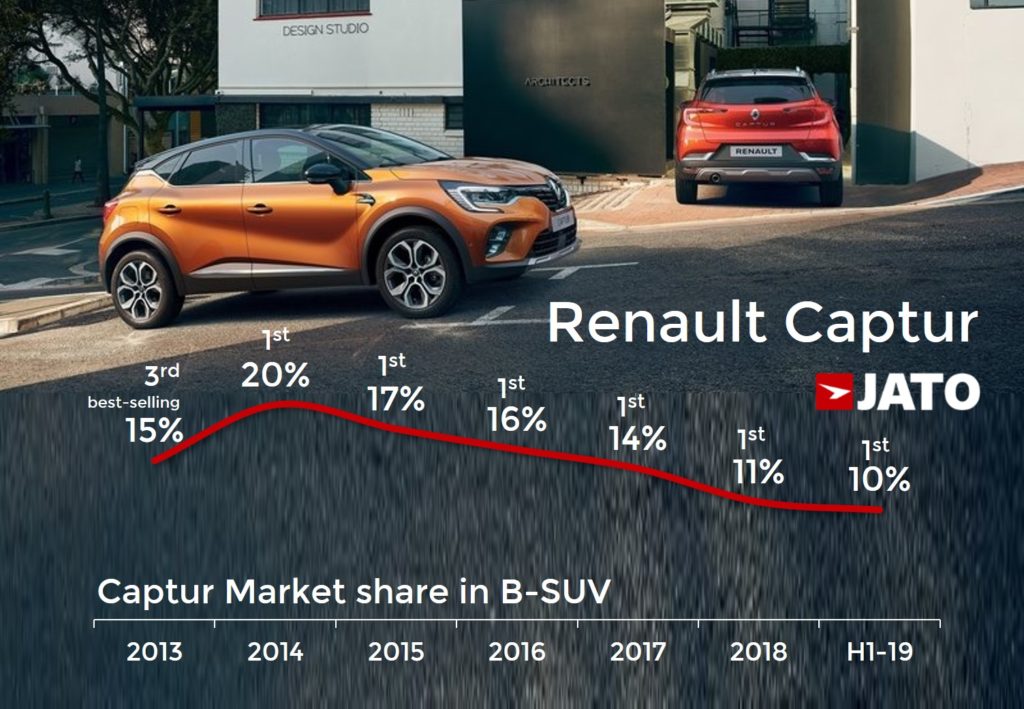 The new Captur is 12 cm longer than the current generation, as Renault prepares the model to compete with its bigger rivals. At the same time, by increasing the length of the Captur, Renault is also leaving more room for a new SUV that could sit one step below with reduced dimensions (A-SUV?). It’s the same case with the all-new Peugeot 2008 (although Peugeot and Citroen will be absent from the show), which gained 14 cm in length and indicated we could see a Peugeot 1008 some time in the future.

Ford Puma: the coupe SUV of the B-SUVs

It seems that the Ford Puma has changed its form – its body shape has altered so it’s no longer a small coupe, but a small SUV. Anything with a SUV look is likely to sell well these days, which is why it’s a smart move by Ford to transform a sport-car nameplate into a SUV (the Puma will be followed by a SUV version of the Mustang next year). 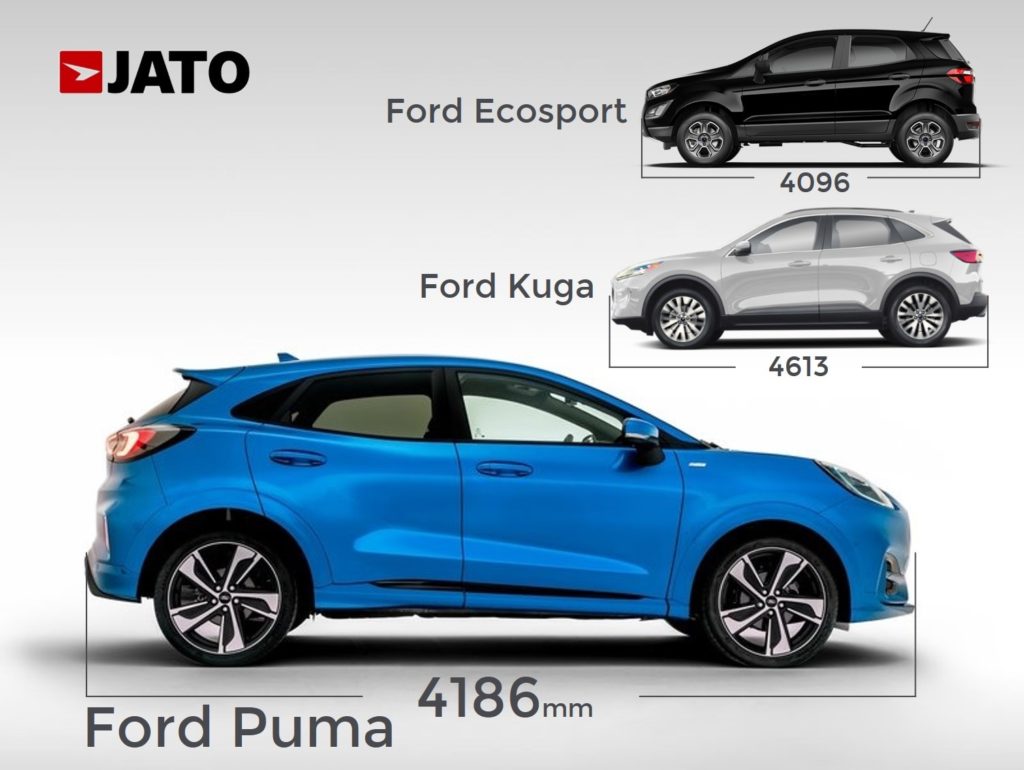 The Puma is a sporty small SUV that will sit between the Ecosport and Kuga. It could also become a new player in the B-SUV segment and we may soon see other brands introduce their own models. If the premium brands are succeeding with their coupe SUVs, why aren’t the mainstreams?

Flex #API by #JATO has been designed specifically to help automotive retailers in the digital marketplace to enhanc… https://t.co/YXfFT7LN4t