Trump vs German cars: The truth behind it 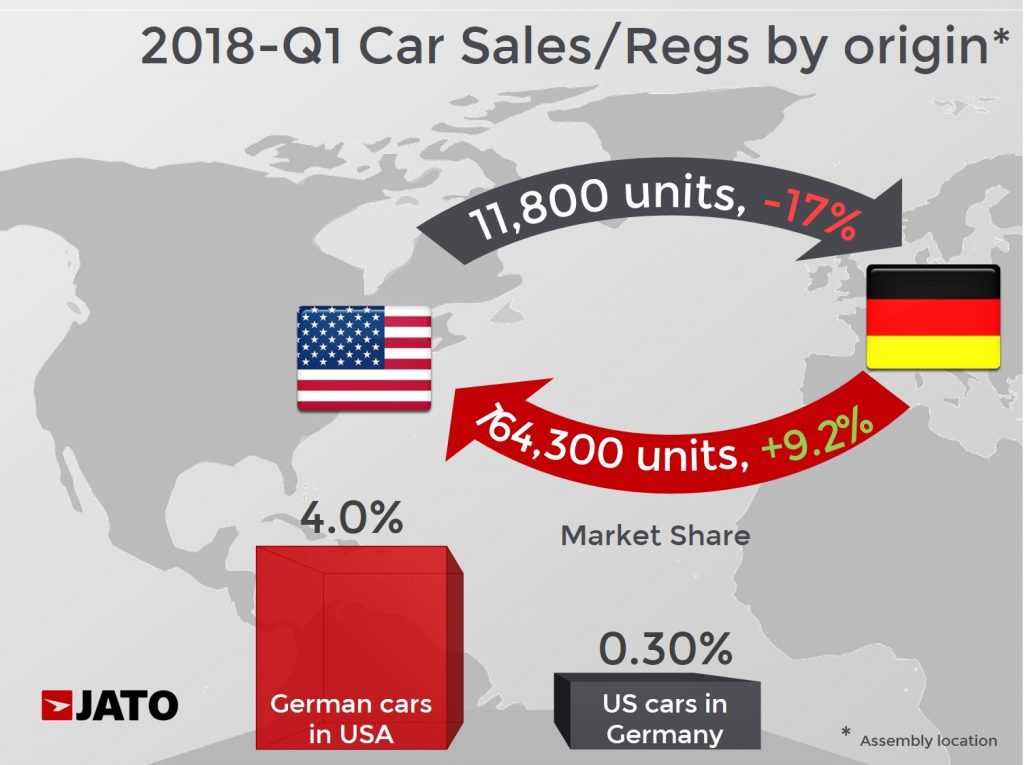 The latest news about the Trump administration and the automotive industry indicates that German carmakers might be worried.  The President of the United States has made it clear he is not happy about the way the car trade currently operates. Despite decisions that may be taken in the future, current data shows that there would be little effect on the dominant position of German brands in the US premium market.

Firstly, it is important to understand the context. The current discussion surrounds premium German brands, which are the market leaders everywhere in the world. Premium cars counted for 12% of total vehicle sales in the US in Q1 2018. Total volume grew by 4.4% to 507,400 units. German brands controlled 43% of this segment, with Mercedes-Benz leading the ranking. At the same time, sales of American premium brands (Cadillac and Lincoln) counted for 12% of the segment. 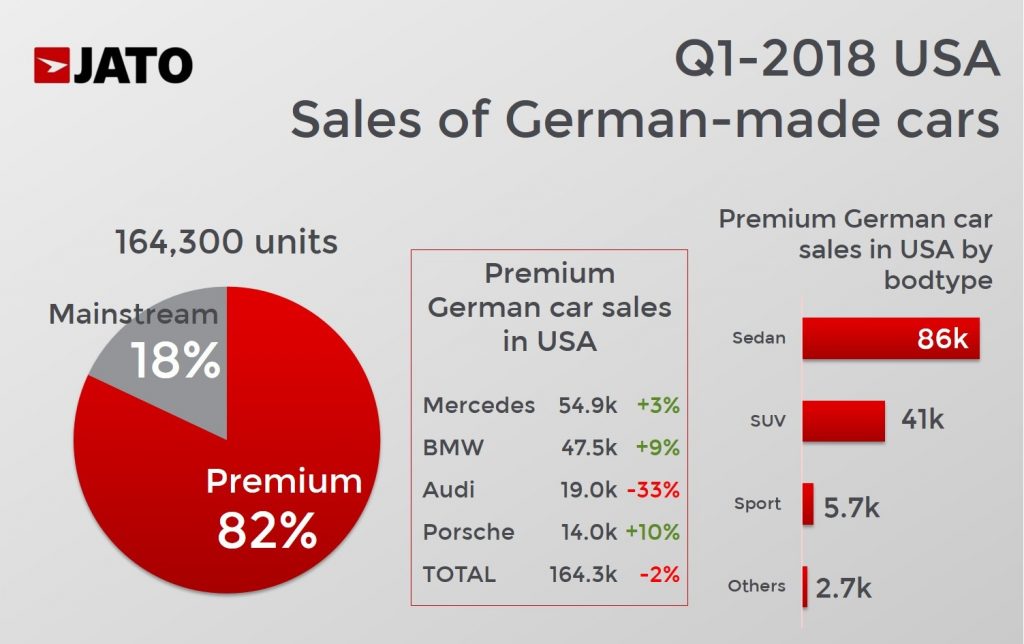 The problem for Trump is that most of these cars are not produced locally. In fact, 70% of the premium cars sold by Mercedes in the US through April (LCVs excluded) were produced in Germany. US locally-produced Mercedes represented 26% of its total. The case is pretty similar for BMW, which has a 64% vs 36% composition for German and American-made cars respectively.  In other words, the current leaders in the US premium car market do not produce most of their cars locally.

Only seven of the 26 premium brands operating in the US actually produced cars in the country – Mercedes and BMW among them. But whilst most of the Cadillacs sold in the US came from local factories (87%), only 22% of the popular Mercedes were produced in the country. Therefore, the strength of the German brands is mostly based on their imports – and it is because of these imports that Mercedes and BMW outsell Cadillac at home. 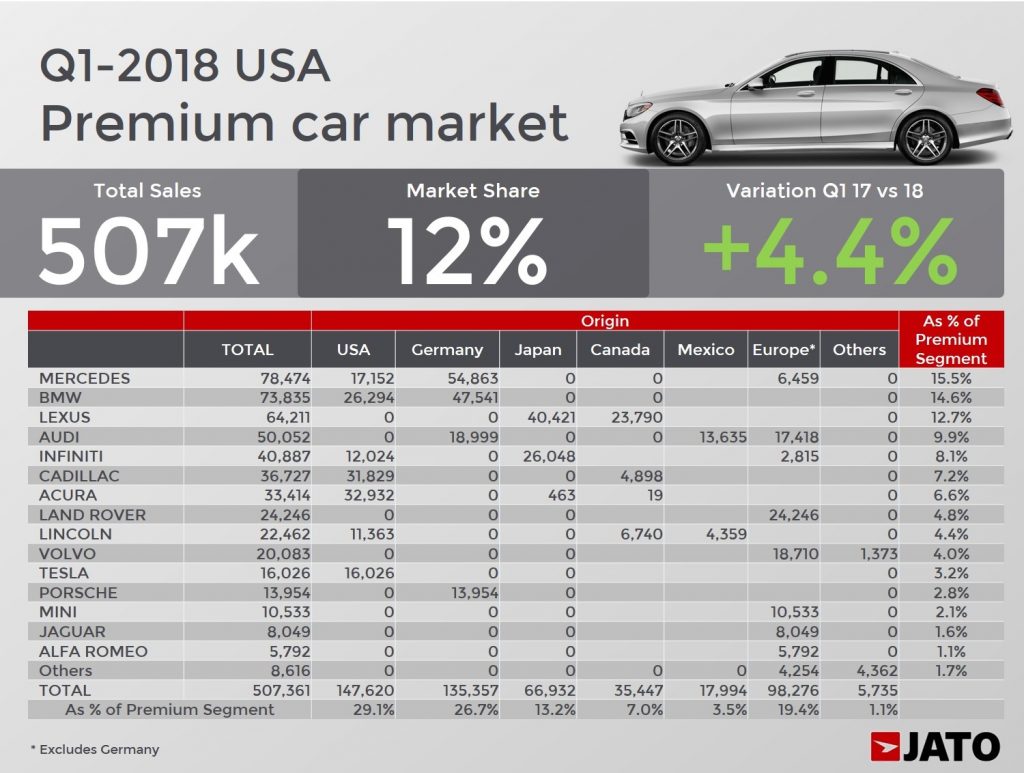 Taxation is not the only explanation for this. The Germans are the world leaders in the premium car market as they hit the segment first and have evolved ever since with a large range of products. This wasn’t the case with the American and Japanese brands, who concentrated most of their automotive knowledge on the mass market (mainstream brands). By the American and Japanese brands caught up and decided to sell premium cars, the German manufacturers already had a big presence on the global stage.

All of the premium vehicles produced by BMW and Mercedes in the US are SUVs. This is quite significant because it shows how well prepared the German brands are in the event of  import restrictions. On the other hand, most of their imports from Germany are sedans and sports cars, which are segments that have stopped growing. If more taxes are placed on imports, a big portion of BMW and Mercedes’ sales would be hurt, but their sales potential wouldn’t be as they already produce what consumers in the US are looking for: SUVs. 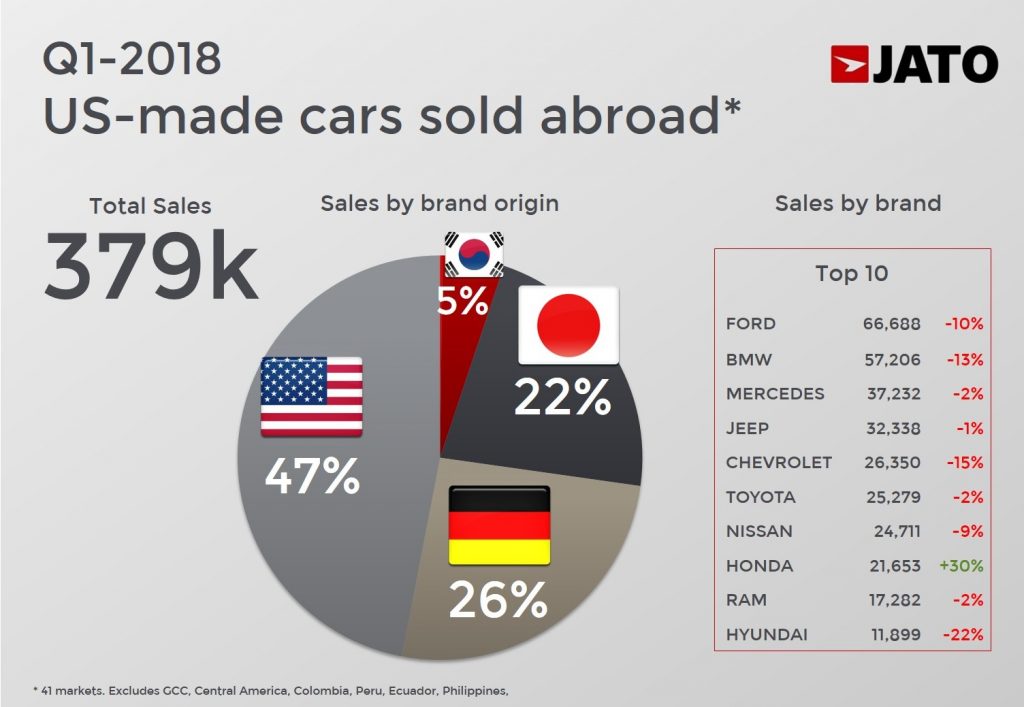 The situation would be more complicated for other German premium makers like Audi and Porsche, who don’t produce cars in the USA. While all Porsches come directly from Germany, 38% of the Audis sold in the USA arrived from German factories. The significant thing in all of this is that Germany is not the only country “invading” the American premium car market. Cars produced in the rest of Europe counted for 19% of the premium market in the USA, while Japan was the main origin for the Lexus and Infinitis sold in the country. 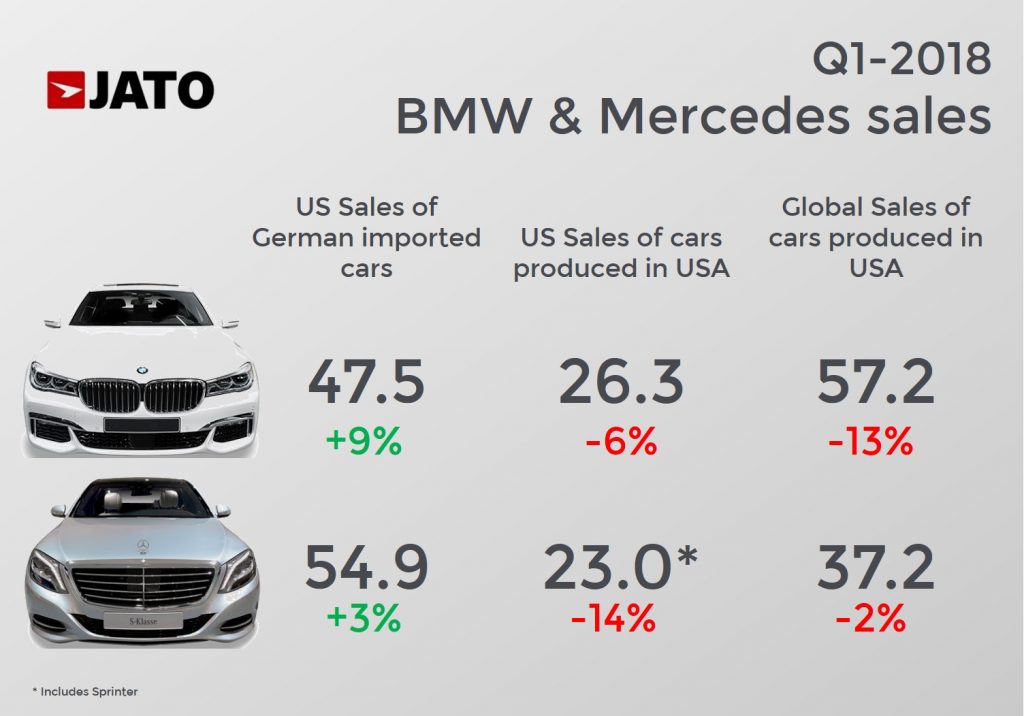 An eventual rise of the tax charged on imported cars (2.5% today) would definitely have an effect on the sales performance of the German players. However, this measure would also accelerate the “SUVization” of their plans, as they would likely axe some of their current sedans and increase local production of SUVs.