It’s a well-known secret that Volkswagen arrived late to the SUV party. While its main rivals, and even the smaller car makers, based their growth strategy on the development and introduction of several SUVs, the German brand was focused on other issues. Its main focus was reinforcing its presence in Europe, Latin America and China with traditional hatchbacks and sedans. Then diesel-gate broke and the whole group delayed some launches in order to deal with the problem.

The T-Cross is the 7th of Volkswagen’s SUVs and is the smallest and cheapest. It is one of the global Volkswagen cars that is set to become a key product in terms of volume, and one of the big cash generators that will boost mobility and autonomous driving projects. It will be produced in four different locations: Spain for EMEA, Brazil for Latin America, India and China. For consumer taste reasons, USA and Canada will be the only key markets that won’t get the T-Cross. 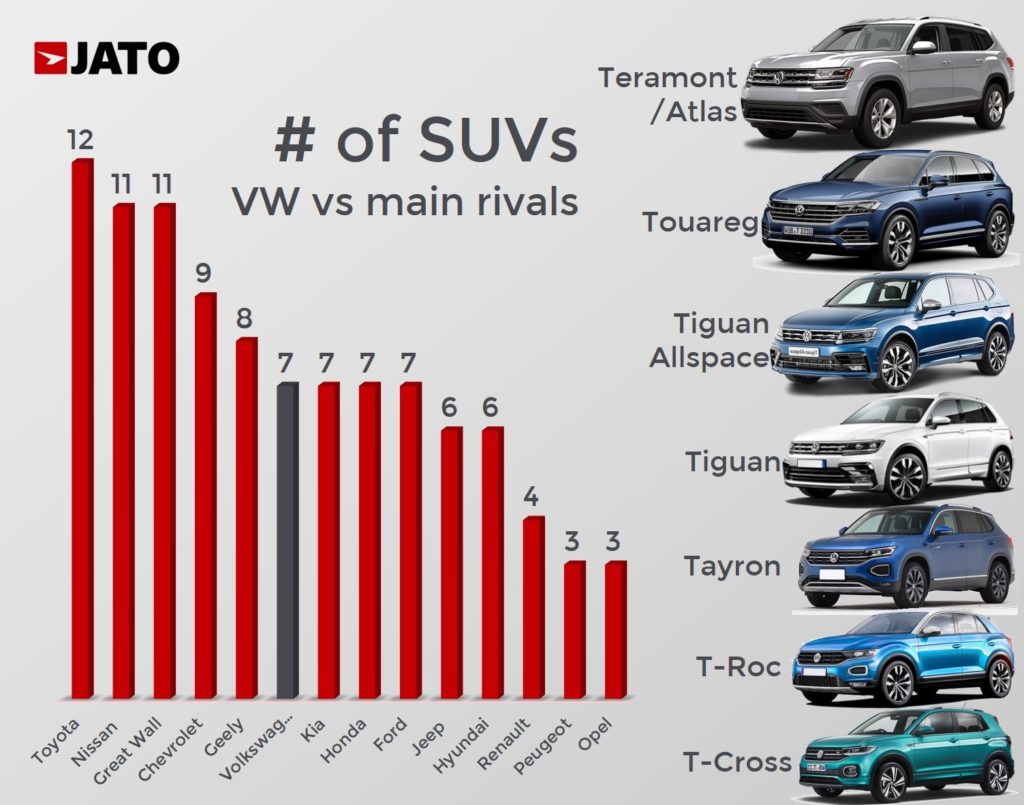 What will be the impact of the T-Cross on the segment? As the top selling brand in Europe, the T-Cross is likely to shake the segment and take sales away from its main rivals for two main reasons. The first is due to Volkswagen’s strong position in Europe. The T-Roc is already having a big impact, even if it is more expensive than most of the B-SUVs available in Europe. Through September, it was the fourth best-selling B-SUV in Europe, outselling other key players like the Mokka and 500X. It was also the model with the highest market share gain in its segment, taking shares away from the Mokka, 2008, Juke and Captur. 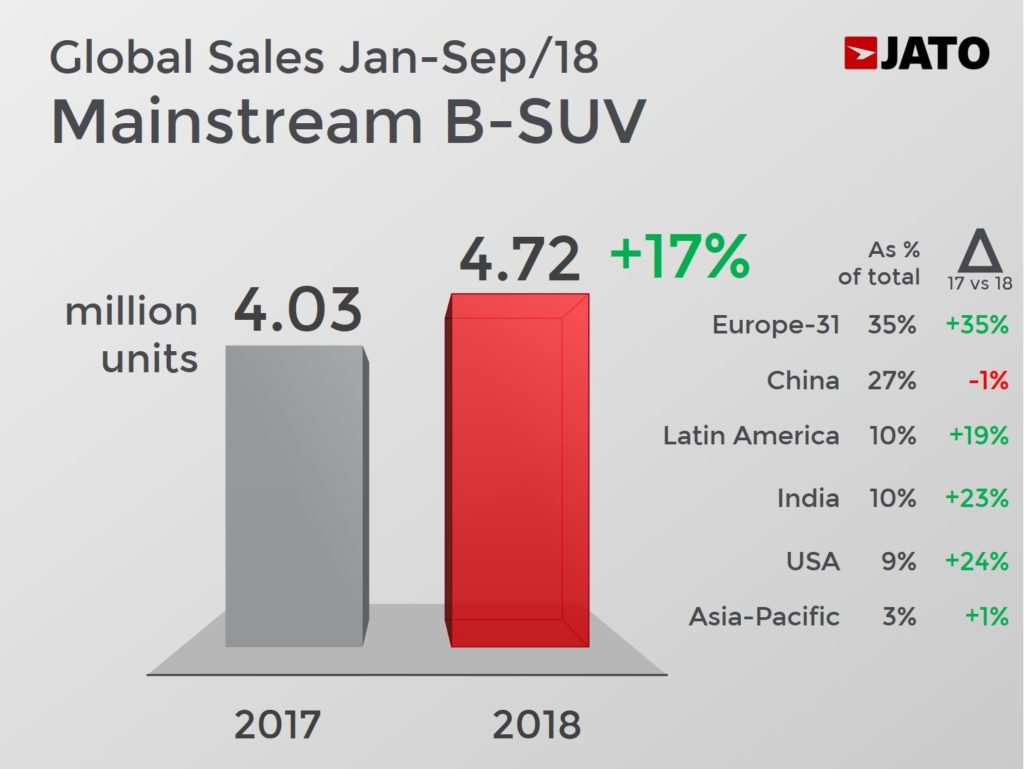 The other explanation for the positive sales forecast of the Volkswagen T-Cross is in part thanks to its rivals. In fact, its biggest competitors, Renault Captur and Peugeot 2008 are now quite old as they were both launched five years ago. This means that their next generations won’t hit the market before 2020 at least. Others like the Ford Ecosport have just had a restyling (the original model was initially launched in 2012). However, the T-Cross has to deal with the recently launched Hyundai Kona and Kia Stonic (2017), and with the all-new Nissan Juke, which should arrive in 2019. 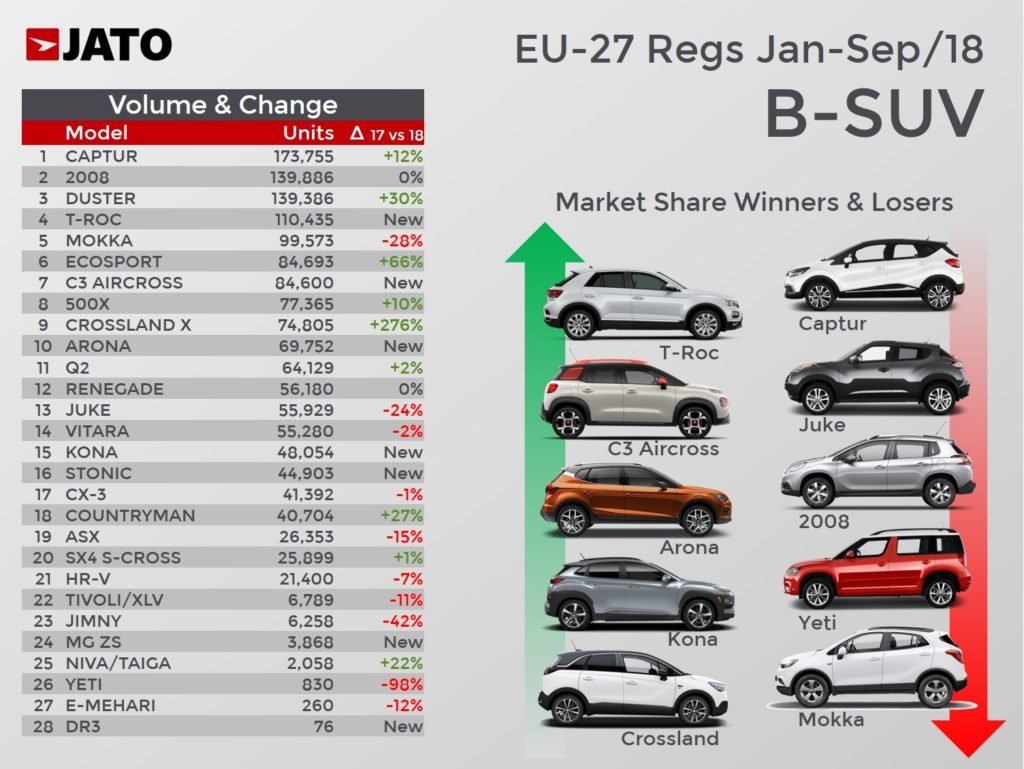 The T-Cross also has big potential in Brazil, India and China, where the B-SUV segment is not as developed as it is in Europe. In Brazil, it is expected to take sales away from the popular Honda HR-V, Jeep Renegade, Ford Ecosport and Renault Duster. This version will also arrive in Argentina, Chile, Colombia and Mexico, making use of the recent trade agreements signed by Brazil. It is still unclear whether the T-Cross will be shortened for the Indian market, where vehicles which are shorter than 4,000mm can benefit from fewer taxes. The Chinese version, which is longer (4,199 mm) aims to rival the increasing popularity of the Chinese Baojun 510, Changan CS35 and the Honda Vezel.