What happened to the car incentives in India in H1 2021?

Consumers in the Indian market prefer traditional incentives when it comes to cost-effective decisions. In H1 2021, 40% of campaigns offered were Trade-In, followed by price reduction at 31%, and loyalty at 19%. In a market where cash offers (price reduction) were dominant, OEMs are optimizing incentive spends- by offering lower price reduction incentives.

Indian market behavior, government policies and any large market changes can impact not only OEMs but consumer purchasing behavior too. Average discounts on diesel saw a significant drop of 10K in 2021 compared with 2020, whereas petrol declined by 3K in 2021. Discontinuation of BS4 models by 31st March 2020 impacted both overall sales of manufacturers in India and the average discount offered which further decreased by 2K for diesel in 2021

Looking at H1 2021 in further detail, the average discount offered was highest in March for all three fuel types. This is usually done to ensure attract customers and push sales before the close of financial year. 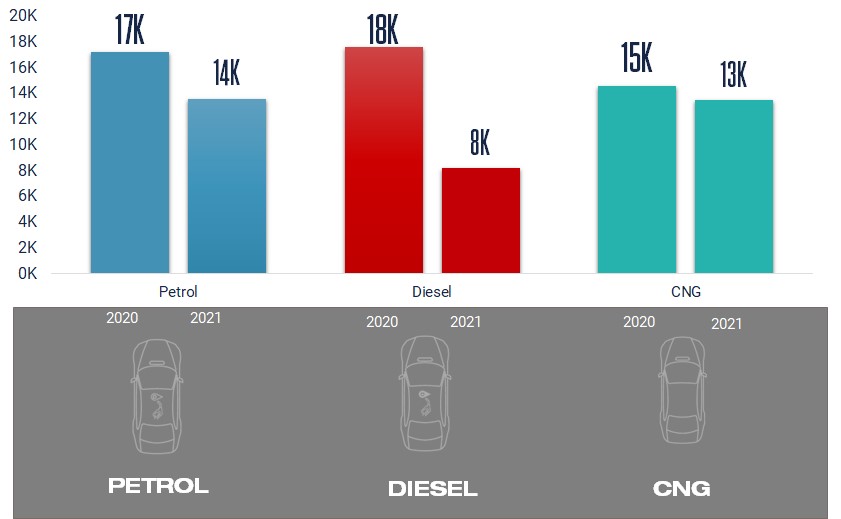 After March 2021, incentives decreased across all fuel types until June where we saw an increase for petrol by 3K, and 4K for diesel. In the case of CNG however we saw incentives continue to decrease by 14K in June.

The continuous increase in fuel prices of petrol and diesel is the main factor behind consumers drifting towards CNG variants which, in turn, caused reduced incentives from Q2 due to increased demand.

Incentives on electric vehicles are currently twofold – OEM and Government subsidies. OEM incentives have remained consistent for market leader Nexon, where as Hyundai has recently introduced incentives up to 1.5L on the Kona electric.

State governments have been proactive in promoting electric vehicles by providing incentives up to 2.5K per car. The recent policy announced by Gujarat government has doubled EV vehicle  and it is now among the top 3 states in India offering incentives to promote EV sales. 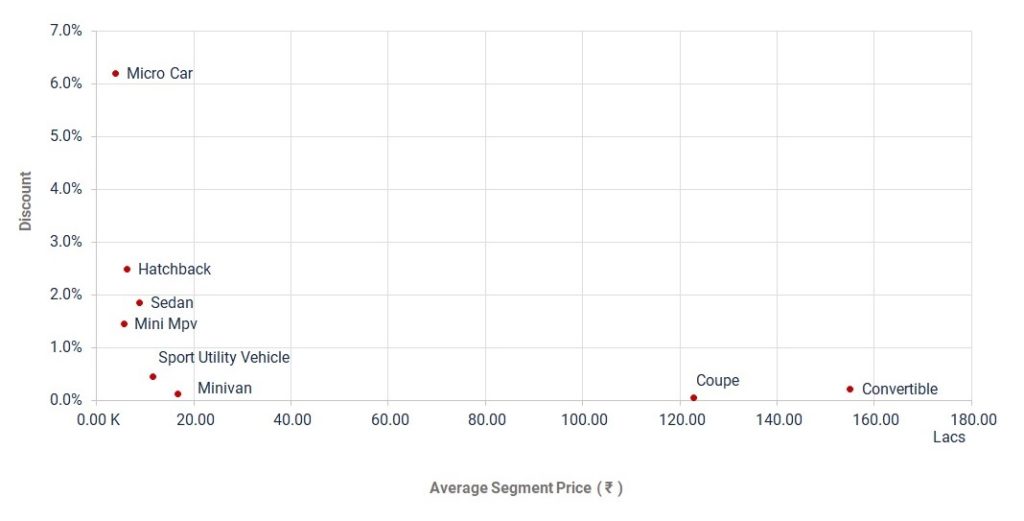 It is clear that the responsibilities of incentives managers are becoming increasingly complex, not only do they have to deliver higher sales volumes to satisfy manufacturers, they are also facing slashed budgets, and a range of competitor benefits which they must be ready to counter.

Transparency and data sharing plays an important role here. Increased transparency and access to competitor information, would allow players to compare and contrast incentives policy. With access to this vital information, OEMs will find it far easier to demonstrate to dealers exactly why their deals are competitive and likely to result in positive sales outcomes.

JATO Dynamics’ optimizer tracks historical events in the market, to help businesses best track and compare incentives and volumes in the marketplace. Not only does this technology allow companies to understand which incentives are gaining the most traction, but it also delivers alerts for incentives news and allows incentive teams to track the correlation between their investments and the corresponding results. We can help incentive teams remain on top of the competitive landscape and spending behavior, all through the use of one sophisticated optimizer tool.