What’s behind the recent SUV announcements from VW Group? 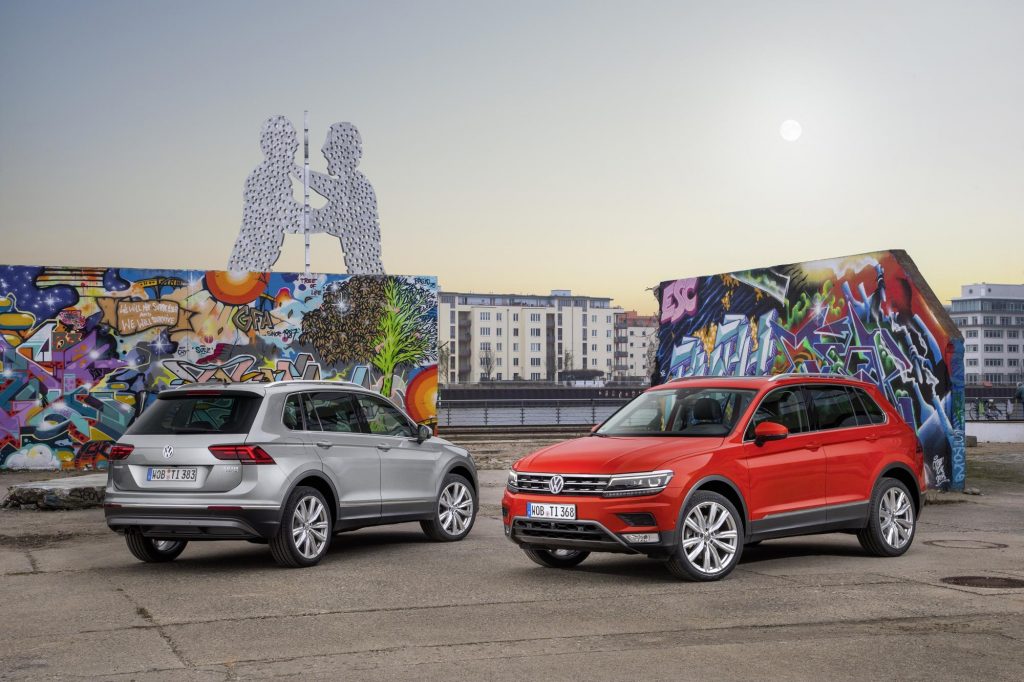 During the last 4 weeks, we’ve seen many announcements about VW’s plans regarding its SUVs. Volkswagen brand just presented the Tiguan Allspace for the increasing mainstream D-SUV segment, and finally gets ready the T-Roc, its first small SUV to rival the successful Captur, Juke, Mokka and 2008. The brand has also introduced its full-size Atlas in North America, also known as Teramont in China. With these new models, the brand can finally say it has a range of SUVs ready to get a bigger piece from the world’s fastest growing segment: SUVs. 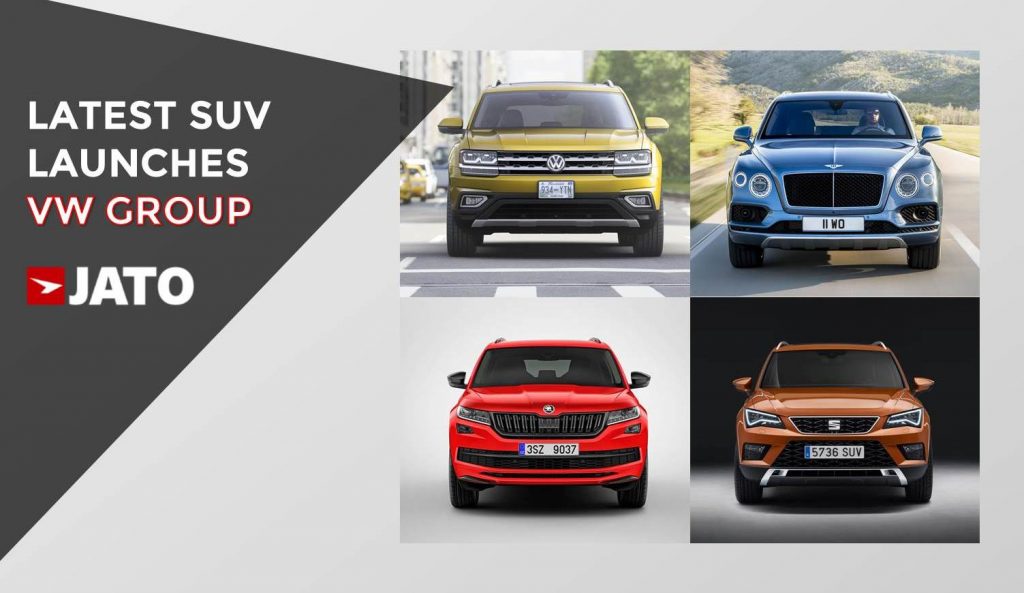 The other brands of the group will also join this party. After the introduction of the Kodiaq in the D-SUV segment, Skoda is expected to present the Kodiaq Coupe at Shanghai Motor Show in April. Besides, the company is also preparing other two SUVs, which could be the replacement of the Yeti, and a compact one, based on the Ateca/Tiguan. Seat is also preparing the Arona, to sit below the Ateca, and is also working on a D-SUV based on the Kodiaq. 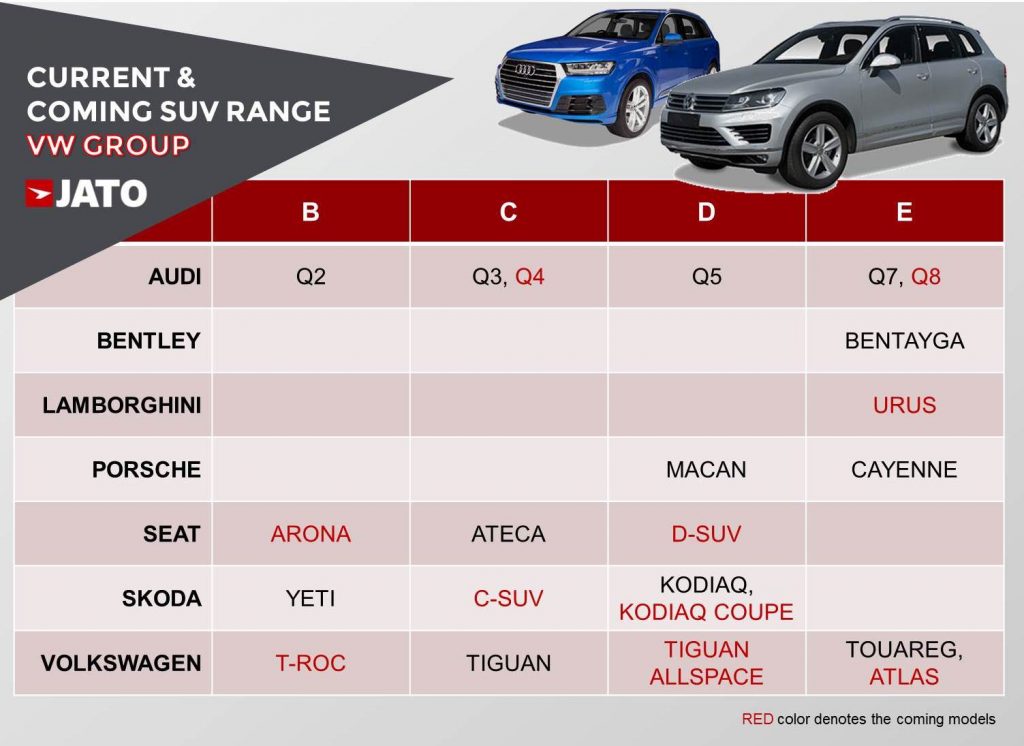 The premium brands of the group are not the exception. While Lamborghini works on the Urus ultra-luxury SUV, and Bentley is already having good results with its Bentayga, Audi will add more nameplates to its current 4-models range composed by the Q2, Q3, Q5 and Q7. Now that the group has a reall full-size SUV with the VW Atlas, the brand will bring the big Q8 to grab the attention of consumers in North America, Russia, the Middle East and China. This big SUV, which will be like the sporty version of the Q7, won’t be the only all-new launch from Audi. The Q4 will also join the family as the sporty version of the Q3. 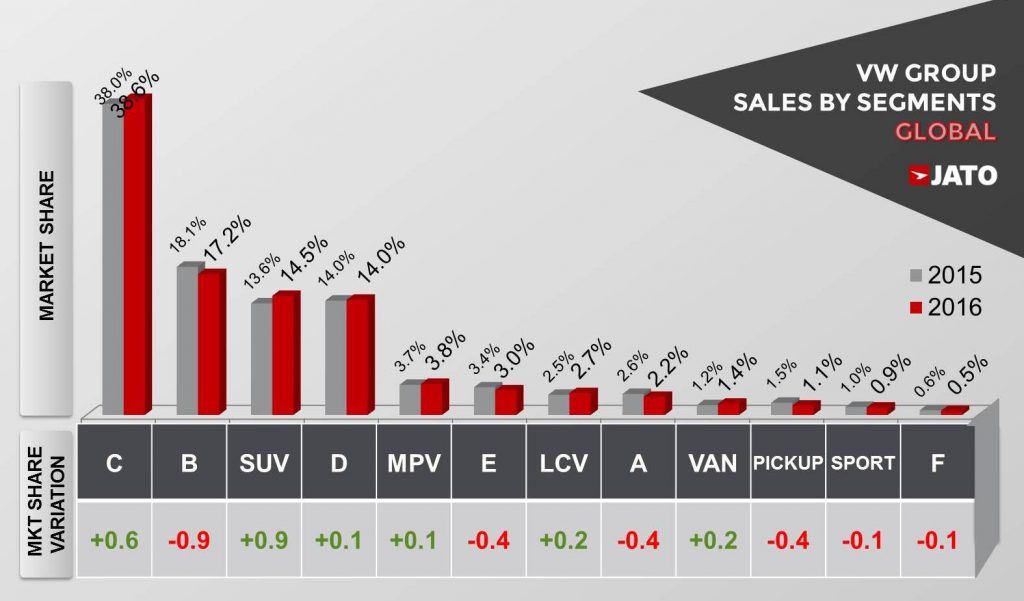 Currently the group has 12 different SUVs in its range. Audi sells 4 models, Volkswagen 2, Skoda 2, Porsche 2, and Seat and Bentley 1 each. Audi counted for 42% of all SUVs sold by VW Group in 2016. Volkswagen’s Tiguan and Touareg counted for 39%, while Porsche SUVs represented 11% of the total. Based on these figures, it is clear that there’s something wrong. While Volkswagen brand sales counted for almost two thirds of the group’s total, it has only two SUVs in its global range with only the Tiguan posting big numbers. In other words, Volkswagen, one of the world’s top selling car brands, relies on only two SUVs for its expansion, with them counting for only 9% of its global sales. 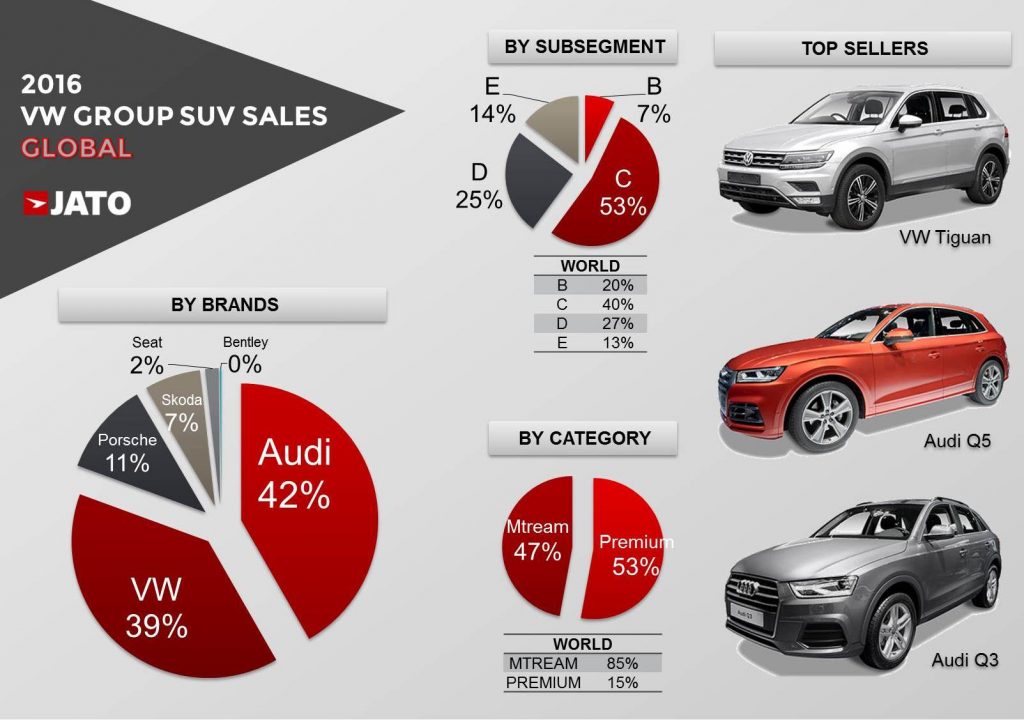 In fact, the German group is quite behind its main rivals in terms of “SUVification”. From the top 10 biggest car makers last year, VW Group recorded the second lowest SUV share on its total sales with only 14.5%, only behind Suzuki with 13.8%. GM and Toyota’s SUVs counted for 23.3% and 21.0% respectively, while the percentage surpassed 30% for Renault-Nissan (excluding Mitsubishi), Honda and FCA. VW Group is not even present in the B-SUV booming segment, with only the Skoda Yeti grabbing a small piece of the European market. 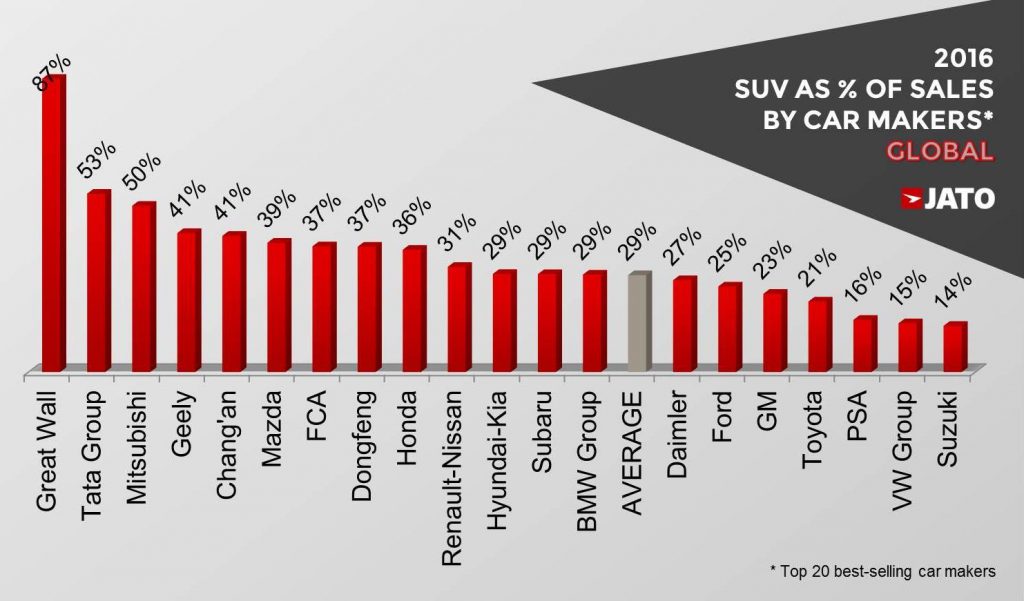 But these numbers have two sides. In the positive side, Volkswagen has been growing so fast without the help of SUVs and therefore its growth potential is still high as more of its SUVs are expected to hit the roads. On the other hand, they are definitely not aligned to global trends and being so late to join the SUV boom may have consequences in the future as its rivals have already consolidated their dominant positions. The truth is that more SUVs will mean more sales, at least for the next 5 years.