September was a good month for new car registrations in Europe’s top 5 markets. A big part of the growth was explained by the booming SUV segment, which was came mostly from the compact SUVs or C-SUVs. As more players are joining the game and the leaders get new generations or restylings, European consumers have now more to choose. Last month C-SUV registrations totaled 130,798 units in Europe’s Big 5 markets, which means a growth of 34.4% or more than 33,000 additional units. 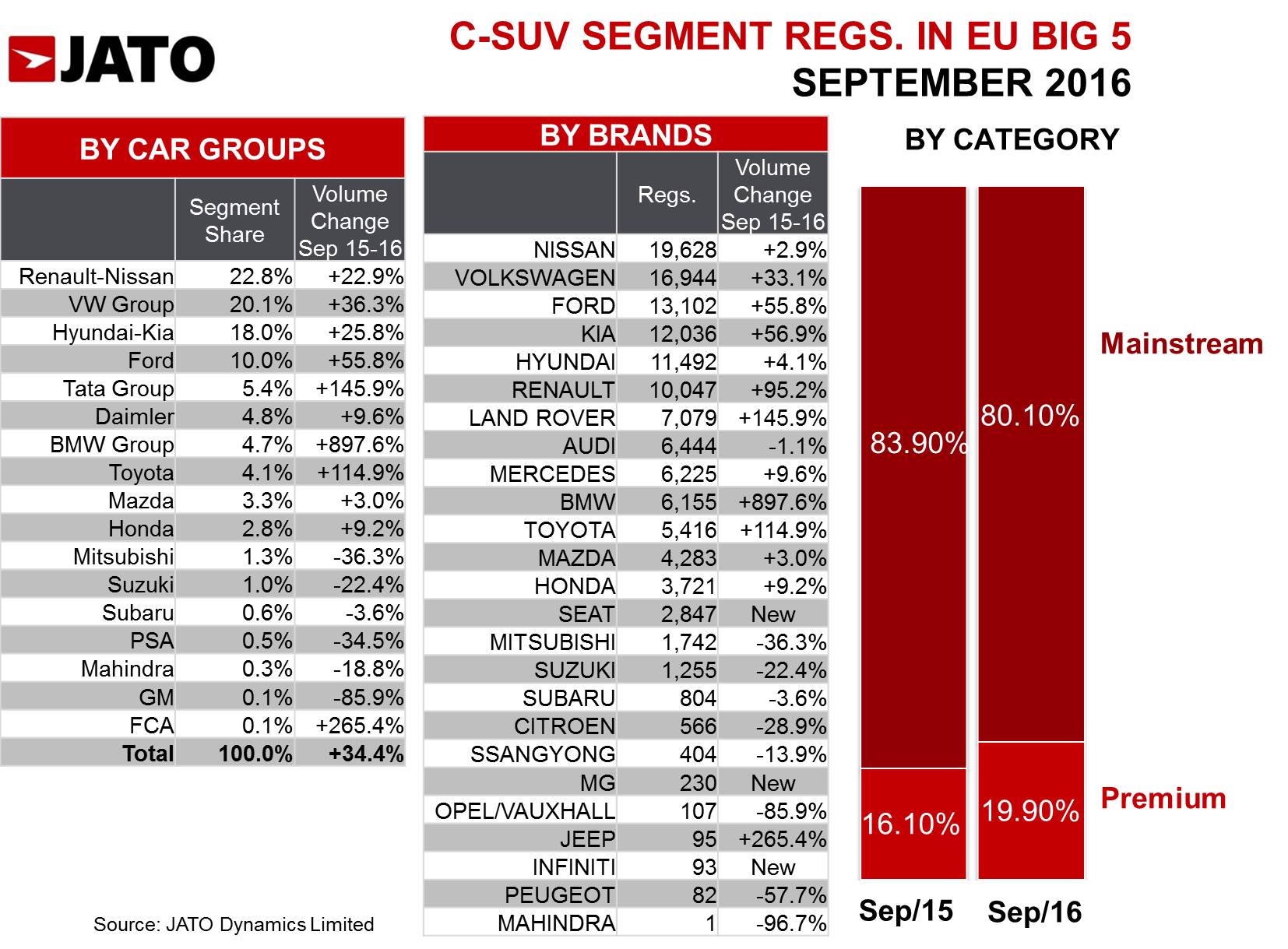 Renault-Nissan kept the lead with 29,768 units or 22.8% share thanks to the successful Nissan Qashqai, Europe’s best-selling SUV, and the good results of the Renault Kadjar. However, they did not grow as much as the segment’s average. This means that they lost market share but kept the leadership. Volkswagen Group was the biggest threat to Renault-Nissan as it recently launched Volkswagen Tiguan continues to gain positions. One year ago the gap between Renault-Nissan and Volkswagen Group was 5.1 points of share. Last month this gap was reduced to only 2.7 points. 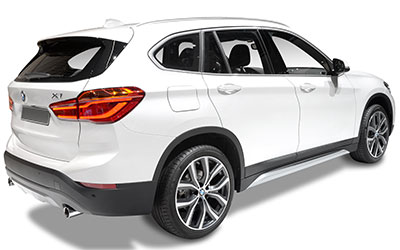 However the biggest segment share winner was BMW and its new X1. With a premium model, BMW managed to outsell the mainstream offer made by Mazda, Honda, Toyota and Mitsubishi. In fact, thanks to this great performance and Land Rover success with its Evoque, the premium category increased its share from 16.1% of total C-SUV segment volume in Sep/15 to 19.9% last month.

The model ranking shows many SUVs as the main market share winners. The Hyundai Tucson continues to lead this ranking gaining 0.53 percentage points of share passing from 0.45% in Sep/15 to 0.98% in Sep/16. It was the seventh best-selling SUV, and the fourth best-selling C-SUV with a segment share of 8.8%. It was only outsold by the Ford Kuga, which posted a massive increase of 55.8%, the Volkswagen Tiguan, up by 33% and the Nissan Qashqai, at 15% segment share and volume up by 2.9%. In fact the Qashqai continues to lose ground as its rivals gain more share: the Kia Sportage managed to increase its volume by 40.4%, while the Renault Kadjar more than doubled its results of Sep/15.

In the Premium C-SUV segment, the traditional leaders experienced the same trend that was seen with the Qashqai. The Audi Q3 top position was lost due to the massive growth posted by the Land Rover RR Evoque, which became Big 5’s best-selling premium C-SUV, with sales up by 146%. Certainly the UK’s increasing demand affected the numbers of the Q3, which posted the highest segment share drop among the premiums. However the Evoque was not the only challenge for the Audi Q3 and Mercedes GLA (+9.6%). The new BMW X1 keeps growing at massive rates and in September its registrations jumped by 898% from 617 units in Sep/15 to 6,155 units one year later.