Unsurprisingly, in comparison to the same period in 2020 – when the impact of the pandemic and its various local lockdowns were in full force – the majority of OEMs operating in Europe posted positive volume upticks in H1 2021. However, the real differentiators can be seen when compared to H1 2019, in particular, with Volkswagen Group securing first place for market share this year.

The variation in registrations between the first half of 2021 and 2020 show clear, strong increases. Last year, volume dropped during April and May, meaning that – only two out of the 18 biggest OEMs in Europe did not post double- and triple-digit growth rates in 2021 – volume still increased. The two OEMs to achieve this were Renault-Nissan-Mitsubishi alliance (+4%) and Honda (+2%).

Once again, out of turmoil, Volkswagen Group has emerged successful. The German OEM secured the highest increase in market share between H1 2019 and H1 2021 – with the percentage jumping from 24.3% to 26.2%. However, its volume fell by 17%.

Arguably, Volkswagen Group started on its EV journey at the right moment, jumping on the market trend when consumers started to adopt the new technology. Its electric line-up is selling well, leading the EV market ahead of Tesla. They have also worked hard on their SUV offering, continuing to produce models in the segment that attract new clients across Europe.

Volkswagen was followed by Toyota Group (which secured +1.4 points of share) and Hyundai-Kia (with +1.0 points). Toyota’s hybrid line-up – along with the new generation Corolla and Yaris – boosted the group’s presence in Europe. Growth for Hyundai and Kia was spurred on by the popularity of the Hyundai Kona and other electrified models.

Toyota leads among the brands

Among the brands, Toyota gained the most market share, increasing by 1.4 points, from 4.5% share in H1 2019 to 5.9% this year. The brand benefitted from positive public response to its fourth generation Toyota Yaris, which was the top-selling new car in January 2021, and the third best-selling during H1.

BMW followed Toyota, gaining 0.7 points of share at 5.8% in H1 2021. The latest generation of the 3-Series, X5 and 2-Series boosted its volumes. Kia follows, with almost 0.7 points at 3.8% – positively impacted by the outstanding results of the Kia Niro (despite its age) and the Xceed. Other winners include Skoda (boosted by the Kamiq and Scala), Tesla (the Model 3 was Europe’s top-selling EV) and Volvo, whose XC40 was the top-selling premium car in Europe. 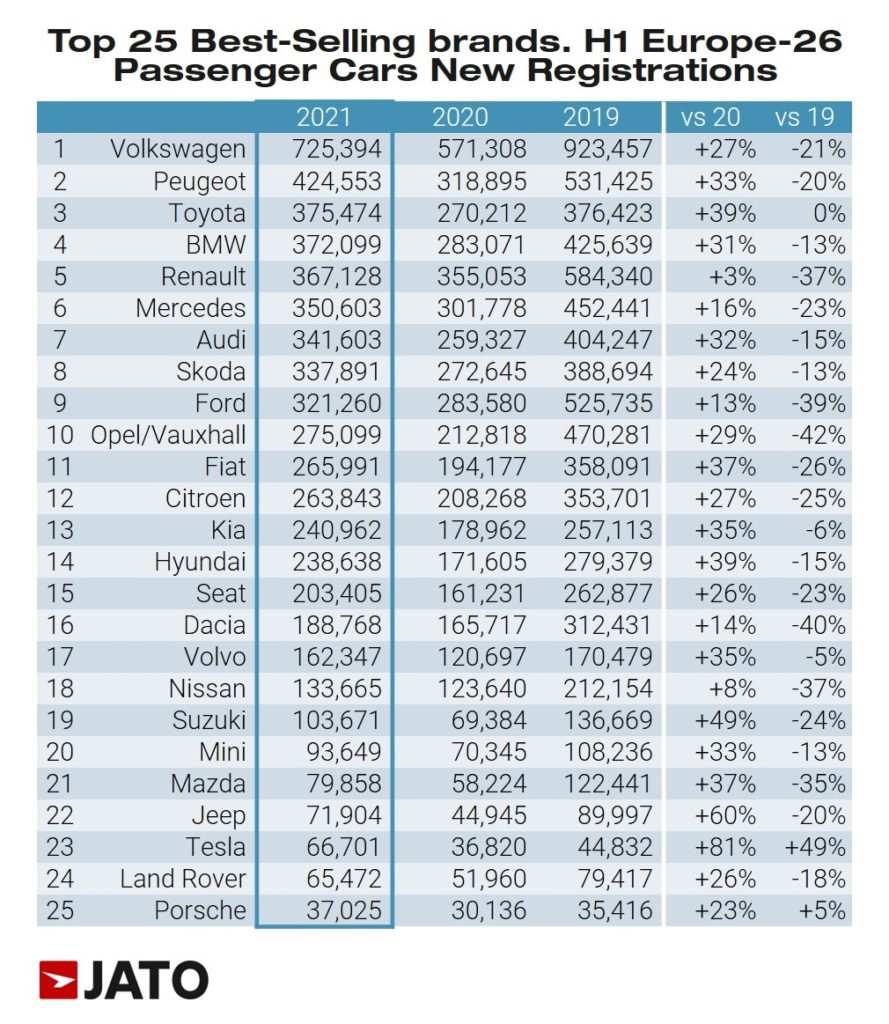 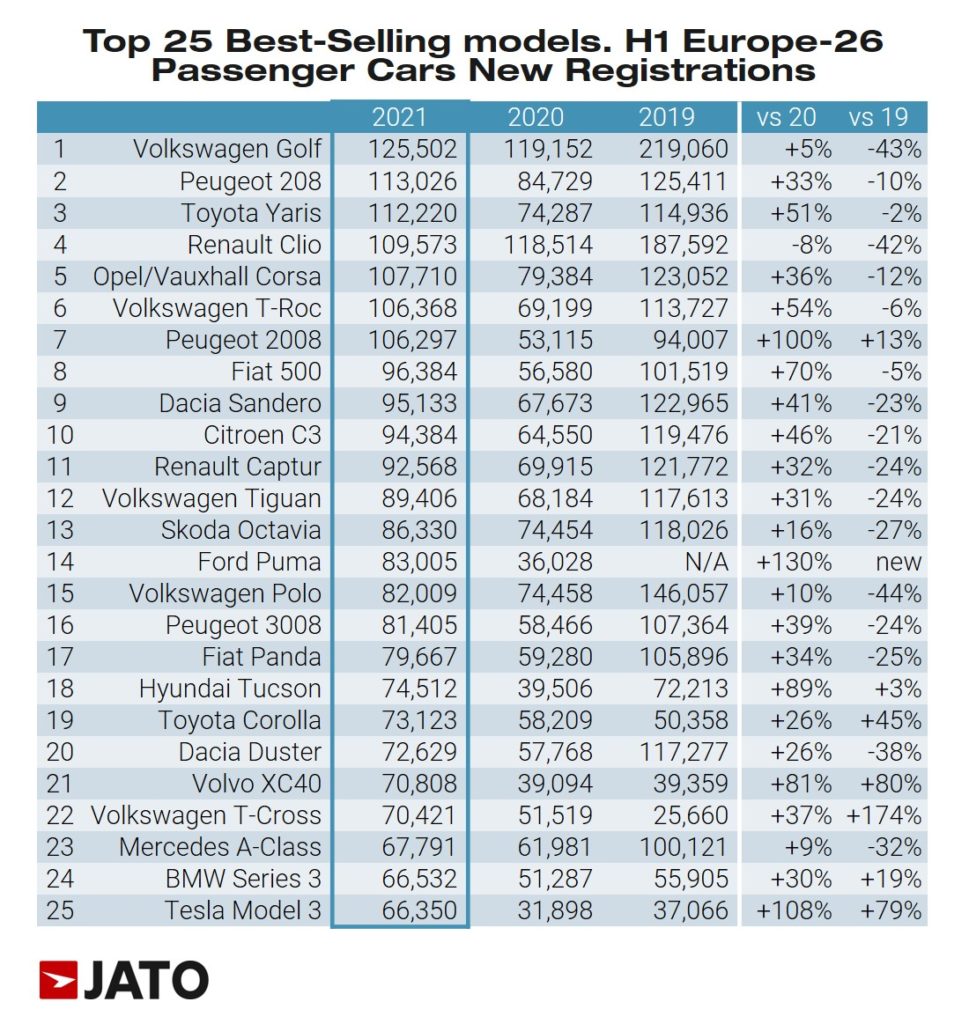 However, the Ford Puma, which was not available in H1 2019, managed to secure a 1.3% share through June. This increase was the largest among all models. The Puma was Ford’s top-selling model in H1, outselling the popular Fiesta by more than 20,000 units.