The Alfa Romeo Giulia is perhaps one of the most famous revelations in the car industry of the last years. Both fans and media waited for years this car, following several announcements from Sergio Marchionne about its development. The midsize sedan was finally launched in May 2016 and is now available in the majority of European markets and also in North America and some Asian countries. It is a key product not only for the future of Alfa Romeo as a brand, but for FCA and its expansion plans. The Giulia is set to help FCA to increase its volume and profits. 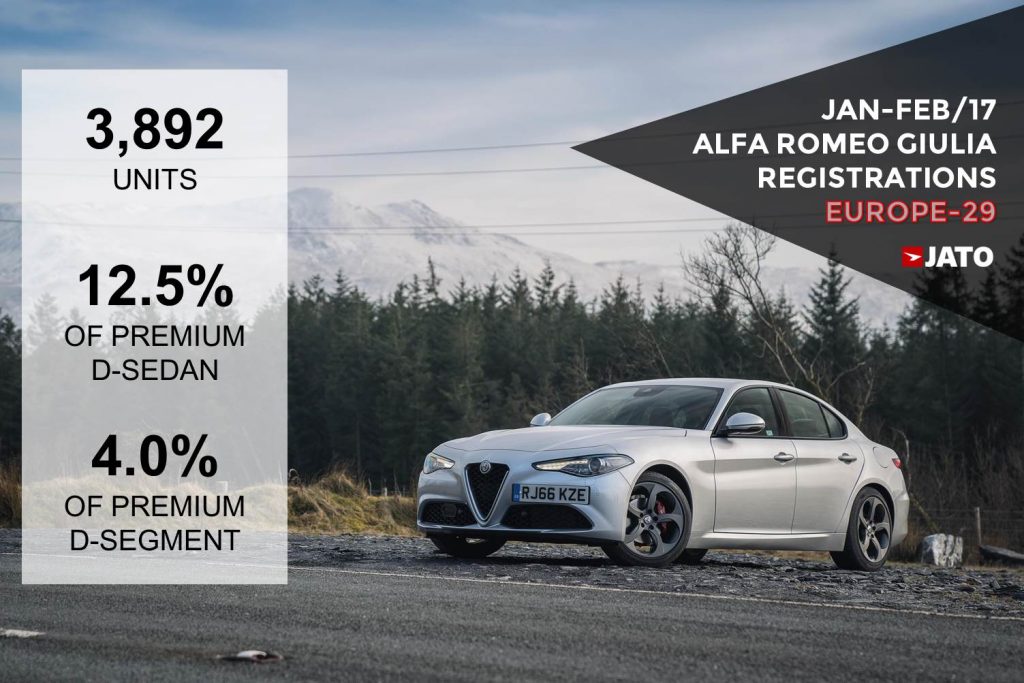 Therefore it is very important to understand its sales performance. During the first two months of this year, the brand registered almost 3,900 units in Europe-29 (Turkey and Russia excuded). The result is not bad considering the fact that Alfa Romeo has been absent from this segment for many years and doesn’t have a good reputation as a premium car maker. Of course the majority of them (39%) were registered in Italy, but still the Giulia is recording interesting numbers when they are compared to its strong German rivals.

Registrations through February 2017 show that the Giulia was the 4th best-selling premium midsize sedan in Europe, behind the 3 Germans and ahead of the Jaguar XE and the Volvo S60. The Italian sedan controlled 12% of total registrations of premium midsize sedans. It was not far from the 18% posted by the Audi A4/S4. However, the Giulia’s market share drops to 4% when including the rest of body-types, as it is only available as a 4-door sedan.

The figures for January and February indicate that SWs continue to rule the premium midsize segment with 42% of the total volume. It is the same percentage they represented in Jan-Feb 2016. The sedans share remained stable too at 32%, while hatchbacks (Audi A5, BMW 3-Series GT, BMW 4-Series Gran Coupe and DS 5) counted for 13% of the segment registrations. However, the segment as a whole is not posting big increases in terms of registrations. It recorded a timid 5.3% increase through February, against +28.4% for premium midsize SUVs. 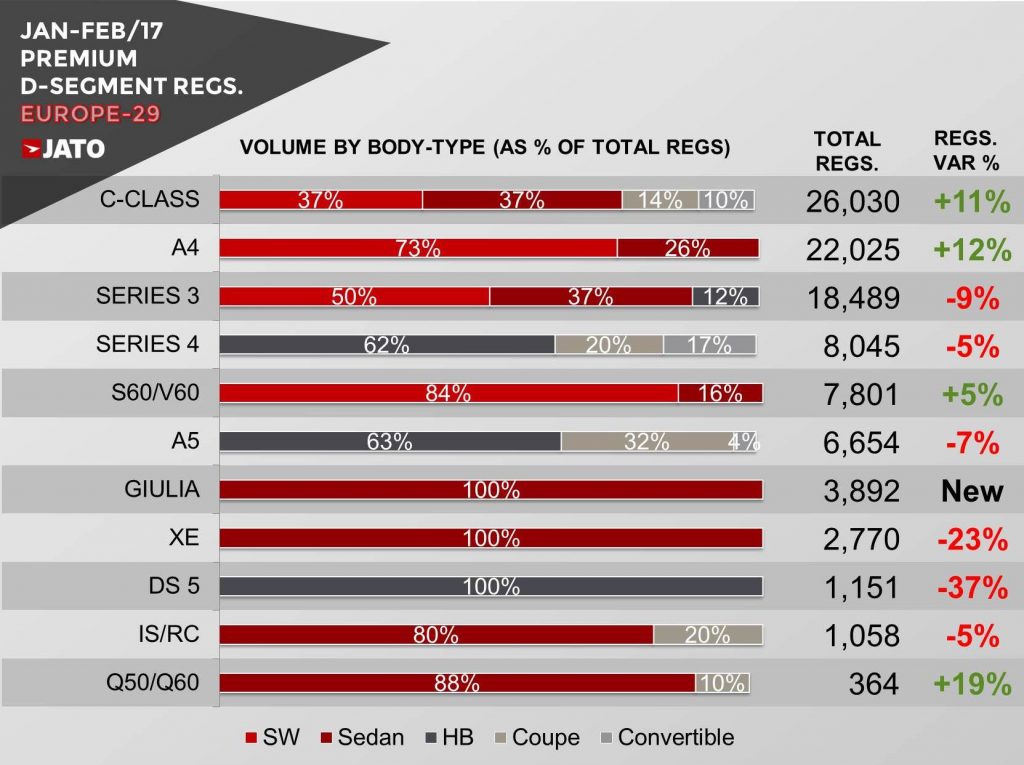 Therefore the Giulia is not only due to rival with the 3-Series, A4 and C-Class but it must also deal with the increasing popularity of midsize SUVs like the GLC, X3 and Q5, and this is why the Alfa Stelvio is more likely to post higher volumes.