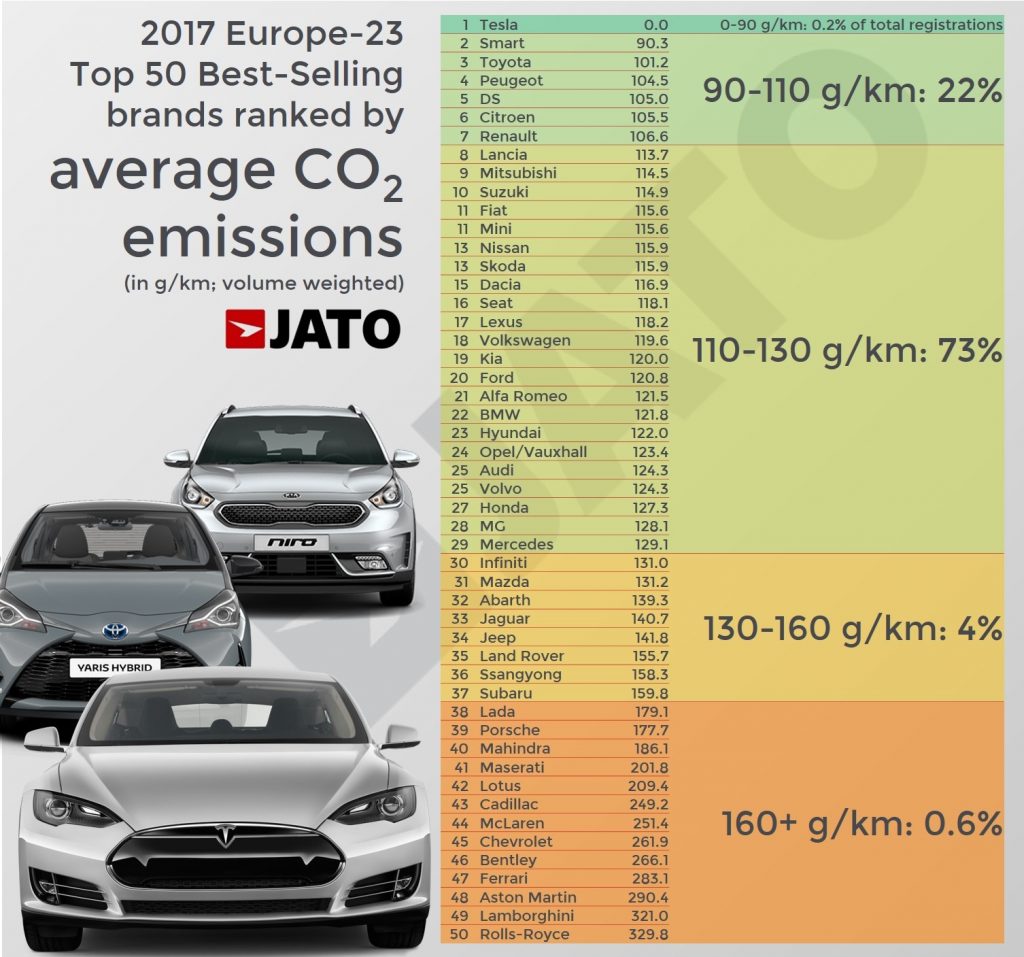 The majority of the cars registered in Europe last year produced average CO2 emissions between 110 and 130 g/km. As total registrations grew in the continent, it was the first time in a decade that total average CO2 emissions posted an increase. Even if cars are now more efficient than in the past, the diesel shrinking sales have had a big impact on the industry’s performance. 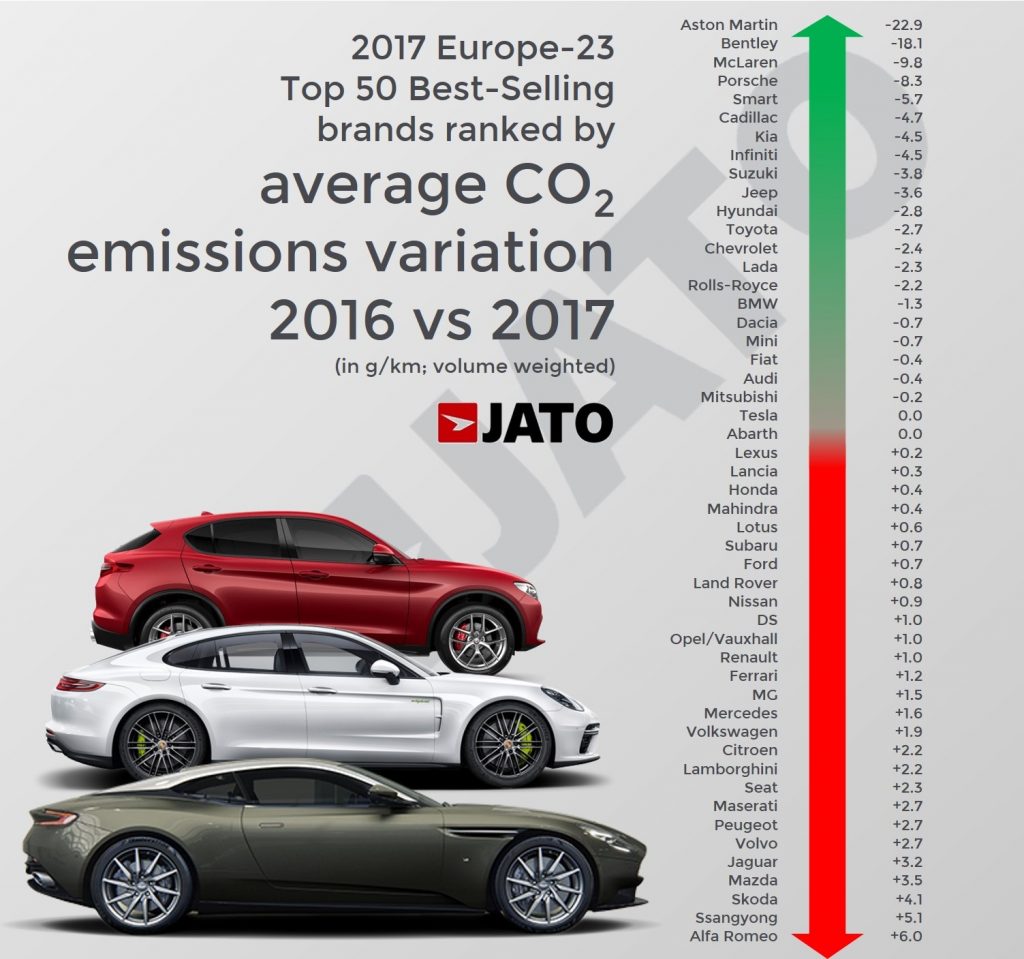 JATO’s data shows that 21 of the top 50 best-selling brands in Europe in 2017 recorded improvements in their average. Most of the 10 best performers were premium or luxury brands, with only 3 mainstream brands in the ranking, Kia, Suzuki and Jeep. However, there were more brands posting increases in their averages, with Alfa Romeo leading due to the arrival of the Giulia and Stelvio. Other brands like Skoda, Jaguar, Peugeot, Maserati and Seat also registered increases mostly because of increasing sales of their new SUVs.

Toyota was the leader among mainstream brands. Besides ranking first, it also posted an important improvement thanks to its popular hybrid range. It was followed by the French brands, which were negatively impacted by the increasing sales of their SUVs. Suzuki and Kia had a good year following the success of their hybrid models. The Tipo diesel helped Fiat to reduce its average. 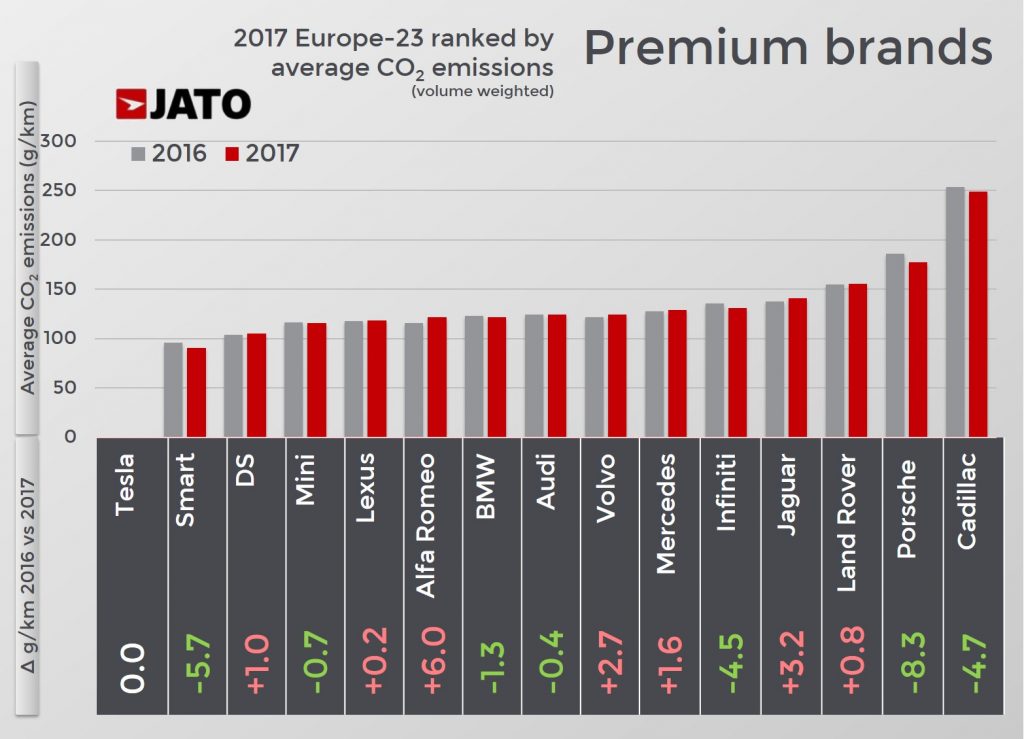 Tesla is the only major full-electric brand in the top 50. It was followed by the 3 brands with relatively small models, Smart, DS and Mini. Lexus was still ahead of its German rivals due to its hybrid cars, which counted for 94% of its registrations in Europe-23. BMW’s new 5-Series helped the brand to outperform Audi and Mercedes. Jaguar and Land Rover are still waiting for a positive impact of their electric and hybrid models.

Average CO2 emissions for luxury and super cars decreased by 6 g/km to 241.1 g/km in 2017. At the same time, the 8 most important brands were able to increase their registrations by 15%. Maserati, the most “frugal” brand in the ranking led the way with an average of 201.8 g/km, up by 2.7 g/km mostly because of the arrival of the Levante SUV. Aston Martin improved thanks to the DB11, its top-seller. 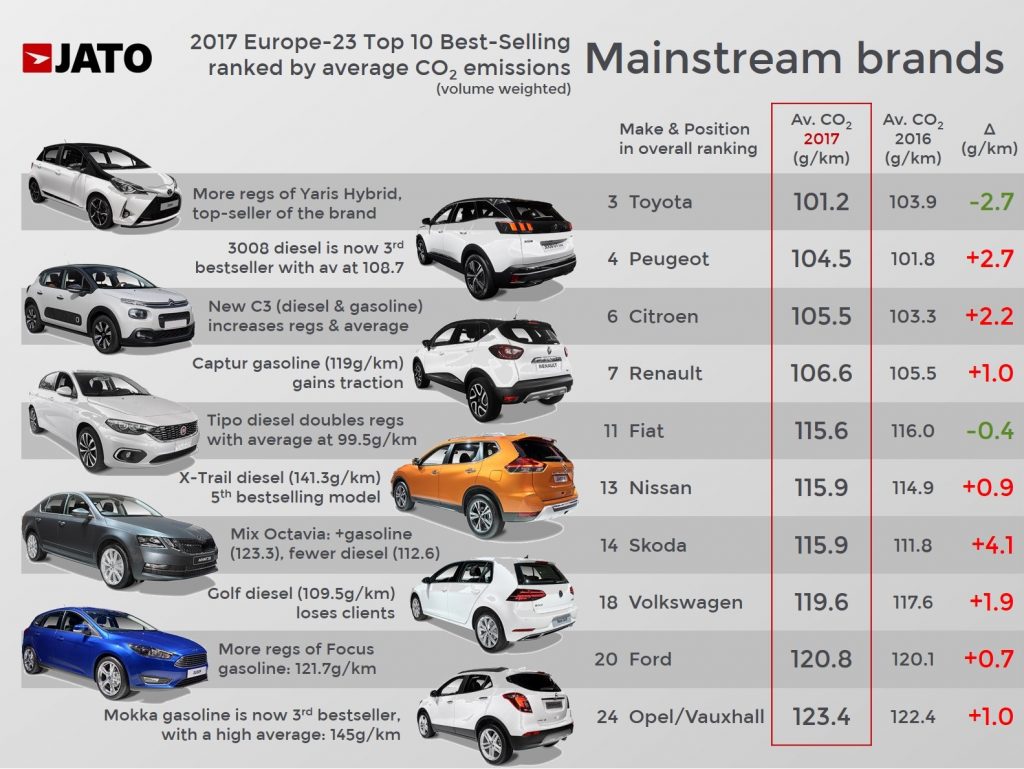 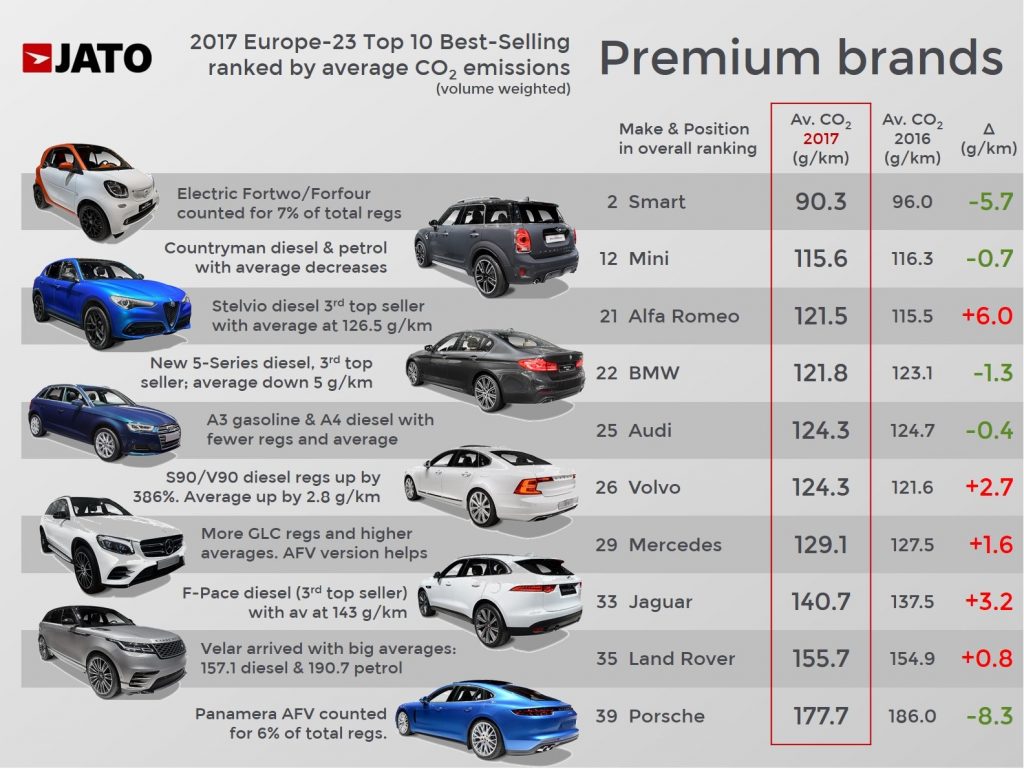