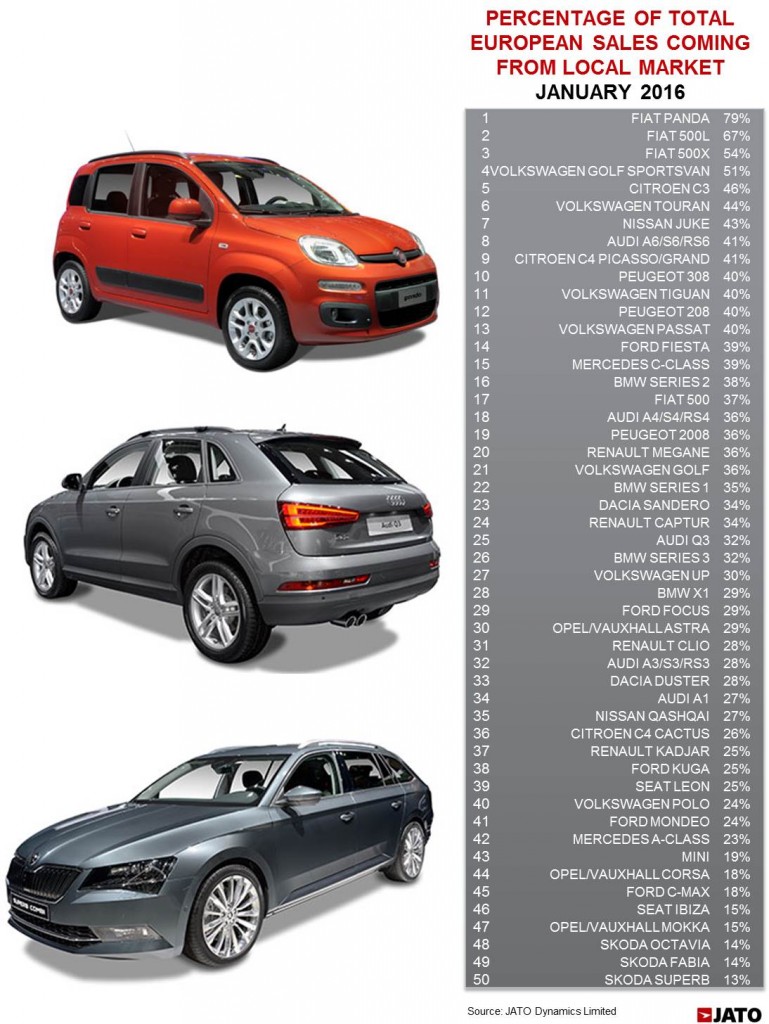 January 2016 registrations data has been released and the figures show that Italian and the figures show that the Italian outstanding monthly performance made of its local models more dependents on its home market. The top 50 best-selling European models indicate that the Fiat 500, Fiat 500L, Fiat 500X and the Fiat Panda posted the highest average dependence on Italian market, whereas the Skoda Octavia, Fabia and Superb registrations were not really dependent on the Czech figures. The registrations in France for the top 12 best-selling French models counted for 34%, just above the 33% recorded by German models in Germany. In the UK, the average came at 28%.

The Fiat Panda was the model with the highest local market registrations concentration with 79% of its European volume coming from Italy. It was followed by two other Fiats, the 500L and 500X with 67% and 54% respectively. Around 36% of the sales of the VW Golf took place in Germany. In the bottom of the list there are the three Skodas and the Opel Mokka with 15% of its European registrations coming from Germany. The figure assumes that the UK is the home market for the Nissan Juke and Qashqai, the Ford models, and the Mini 3/5-doors. Opel models are considered Germans, while Dacia range is considered French. The ranking excludes non-European brands and their models such as the Toyota Yaris, Kia Sportage, Hyundai Tucson and i20.