More SUVs, more trucks and less cars: the shift continues in the USA

There is a shift taking place in the US car market. We are seeing an acceleration towards  a new scenario where regulation, offer and consumer taste are more important than ever before. The USA is the world’s second largest car market but is first in terms of big car penetration. Continuously low oil prices along with changes in government regulation partially explain the shift from regular cars to SUVs and trucks. But we have to start wondering how long this will continue for, or if this is an irreversible trend. 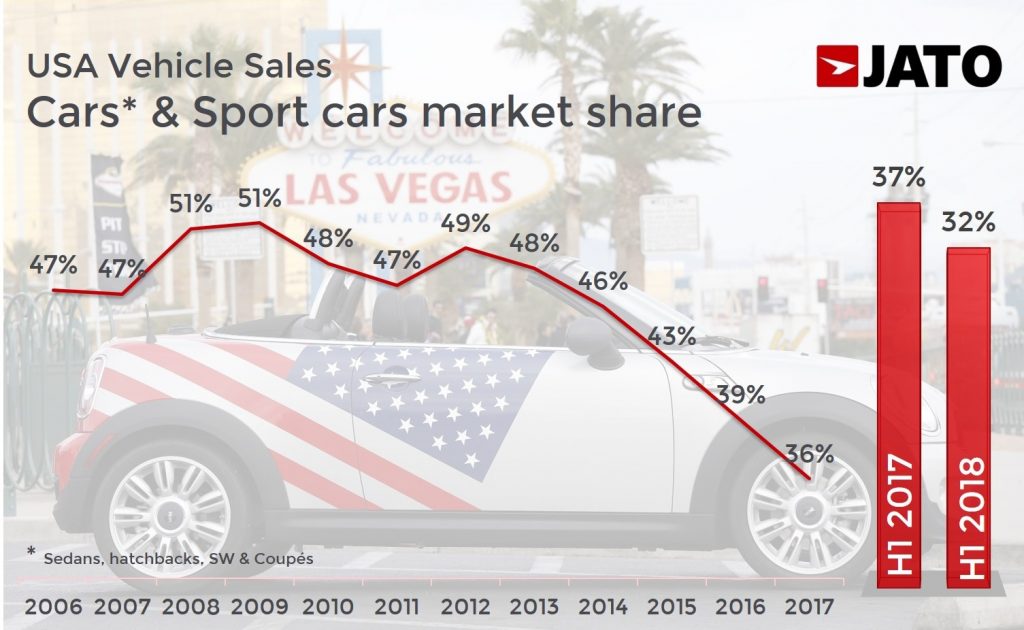 Ten years ago, most Americans drove a car. By car we mean traditional body-types such as sedans, coupés, hatchbacks and station wagons. The large array of models on offer fuelled the strong demand for these vehicles, which counted for 51% of total sales in 2008. With 6.68 million units sold, their total was almost double the amount of SUVs sold at 3.41 million. It’s important to remember that this was occurring in the context of the financial crisis.

The worst time for the industry came in 2009 when vehicle sales totalled 10.42 million units. The consumer looked for affordable cars that were easy to maintain. This is why cars managed to maintain their market share at 51% during one of the worst years in the history of the American economy. While the industry has started to show signs of recovery since 2010, the slow growth was affected by lower fleet purchases, which posted their lowest market share in 2011 at just 11%. 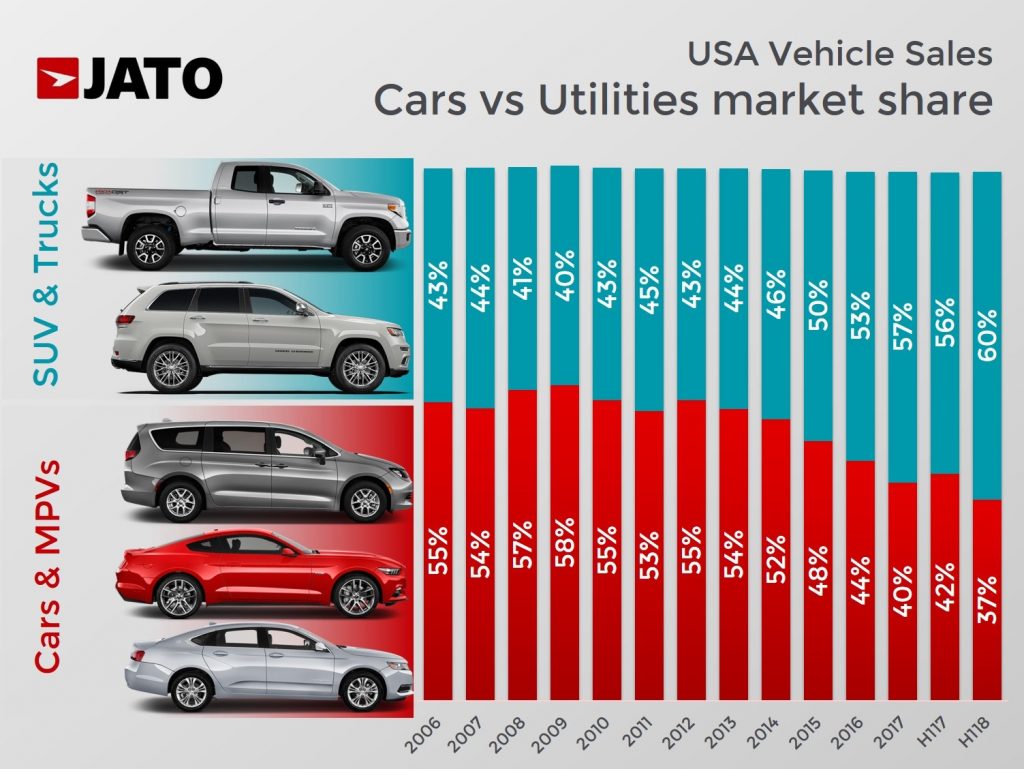 By that time most fleet sales came from cars, so when we saw the decline in fleet demand it primarily affected the sedans, hatchbacks and coupés. As the economy recovered, the benefits never arrived for cars. Data shows that the upturn of the market that started in 2012 was better exploited by the bigger vehicles – the SUVs and trucks. A big opportunity for these vehicles emerged when the economy improved, interest rates fell, and oil prices decreased.

The shift took off when SUVs became more appealing and more affordable, whilst also being backed by a strong marketing campaign. Consumers realized that driving a SUV or a big truck was not as expensive as in the past, and they actually looked cooler and felt safer. The midsize, executive and luxury sedans failed to understand the new consumer needs. By 2016, their market share, along with subcompacts, compacts and coupés fell 39% to 6.89 million units, or only 250,000 units less than total SUV sales. 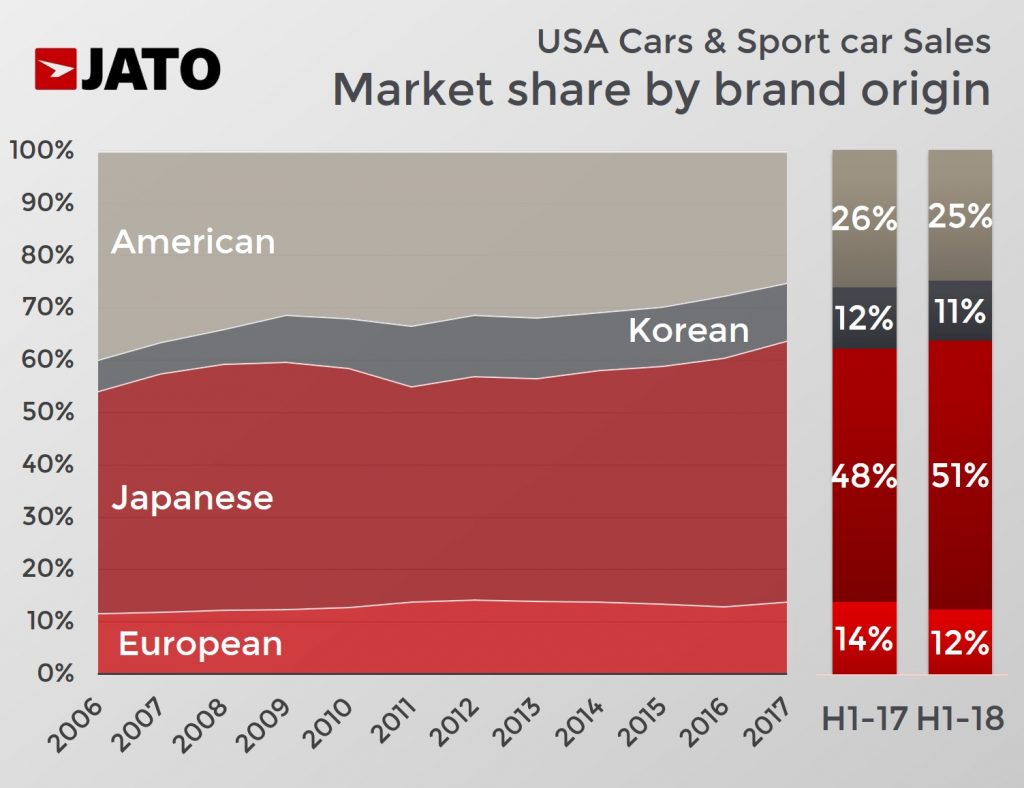 Nowadays the US vehicle market is peaking after many years of continuous growth. However, the lack of growth does not mean that the shift from cars to big vehicles has stopped. On the contrary, the trend is accelerating and doesn’t show signs of slowing down. In H1 2017, SUVs and trucks counted for 56% of total sales, while traditional cars made up 37%. This year, figures through June show that their percentages changed to 60% for SUVs and trucks and 32% for cars. In June 2018, SUV and truck demand soared by 14% in a market that grew by 5.6%.

So, what does this mean going forward? Are traditional cars going to disappear from the roads in America?  Could a future crisis boost sedan sales again? Consumers now have a clear taste preference and this won’t change unless we see a big increase in taxes or cost of ownership. As big vehicles only get more efficient and appealing (trucks can now be as luxurious as SUVs), the idea of having a higher driving position will continue to prevail during the purchasing process. Small and vulnerable segments like city-cars, subcompacts and compacts are likely to become niche segments, and the once popular midsize and executive sedans and MPVs will be limited to very few models. A future economic crisis may not change this. 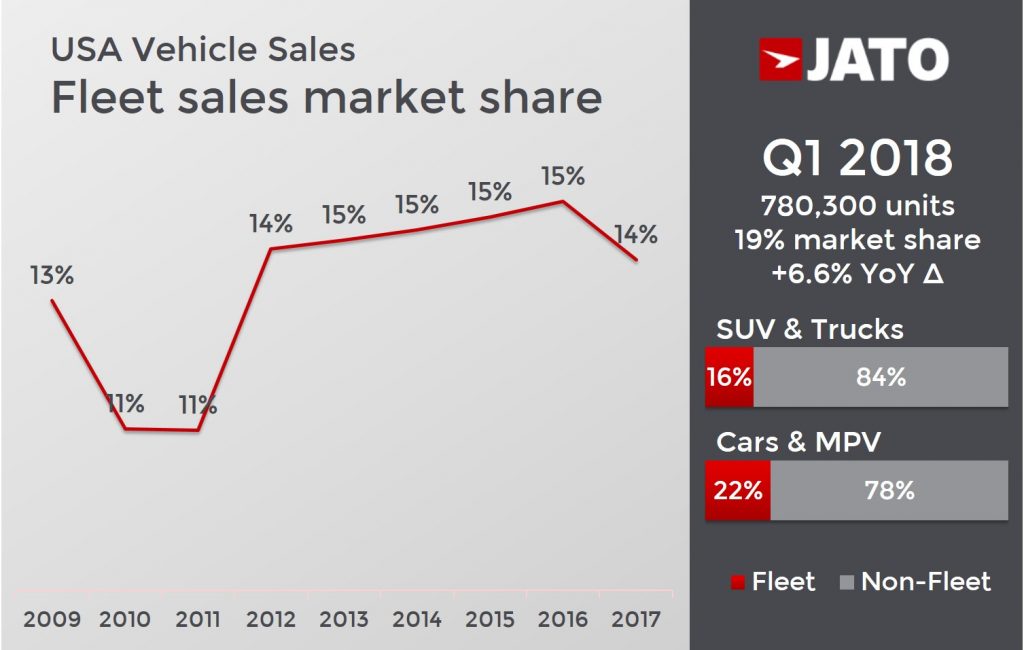 Meanwhile the offer is likely to evolve due to the trade war. As imports are likely to become more expensive for the European and Asian makers, they are expected to focus on the most profitable models. It means that the trend could accelerate as the offer would become more limited, and consumers wouldn’t have as many choices as they have now. Besides, a big part of the imported cars in USA are sedans, meaning that any attempt to increase import tariffs would hurt a lot the sales of these vehicles.

Despite the efforts made by governments and #OEMs, the EVs continue to be much more expensive than ICE cars. There’… https://t.co/aUDcyzXHyE