Volkswagen has finally launched its first B-SUV. Many years after the B-SUV became a real player in the European and global markets, the introduction of the VW T-Roc signals the arrival of Europe’s best-selling brand in the segment. VW has historically focused on its popular compact and midsize cars, leaving very little space for SUVs. And with the diesel emissions scandal, the B-SUV segment became even less of a priority for VW as it focussed its efforts and resources on minimising the impact of the scandal on its brand.

Over the last seven years, consumers have seen an increase in the number of small SUVs available. Nissan started with the Juke, which was soon followed by the Duster, Countryman, Captur, 2008 and Mokka, along with the Ecosport, Cactus, Renegade, and 500X joining some years later. More recently the Vitara, CX-3, Tivoli, HR-V, Q2, and C-HR have joined the segment too. But until now, neither Volkswagen nor Hyundai-Kia have hit the market with their own B-SUVs. 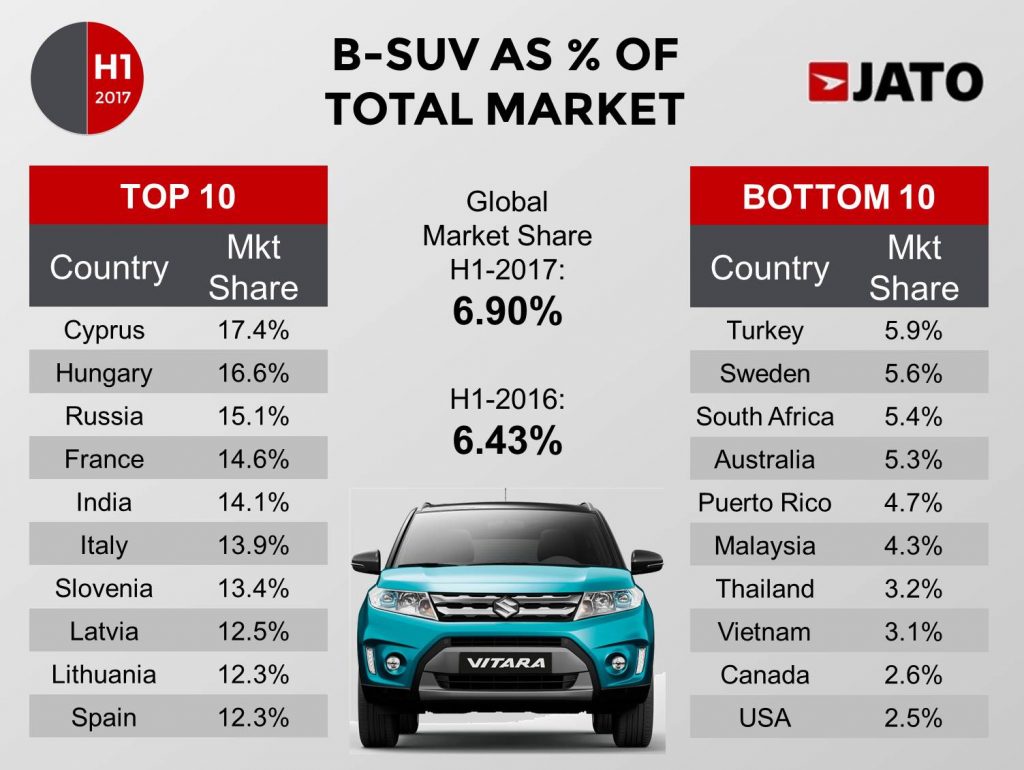 In Europe, the volume of the B-SUV segment has jumped from 126,000 units in 2009 to 1.4 million units in 2016. Global figures have shown that the B-SUV segment totalled 4.9 million units in 2016, up by 28% when compared to 2015 figures. Growth has slowed down this year, but is still strong at +10% worldwide, with 2.78 million cars registered through June. In other words, we’ve seen significant growth in B-SUV sales, wherever they have been introduced. While sales posted a double-digit growth in the USA, Italy, Brazil and Germany, the number of new drivers in Japan doubled and India became the second largest market after China. 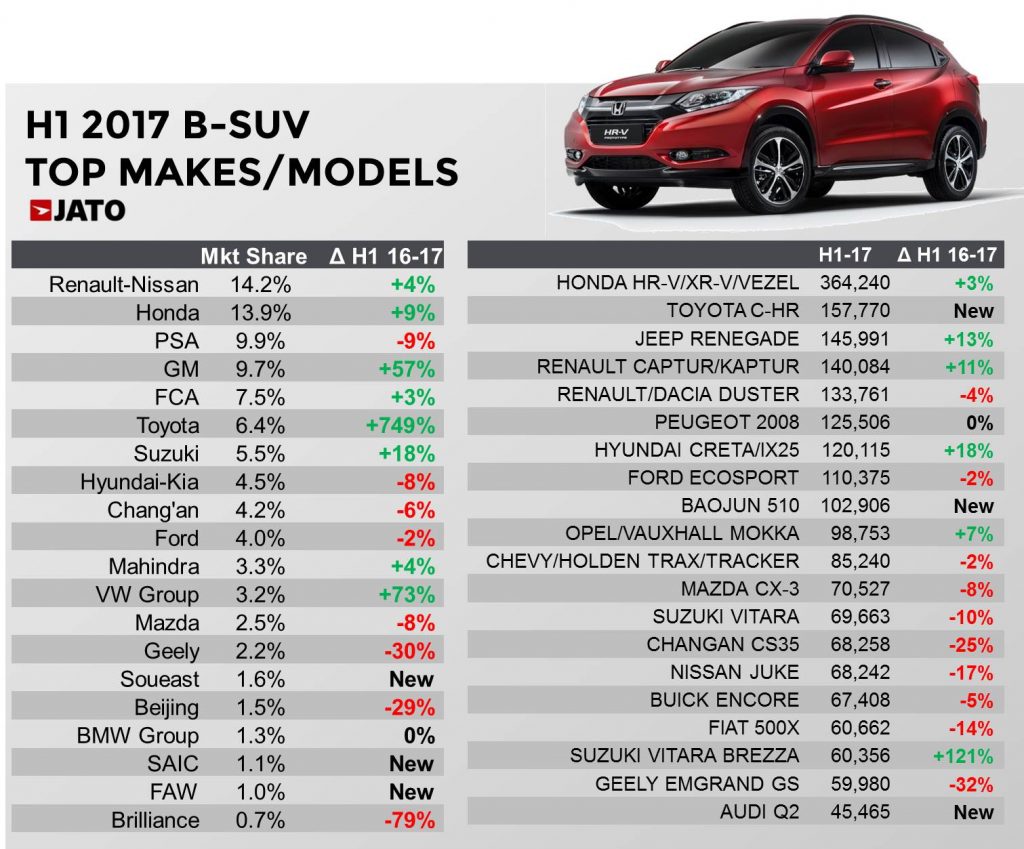 Impressive growth like this must be a key element for the future plans of any mainstream car maker. The Skoda Yeti was VW Group’s first attempt to address this increasing demand. But it was not a competitive product sitting somewhere between the B-SUV and C-SUV segments. The company then launched the new Audi Q2 as its first real B-SUV with brilliant results so far, selling more than 45,000 units worldwide in H1 2017, and making it into the top ten vehicles registered in Europe during the period. The next step is the new Seat Arona, which was presented last month and is expected to bring growth to the Spanish division of VW.

The new T-Roc is not only the Volkswagen brand’s baby SUV, but is perhaps the group’s most relevant launch this year. Volkswagen defines the T-Roc as a “compact SUV”, but it is actually a subcompact SUV. The new car shares the same MQB platform as the Audi Q2 and Seat Ateca, and is expected to be powered by the same engine used in the new Volkswagen Polo. The T-Roc will sit a segment below the Tiguan, which is Volkswagen’s real compact SUV. Therefore it will face rivals such as the Renault Captur, Peugeot 2008, Opel Mokka and the successful Toyota C-HR. For marketing reasons, a “compact SUV” will be always more appealing than a “baby” or a “mini” SUV. 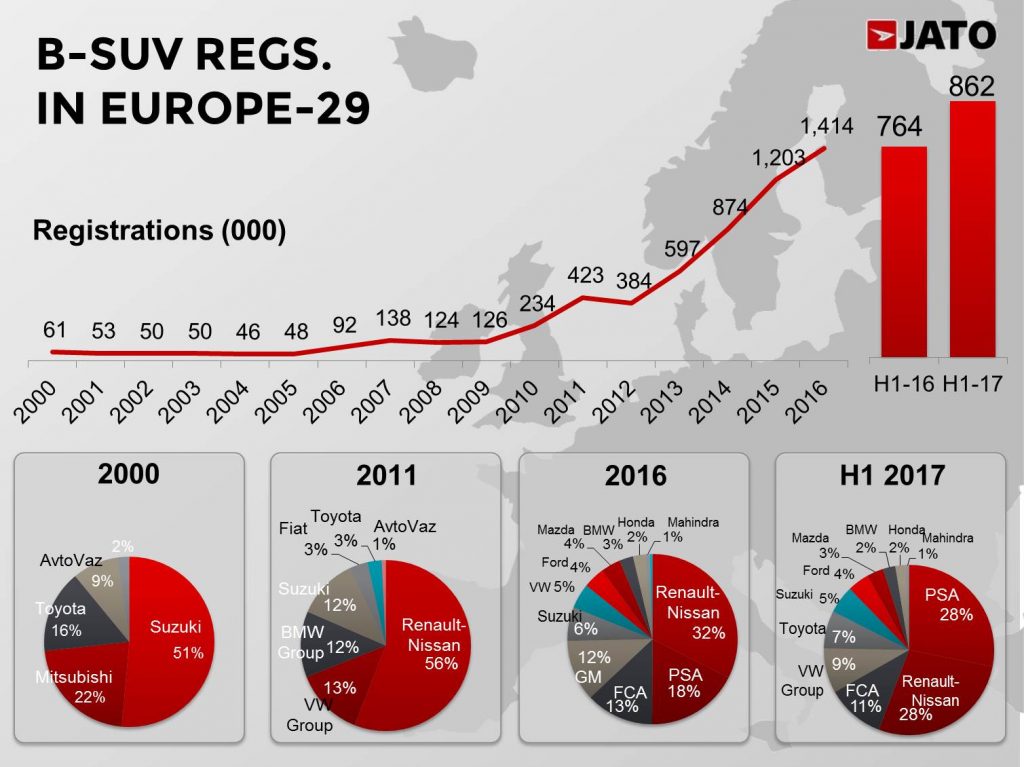 But is it too late for Volkswagen to join the segment? Not really. We’ve seen continuous growth of the B-SUV segment everywhere, and even if the T-Roc is seven years late to the party, it is likely to put Volkswagen in the top position for the segment in many markets. Global car sales show that demand is cooling in the USA and China, but is maintaining its growth in Europe, and is doing great in India. Brazil and Russia are back on track too. It seems then that the T-Roc will be another success for Volkswagen. 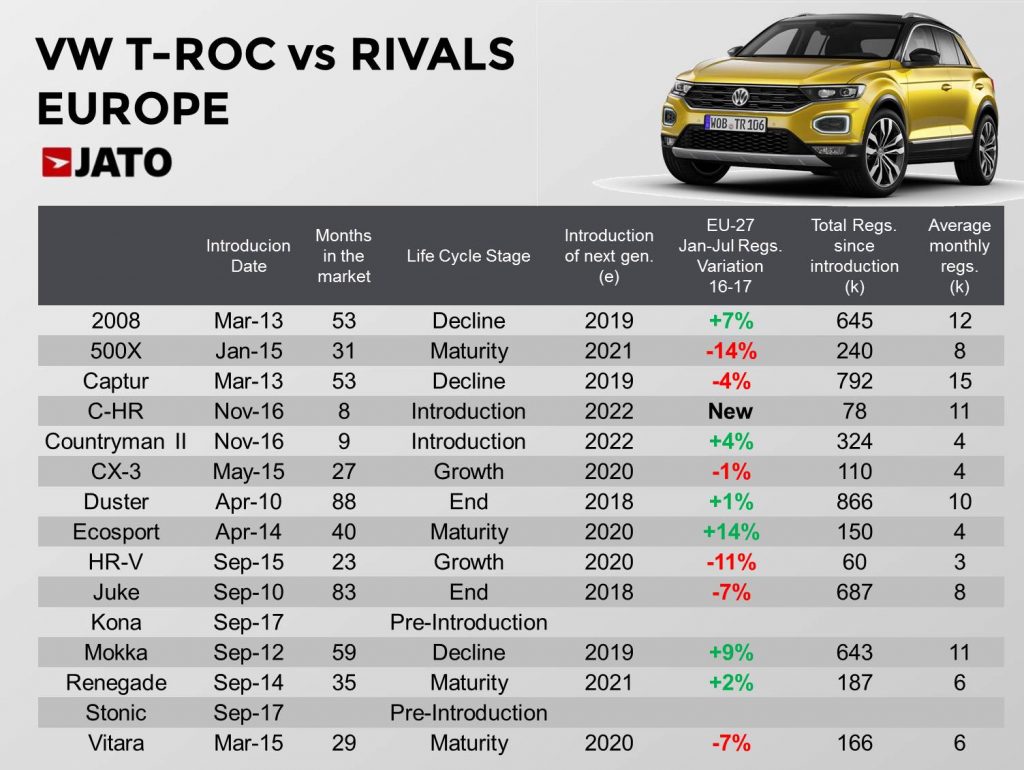 The T-Roc will hit the market when most of its rivals are already facing a decline in their commercial lives. The Renault Captur and Peugeot 2008 are over four years old and they are already posting lower growth rates. The Nissan Juke and Dacia Duster are living their final months before being totally renovated. The Opel/Vauxhall Mokka has just had a facelift, while the Fiat 500X started to show significant monthly sales declines this year. 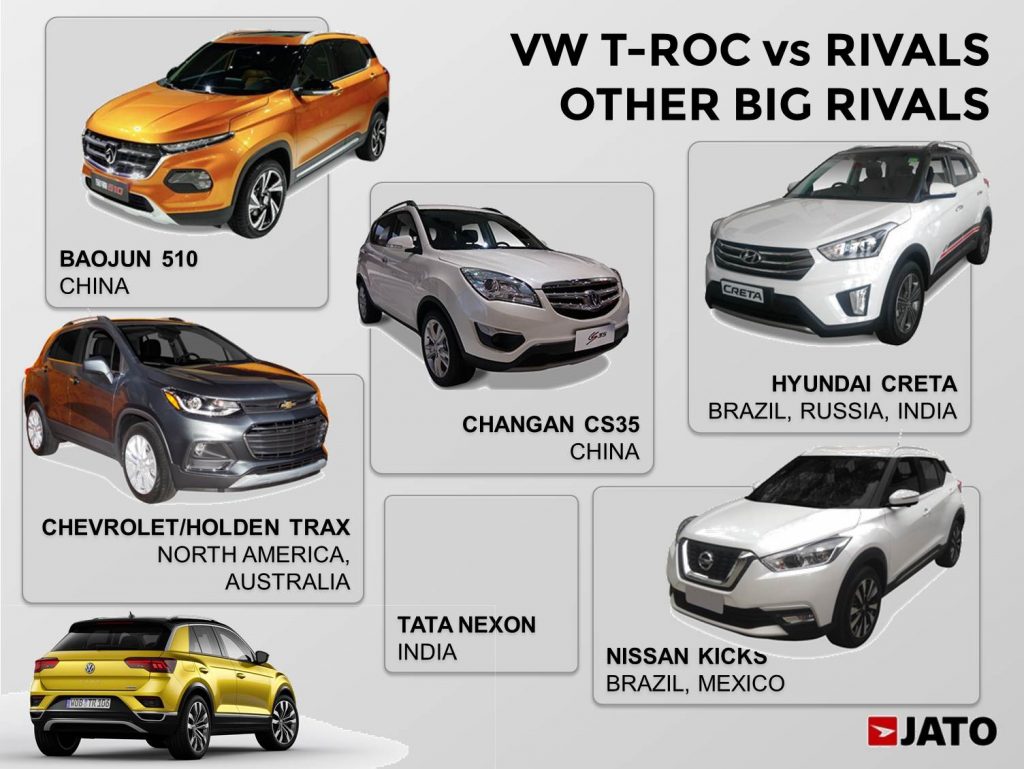 A second reason is that Volkswagen has proven to be strong enough to face the diesel and emission issues. Even if it is still spending millions of Euros as a result of this scandal, the latest financial results show that the group is improving its margin, as the brand’s second quarterly operating profit margin increased to 4.4 percent from 2.9 percent a year ago. The cost cuts along with the R&D and production improvements have allowed the German brand to become more efficient. The latest SUV launches like the Tiguan and Atlas/Teramont are working very well. 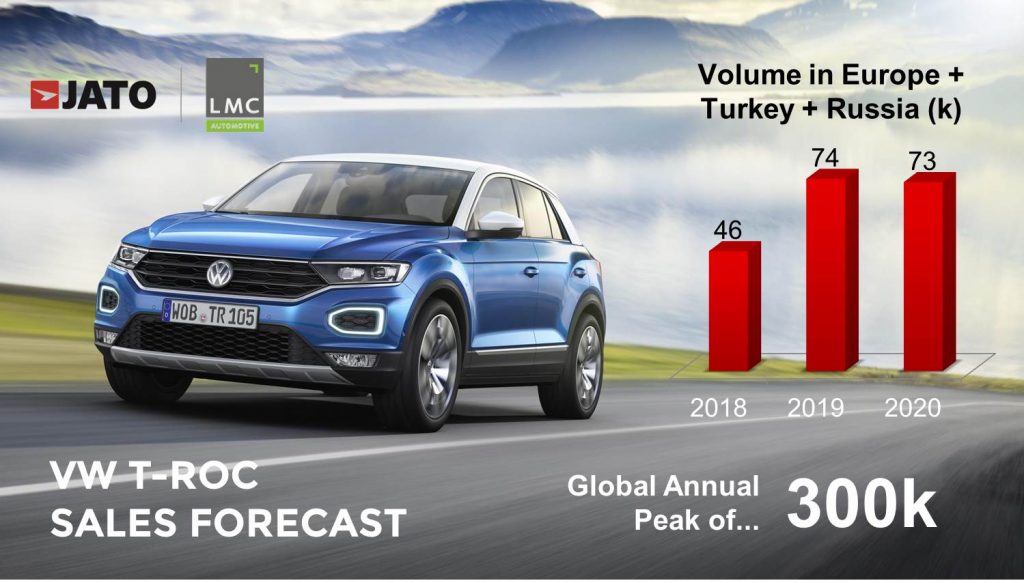 A final reason to predict the T-Roc will be among the top sellers is related to the brand itself. The strong reputation of Volkswagen in Europe, Brazil and China along with the fact that the world wants to drive SUVs, is almost a guarantee that the new model is expected to record significant volumes. And these two factors combined can offset the possible negative effects of arriving late to the party.