New car registrations continued to fall in Europe last month. According to our data for 27 markets across the region, volume totaled 848,455 units, down by 20% compared to the 1.06 million units registered in February 2020. Last year, the automotive industry saw a decline in registrations of 7% when compared to February 2019, and the impact of the pandemic has only accelerated this negative trend this year. Felipe Munoz, Global Analyst at JATO Dynamics commented: “As long as travel restrictions remain in place and consumers stay indoors, the industry will continue to see negative results.”

Following the decline seen in February, we expect to see an increase in registrations in March 2021, especially compared to March 2020 when the European automotive industry experienced its lowest sales in 38 years, after the outbreak of the pandemic decreased registered units to 848,400.

The market for diesel cars is becoming increasingly challenging as the race for electrification continues. Registrations of diesel cars including mild-hybrids fell by 33% to almost 225,000 units, accounting for 27% of total new car registrations. For brands such as Mitsubishi, Honda, Toyota, Mazda and Mini, diesels have almost completely disappeared from the sales mix.

On the other end of the spectrum, low emission pure electric and plug-in hybrid cars continued to gain traction in February. Posting a growth of 67%, these cars registered 115,000 units, and the total market share jumped from 6.5% in February 2020 to 13.6% last month. In Norway, they accounted for a significant 79% of total market.

The impact of EVs can also be seen through the European registrations mix by fuel type. For example, one in three Land Rovers registered in February was an EV, compared to just 7% in February 2020. Year-on-year, the share of these vehicles also increased by more than 15 points for MG, Volvo, Mercedes and Jeep, as manufacturers continued to diversify their SUV offering in response to increased demand for PHEV and EV alternatives. 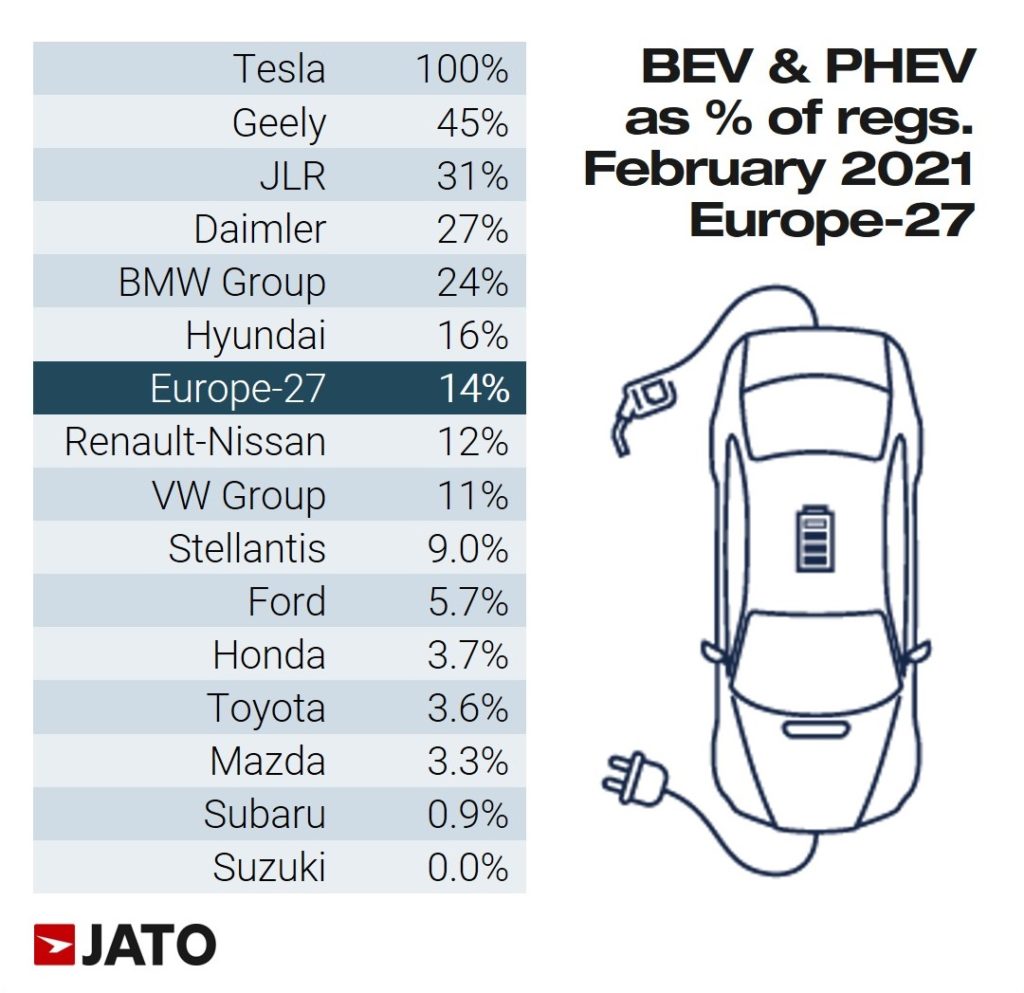 Despite the highly challenging economic conditions, SUVs have fared well in comparison to traditional segments. SUVs posted a volume decrease of just 11%, compared to the drop of 23% registered by traditional cars (including city-cars, subcompacts, compact, midsize, executive and luxury sedans). MPVs posted a 58% decline, falling to just 17,800 units – one of worst monthly results for these vehicles.

February was an encouraging month for Peugeot as the 208 replaced the Toyota Yaris at the top of the model rankings. The last time Peugeot led the European rankings by model was in February 2008, with the Peugeot 207. The popularity of Peugeot’s current generation of models is also mirrored in the strong results posted by the 2008. The B-SUV was the second most registered car in February, with a significant volume increase of 51%, ahead of the Volkswagen T-Roc and Renault Captur. 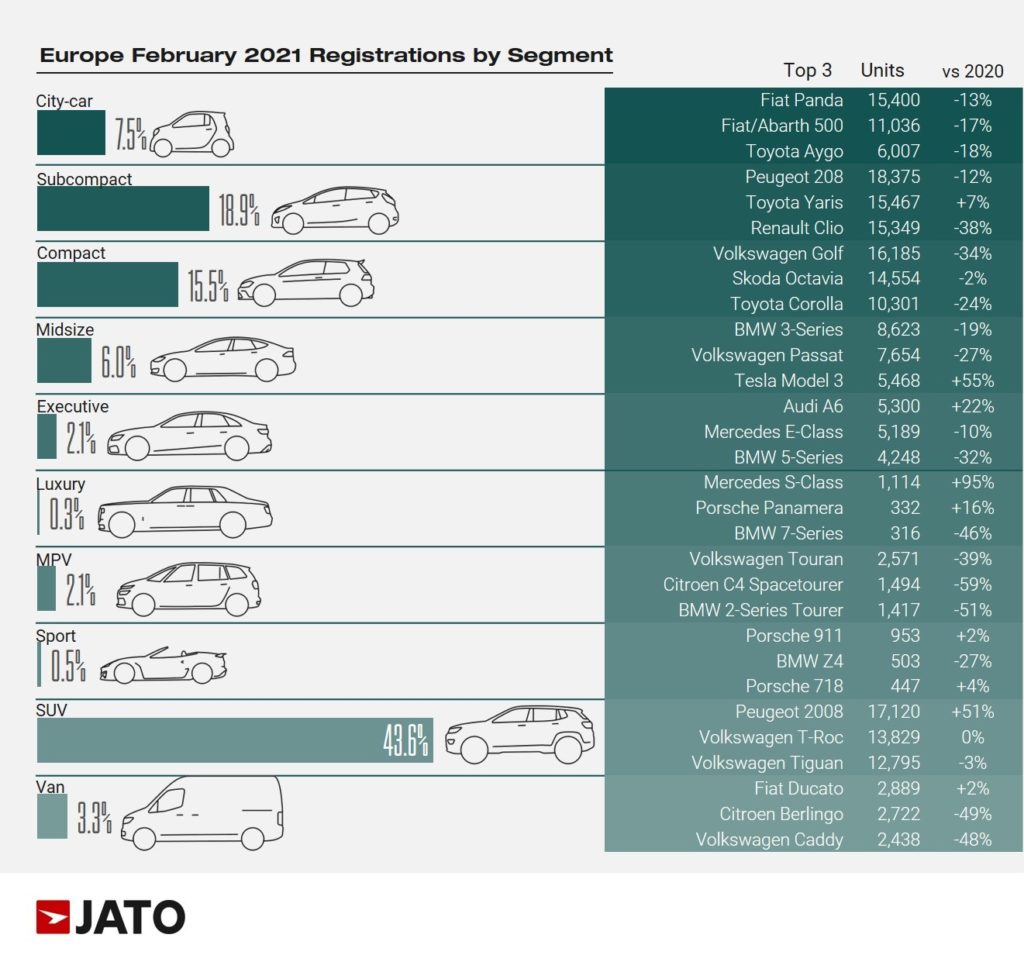