The false positive effect of WLTP

This August saw the best August monthly performance of the last twenty years. Before this year, the market had not seen more than 1 million units registered in August since 1998 as it’s typically a low-selling month on account of holidays in Southern Europe. The volume of registrations were 30% higher in August this year than in August 2017, meaning Europe saw the highest monthly growth in nearly ten years. This broke the previous record of a 25% increase in November 2009. 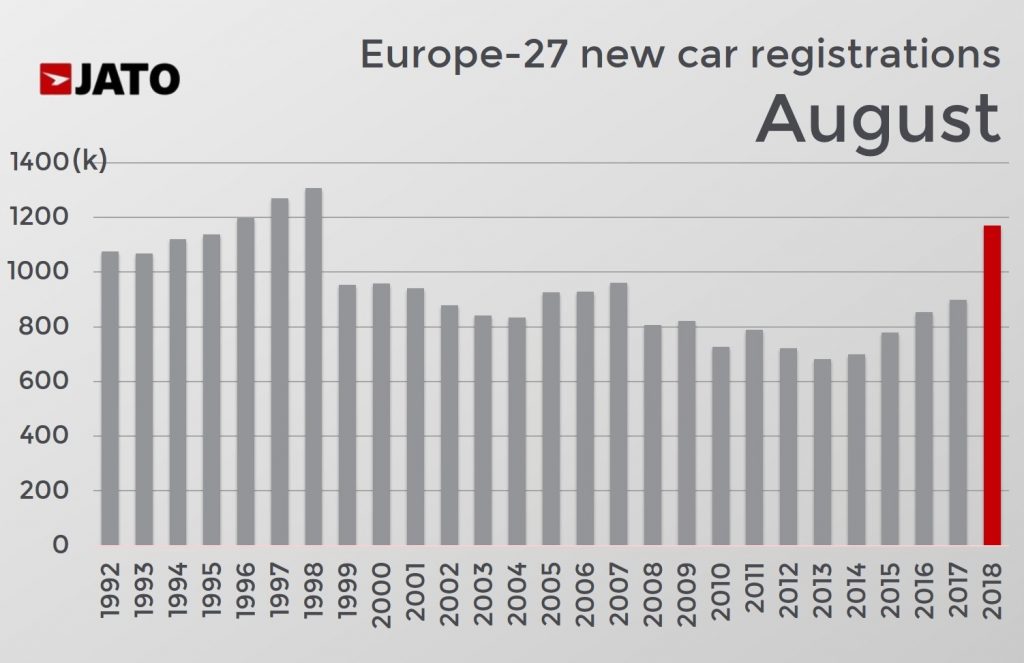 There is an explanation for the abnormally high registrations. The new stricter emissions standards (WLTP) has officially been applied to all new car registrations as of September 1st. In early August 2018, a spokesperson for JATO indicated that the publication of re-homologated models/versions was not progressing as quickly as expected. “It has taken 11 months for 20% of existing models/versions in the market to be re-homologated and published”. As a result of this, the industry faced a backlog of vehicles that could not be registered if the re-homologation was not completed by August 31st. 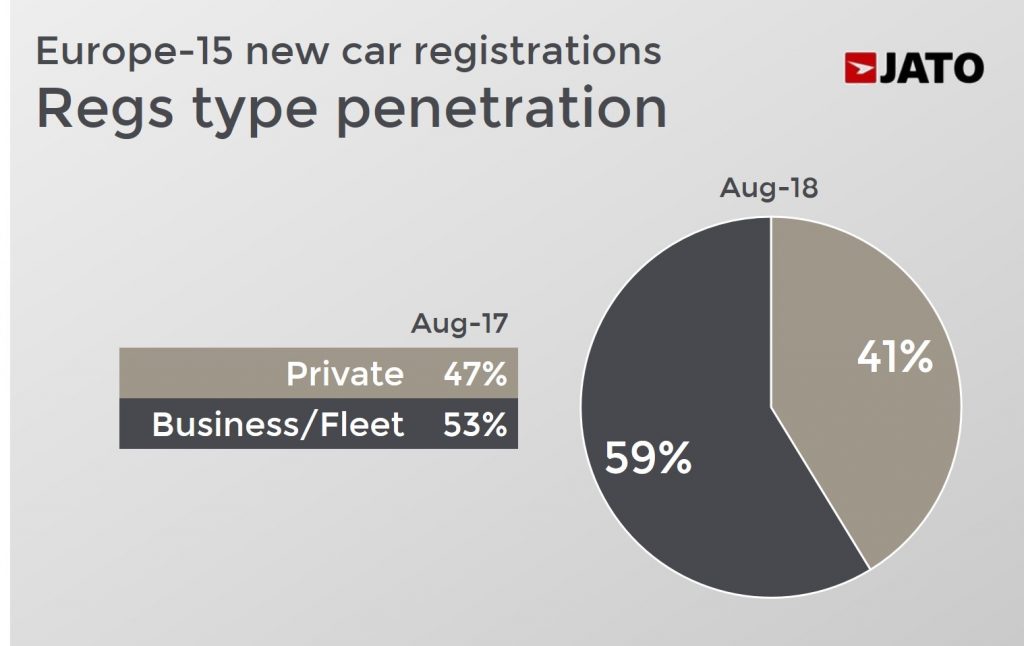 This explains the 30% increase of registrations seen in August. Many makers decided to register their cars ahead of the deadline in order to clear their stocks of the units that they would not be allowed to sell after August 31st. They got rid of their units in the easiest way: self-registrations, demo-sales or rentals which are a part of the business/fleet registrations, or through better retail-deals which make up part of the private registrations. 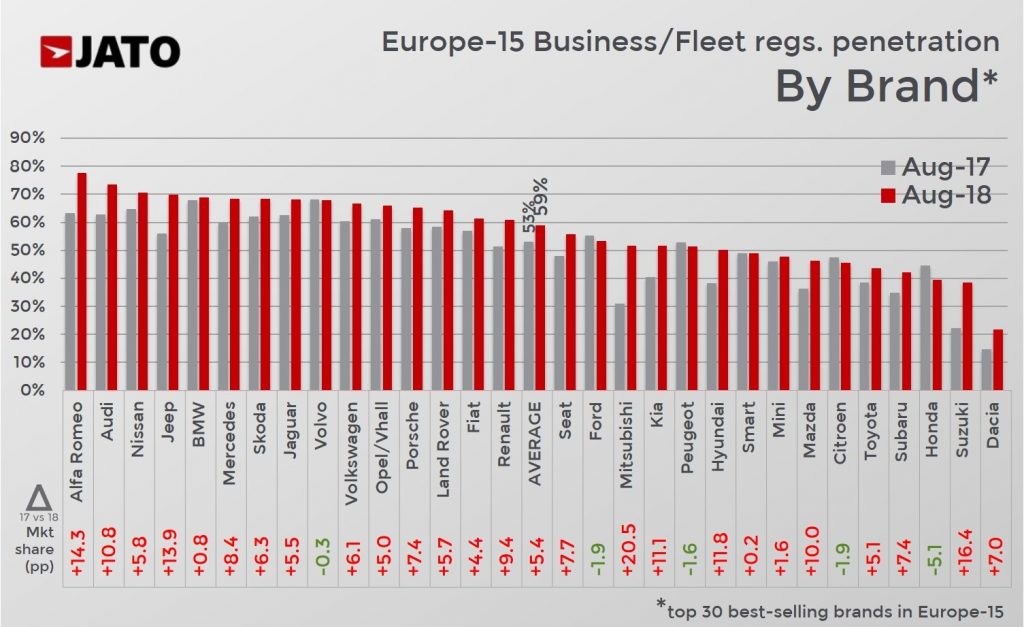 This was not the case for private registrations, which are perhaps closest to what actual registrations would have been had WLTP not come in to effect. They fell in Sweden (-30%), Switzerland (-21%) and Austria (-5%), and hardly grew in Norway (0%), Germany (+4%), Finland (+5%) and Italy (+7%). The private registrations actually lost market share in 14 of the 15 markets analysed.

This is a clear indicator that last month’s increase was a result of more purchases coming from companies, dealers or fleets, pushed by the car makers who wanted to get rid of the non-compliant WLTP car units. It is also an alarming reminder of how easy it is for car makers to manipulate the registration results. Moreover, the results also confirm that many new cars did not comply with the new emissions rules in time for August 31st. 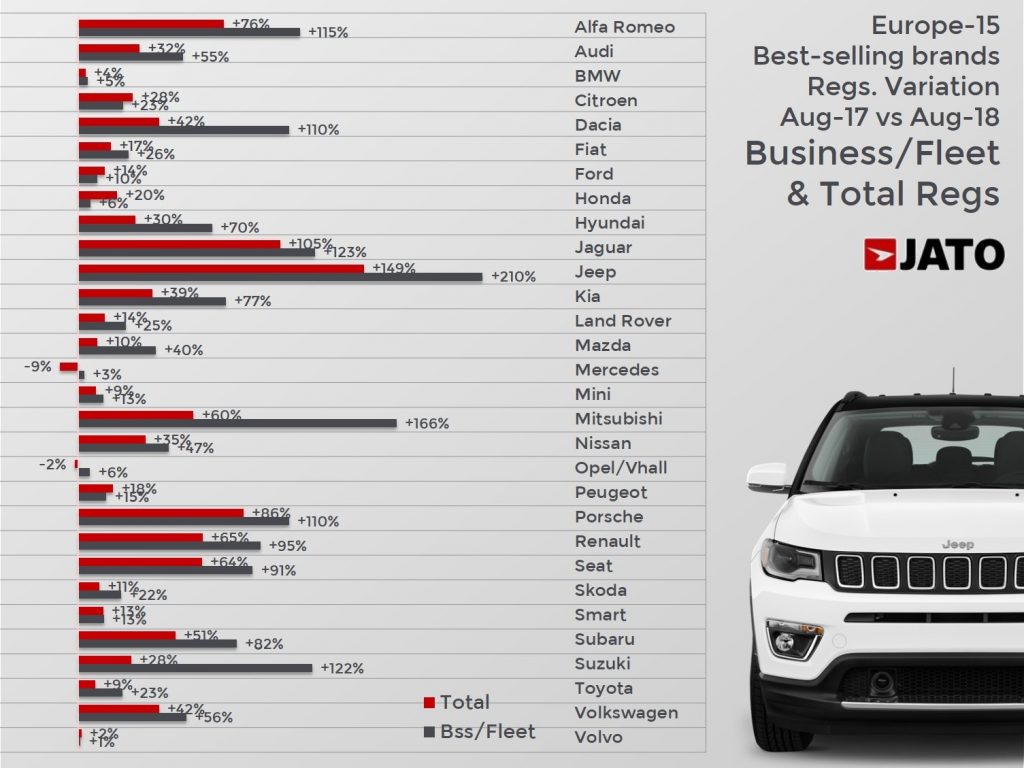 Further evidence can be seen when looking at the data by fuel type in the same 15 markets. August saw the first increase of diesel car registrations since March 2017, which is also an unusual performance considering the fact that their variations have posted double-digit falls since September 2017. Predictably, the business/fleet registrations were responsible for the increase in results. Their volume went up by 13% in contrast to the 10% decline registered by the private registrations. In other words, private registrations (the reality) show another monthly decline for diesel, while the business/fleet registrations have shown an unusual (artificial) increase. 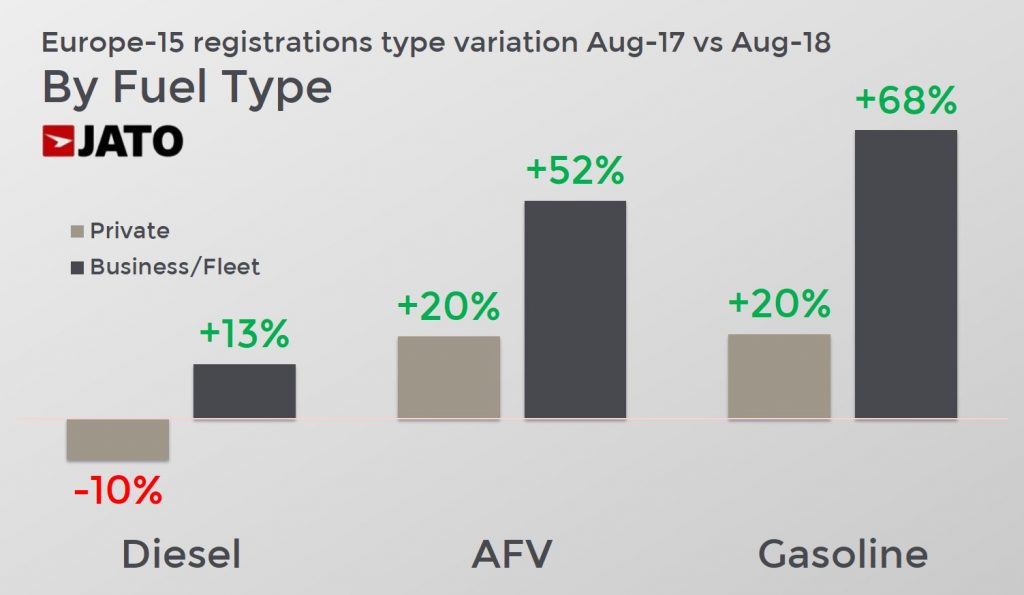 It will be interesting to see what happens in the coming months. The data implies we won’t see much growth in September, and, if the car makers don’t hurry up re-homologating their cars then we will likely see further declines for the rest of the year.