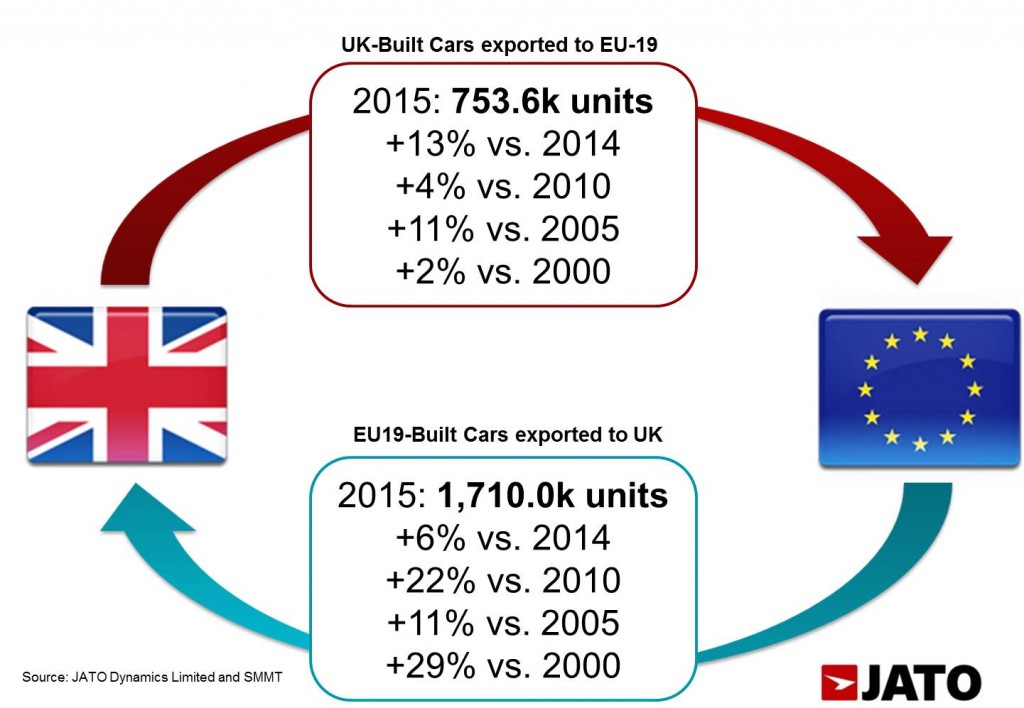 The UK is not only the second largest car market in Europe but an important place for the manufacturing of several brands and models. It is the home for brands like Aston Martin, Bentley, Rolls-Royce, Jaguar and Land Rover, but also where other big car makers like Toyota, Honda and Nissan run some of their factories. Last year, this market counted for around 18% of EU + EFTA new car registrations, posting a big market share increase comparing to 2008 and 2009 when the UK’s volume represented around 14% of the total. Unlike its partners from the mainland, British car market has posted significant increases over the last years due to better economic conditions. While Germany’s car market recorded an average annual growth of 0% during the last 10 years, and France and Italy posted negative averages (-1% and -3% respectively), the UK passenger car industry was able to grow an annual average of 1% over the same period. In fact last year this market registered a record of 2,63 million units, while Germany, France and Italy were all far away from their respective historical records. 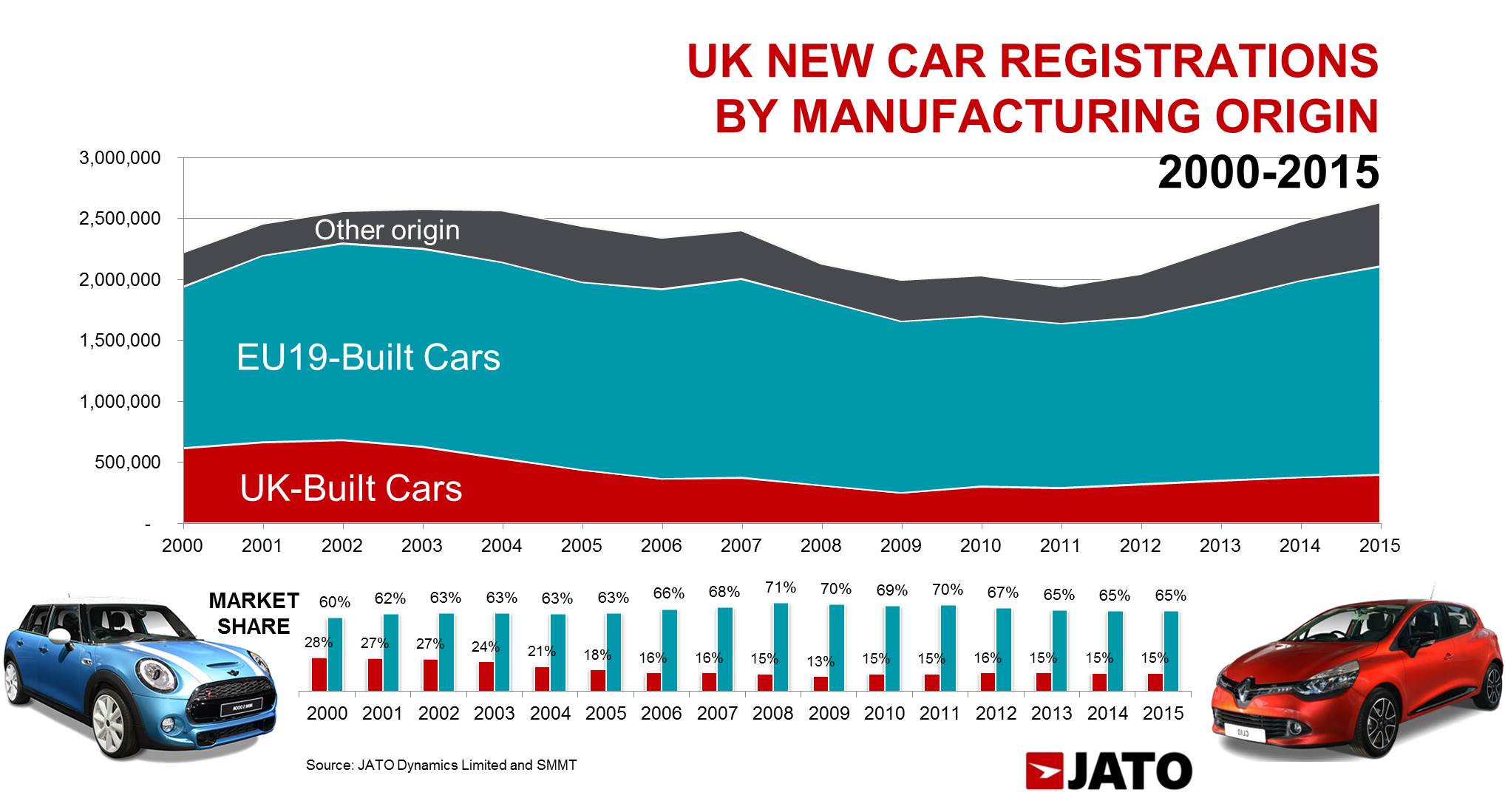 In 2015 Britain sold around 1.15 million “Made in the UK” passenger cars in Europe-20 (UK included), of more than 60 models from 18 different brands. That is 10.5% more than the total for 2014 and the highest volume over the last 10 years. Exports to Europe counted for 65% of that total at 753,500 units, up by 13.1% compared to 2014 figures, and again the highest since the year 2000. Germany was the main destination of the British made cars, with 26% of the total in Europe-19. France, Spain, Italy and Poland followed. In total, the British cars registrations accounted for 6.7% of total volume, up by 0.2 percentage points from the market share posted in 2014. As it happened to volumes, the market share recorded a peak in 2015 (the highest since 2000), jumping from the lowest level of 5.0% in 2006. In the home market, British cars hold a 15% market share in 2015, which is more or less the same percentage seen during the last five years, but definitely lower than the market share the UK-built cars had in the UK in the year 2000, at almost 28%. 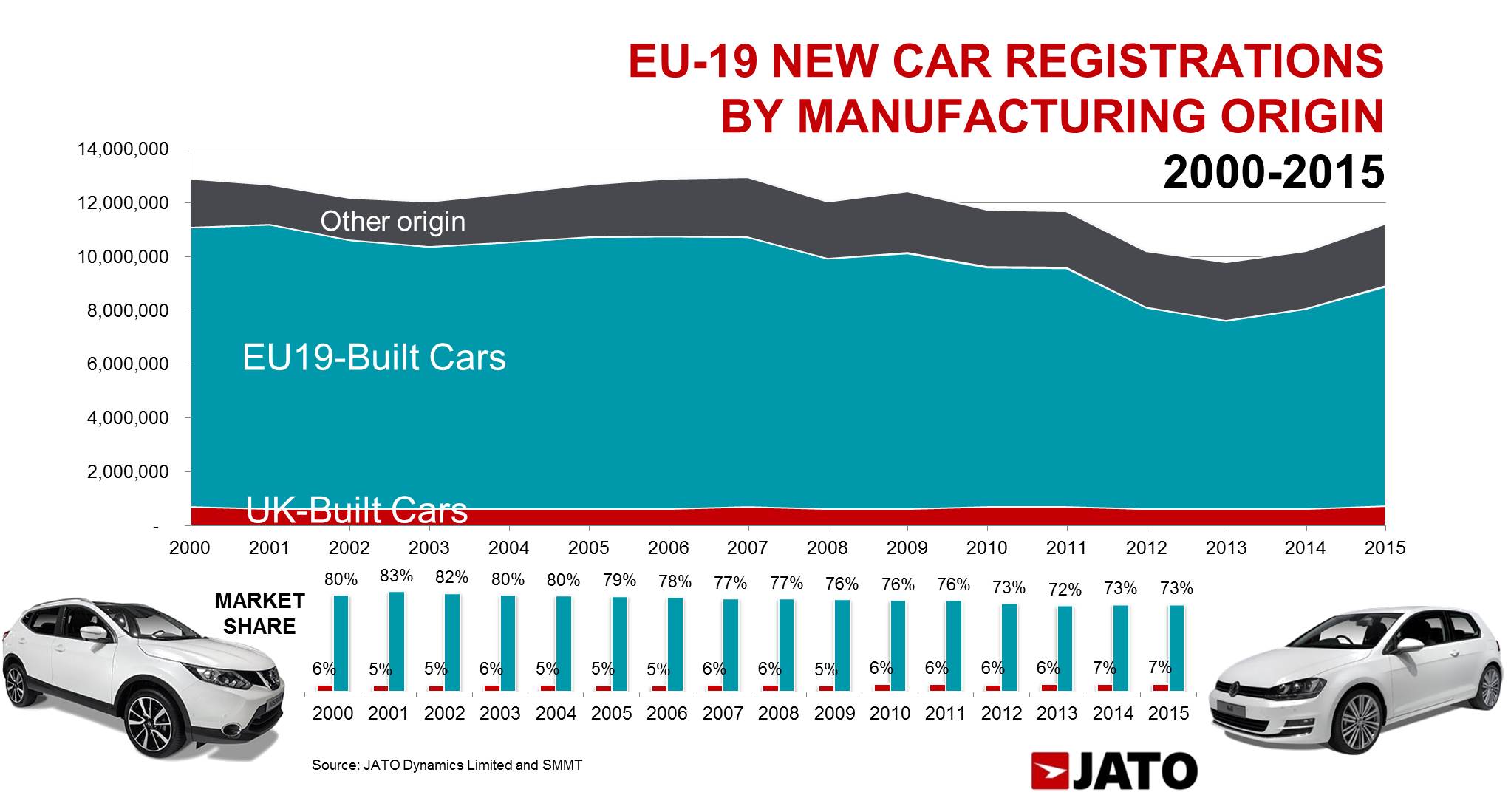 Meanwhile, British cars sales in 2015 set a new record in North America with almost 154,000 units or 29% more than the previous year. Therefore Europe continued to be the main destination of British cars. At the same time the SUV boom in Europe is having an impact on many of the cars built in the UK. That is the case of Nissan and its Juke and Qashqai, all Land Rover products and lately Jaguar with its new F-Pace. In 2015 SUVs counted for 43% of the exports to Europe and posted a 13% increase over 2014 total. In fact Britain produces the best-selling SUV in Europe – Nissan Qashqai.