Europe’s new car sales market continued to grow in November with sales up by 1.3% compared to the same month last year, according to the latest analysis from JATO Dynamics, the world’s leading provider of automotive intelligence. The growth rate was lower than in previous months, due in part to sales dips in France (-2.7%) and Germany (-1.8%) when compared to November of last year. 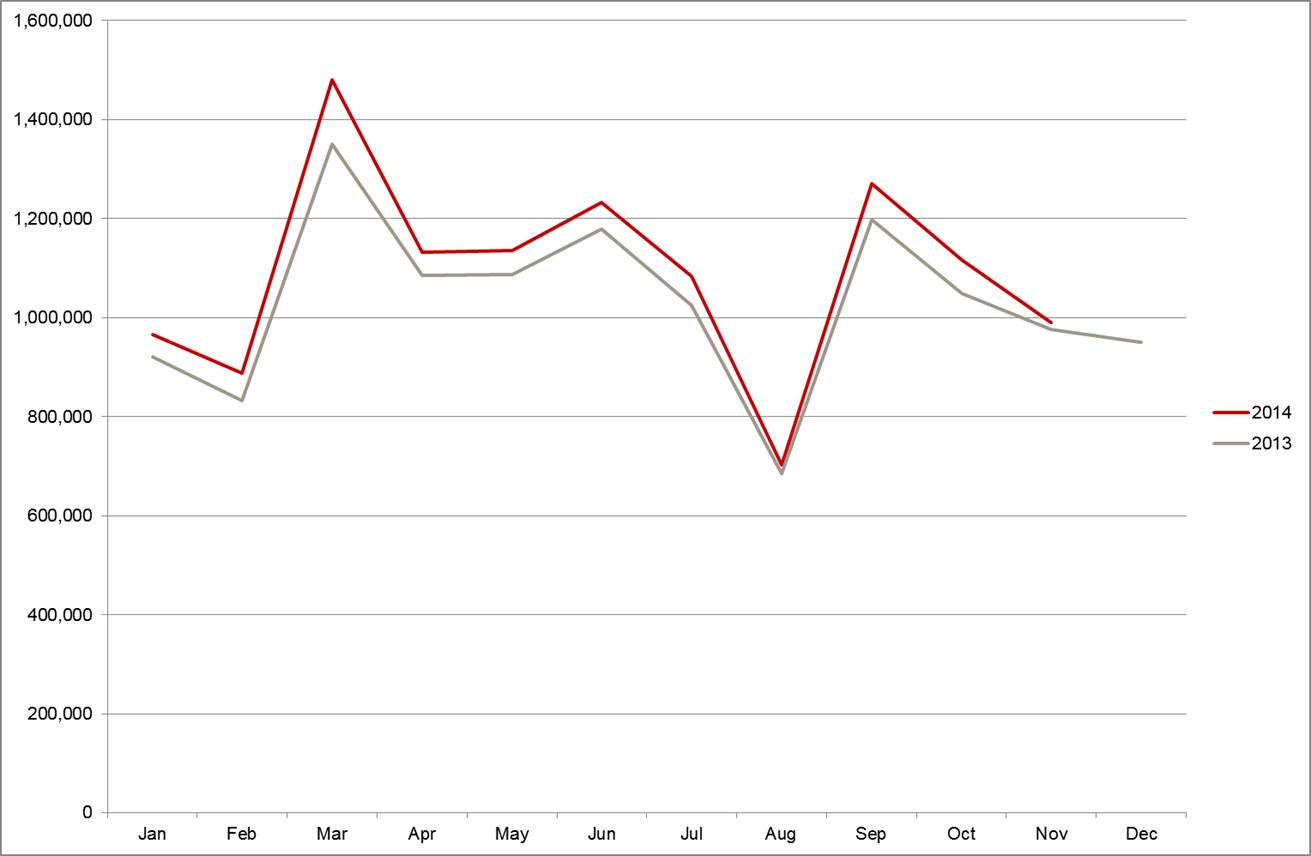 The top 10 high-volume brands continued their successful year; all 10 have posted year-to-date growth. Eight of these also saw sales grow compared to November last year. Volkswagen remained the clear leader with almost double the units sold in November compared to second placed Ford, and a year-on-year increase of 1.2%. Ford was second, with Renault behind by less than a 1,000 units. Ford has stayed ahead of Renault, but the French manufacturer’s year-to-date increase of 9.2% compared to Ford’s 4.3% means that the French brand has closed the gap significantly during the last 12 months.

Outside of the top 10, Jeep more than doubled its sales compared to November 2013 on the back of an excellent month for its Renegade and Cherokee models. The new Lexus NX crossover model helped the brand to drive sales up by 68.2% year-on-year, while Mitsubishi increased sales by 32.1% year-to-date thanks to the continued success of its Outlander, ASX and Space Star / Mirage models.

For the second month in a row it was a Volkswagen 1-2 at the top of the best-selling European models table, following continued year-on-year gains for its flagship Golf (+3.2%) and Polo (+12.4%) models. Renault’s Clio was in third place despite a dip (-2.5%) and Ford’s Fiesta was a close fourth with sales down (-19.0%) compared to November last year. While Opel/Vauxhall’s Corsa increased sales in November (+5.6%) to place it in fifth.

The Peugeot 308 shot into the top 10 models table with a year-on-year sales increase of 70.7%, which has contributed to a 60.2% year-to-date surge in sales, both the highest growth figures in the top 10. This was achieved without taking significant market share from its stablemate the Peugeot 208, which remained in the top 10 despite sales falling (-6.1%) compared to November 2013.

Among the mid-volume models, the MINI increased year-on-year sales by 44.2% following the release of a new generation three-door hatch and an additional five-door hatch added to the range. The Seat Leon also benefited from its new generation, and three-door and estate versions released last year, with year-to-date sales up 43.1%.

Brian Walters, Vice President of Data at JATO Dynamics, commented: “We are just one month away from what would be a fantastic full calendar year of sales growth for the European new car market. Although some of the larger markets saw a slow-down in November, overall performance for the year so far is positive in the vast majority of countries analysed.“