Most people use IT technology in their daily lives and it is increasingly present in new cars. New hardware and software is being introduced to enable communication both to and from the vehicle, in addition satellite navigation can now provide instant information to drivers. The standard technology of the past – CDs, DVDs and SDs, are rapidly being replaced with more direct communication tools that allow constant communication by the user such as WhatsApp, Twitter and Facebook as connectivity is becoming an increasingly important feature in new vehicles. 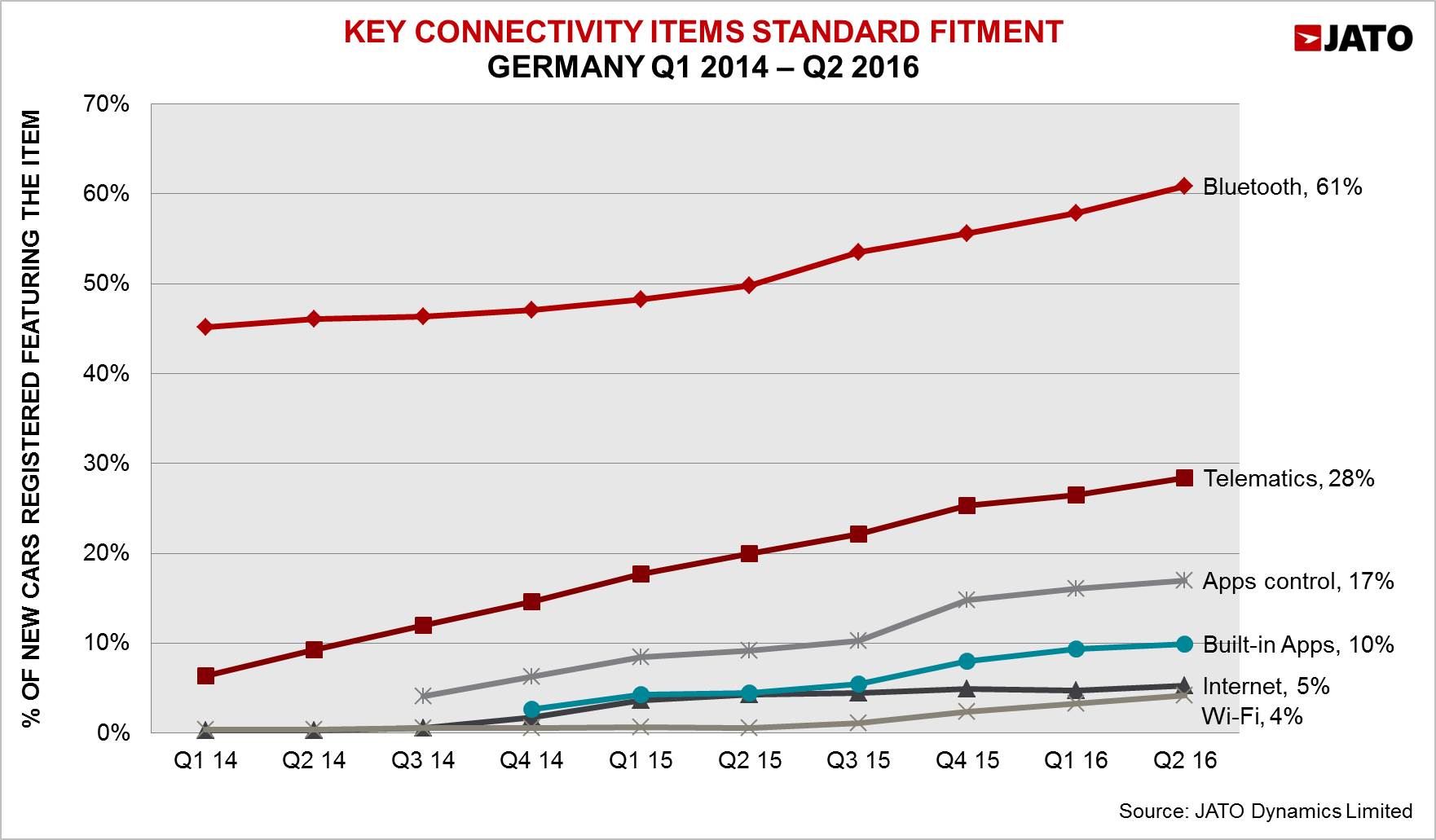 Simultaneously, apps are being developed to make it easier to connect to the internet when in a vehicle, this is largely being driven by consumer demand for ‘always on’ internet access. JATO has been researching certain connectivity-related products for some time, many have recently been introduced to JATO systems, as they are becoming so important to client businesses. This report looks at the availability of selected car connectivity features in the German new car market between early 2014 and June 2016.