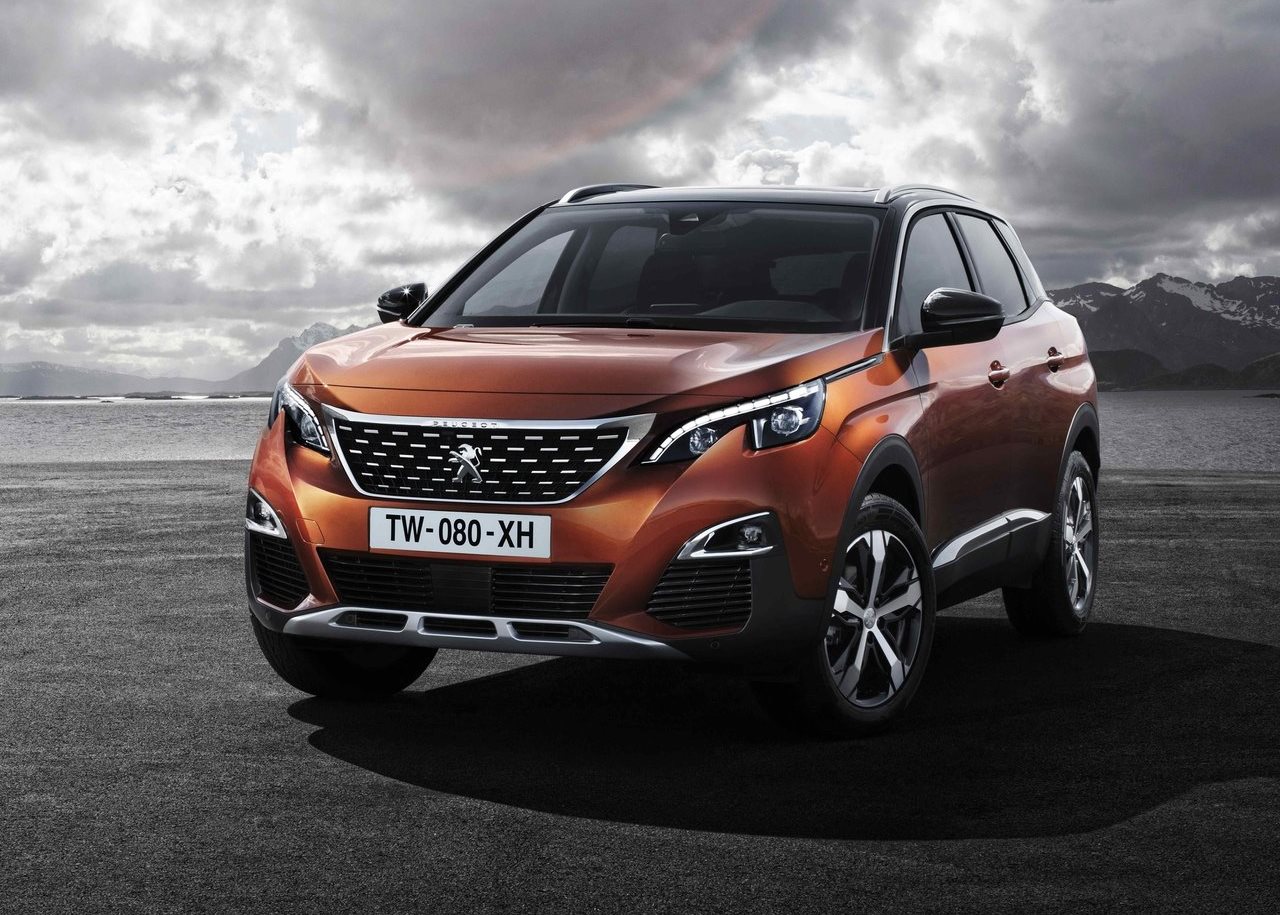 Peugeot has just revealed its new 3008, the latest model that is expected to increase the brand’s presence in key segments in Europe and China. The Peugeot 3008 will be officially presented in October at Paris motor show, while it should hit the market right after this event. With the 3008, Peugeot is the latest make to join the hot-selling compact SUV segment as the new born takes distance from its previous generation in terms of positioning. The current Peugeot 3008 is a compact MPV that competes against the Renault Scenic, Ford C-Max and Volkswagen Golf Sportsvan, but the latest trends forced the French car maker to reposition this model and join the SUV party. 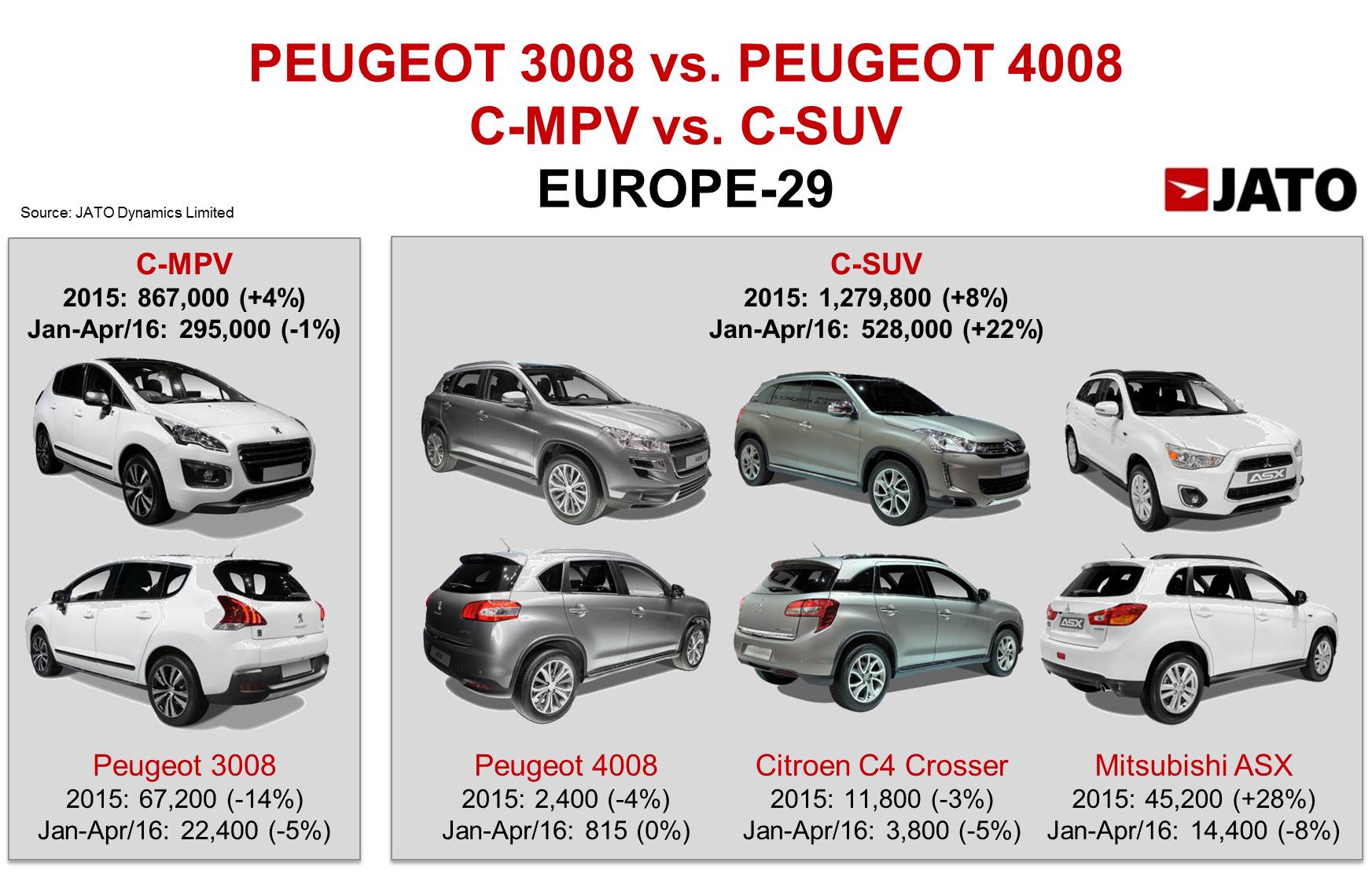 The new 3008 was conceived to fight against the popular Renault Kadjar, Nissan Qashqai, Hyundai Tucson and the new Volkswagen Tiguan. Peugeot had already a model in the C-SUV – the 4008, based on the Mitsubishi ASX. But the experiment between PSA and Mitsubishi was only useful for the Japanese brand, as the Peugeot 4008 and Citroen C4 Crosser did not work in terms of sales. Last year Peugeot sold only 2,442 units of its 4008 C-SUV, and during the first four months of this year, registrations totaled 815 units. The 4008’s market share was 0.19% in 2015 and 0.15% in January-April 2016. Those are certainly very low numbers in a segment that posted an 8% increase in 2015, and +22% during the first four months of this year.

Meanwhile the current 3008 in the C-MPV is definitely more popular. In 2015 the French car maker sold 67,200 units in Europe, down 14%. European registrations of compact MPV totaled 867,000 units in 2015, up by only 4%, and they mainly boosted by the new BMW 2-Series Active/Gran Tourer and VW Golf Sportsvan. These two scenarios illustrate the reason why Peugeot decided to move its nameplate from the MPV segment to the SUV one. 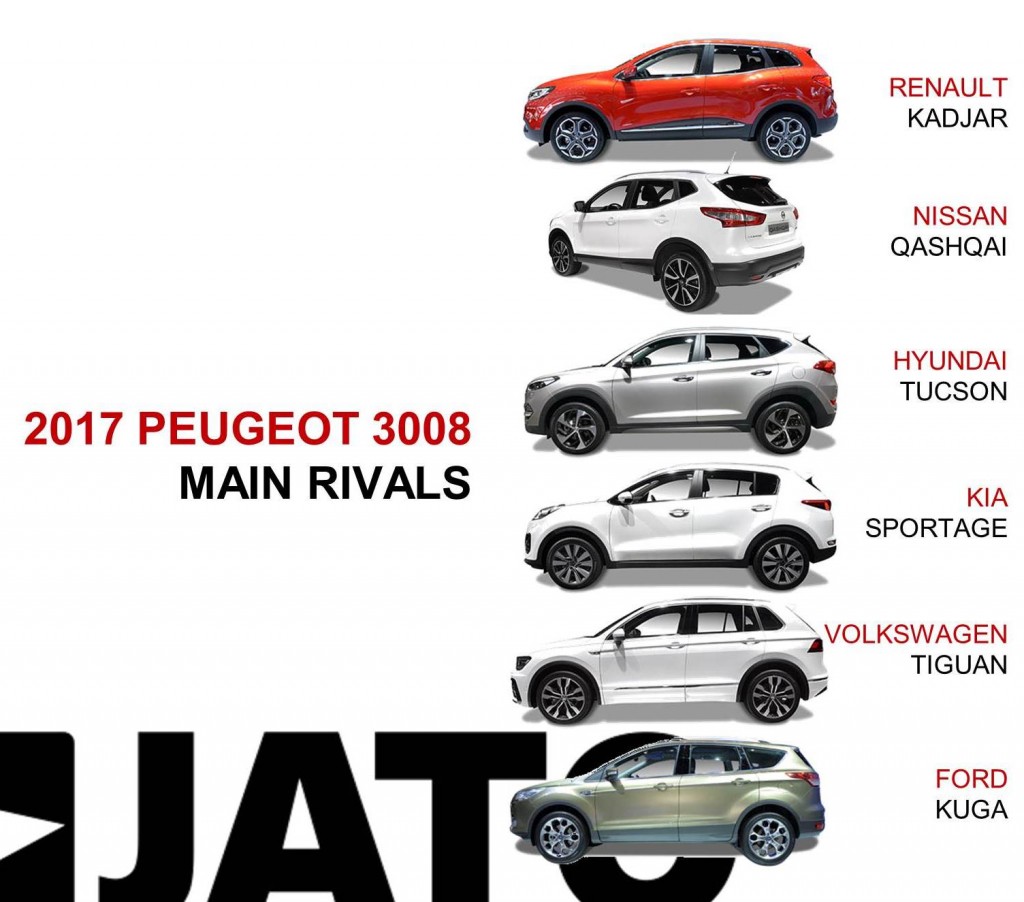 This new model will for sure take sales away from the Renault Kadjar, France’s best-selling C-SUV, and will have a negative effect on the Nissan Qashqai’s already stalled sales (-0.3% in Jan-Apr 2016). However it won’t be easy for the new-born Peugeot, as Volkswagen is recharged thanks to the new Tiguan, while Hyundai and Kia keep gaining positions thanks to their new Tucson and Sportage.

There are interesting differences between WLTP and NEDC which make WLTP values higher than their NEDC equivalents.… https://t.co/lvvdlnHhGs