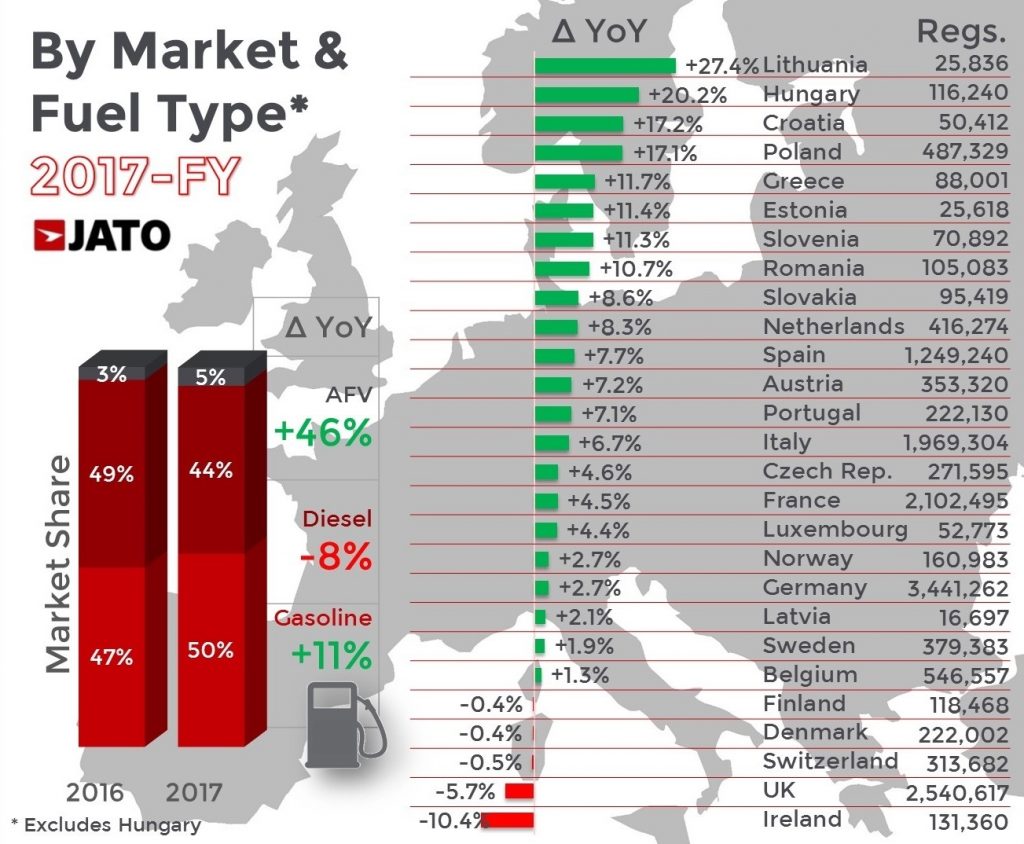 ”The vast majority of market growth in 2017 was driven by SUVs, which posted a record 4.56 million registrations in 2017. Comparatively, SUV registrations in 2016 were just 3.81 million units – meaning volume for the segment grew by 19.5% in 2017. As a result, market share for SUVs has jumped from 25.2% in 2016 to 29.3% in 2017. A sharp contrast to 2007, when SUVs represented just 8.5% of market share. This growth was possible thanks to the strong performances of the D-SUV, C-SUV and B-SUV sub segments, which grew by 34%, 21% and 17.5% respectively. The monumental growth of SUVs impacted the MPV segment, as MPV registrations decreased by 15.1% in 2017 – the lowest market share of the century,” commented Felipe Munoz, Global Automotive Analyst at JATO Dynamics. 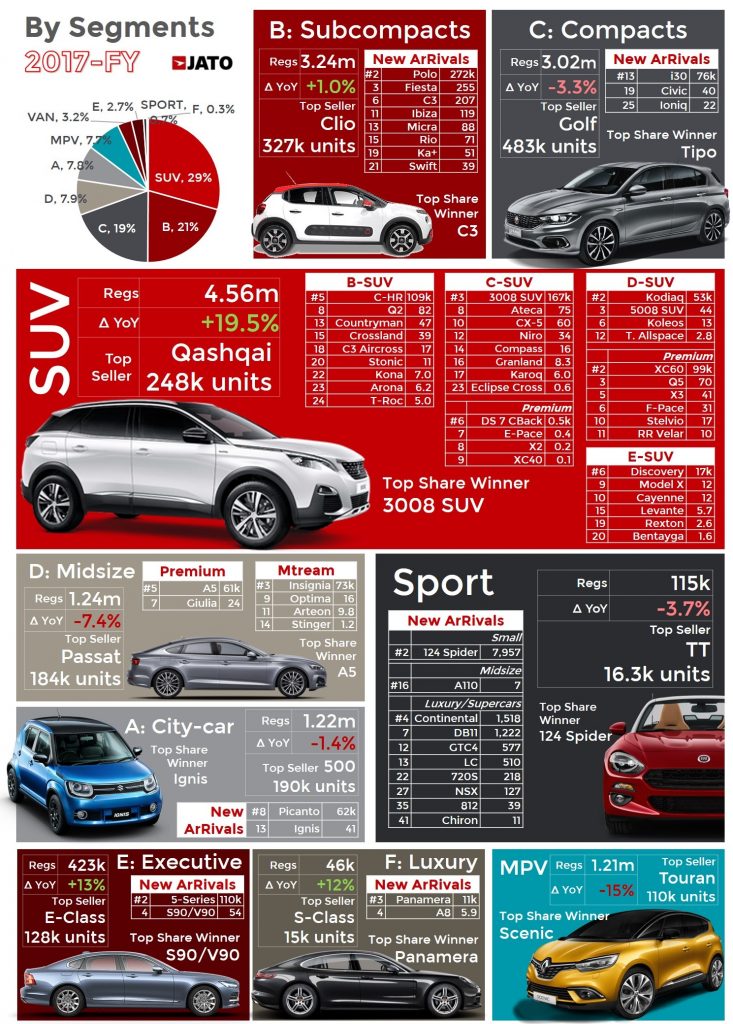 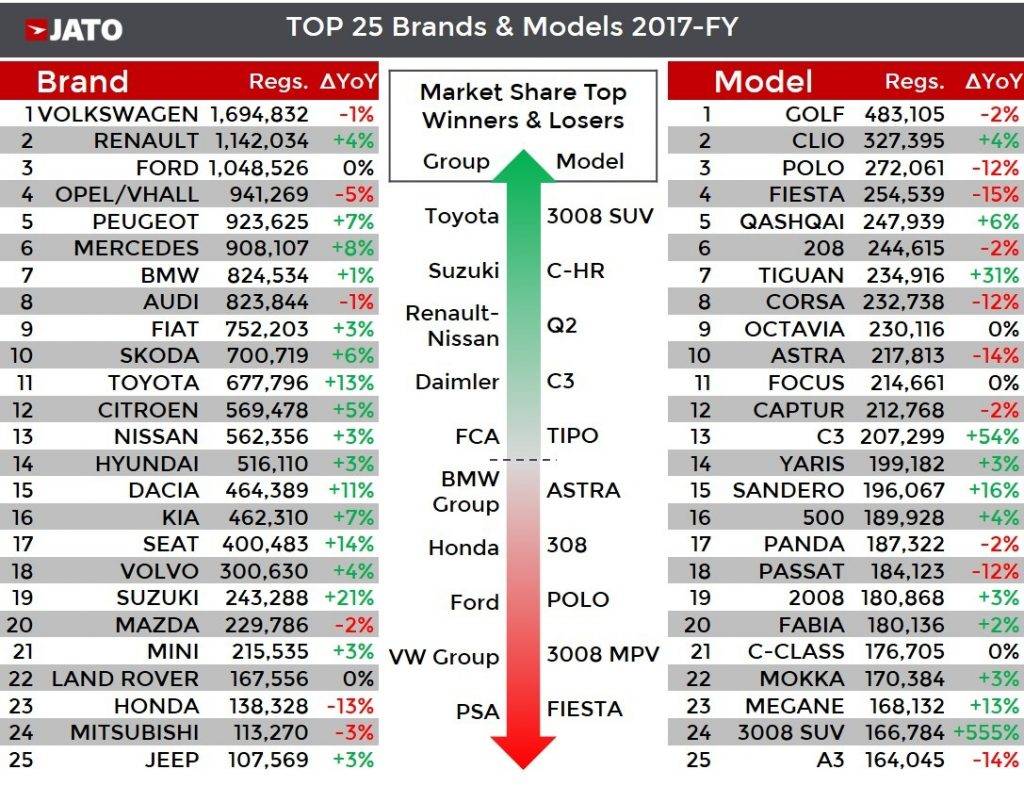