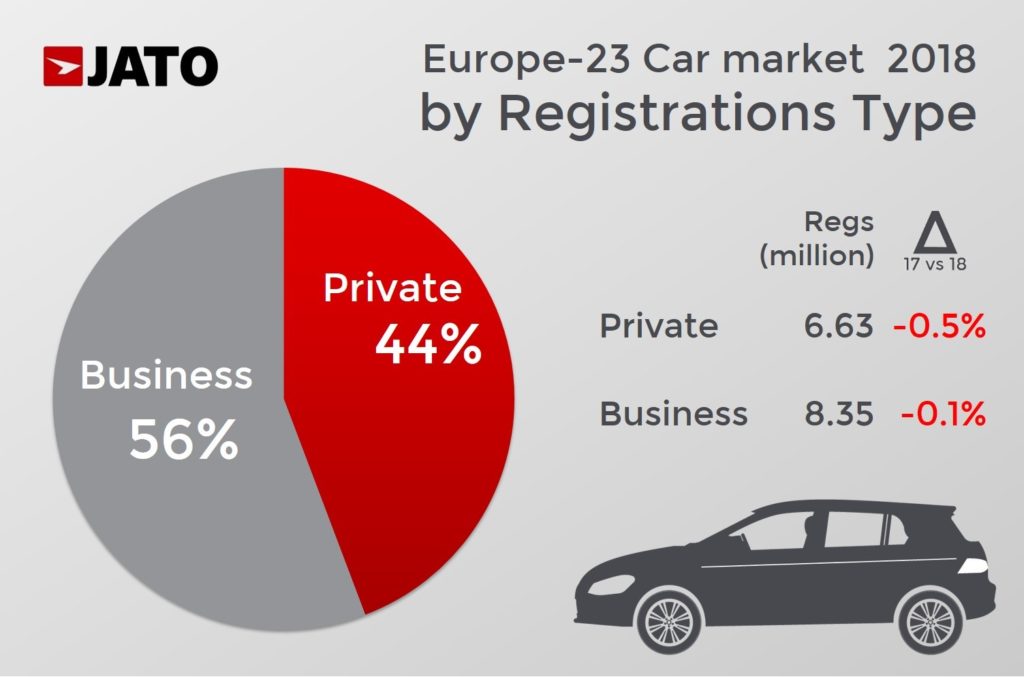 In fact, business registrations represented more than two thirds of total volume in 8 countries. Lithuania ranked first with almost 76% of the cars being registered by companies; this kind of registrations also includes the self-registrations. This is partially explained by the strong presence of the Modus Group: the owner of Lithuania-based CityBee, who is gradually becoming a big name among the car-sharing services in Europe. 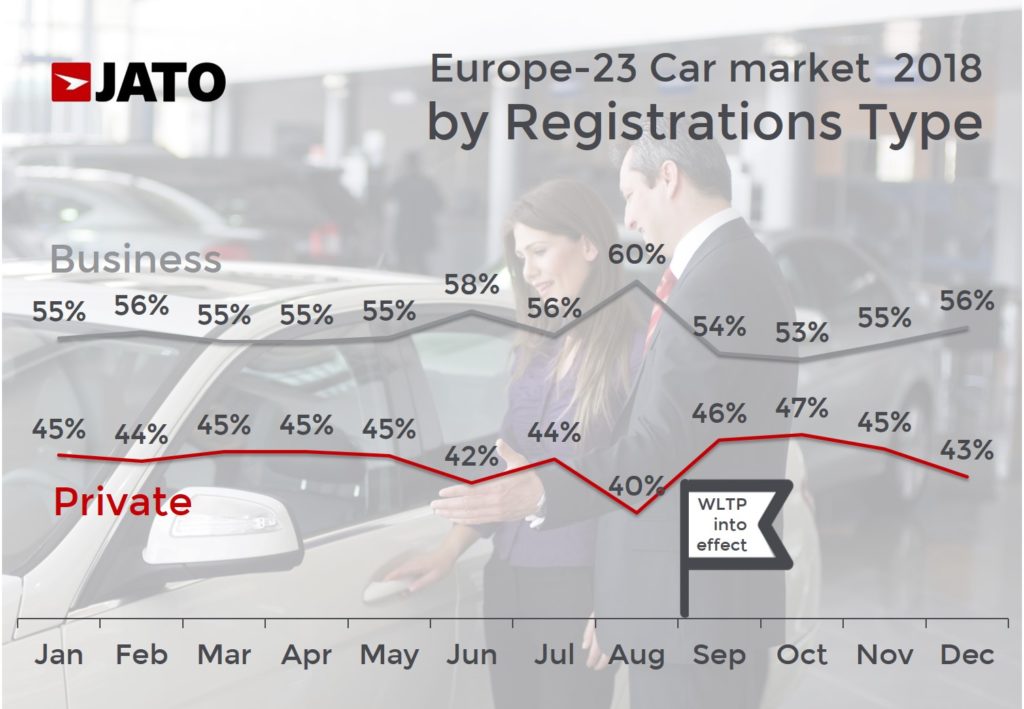 Business registrations also increased their share in 11 markets. Finland registered the highest increase, jumping from 67% in 2017 to 71% last year, following the growing importance of mobile-based mobility. Finland is highly committed to implementing alternative mobility solutions such as carsharing, ride-hailing, and subscription services. Companies looking to improve their mobility offering are increasingly making use of vehicle leasing as a solution. 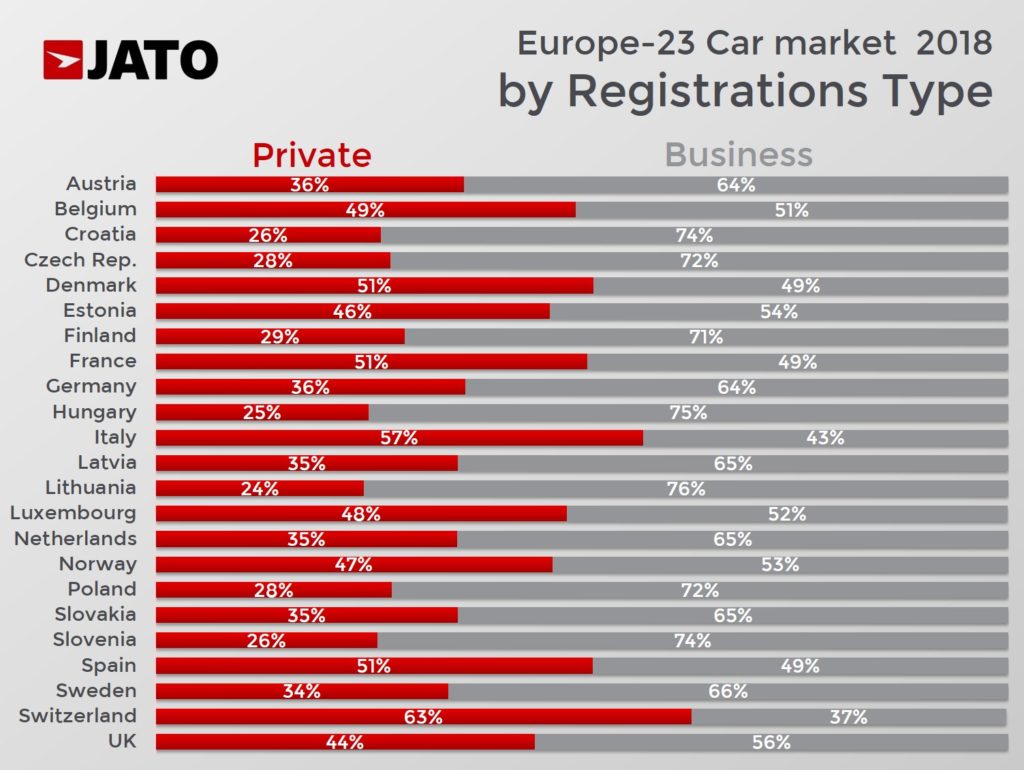 These types of registrations are more important for the premium brands, as is evident in the brand ranking. Volvo, BMW, Audi and Mercedes occupied the top four positions in the ranking by business registrations. As representative and executive cars, these brands are the most popular among company fleets. But for no-frills brands like Dacia and Suzuki, sales to fleets, dealers or companies do not represent a majority of their totals. 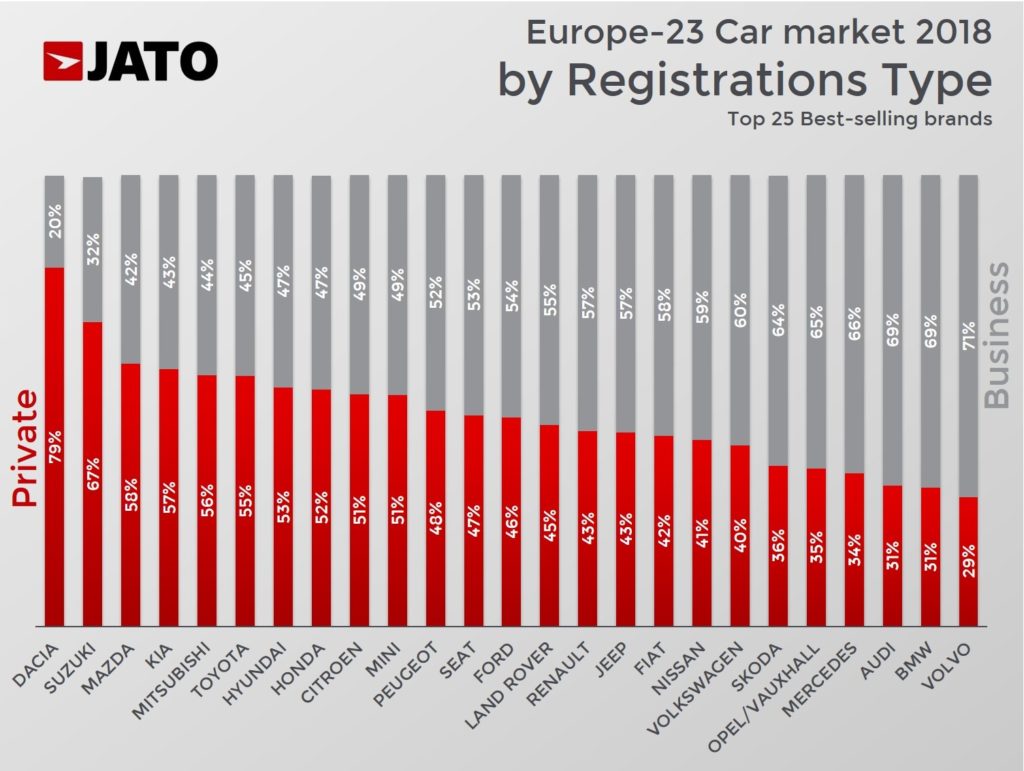 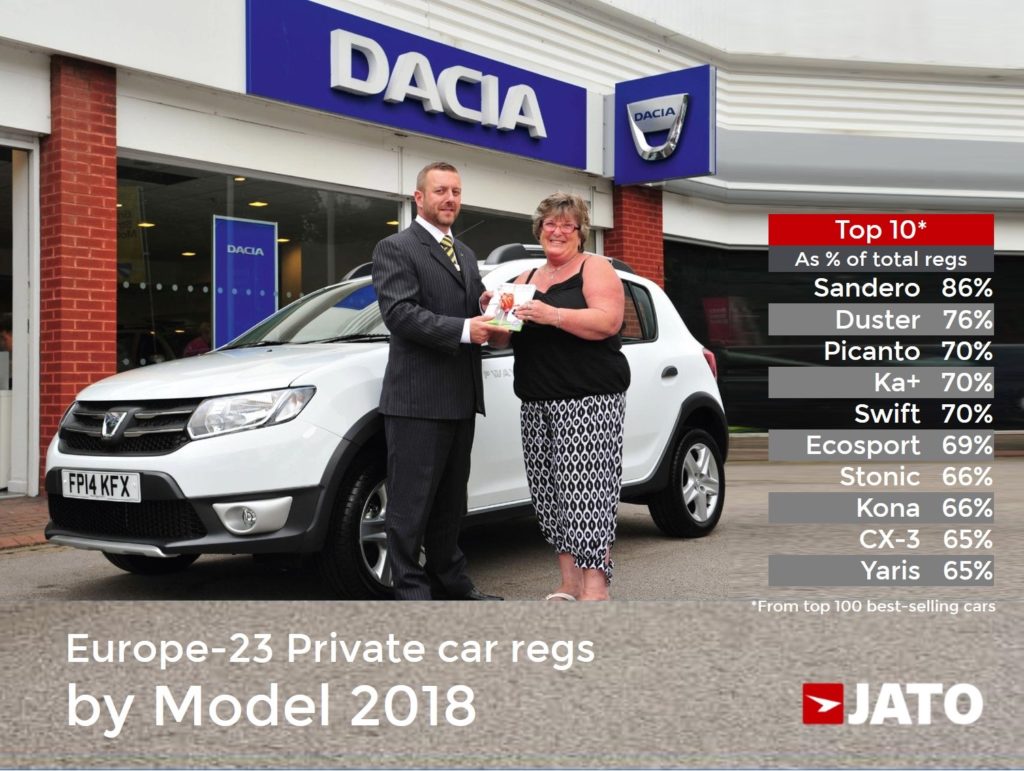 Private registrations can be a useful indicator of good health within the industry as the discounts policy is not as aggressive when compared to business/fleet registrations. Similarly, the demand is also boosted by awareness and good reputation among consumers. Based on this, it was a good year for the Volkswagen brand, which posted the highest total registrations volume since 1999. The brand also recorded the highest private registrations share increase, growing from 38% in 2017 to 40% last year. The T-Roc is to thank for this result. 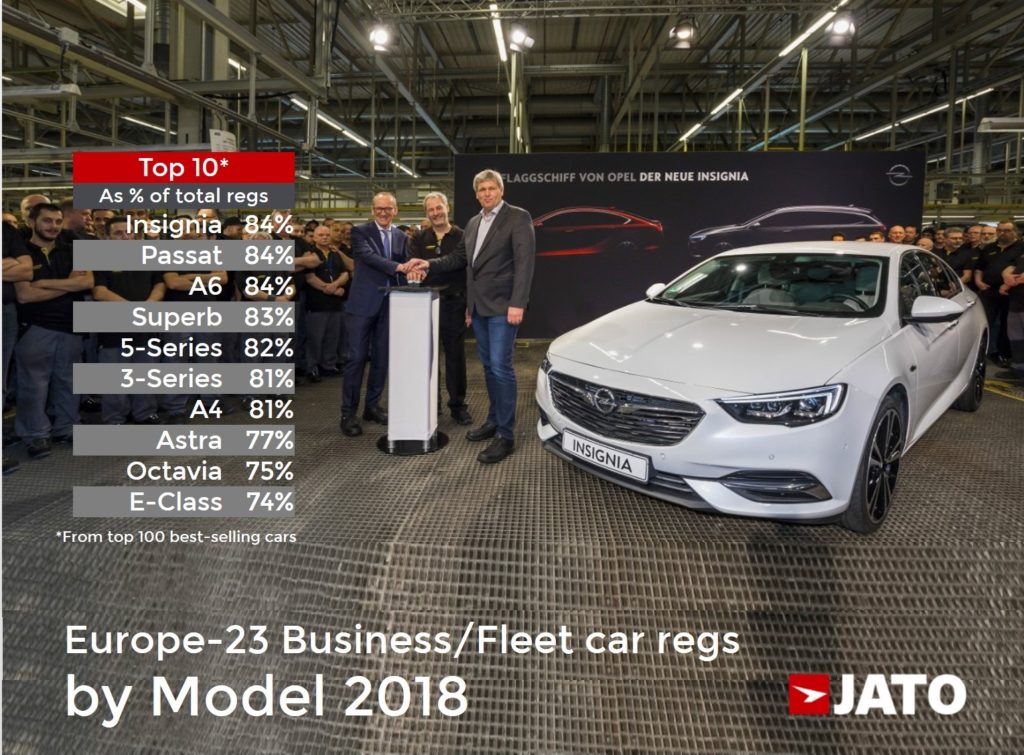 The introduction of WLTP in September had a big impact on business/fleet registrations, which had soared in the previous months. Nevertheless, their volume fell quite sharply in September when dealers couldn’t register the non-homologated versions of certain models. Under such circumstances, private registrations have gained relevance, with the data representing the real nature of the evolving market. Based on this, Dacia, Suzuki and Mazda are in the best positions, while Volkswagen, Ford and Nissan recorded the best performance.