March 2016 was another positive month for European new car registrations, ending a strong Q1 which saw sales of 3.93 million units, up by 8.1% over the first three months of 2015. Although volumes grew at a slower rate (+5.6%) than recorded in February 2016 (+13.8%), positive results in 23 of the 29 markets analysed meant growth continued. YTD figures showed gains in 26 markets, with 16 of them posting double-digit growth. The March SAAR came in at 14.98 million units. The SUV segment was the biggest growth driver, with its registrations counting for 25% of sales in March Q1 2016, an improvement on the 21.7% share this segment registered in March 2015 and during the first quarter of last year. B-Segment (subcompact cars) and MPVs suffered most, posting the highest market share loss. Click here for further details. 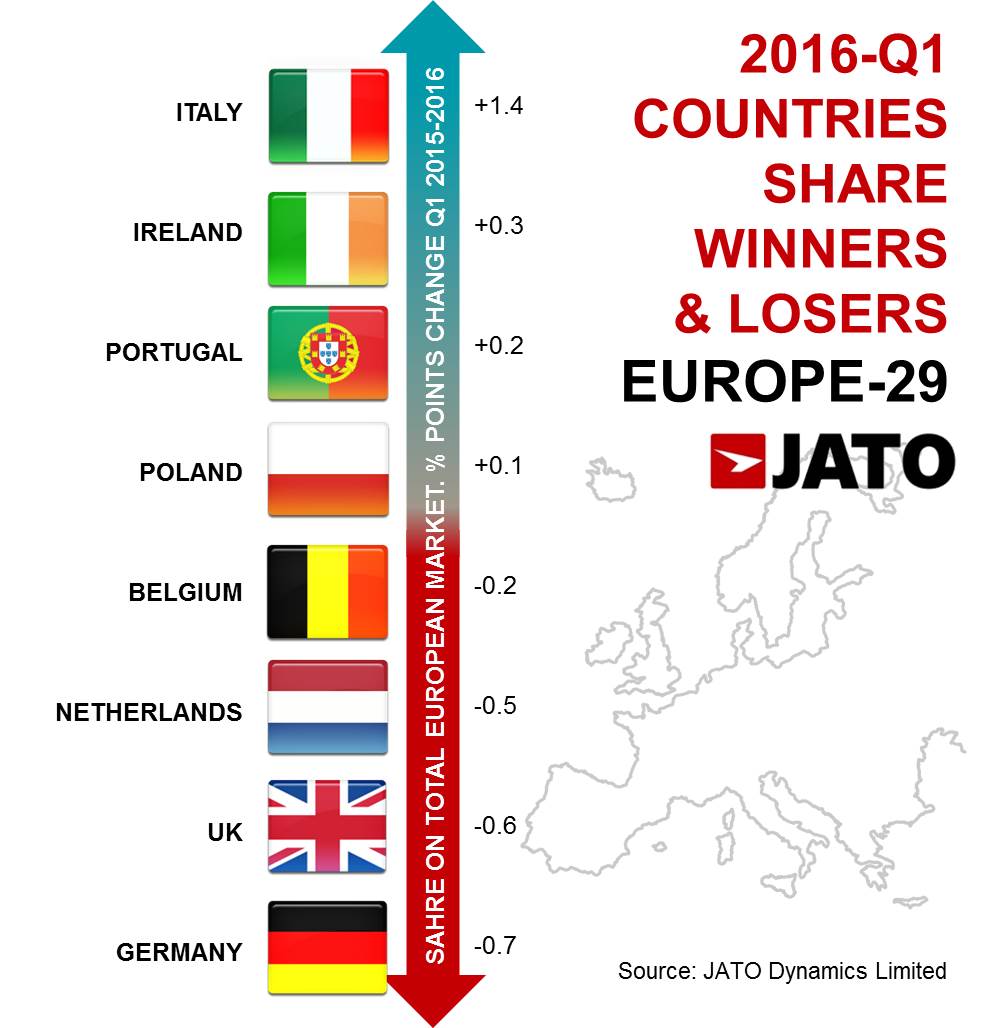 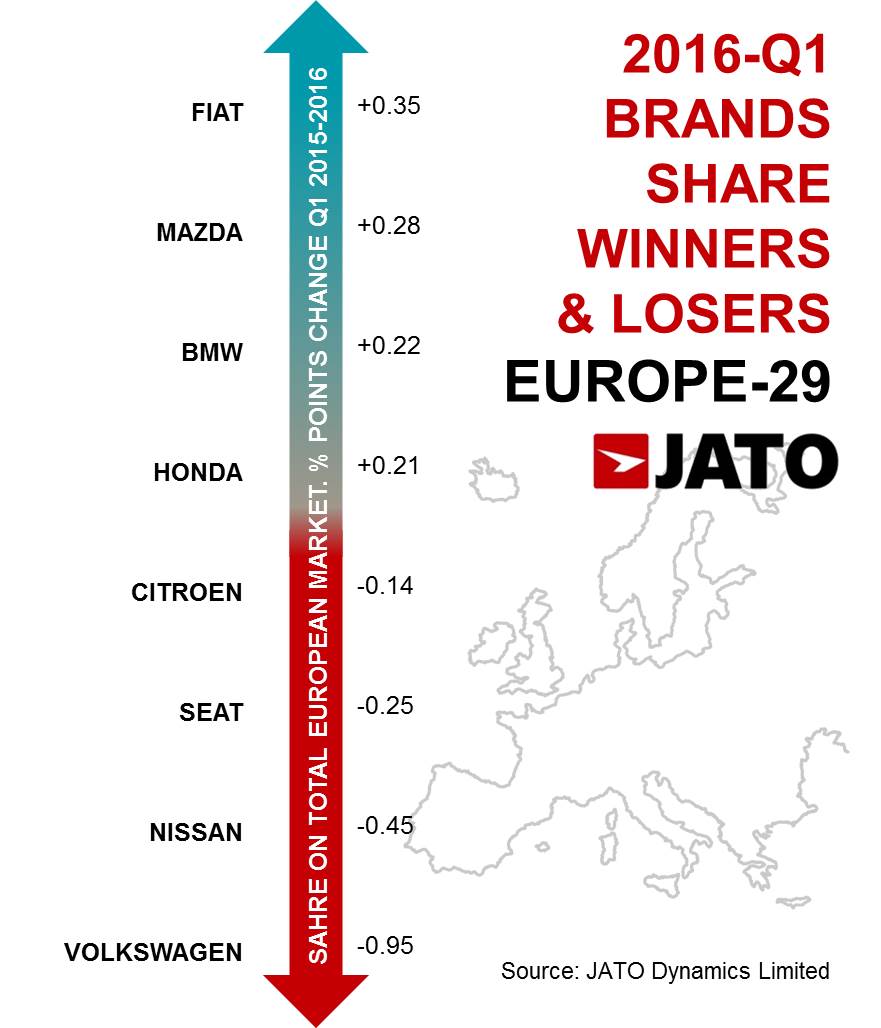 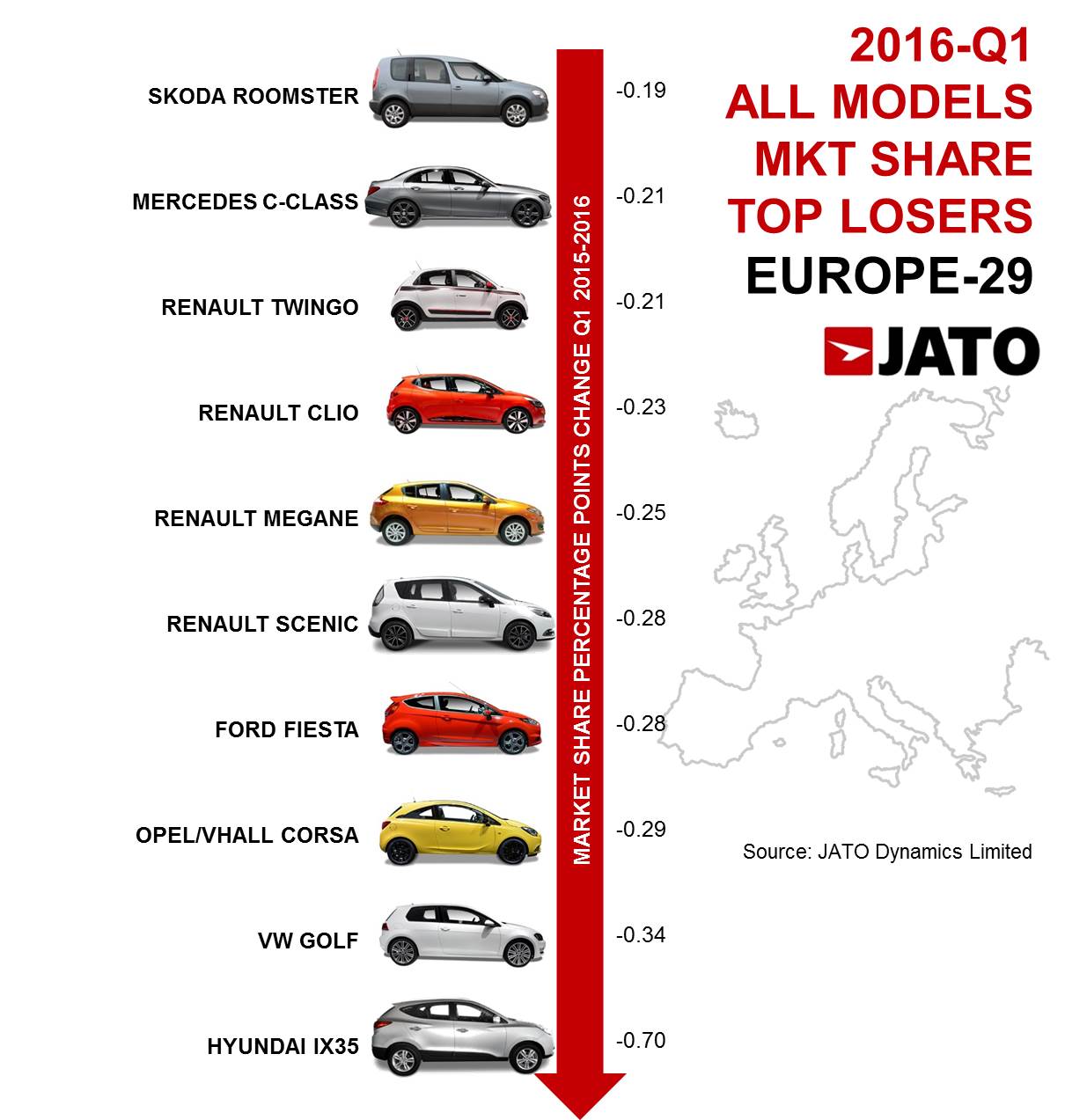