Despite the difficulties facing Europe’s subcompact segment, the key players are putting up a fight to maintain their positions. The new Volkswagen Polo and Ford Fiesta came out on top last year, and were two of the three top market share winners of the segment. Their renewal was in keeping with the usual lifecycle of production, but meant they were able to grab a piece of one of the most popular segment sin Europe. 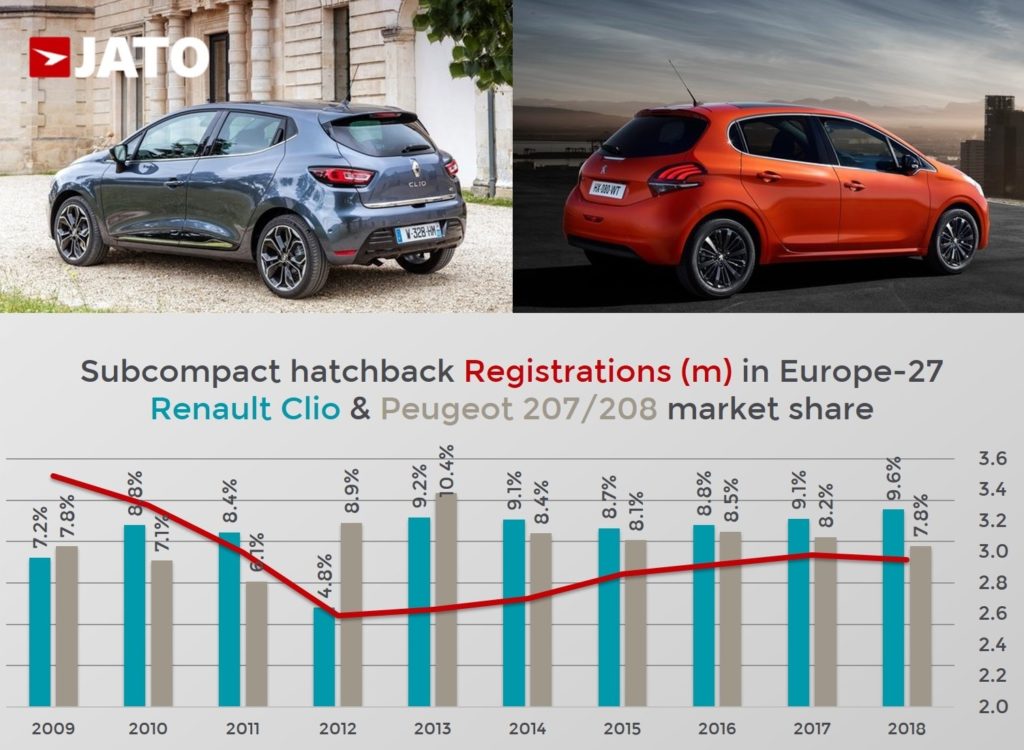 2019 could be the year for the new versions of the French top sellers, the fifth generation of the Renault Clio and the second of the Peugeot 208, which have been in the market since 2012 and have been among the top 5 best-selling cars in Europe. The former gets a bit shorter losing 5 cm of length, while the latter has gained 8 cm. The new Clio follows the German strategy of “evolution not revolution” in the way that its new design is focused on small improvements rather than big changes. In contrast, the look of the 2020 Peugeot 208 is totally different from its predecessor and instead adopts the latest design language of the brand. 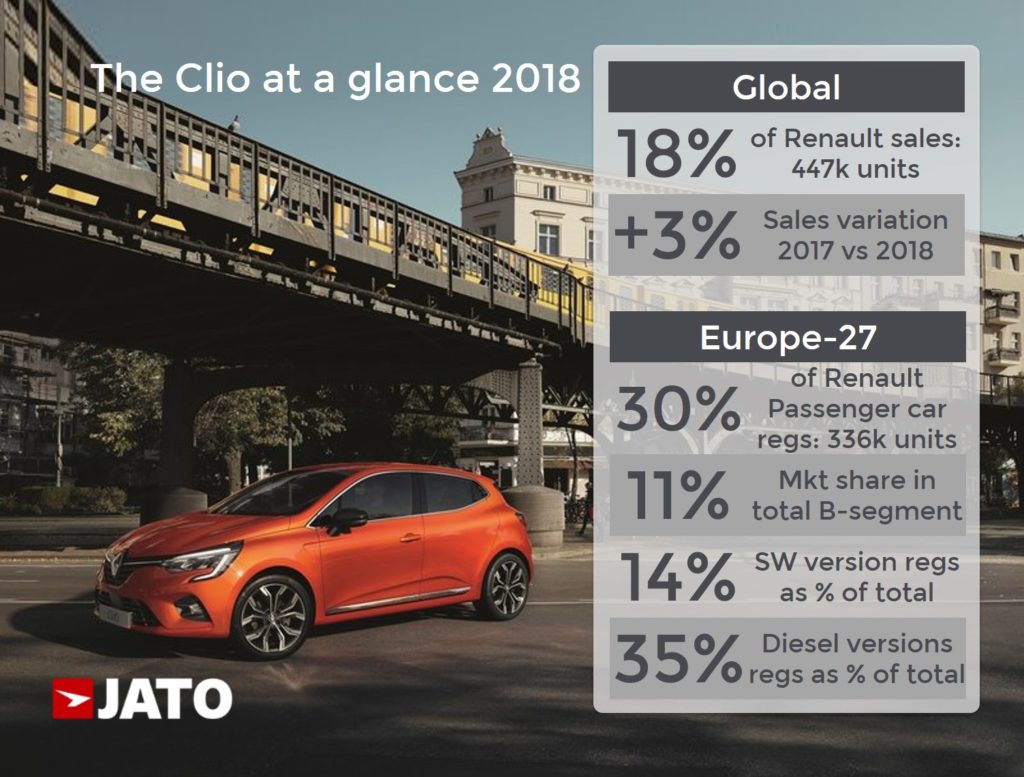 While they look modern and appealing, this may not necessarily translate into sales. The subcompact hatchbacks still move a lot of units per year, but demand is not growing. Last year a total of 2.95 million units were sold in Europe-27, down by 1%. Ten years before, in 2009, their sales totalled 3.49 million units. The drop is mostly due to the arrival and popularity of small SUVs, whose sales increased by 16 times over the same time frame. In fact, the falling status of subcompact hatchbacks is more noticeable when looking at their market share: dropping from 24% in 2009 to 19% last year. 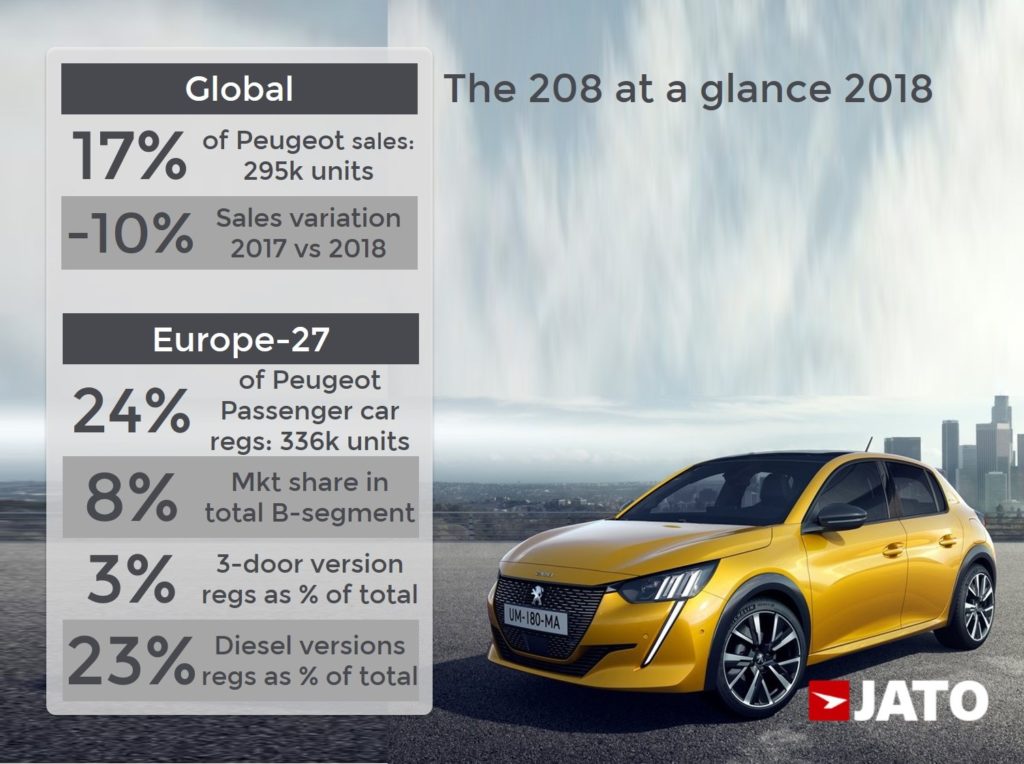 So how are they going to change this trend and appeal to more consumers? Their bet is on electrification. Renault is due to launch a plug-in hybrid model of the Clio in 2020, while Peugeot is introducing the fully electric e-208. This will be their second electric car after the timid start of the iON minicar. With these versions, both brands want to take up some of the increasing sales of alternative fuelled subcompact hatchbacks, which totalled 183,000 units in 2018, up by 28%. That’s 6.2% of the segment’s sales, not bad considering that diesel’s share was 13%. 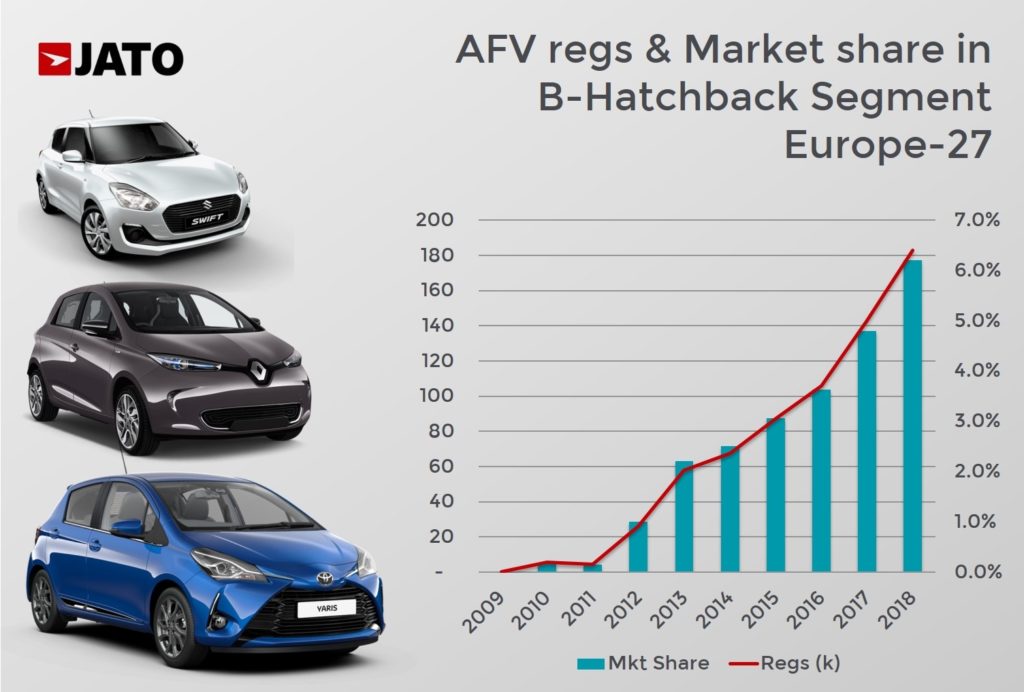 One last thing: none of the new models will feature a 3-door version. Renault dropped this version with the current generation, and the 208 will only be available in the 5-door HB version. This is due to changing consumer needs, with a shift to a more rational approach to buying a car. If the 3-door was considered the cool and appealing hatchback in the past, it is now barely considered by consumers who are looking for a more comfortable but still appealing car. Last year, the 3-door HB demand fell by 30% and counted for only 6% of total subcompact hatchback sales.